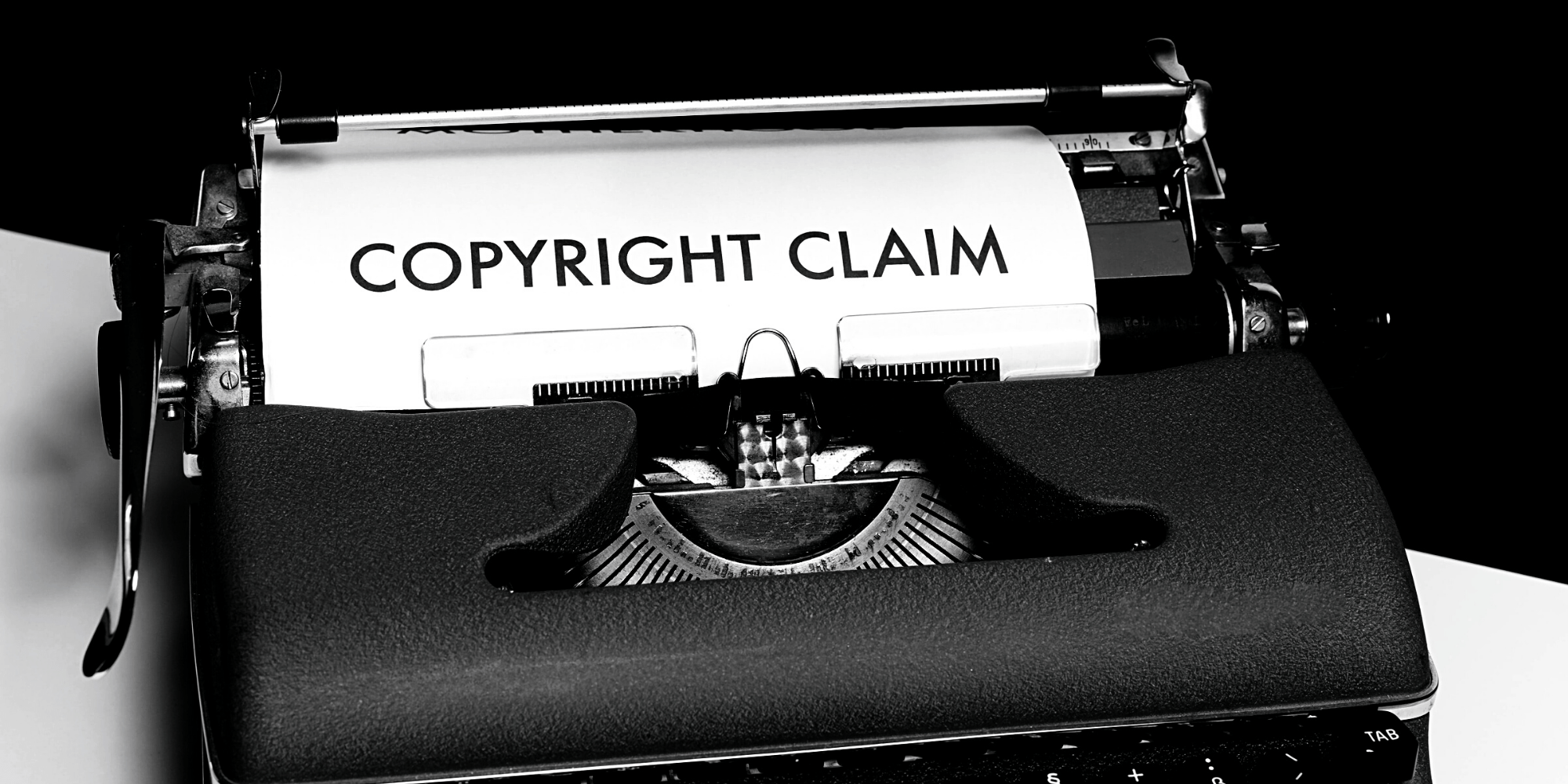 Recent discussions about the adequacy of a new Trade-Related Aspects of Intellectual Property Rights (TRIPS) waiver amid the COVID-19 crisis once again show that international law does, at least in some cases, not protect global human rights equally. In this regard, intellectual property (IP) law is no exception. Various researchers have criticized global IP rights (IPR) protection and have referred to IP law as a ‘neocolonial’ institution. This article will explore how IP law emerged in international and domestic law around the globe and provide a brief introduction to its history as well as the implications of the TRIPS agreement. Our next article will then look more precisely at the African and South African context of IP law and IPR protection.

An Introduction To IP Law And Rights Around The Globe

As Lodewijk Van Dycke explains in the article ‘Accumulation by dispossession and African seeds: colonial institutions trump seed business law’, which was published in 2021 in the Journal of Peasant Studies, the history of the strengthening of IP law goes back to the 1980s with “[p]ost-1980 IP law [being] an example of neoliberal policy-making [based on its design] to protect private investment by companies competing on a liberalised market”. Regarding IP law as a ‘Western organization’, which has been ‘imported’ to Africa in an attempt to primarily attract investments, as opposed to its goal to limit overaccumulation in the Global North, Van Dycke and Sekalala et. al. agree that global IPR seem somehow intertwined with neocolonialism. As Sekalala et. al. argue, the tremendous effects of IP law even spanned that far, that during the COVID-19 crisis, African countries were majorly disadvantaged in accessing vaccines. Referring to this phenomenon as “‘vaccine nationalism’”, the researchers show how too strict regulations have made the vaccines impossible to afford for African countries, of which some are already indebted. In addition, Sekalala et. al. emphasize that critical Global South scholars have long tried to raise awareness about the fatal choice to prioritize “property rights (including IPR) over other rights (especially the rights to health, life and equal benefit from scientific progress)”.

Whereas critical scholars might regard a shift in priorities as a progressive step towards incorporating property and IPR in international human rights law, other scholars have interpreted IP law as a manifestation of a ‘Western’ attempt to construct human rights in innovation in such a way that colonialism keeps being reinvented. As Catherine Seville explains in the article ‘The Emergence and Development of Intellectual Property Law in Western Europe’, patent law goes back to the Middle Ages, when it was associated with “privileges granted by states” rather than entitlements to individual inventions. Whereas understandings of ownership changed, among others, as a consequence of the Enlightenment, the way in which censorship emerged, for instance, shows that religious, political and economic factors were involved in claiming an invention one’s own. With changes occurring in the UK between the 1600s and the 1800s, in 1837, copyright would account for an “author’s life plus 60 years”.

As Mamadou Diawara, Professor of Anthropology at the Goethe University Frankfurt, confirms through experiences from his field research, in Africa’s past musicians and poets were not the true owners of their works, but the rulers were and that, during the times of the Kingdom of Ghana (4th-11th centuries), the Mali Empire (13th-16th centuries) and the Songhay Empire (14th-16th centuries), “works were produced in the context of the patron/client relationship between rulers and performers”. Consequently, as Diawara emphasizes, what we understand today when we hear the term ‘copyright’, emerged only after the establishment of the World Intellectual Property Organization (WIPO) in 1967 and an office in Mali. As Diawara underlines, the establishment of this copyright regime was a ‘Westernized’ invention by the United Nations (UN), whose Development Programme (UNDP) promoted it alongside the notion of development. What appears critical in this regard is the fact that IP law was explained to have different purposes in the Global North (i.e. preventing overaccumulation) and the Global South (i.e. attracting investments) as mentioned above.

As Sekalala et. al. additionally remark, TRIPS facilities could neither solve the ‘vaccine nationalism’ issue nor possess the ability to make global IP law any less ‘neocolonialist’. As the researchers specify, first, TRIPS facilities are only an option for countries, who have implemented respective local laws, which facilitate the rather time-consuming TRIPS process. Second, global IP law – whether in line “with TRIPS, or subsequent bilateral and multilateral agreements”, are regarded as only one “part of a wider legal system which facilitates global neocolonialism”. Especially the COVID-19 crisis has been said to have reflected various dimensions, in which neocolonialist dynamics play out as a consequence of fitting IP law frameworks at the domestic, regional and international level. Gillogly even goes that far to state that “industrialized nations have used IP and trade negotiations to further fragment and exploit African markets”, which is why the researcher suggests that the upsurge of regionalism on the international political landscape, constitutes a unique chance to renegotiate TRIPS flexibilities. And while the latter stands in contradiction with the argument that TRIPS facilities do not really renegotiate ‘neocolonial patterns’, this argument should be considered.

In a nutshell, the Agreement on Trade-Related Aspects of Intellectual Property Rights (The ‘TRIPS Agreement’), which was signed in Marrakesh, Morocco, on 15th April 1994, has been described by the World Trade Organization (WTO) as the “most comprehensive multilateral agreement on intellectual property”. Constituting a part of the WTO’s dispute settlement mechanism, the TRIPS agreement has been emphasized to have a special importance with regard to the penalties in global trade. Especially, as the agreement puts an emphasis on the protection of IPR as intertwined with technological development and innovation, the importance of its renegotiation might impact a global digital future. Having assessed what the TRIPS Agreement means after 25 years of its adoption, Athreye, Piscitello and Shadlen argue that TRIPS facilities have a minor influence in comparison to de jure and de facto enforcement practises of IP protection that fundamentally diverge, especially in a range of middle- and low income countries.

With the TRIPS Agreement stating that it recognizes that “intellectual property rights are private rights”, the dominance of the state and domestic lawmaking in global IP protection appears somewhat controversial. Despite that there are good arguments against a global and, especially a ‘Westernized’ approach to IP protection, a global approach would ideally exist to avoid that states can overly instrumentalize IP protection laws and enforcement for economic and political purposes, which are unrelated with the best interest of IPR holders. On the one hand, the institution of IPR was interpreted to serve the regulation of markets. On the other hand, TRIPS facilities have been pointed out to “[serve] as an exogenous shock that changed the distribution of incomes between innovative and non-innovative business groups”. As the digitization of societies and, on the broader scale, life is progressing, it should be considered that replication might be a dominant feature of both, certain kinds of digital innovation and the process of digitization overall.

As Athreye, Piscitello and Shadlen emphasize, IPR protection needs to come along with a view for balance. Innovation needs to flow and not be restricted by IP law, but incentives also have to be provided. At the national level, therefore determining the scope of patentability, applicable exemptions to the rules and the duration of patentability need to be discussed. At the global level, the status quo of (technological) innovation arguably also needs to be respected as do other aspects of socio-economic development and development in general. This argument is strengthened by that of the latter researchers, who claim that the TRIPS Agreement almost ‘forced’ countries with a large market and weak innovative potential to adopt less strict national policies towards IP protection in a broader attempt to still attract investments. One different way to approach IPR at the international level, as the researchers continue to explain, is through more detailed clauses in Preferential Trade Agreements (PTAs), whereby PTAs between significantly more and less innovative countries have tended to include such to date.