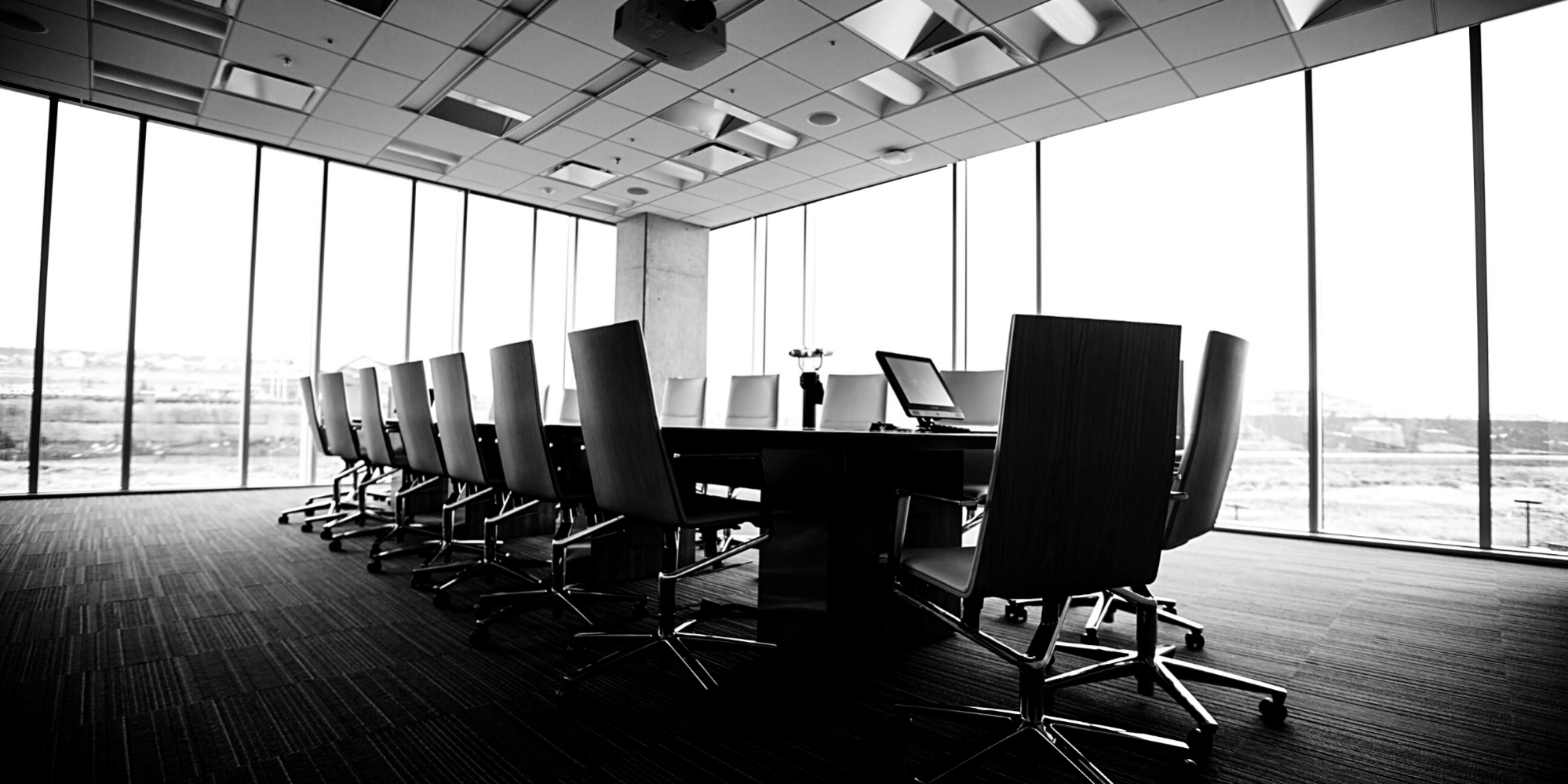 What IPR Protection And IP Law Can Achieve For The Global South: Theoretical & Practical Lessons For A More Equal Future…

As Hanani Hlomani, an intellectual property law graduate from the University of Cape Town and Associate at AfriConsult Firm, writes in an article on Afronomics Law, it is of crucial importance to understand South Africa’s approach to intellectual property (IP) law, because it is one of the African countries, which has neither adopted the approach of the African Regional Intellectual Property Organization (ARIPO) nor the Organisation Africaine de la Propriété Intellectuelle (OAPI). And as it states on the website of the ARIPO, as of July 2022, it counts 22 African countries, which are largely located in Africa’s Southeast (i.e. Kenya, Tanzania, Mozambique, Zambia, Zimbabwe etc.) to its member states. Meanwhile, the OAPI has been joined by countries such as Benin, Burkina Faso, Cameroon, Equatorial Guinea, Senegal and the Republic of the Congo, which are located in East Africa. Whereas our last article provided a brief history of IP law and rights across the globe, this article will provide more insights into the relevance of IP law for the Global South and a ‘regionally just’ IPR protection in Africa.

Theorizations About IP Law For The Global South: ‘Advancing Humanity’

As Loretta Feris wrote back in 2004, the protection of IP rights cannot exclusively be explained through the goal to prevent overaccumulation in the ‘West’ and accelerate investments in the Global South. The protection of IP rights could also be argued to be intertwined with the aim to protect human creativity and its products through adequate legal measures. Whereas the emergence of IP law must certainly be interpreted from a wide range of different perspectives in order for any attempts to law-making and amendments to be in the best interest of IP rights holders, Feris’ point allows to examine the epistemological underpinnings of the reasons why IP rights protection matters today. What is the common narrative, when it comes to explaining what IP rights seek to protect and how have different actors come to construct such a narrative? That is a question, which must be asked to explore the motivations behind IP rights protection and the potential, respectively the capabilities, of IP law.

As Feris continues, the protection of “the products of human creativity” intersects with the protection of knowledge per se and the protection of traditional knowledge (TK) in particular. It is in this context that the impression emerged that “the sharing of knowledge should carry monetary value”, because the process of ascribing TK monetary value allows for an equal spread of and respect for knowledge in a world (i.e. because innovation and entrepreneurship put knowledge into ‘real life’), where ‘Western’ knowledge has arguably attracted more attention based on historical phenomena such as imperialism and colonialism. Whereas Feris does not emphasize this connection, the argument that knowledge carries monetary value makes perfect sense considering the emergence of knowledge capitalism. As Nico Stehr writes in the preface of his book ‘Knowledge Capitalism’,

“The legal encoding of knowledge through national and international law is the lever that enables the transformation of the knowledge society into knowledge capitalism. It is the TRIPS agreement […] that is the backbone of the modern, legal encircling of knowledge […] Although knowledge capitalism is primarily an economic development, the warranted suspicion is that the new digital giants […] have significant effects on the social structure and culture of modern society”

Whereas one could criticize Stehr for claiming that the TRIPS agreement is “the backbone of […] modern, legal encircling of knowledge”, especially because it has been highlighted before that the TRIPS agreement runs failure to reproduce neocolonialist dynamics through the body of international law, his point that emerging digital conglomerates could have a considerate impact on the way in which society relates, appears important in the light that the ownership of knowledge allows big businesses to ‘sell’ new kinds of relationships and interactions. What has been less frequently emphasized, is that IP law does not only tackle the issue of ownership, but that it also allows to ‘preserve’ certain kinds of knowledge. The latter is to say, knowledge which is protected by IP law is also more likely to be ‘respected’ and ‘remembered’.

In other words, IP law might not only increase the monetary value of knowledge, but it might also increasingly lead to raising the ‘reproductive value’ of knowledge, which is the same as its innovation potential. Especially because the digitization of societies and their functioning (i.e. interactions of all kinds) may lead to an increase in abstract knowledge and fractures of knowledge, which often have a practical value (i.e. artificial intelligence, machine learning),  the protection of TK within IP law could also be connected with the effort to prevent that TK (i.e. non-abstract or non-digital) becomes sidelined. From a decolonial perspective, such an effort would prove that IP law could be instrumentalized in upcoming decades to work towards both the protection of products of human creativity, TK and indigenous respectively local rights, and equal access to the global creation, production and spread of knowledge. Depending on the ways in which IP law will be reformed or not, the latter may refer to the protection and preservation of theoretical and/or practical knowledge.

Amending and transforming IP law to include the latter aspect might somewhat contradict with approaches to the transformation of IP law, which have come to accept that knowledge has at least somewhat become a commodity. As Steven Ratuva, Distinguished Professor in Anthropology and Sociology at the University of Canterbury, argues in a blog article about the “Hierarchies of knowledge”, the marketization of knowledge has both led to the “[normalization of] the dominance of western knowledge” and a change with regard to the way, in which we value knowledge. Rather than seeing knowledge as a chance “for the advancement of humanity”, knowledge has become an economic opportunity. While Ratuva’s critique which addresses the intersection of knowledge and power is certainly important and relevant, especially to raise awareness of neocolonial practises around the ownership of knowledge, it should not be excluded per se as a possibility that the Global South could thrive on a form of IP law, which protects TK and creates socio-economic opportunities.

On the one hand, such opportunities matter because TK, which is ‘put into practice and products and services’ (i.e. through entrepreneurship, even as a ‘business ethos’ or operating mode), potentially reaches a larger community with outreach arguably constituting a chance to create awareness for TK and alternative livelihoods as well as an engine of economic profit. On the other hand, one may have to explore how high the profit from royalty payments is in comparison to the cost of the latter. Royalty payments are a two-sided story and the state of technological innovation in the Global South as compared to that of the Global North, in some regards, may be hindered by the general state of societies (i.e. lack of infrastructure, energy, funding etc.). This being said, one may have to go back to Ratuva’s argument and apply it to the domain of IPR protection. To sum up, IP law might have to be transformed with the moral obligation in mind to promote knowledge “for the advancement of humanity”.

The TRIPS Agreement has been signed to date by 110 countries such as Mauritius (16 April 2008), Egypt (18 April 2008), Morocco (2 December 2008), Senegal (18 January 2011), South Africa (23 February 2016), Nigeria (16 January 2017) and Congo (31 October 2017) with members have been giving a deadline until 31 December 2023 to accept the 2017 amendment of the agreement, which replaced the 2003 waiver, that originally seeked to enable cheap drug imports, when in fact, the COVID-19 crisis has proven that an additional and more effective waiver is needed. As Medecins Sans Frontieres (MSF) stated on its website in June 2022, the COVID-19 crisis demands for a real waiver “covering all COVID-19 medical tools […] in all countries”. The latter demand is one of the samples of the critique at the TRIPS Agreement. As mentioned above, the TRIPS Agreement, similar to IP law per se, has been criticized for being a ‘Western organization’, which reinforces neocolonial dynamics, in this case, through “‘vaccine nationalism’”. In contrast, the Pan African Intellectual Property Organization (PAIPO) was planned to be established in an attempt to…

§3, Statute of the PAIPO

As the Statute of the PAIPO states, it regards intellectual property as inclusive of, among others, creations of the mind; indigenous knowledge systems; intangible assets of brands, designs etc..; products created by authors, performers, producers and broadcasters; and products that result from “intellectual activity in the industrial, scientific, literary or artistic fields”. Among it many planned objectives were thereby, the “protection and exploitation of intellectual property rights within the Member States, including conclusion of bilateral and multilateral agreements” (§4h, PAIPO) and “the establishment of continental databases on generic resources, traditional knowledge and traditional culture expressions and folklore in order for Member States to derive regular and maximum benefit” (§4i, PAIPO). As the emphasis on regular and maximum benefits shows, competition and IP law have certain overlaps, whereby Stakheyeva reminds that “IPR holders with a strong market power” have to pay the most attention to the implications of competition law.

As the Statute of the PAIPO shows, if it had successfully entered into force, it had only been legally binding for Member States of the African Union (AU) and it could not have provided implications for interregional trade and ‘IPR (social) justice’. Having been amended various times, for instance in 2012 and 2013, the PAIPO had symbolically and practically stood for the AU’s commitment to IPR protection as part of the African Continental Free Trade Area (AfCFTA). Instead, the ARIPO has been told to use a “harmonisation model” to allow its Member States to join IPR protection protocols individually and the OAPI has been told to rely on a unitary IPR protection system and legislation. Constituting both regional IP law instruments, various countries in the AU have also joined two or more international agreements that relate to IPR protection. As Ncube lays out,  the most well-known international IP law instrument is indeed the TRIPS Agreement, which constitutes a minimum standards agreement.

Other international IPR agreements, which one or various African countries have ratified until 2015, are, for instance: the Berne Convention for the Protection for Literary and Artistic Works (1886); the Hague Agreement Concerning the International Registration of Industrial Designs (1925); the International Treaty on Plant Genetic Resources for Food and Agriculture (2001); the Madrid Agreement Concerning International Registration of Marks (1891); the Nagoya Protocol on Access and Benefit (2010); the Paris Convention for the Protection of Industrial Property (1883); the Patent Cooperation Treaty (PCT) (1970); the UN Conventionon WIPO and many more, whereby Morocco, Egypt, Togo, Guinea, Kenya and Algeria had ratified the most international IP treaties until the end of 2015. As Ncube argues, “[n]ational governments on the African continent are increasingly constrained by international IP law when seeking to tailor their approaches to localised knowledge governance priorities”, whereby tensions between the ‘international harmonization’ of IP laws and the ‘regionalization’ of IP laws exists. Whereas the scope of this article does not allow for an in-depth analysis of the ratified international IP treaties, it could be concluded for now that international IP law should allow for the ‘regionalization’ of IPR protection based on the initially introduced view of knowledge as a chance “for the advancement of humanity”.