BIPoC Founders From All Across The Globe 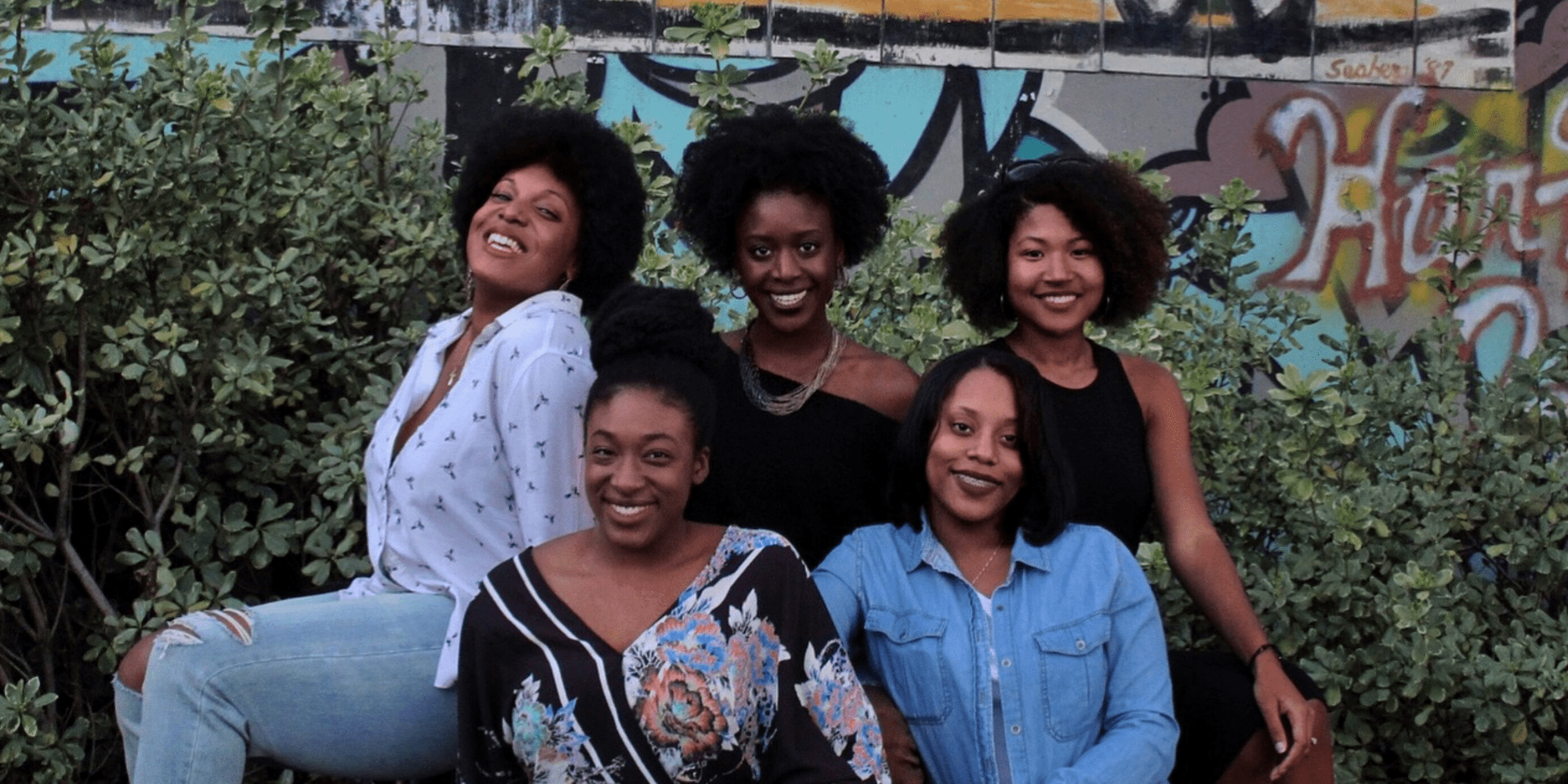 Introducing The First 5 Women BIPoC Founders From Our Video List…

Despite that many efforts have been taken to take a grasp of what has currently been happening in the EU’s and Germany’s start-up ecosystems, there is still a rampant lack of comprehensive research – made publicly available – to celebrate the successes of BIPoC founders and create awareness around their needs for additional support in the EU’s business scene. However, organizations, which represent a certain minority group, have in some cases gathered their efforts to visualize the achievements and circumstances of respective founders. What still seems to be missing – is a collective effort to form a network – to make it possible to lobby for BIPoC entrepreneurs and founders overall! This article will provide a brief overview of the work of five women BiPoC founders – those, from our first video portrait! If you’re curious about the impact they make, then tune in…

As we already hinted in our video, Ugochi Uwo is the founder of Flindel, an e-commerce start-up from Austin, which was founded in 2018 with the overall goal to decentralize commerce returns through cryptocurrencies. But, how does this work exactly? Flindel returns seek to guarantee three things: 1.) Easy and Customer-Friendly Returns – rather than having to run to the next post office, Flindel seeks to make sure that you can return products from the comfort of your home; 2.) Fast Refunds – rather than waiting up to three months for your money, Flindel allows you to receive a payback within a couple of minutes; 3.) The Opportunity To Build Your Own Cryptocurrency Portfolio – rather than just getting your money back, Flindel allows you to learn about the cryptocurrency world and become an expert. With the launch of the FLIN Network in September 2022, “onboarded merchants will be able to accept the FLIN token in store” and peer-to-peer/ peer-to-merchant transactions will be enabled.

Whereas FLIN has not yet announced its cooperational partners, it might certainly be a good idea to follow up on this. Wherever the efforts of Ugochi Uwo and Flindel will lead, it really needs to be emphasized what a great and scalable project the FLIN Network constitutes – even if the world of cryptocurrencies is a yet contested one. As the female founder told the Women of Influence online magazin in 2020, especially in the light of the COVID-19 crisis, she wanted to make a difference with an impact on the immediate satisfaction of consumers. Returning products should be easy – just “as easy as ordering a pizza from your phone” and successful start-ups need to take risks in order to gain a hold on the market. As Ugochi Uwo says, “One of my favourite stories is that during the 2008 US Presidential elections, a struggling company at the time paid off over $20k worth of credit card debt by producing limited-edition cereal named after the leading candidates, Barack Obama, and John McCain. That company grew to be what we all know as Airbnb”.

Having revealed this in our BIPoC founders video, Loubna Messaoudi is the founder of BIWOC* Rising – which, among others, is a ‘co-working and safe space’ for the BIPoC community in Berlin. Knowing very well that gentrification is “pushing marginalized groups out of the city”, BIWOC* Rising has turned it into its mission to strategically support women, transgender and non-binary people, who cope with various kinds of discrimination at the same time, keyword: intersectional discrimination. Next to focusing on the BIPoC community and the afore-mentioned groups, BIWOC* Rising is also actively supporting those with migratory experiences and the ‘working classes’. It starts with the assumption that everyone needs a ‘safe place’ – one, where they can be themselves, think, create and decide on the impact they want to make. And the latter makes much sense, especially because the QTIBIPOC* community was found to “[tend] to be more isolated from their families, unemployed or homeless”.

However, while BIWOC* Rising constitutes a co-working place – and the only one of its kind in Berlin, it has much more to offer! Among others, Messaoudi’s start-up works towards the representation of the BIPoC community, networking within and across this community, innovative and relevant workshops, an inspiring podcast, events (i.e. writing labs, book readings, panels etc.) and videos which explore harmful discourses. Some of BIWOC* Rising’s most recent events have been the ‘Blockchain & Crypto 101 with Femme Capital’ workshop and a ‘Financial Empowerment’ workshop with Katti Jisuk Seo, a German-Korean author, story consultant and life & business coach from Berlin, who has her own expertise in non-violent communication, visual storytelling and systemic solution-focused coaching. In other words, what BIWOC* Rising brings together a mindful community of inspiring humans, who dare to shine in the light of diversity and break with Berlin’s “homogenous, capitalist” working culture.

As revealed in our video, Jamilah Bagdach and Wandi Wrede are the founders of Stolze Augen Books, a Cologne-based publishing company, which aims to make the voices of BIPoC* writers heard, especially based on their need for a ‘safe space’ in Germany’s literary scene – such, which also allows to share their experiences with discrimination in the country. Similar to BIWOC* Rising, Stolze Augen Books thus constitutes a BIPoC-led start-up that immediately works towards the inclusion of this very community – towards their rights and towards ‘safe spaces’. The latter arguably emphasizes that writing can be a tool for liberation and that the representation of the creative works of the BIPoC community directly comes along with the representation of this community overall. Jamilah Bagdach and Wandi Wrede are still students, but the need for representation and activism also starts at an early age.

In an ever changing, multicultural and highly mobile world, Jamilah Badach and Wandi Wrede highlight the need to respect the perspectives of others and to believe their experience, because only by walking in others shoes – we can truly stand up against discrimination and racism. As Wandi Wrede told the MuxMäuschenWild Magazine, in the future she hopes that “racism will not only be recognized as such, but also be sanctioned”. If the work of these two inspiring, creative, intelligent and assertive founders raised your interest, then you might want to order one of the books, which Stolze Augen Books currently holds available to read and discuss! One of them is ‘Texte nach Hanau’ (‘Texts Following Hanau’), which holds ready 63 texts that talk about what has known and grieved as a racially motivated mass shooting and murder of nine humans in Hanau on 19th February 2020. And while this book is currently not available in English, BIPoC* writers might very well want to approach Stolze Augen Books to get published with their own work in relation to discrimination, rememberance, racial justice etc.

As we hinted in our first BIPoC video portrait, Saloni Duggal Shreshta is the founder of Protsaah, which describes itself as a social enterprise that sells accessories made by Indian weavers to ensure that in India’s Kashmir region, it “‘no longer pays more to be a terrorist than an artisan’”. As Saloni Duggal Shreshta reveals on Protsaah’s website, actually someone special once told her this line. It was a young weaver in his mid-twenties, who inspired Saloni Duggal Shreshta to make a difference and set up her business at the benefit of weavers in the Kashmir region. Knowing very well that this region is one of the rather dangerous areas in the world, the founder is producing “socially responsible, authentic, handmade pashmina/cashmere shawls” in Saloni Duggal Shreshta’s birthplace – the Srinagar Valley.

In Srinagar, the summer capital of Jammu and Kashmir and the largest city in the Kashmir region, weaving has a long traditional history. With ‘master craftsman’ being referred to as ustaad, it is not seldom the case that craftsmen have been practising their crafts for decades. However competition from Iran and China has not left professional weavers in Kashmir unimpacted. In 2019, Al Jazeera published an article revealing the fears of craftsmen in Kashmir, who are very well aware that ‘handmade’ does not sell as price-efficient and fastly as ‘industrialized fashion’, which also thrives on AI technologies and robotics. The latter being said, if you are seeking for new accessories, do not fail to take a look at Prootsah’s shop and its colourful, elegant and (non-)patterned designs.

Following our first BIPOC founders video, you might know that Daniela Salazar is both the name of our next founder and her respective fashion brand! Combining simple and classy designs with vibrant and not-so-vibrant colours – in an attempt to mirror her Latin American roots and those of ‘European minimalism’, Daniela Salazar is making ‘classy’and ‘uni-coloured’ the new chic among feminine designs. Whether you need a new dress, a pair of flawless, flowing pants for the summer or accessories to add to your skin care routine, Daniela Salazar has all of it on offer. Keeping her production local, this founder’s fashion is ‘made in Berlin’.

Indeed, most of her unique pieces, as the founder writes on her website, are made “by [herself] in [her] home studio”, when for cutting her designs and sewing, Daniela Salazar has chosen to cooperate with Fashitects, a Berlin-based company that offers support with getting fashion collections ready for sale for fashion addicts. With each order one new piece is produced making sure that the production remains sustainable, mindful and zero waste. Relying on vegan materials, Daniela Salazar’s shop invites everyone to shop alike. So if your values somehow sync with those of this creative founder, then take a stroll in her online shop!

If you are a BIPoC*-led start-up or a SME who aims to support diversity and non-discrimination in Germany, then our team will gladly support you on the legal side. We are not only specialized across various African jurisdictions, but also in supporting businesses between Germany and Africa in a variety of legal domains. Our support starts with providing help on immigration and relocation matters, but it does not stop there – taxes, tech, intellectual property…You heard us! Find out more about potential synergies today by pitching us your business or expansion idea/plan! We cannot wait to hear from you…