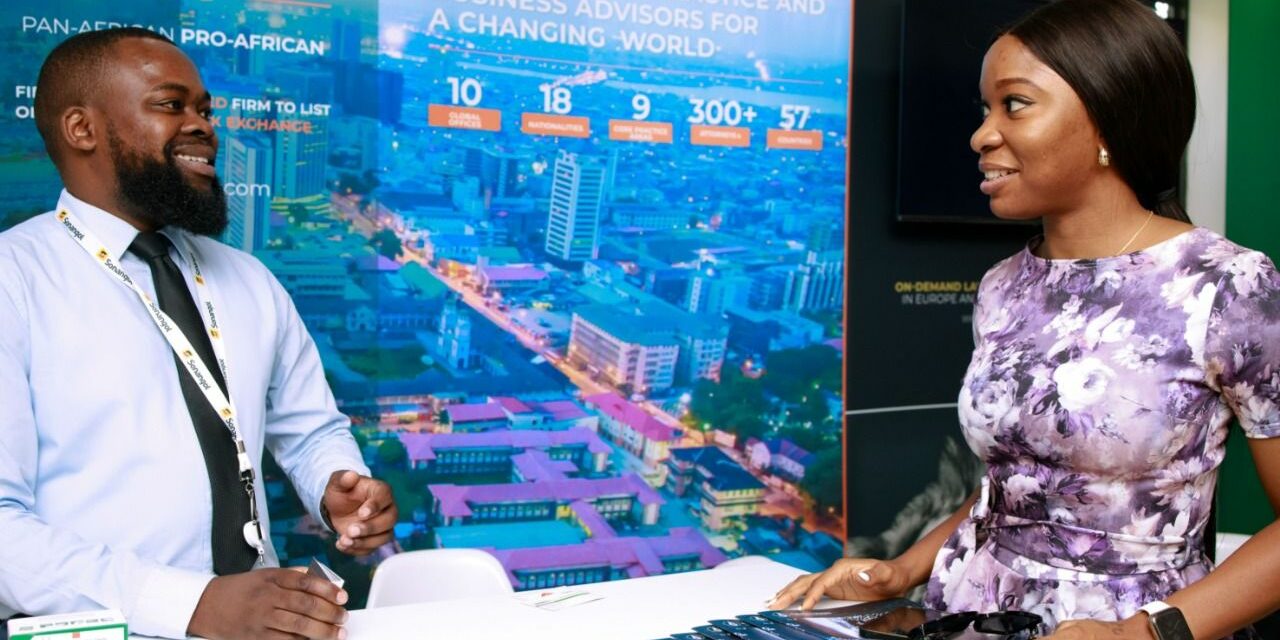 To reinforce our commitment to the African energy industry, we were proud to sponsor the African Energy Week 2002 which took place from October 18-21, in Cape Town, South Africa. The conference brought together African energy sector leaders and stakeholders, major operators and subcontractors, financial institutions and reputable business advisory companies for an intense dialogue focused on issues in the energy industry. The event highlighted Africa’s energy potential and sought solutions to continental, regional and national challenges in the industry with the aim to ultimately address the growing energy poverty in Africa and position the continent as a major energy exporter to meet increasing energy demands and maintain the world’s energy security.

We were equally proud of the contributions of our lawyers to the discussions at the event including: our senior Ghanaian lawyer Yorm Ama Abledu of Centurion Law Group, who recently claimed the International Bar Association (IBA) Outstanding Young Lawyer Award of the year 2022, participated in the panel  discussion regarding  the role of the youth  as drivers of the advancement of the African energy industry, energy transition and the empowerment of the African  people through the sustainable exploration  of natural resources. Our Director, Oneyka Cindy Ojogbo, who shared insights on the M&A trends in the African energy industry and what this could mean for an integrated energy landscape in the region and for indigenous players; and our Managing Director, Zion Adeoye, who contributed to discussions around attracting adequate financing in the entire value chain of the industry, bankability and creating a bigger market in Africa.

Our team’s general engagement with key stakeholders from the power, energy and mining sectors and our facilitation of, and contributions to, discussions on pertinent oil and gas, and renewable energy issues around the continent was everything we have come to expect from our resourceful, dynamic and experienced team.

Other speakers at the event showed their commitment to the continent, recognizing Africa’s potential and the “opportunity it has to move away from conventional thinking.” In this regard, panel discussions and investor forums focused on critical issues spanning the entire energy value chain and the role of African banks in the energy sector.

Discussions were held on the importance of collaboration among African countries as well as with the local private companies in building Africa’s role in global energy security. In this regard, several speakers emphasized the need for a common energy policy and a stable regulatory framework as the key to achieving the energy transition. This thinking is also shared by Centurion Law Group, both as a pan-African conglomerate with extensive experience in the sector and as a stakeholder in the socio-economic development of the African continent We consider a new regulatory paradigm for the energy sector to be essential to the African continent’s chances of meeting the challenges posed by the divergent imperatives of fighting climate change and embracing rapid economic development.

Chairman of the African Energy Chamber NJ Ayuk, one of the organizers of the Africa Energy Week conference and the CEO of Centurion Law Group, is an astute Pan-Africanist and a staunch advocate of eradicating Africa’s energy poverty. As Chairman, his opening remarks served to inspire participants and encourage the lively and passionate debates which followed. He also took part in several panels, including performing the role of a moderator of the discussion on “Africa’s role in global energy security”.

The conversation focused on the new era of discoveries in Africa, especially in sub-Saharan Africa, and the progress made in expanding natural gas production operations and extraction infrastructures. In this regard, the recent decision by the European Union to classify certain gas projects as green presents Africa with a new growth opportunity which many of the speakers on the panel and indeed, throughout  several other  discussions  at AEW 2022 forecasted will usher in a new wave of investment.

The world is in a midst of an energy transition and one thing was made abundantly clear to all who attended the AEW 2022 event is the fact that Africa has no intention of being left behind, However, as many of the speakers noted, maintaining proximity with the rest of the world requires African countries to step up in their attempt to develop and control their own resources to a much greater extent. The continent has shown its commitment to meeting the growing demand for clean energy, task now is to translate that into tangible gains.

Numerous speakers also made it clear that the continents political and business leaders are acutely aware of the need to address business environment risk and reduce costs in order to unlock greater levels of foreign investment. The importance of incentivizing and building local participation at all points in the energy value chain was also recognized. We consider it necessary, therefore, to highlight the important role played by advisory firms such as Centurion Law Group (EG) and its on-demand advisor platform, Centurion Plus. As Africa-based experts, we assist international finance parties in navigating the African terrain as smoothly as possible while also advising and supporting indigenous players and government officials in the necessary task of building local capacity, knowledge and skill.

In conclusion, AEW 2022 was another successful edition of the annual event, bringing stakeholders together and allowing them to have conversations focused on creating more and better opportunities in the African Energy sector. It no doubt also proved to be another excellent opportunity for African energy industry participants to expand and strengthen contacts and network, establish agreements and promote dialogue with international investors and partners around the growth and development of the energy sector. Finally, the event also served to prove, once more that the African continent is ready to host conferences of such magnitude and importance. The AEW 2022 was undoubtedly a great experience, and we look forward to participating in the coming edition.