Defining A Rights-Based Approach To (Labour) Migration: Letting Migrants Contribute To Local Development In The EU 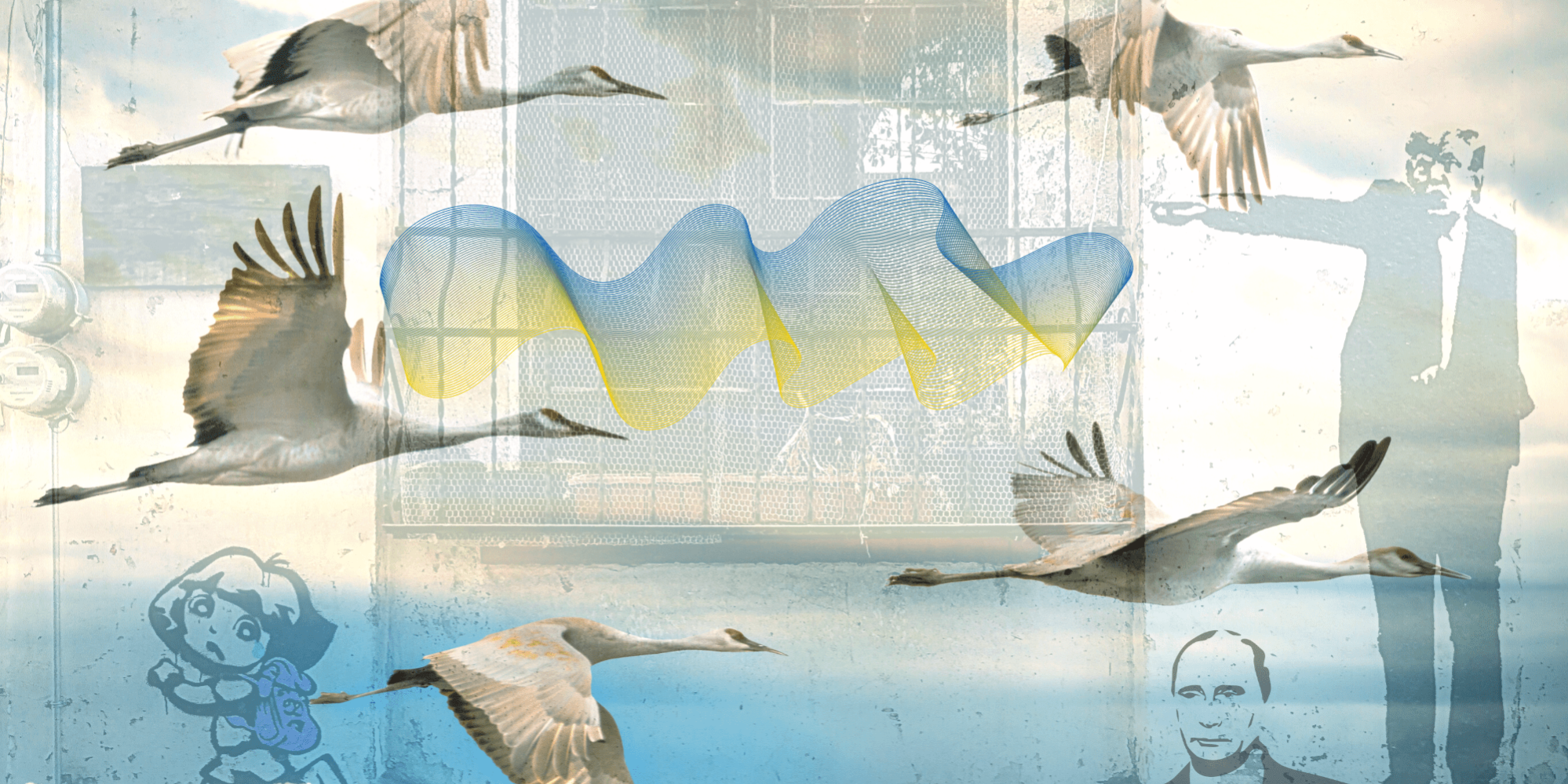 The term ‘rights-based’ is all around – whether this concerns rights-based migration, labour immigration, education, development, disability, forest management etc. But, what does this even mean? While our article cannot provide a comprehensive answer to this question, it will provide a few anecdotes on how a rights-based approach to (labour) migration might look like! If you are a migrant entrepreneur or founder, do not hesitate to comment on this article – as we are happy to make your voice heard!

As written in an article in the Spiegel on 23rd March 2022 amid the Russo-Ukrainian War, Germany might be “[r]evisit[ing] 2015 as Ukraine [r]efugee [w]ave  [c]ontinues to [g]row”. As schengenvisainfo underlined, about 150,000 refugees from Ukraine arrived in Germany by the mid of March and the support of plenty of volunteers was needed to support them on their pathways to and in Germany. Nancy Faeser, the German Minister for Interior Affairs and Community, expressed that “providing the best possible care, accommodation and distribution for the people who have fled” is a priority supported by both “the federal police, the Federal Office for Migration and Refugees, and many other helpers of the Technical Relief Agency”. Next to Faeser, Annalena Baerbock emphasized the importance of solidarity for refugees from Ukraine. Calling on the international community including NATO allies to take in Ukrainian refugees for shelter, Germany is positioning itself as an ally in the fight against war and genocide to commemorate and make up for its historical culpability, as Baerbock phrased it.

While the 2015 refugee crisis and the latter narrative of the media might suggest that a rights-based approach to immigration is especially connected with providing security and shelter – which certainly is true and of great importance, another aspect of a rights-based approach to immigration under the circumstances of the Russo-Ukrainian War might be related to Germany’s foreign policy shift, which was announced by Olaf Scholz in his speech in the German Bundestag on 27 February 2022. Ukraine is in crisis, disaster, insecurity and war – but the geographical position of Germany might as well make the country vulnerable to any possible military action from Russia. As Olaf Scholz emphasized, the European Union (EU) has not been facing such a challenge in decades. Russia poses a serious threat to security, safety and unity in the EU and the German Bundeswehr has as such received support through a special fund amounting to, initially, €100 billion. In the widest sense, preventing threats including through military action and by stocking up defense also could be argued to be related to supporting a rights-based approach to immigration. But aside from the Ukrainian refugee crisis, a rights-based approach to immigration might look different. Let’s find out more below…

In 2017, Prof. Dr. Nicola Piper, a scholar in political sociology and migration studies and the founder of the Sydney Asia-Pacific Migration Centre at the University of Sydney, published an article about the ‘Global governance of migration: From ‘management’ of migration to an integrated rights-based approach’. In this article, Piper argues among others that migration governance is currently lacking a view for ‘labour’. Labour governance, Piper argues, and migration governance might need to be more strongly aligned and the role of the International Labour Organization (ILO) should be reemphasized in an effort to drastically increase the influence of civil society, social movements, CSOs, labour unions and transnational rights campaigns on the state of art of migration policies. More precisely, Piper suggests that in order to transform recent policy-frameworks and work towards an “integrated, rights-based approach to migration”, migration needs to be viewed from a transnational perspective, especially as no international organization holds itself busy with labour immigration per se.

Following Piper, networks of people who advocate for the rights of migrants have played a decisive role in standing up for a rights-based approach to (labour) immigration. Two aspects of a rights-based approach have been highlighted by these groups. First, a rights-based approach to migration governance needs to focus on free movement. Second, a rights-based approach arguably must put an emphasis on the creation of secure, safe and adequate working opportunities (i.e. ‘decent work’) in ‘home countries’. When looking at current approaches to (labour) immigration, it might become obvious that the latter aspect is not a priority in many countries around the world, at the least, amidst crises. Whereas it indeed makes sense to prioritize working on arrival structures as refugee crises evolve and as long as the safety in home countries cannot be restored easily, it is also important to make labour migration a choice as Piper says.

Migration policy should neither be selective, discriminatory nor focused only on the benefit that particularly skilled labour migrants can have on local economies in ‘host countries’. Based on Piper’s arguments, one may even go a step further and claim that as long as international cooperation and development do not promote decent work effectively at a global level, labour migration will never truly be labour migration only, that is motivated by the particular skill, which a job opportunity might teach, and neither by the drill to work in a particular country – mirroring that labour migration can constitute a ‘tool’ for mobility and personal enrichment per se. Whereas family reunification and other aspects can certainly influence international mobility, labour migration might remain tied to quite a range of push factors as long as decent work does not become a fulfilled objective at the global level.

As Urbánski highlights in a recent article, already back in 2012, “640 million individuals [were] willing to migrate to other countries”. Whereas some of the many individuals who decided to migrate to another country might have been influenced by push factors (i.e. that make a particular home country insecure to unsafe), others might have been influenced by pull factors (i.e. that make a particular location attractive). One interesting finding from Urbánski might be that economic freedom broadly constituted a pull factor, which might explain why, even in the absence of acute crises, disasters and wars, governments and policy-makers in ‘host-countries’ might focus their work and responsibility on the creation of job, study or vocational education opportunities and, sometimes, entrepreneurship. What might have to be understood in order to ‘turn labour migration back into a choice’ – freed from the urge to flee precariousness and poverty, is that migration policies need to more directly focus on supporting decent work in ‘home countries’.

The latter is not to restrict (labour) migration to ‘host countries’, but to also stimulate local development. Surely – it is possible to view migration solely from an economic viewpoint as the ‘movement of (a mass of) individuals’. The latter however somewhat blurs the line between economics and labour. Focusing on what migrants can contribute or take from local economies is arguably a one-sided approach to measuring economic benefit. Such an approach can neither inform migration governance, nor a rights-based and integrative approach to the latter, because it cannot capture the impact particular people are actually able to have on local economies and communities at a particular point of time. For instance, it may be noteworthy considering that short-term economic gain is much less important than local development, including in so-called ‘developed countries’. Amid the fight against climate change, local infrastructures are changing. Labour migrants can very well contribute to setting up and ‘routinizing’ a new status quo similar to locals, which highlights that they do not have to be ‘integrated’, but ‘integrate’ themselves and probably feel more welcomed, if they have an active say in local and communal politics early on.

Talking about the ‘labour market integration’ of migrants in Europe might at least be somewhat contradictory – when migrants are positioned as equal, participative and in possession of agency. Labour markets are dynamic. While some studies have pointed towards the impact of immigration on the provision of social welfare, with van Vliet, Bakker and van Doorn reemphasizing the “positive association between immigrant and social expenditure”, it might be beneficial for both researchers and policy-makers to study how the ‘integration’ of migrants on local labour markets can be supported in an effort to decrease social expenditure through the creation of better local infrastructure of support. The latter could certainly also be realized through entrepreneurship – which constitutes a choice, which quite a number of migrants in Germany have made so far. In order to approach how the latter could be connected with making an impact in ‘home countries’ – research would have to be done on how migrant workers and local workers can be brought together to support a circular approach to innovation. Whatever kind of innovation it is that labour migrants create in ‘host countries’, it should be evaluated whether and how their ideas can also be ‘exported’ to ‘home countries’. Change and growth as such would turn into a ‘transnational process’ – as is the journey of (labour) migrants in Europe, of whom many support their families back home through remittances.

If you are a migrant entrepreneur or founder, then we would be happy to support you with your business idea and your scale-up or relocation to Germany and the EU! We employ legal experts with knowledge across a wide range of jurisdictions and have long-standing experience with giving advice on topics such as labour and immigration, tax and customs, contracts and negotiations, corporate governance and compliance as well as data protection. Next to our German office, we also have quite a few offices in Africa and are available to provide comprehensive support across both regions. Feel invited to contact us for an initial consultation today for more questions or concrete advice! We will happily make the time needed to provide effective and efficient support…