The Further Development Of The AfCFTA 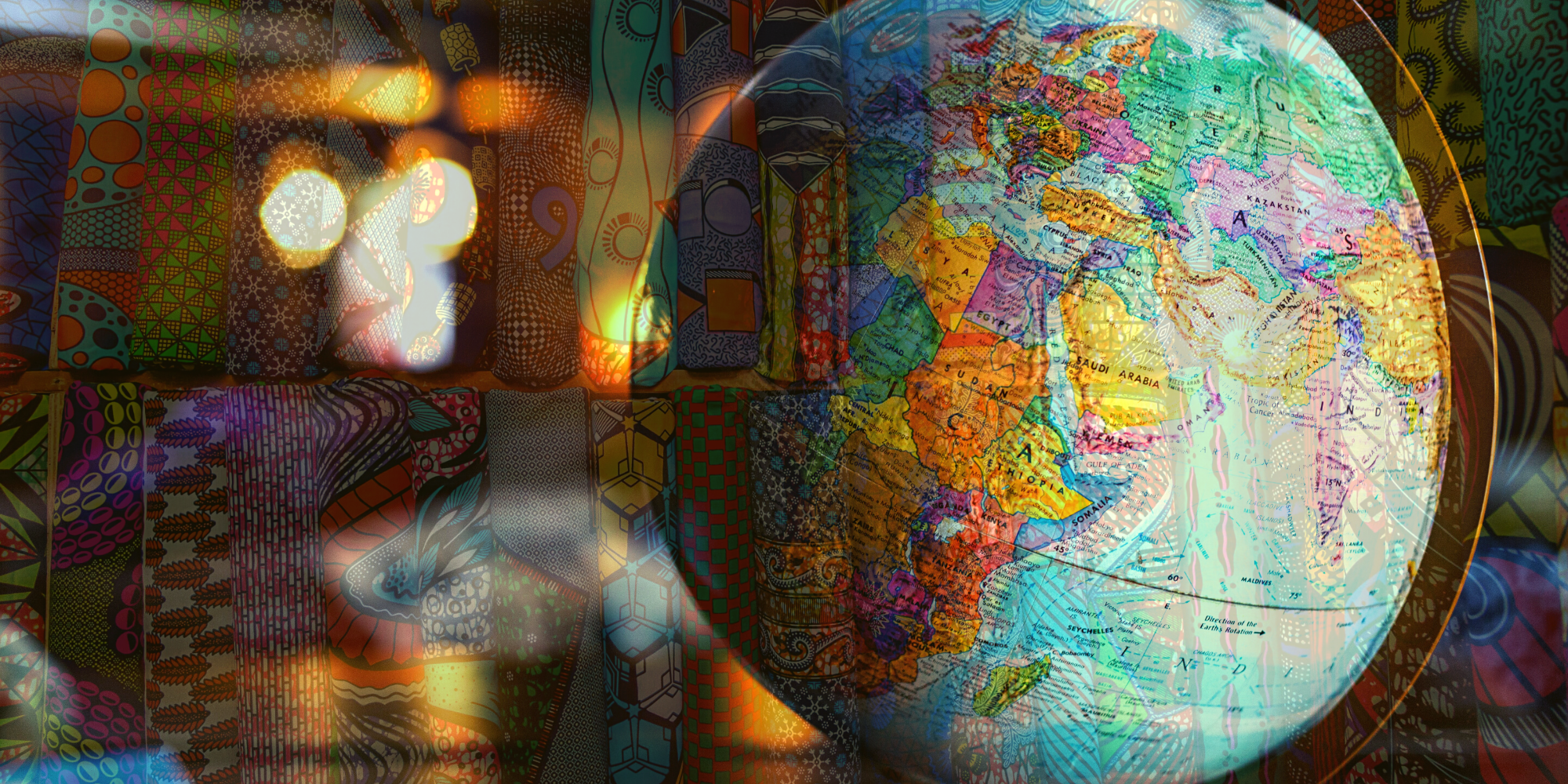 Recently, many assumptions and claims have been made, when it comes to the opportunities that the African Continental Free Trade Area (AfCFTA) has to offer. In this context, the World Bank (WB) made a new report available for the general public, which analyzes the benefits of a particular approach to the implementation of the AfCFTA – an approach linked with what an earlier report called an “‘AfCFTA deep FDI scenario’”. This article will provide a summary of the suggestions made by the WB.

The World Bank’s Claims At A Glance…

On 30th June 2022, the WB published a new report called ‘Making The Most Of The African Continental Free Trade Area: Leveraging Trade and Foreign Direct Investment to Boost Growth and Reduce Poverty’ to evaluate how Africa’s “engine of growth and sustainable development” – the AfCFTA – can ensure prosperity for Africa’s youth population and beyond, create feasible social and economic benefits and turn its “political economy of success” into a heartfelt reality. The WB report starts with the suggestion that an “‘AfCFTA deep FDI scenario”’ will lead to additional benefits in Africa, a region where FDI inflows have rather steadily grown, except for the case of Mauritius, since the GFC. As the World Economic Forum (WE Forum) emphasizes, FDI has been increasing over time in particular sectors such as manufacturing, services, petroleum, coal processing, renewable energy, IT, communications and logistics and yet amounted to 22% of Africa’s GDP in 2018.

As the WB report highlights, deepening FDI in the export-oriented manufacturing and services sectors could also be one of the side goals of the AfCFTA, which could realize that African economies will be less dependent on natural resources exports and fluctuating commodity prices. Rather than regarding the creation of an conducive regulatory environment as a political objective only, the WB has expressed the necessity that businesses at all scales will be involved in the mobilization of the AfCFTA. While it has not suggested through which kind of mechanism(s) this could be realized in practice at domestic and intra-regional levels, it has emphasized that intra-African cooperation is crucial in pushing for higher incomes and estimates that women and skilled workers will benefit the most in this regard.

The latter is, for instance, illustrated by the development of a protocol for women and youth in trade. As the Trade Law Centre (TRALAC) argues, a protocol on women in trade is much-needed because of the challenges, which women traders still face in various national contexts. Rather than mobilizing changes at the domestic level, pushing for changes at the inter-state level could lead to addressing systemic issues more effectively. However, incorporating youth-related policies in such a framework makes no sense following the TRALAC, because youth-related issues are, if at all and in particular cases, only indirectly related to trade. The latter argument clashes with the development of a protocol for women and youth in trade from July 2022. As Wamkele Mene, Secretary-General of the AfCFTA, announced in June 2022, “‘[w]e intend to foster a favourable environment for young Africans to competitively engage in cross-border trade of goods and services, in the context of the AfCFTA’”.

Whether or not the latter makes sense may also be dependent on the exact outline of such a protocol. It arguably remains an issue in today’s world that women’s rights are frequently the predominant topic, when it comes to making efforts towards diversity and inclusion at an intra-/interregional or global level. If the protocol for women and youth in trade will be based on an analysis of how youth with different backgrounds have been marginalized in trade at national and, where applicable, intra-/interregional levels, it certainly cannot be argued that their mentioning is wrong. Next to supporting a view for women and youth in trade, some of the actions that could maximize the efforts of the AfCFTA have been classified as follows by the WB:

Next to efforts in the above domains, as the WB emphasizes, the private sector needs to be actively involved in the further development of the AfCFTA and a strong complimentary agenda needs to be set up to adequately monitor the AfCFTA, its implementation and potentially vulnerable sectors. To sum up, the AfCFTA goes beyond reducing tariff barriers and positioning Africa as an intra-regional and global trader when it comes to quality goods and services. Non-tariff barriers and trade facilitation measures very well play a role in the impacts, which the AfCFTA can have – that is an overall of US$292 billion in income gains. As the WB further specifies, it estimates that the AfCFTA can raise: 1.) incomes in Africa by 7% by 2035; 2.) lift 30 million people out of extreme poverty; 3.) realize higher incomes for 68 million people to more than US$5,50 a day.

Based on the intention to increase global value chain (GVC) levels, businesses will actively be encouraged to partake in GVCs and the entry into host countries will be connected with lower entry costs under the WB’s FDI expansion scenario. With Europe having been and being pointed out to be Africa’s most important trade partner as the AfCFTA is being implemented and further developed, it might also be a role model and a region to establish best practices from while, of course, deploying an Africa-centered lens. Constituting “the most regionally integrated region […] with four times as many regional links as global links”, evaluations of the EU’s legal and regulatory frameworks could inform the do’s and don’ts when it comes to trade integration. As Bouët, Cosnard and Laborde argue in their article ‘Measuring Trade Integration in Africa’, Africa’s modest involvement in GVCs might be related to “high administrative costs at the borders, particular compliance and documentary costs as well as of elements other than barriers to trade, such as African economies’ lack of competitiveness and/or supply-side factors”.

Overall the above argument resonates with the findings of the WB, however, the second argument of the researchers that regional trade is comparatively “high in comparison with its economic size” adds another element. Based on this argument, the AfCFTA might have to focus to a great extent on establishing platforms to support local businesses of different kinds effectively. Rather than only taking women and highly skilled workers on board through the AfCFTA, it needs to be discussed how all of Africa’s entrepreneurs can be embedded in regional and intra-regional networks. The interests of different kinds of entrepreneurs might strongly diverge and as such dialogue-, monitoring- and business networking platforms will have to set up a wide range of opportunities to streamline how business is done. Despite that the ease of doing business in Sub-Saharan Africa has increased from 2015-2019, a strong difference has been noted in 2020, when it comes to business environments in Mauritius (81,5/ Rank 13), Rwanda (76,5/ Rank 38), Kenya (73,2/ Rank 56) and South Africa (67,0/ Rank 84), and Ethiopia (48,0/ Rank 159), Cameroon (46,1/ Rank 167) and Equatorial Guinea (41,1/ Rank 178). It could also certainly be an important question to analyze how the AfCFTA could support intra-regional inequalities.

Are you a start-up or a SME with the goal to scale up between Africa and Germany? Then our team will happily assist you on the legal side! We are specialized both in supporting multicultural businesses in Germany, in supporting African businesses in Germany and in supporting businesses across various African jurisdictions. While our support starts with providing help on immigration and relocation matters, it does not stop there – taxes, tech, intellectual property…You heard us! Contact us today to find out more!