From The ‘Digital Divide’ To ‘Digital Apartheid’ 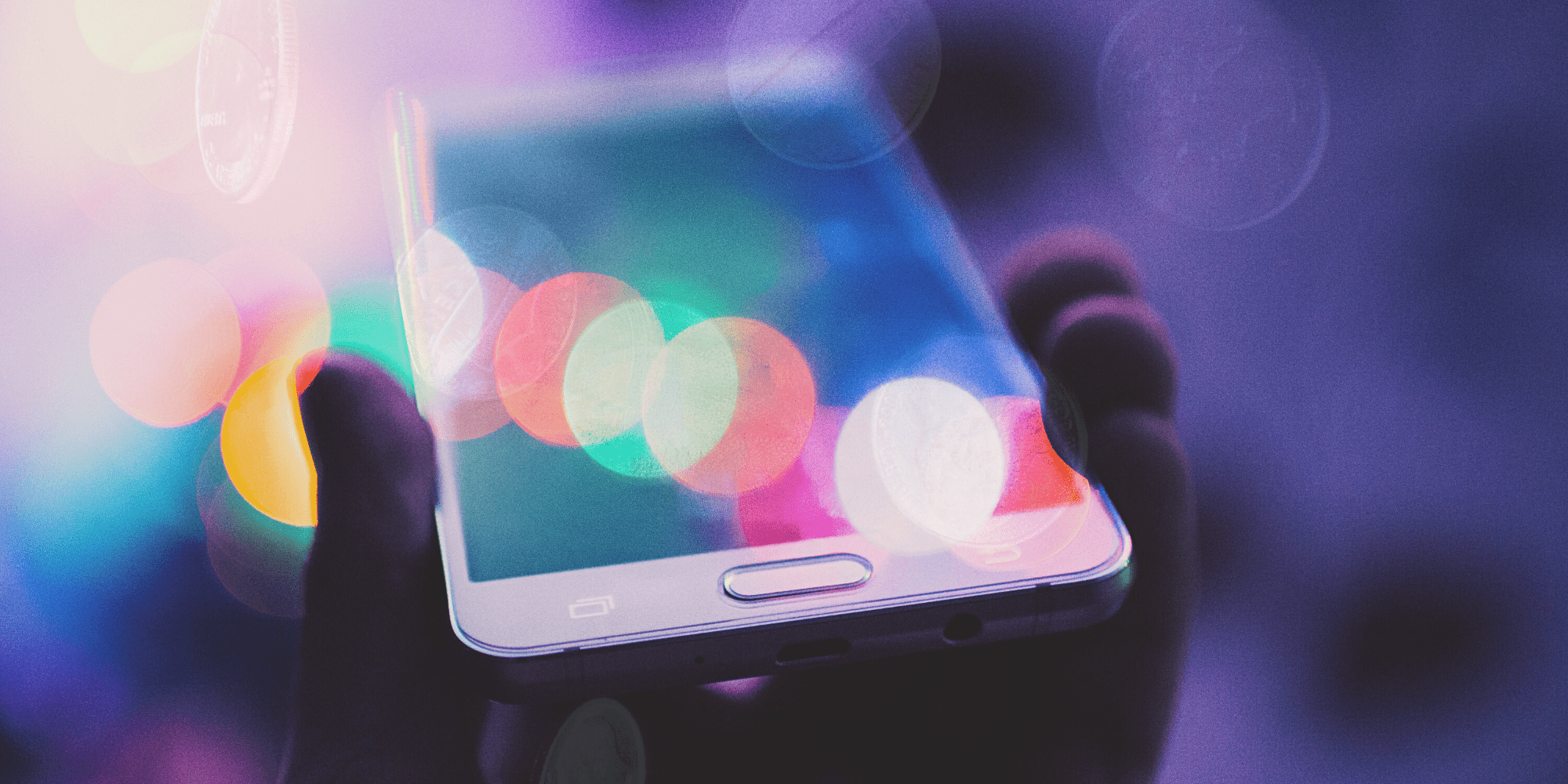 As highlighted in one of our last articles, the fact that more and more African women have access to a bank account does not necessarily imply that they also actively use it and have the skills to take responsibility for their financial management. Neither does it mean that finance is truly more accessible as bank accounts are somewhat useless as long as women entrepreneurs face restricted access to funding and loans. When looking at inclusion and exclusion in South Africa’s digital economy, it might be worth highlighting that the digital divide needs to be understood by investigations on technology in context. As Nyahodza and Higgs, two scholars at the University of Cape Town, argue, three factors that are not directly related with technology itself, play an important role when it comes to ‘digital inclusion’: personal factors (i.e. skills and predisposition), societal factors (i.e. transformation) and “the relative numeric dominance of the ‘have nots’ in comparison to the ‘haves’”.

As the researchers emphasize, the digital divide in South Africa plays out at the local level and is connected with the country’s “inadequate ICT infrastructure and skills and low, expensive bandwidth”. With the majority of South Africa’s non-white population still struggling with poverty, access to digital technologies needs to be analyzed not only in relation with the above-mentioned three factors, but also over time and as a late consequence of the Apartheid system respectively post-Apartheid. With Apartheid era policies having heavily restricted access to quality education and an enabling learning environment for non-whites until 1994 – and potentially beyond, considering the researcher’s argument that poorly-equipped teachers kept schooling the countries’ black population (i.e. poorly equipped because of their own access to quality education). Adequate schooling and comprehensive efforts to increase accessibility (i.e. poverty reduction; better infrastructure; reliable energy, electricity and internet connections etc.) are the least that can be done to not further reinforce South Africa’s digital divide as well as ‘digital apartheid’.

Generally, the way researchers may look at South Africa’s digital divide as well as the digital divide between countries in the Global North and the Global South has certainly changed in the latter decades. As Prof. Heeks from the Centre for Digital Development (CDD) at the University of Manchester argues in one of his recent articles, while concepts such as ‘digital inequality’ were invented somewhat earlier, up-to-date research no longer defines this form of inequality through ‘haves’ and ‘have-nots’, and rather by looking at divides in: “[…]accessibility of technology[;] adoption of technology[;] use of technology”. To sum up, what Heeks tries to create awareness of, is that ‘access’ needs to be understood in broader terms straight away. Inequality somewhat constitutes a vague term, which is too often imagined as bipolar, which is why it has to be further defined. With regard to South Africa, Heeks notes down one more argument, namely that workers in its ‘digital gig economy’ face “adverse digital incorporation”.

Rather than assuming that access to digital technologies is always advantageous and as such, the ultimate goal on the pathway to ‘digital equality’, the adoption of digital technologies has to coincide with additional efforts to prevent that they “‘reinforc[e] existing racial as well as economic chasms, shutting out a huge proportion of the [African] continent from access to the internet’”. What the latter implies is that coherent and inclusive policy-making efforts need to accompany the digitalization of society, of private and public life, and of work and education. As Beresford reminds, “the political liberation of Black South Africans […] was supposed to be just the beginning […] many envisioned the ‘new South Africa’ as a place […] where they could vote […,] had secure housing, adequate food, running water, good education, access to health care, and socioeconomic mobility”. Especially as digital innovation is taking over various sectors and a myriad of basic services, it needs to be analyzed how the interactions of local communities with digital technologies, products and the internet contribute to new forms of discrimination.

South Africa is still struggling with discrimination and symptoms of post-Apartheid, and when it comes to the digital divide, a potential fourth dimension, which was added by Barnard-Ashton, Adams, Rothberg and McInerney and is referred to as the ‘virtual dimension’, might play a role in understanding what is going on. What the researchers include in this dimension is, among others, what they refer to as ‘digital redlining’. Described as an intentional act of ‘digital exclusion’, digital redlining is defined as “blocking or filtering out communities” as a consequence of opting for allegedly more effective ways to ‘online security’ (i.e. protection against cyber attacks). Similar to digital redlining, as the researchers continue, biases when it comes to the display of content through search engines tend to ‘filter out’ content, which is relevant to local communities. The latter appears especially problematic, because by filtering such content out, useful interactions between community members and important stakeholders might be prevented. Such interactions may prevent individuals from getting useful information about local services and prevent local entrepreneurs from receiving attention from other community members as well as investors.

A third sample, which has been mentioned in the context of digital redlining, is related with South Africa’s “rollout of Vumatel’s VUMA© high-speed fibre product A©”. As illustrated in the afore-mentioned article, local communities have to pre-commit in order to have access to the internet through the latter product and communities, wherein only a small part of the population pre-commits to this service, face the risk of becoming ineligible for the product overall. Finally, the study of the researchers found that students from higher socio-economic backgrounds could easily afford higher data costs, while other students had to rely on public networks, which led to the conclusion that ‘digital apartheid’ is an issue, which has to be tackled effectively in the upcoming decades. Following Colin Powell’s definition, digital apartheid is characterized as “the systematic exclusion of certain communities from digital access and experience through political and business policies and practices”.

Especially as Ramaphosa highlighted that  he wants to build a South African smart city in his 2019 State of the Nation Address, what might also become important in this regard is to ensure that such a smart city contributes to socio-economic inclusion as well as increased access to services, well-being and (business) networks. In March 2021, the South African Smart Cities Framework (SCF) was publicized with the intention to guide policy-makers with an understanding of local aspects, which have to be considered and involved in the design of a South African smart city. As the document reveals, the origin of the concept of a smart city goes back to the 1990s, when the creation of smart cities was, among others, connected with the goal to embrace a digital and e-governance infrastructure, while attracting high tech investments and innovation. Next to the latter, smart cities became associated as such, which tackle issues such as air pollution effectively.

Whereas the latter goals are certainly still valid, the concept of the smart city has become ever more complex. One could argue that the latter either happened due to an increased awareness of myriad, pre-existing societal issues or an accumulation of further societal challenges, which have inspired academia, policy-makers, businesses and civil society alike to rethink how ‘smart’ cities have to be. As the SCF informs, the official definition by the British Standards Institute (BSI) is as follows, “‘[t]he effective integration of physical, digital and human systems in the built environment to deliver a sustainable, prosperous and inclusive future for its citizen’”. In the South African context, smart cities will have to tackle the issue of spatial inequality. As stated in the SCF, human settlements, for instance, are a result of rampant issues such as unemployment, poverty, inequality, crime and violence, whereby digital access currently follows the pattern of spatial inequality. At the same time, they arguably are the consequence of Apartheid.

With South Africa’s ‘National Development Plan: Vision for 2030’ emphasizing the necessity to “no longer have […] poverty traps in rural areas and urban townships; workers isolated on the periphery of cities; inner cities controlled by slumlords and crime; […] energy and money on daily commuting; decaying infrastructure with power blackouts” etc. by 2050, the South African understanding of a smart city has been pointed out as one based on inclusivity. As the SCF reveals, the South African definition of smart cities has to respect the following:

Having noted down these principles as the cornerstones of smart cities, the SCF also emphasizes how smart cities will have to combat the digital divide and digital apartheid. To mention a few samples, smart cities have to be created: with a view for the fact that not all members of society are tech-savvy; after carefully developing an intersectional understanding of access to ICTs and accompanying products and services (i.e. through analyses of how disabilities, age and mobility, for instance, intersect); with a view for technologies being designed to serve citizens, their skills and needs well; with an understanding of how individuals use technologies has to inform their design. Whereas the latter criteria certainly could play a role in addressing South Africa’s digital divide, some caution might have to be taken with regard to the statement that “[c]are should be taken not to utilise technologies that would further marginalise the poor and vulnerable groups”. While the latter is absolutely relevant and makes sense, it should not be used as an excuse by policy-makers to deny the responsibility to find, invent and develop suitable ICT- and tech-solutions for everyone, nor to deny responsibility to make ICT-access possible by working on other societal issues (i.e. infrastructure, housing, energy, electricity etc.).