How Migrant Founders Could Reshape the German Labour Market: An Intersectional Approach to Economic Restructuring 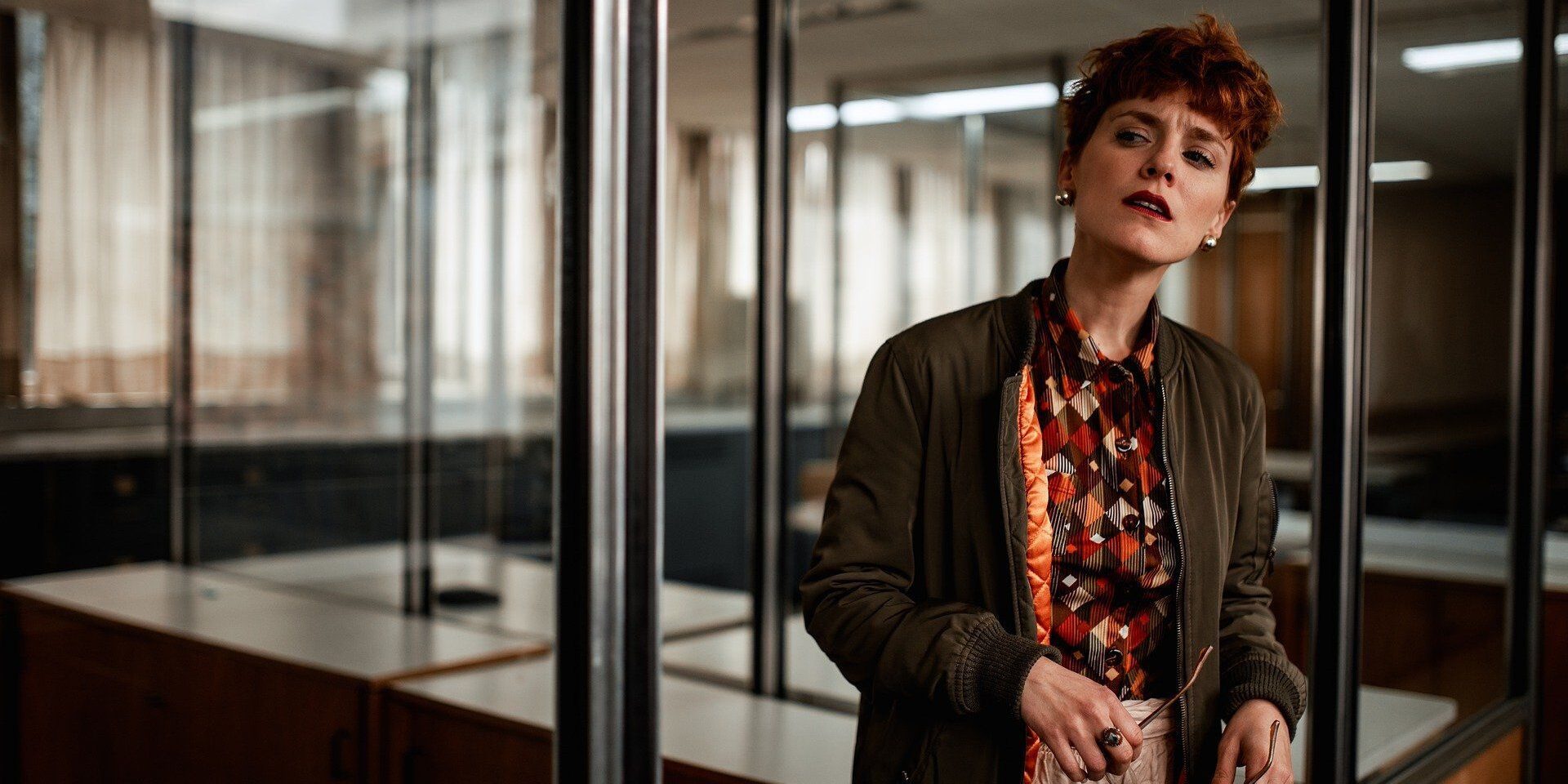 According to the Migrant Founders Monitor 2021, which has been published for the first time in April 2021 by the German Start-ups Association and the Friedrich Naumann Foundation (FNS) to measure the impact that migrant founders have on the German market, 57% of founders interviewed in 2020 were not born in Germany, 91% of founders under 25 or above 64 years of age possessed an academic background and 48% possessed over solid international networks. With the main language of 54% of these start-ups being English and 47% of team members having a further migration background, migrant founders contribute to the innovation and diversity in, and the excellence of the German start-up scene!

This article will focus on further outlining the impact and potential of migrant start-ups in Germany considering that this group could contribute to a paradigm shift in employment practises.

According to a recent study by the Federal Labour Office, the numbers of employees from both the PIIGS (Portugal, Italy, Ireland, Greece and Spain) states and non-European countries (i.e. Afghanistan, Eritrea, Iraq, Iran, Nigeria, Pakistan, Somalia and Syria) have significantly increased in the past decade. Whereas the number of employees from the PIIGS states has continuously risen in the aftermath of the global financial crisis from 2010 at the latest, there has been a sharp increase in the number of employees from non-European countries from 2014-2015 and up until today, among others, linked with global refugee crises and, as for at least the PIIGS states, increased migration after the global financial crisis.

The latter being said, migrants from non-European countries have a small disadvantage over migrants from PIIGS states when it comes to securing an insurable employment (‘sozialversicherungspflichtiges Beschäftigungsverhältnis’) over a minor employment (‘geringfügige Beschäftigung’) in Germany. By November 2020, this difference had an impact on the livelihoods of 28,395 migrants, however it needs to be considered that certain lifestyle-related factors might impact these numbers as well (i.e. maternity/paternity).

Nevertheless, unemployment numbers do indicate that migrants from non-European countries face significantly more challenges than migrants from PIIGS states in obtaining employment since 2016. Whereas unemployment numbers peaked for both groups during the COVID-19 pandemic in 2020, far less migrants from the PIIGS states possessed the right to benefits in accordance with the Social Code SGB II, whereas migrants from non-European countries increasingly could make use of social benefits since 2016. The latter implies that both groups experience different challenges when it comes to securing their livelihoods and advancing their careers in Germany.

One of the challenges on the German labour market is a language barrier as the Competence Centre for Securing Skilled Personnel (KOFA) argues. According to a 2019 position paper by the Berlin Institute for Population and Development, further challenges, which particularly affect refugees in Germany, relate to lacks of:

While the 2018 Skilled Labour Strategy marked one attempt of the German Federal Government to fill the employment gap and ‘integrate’ foreign workers in the German labour market, with the Skilled Immigration Act of March 2020 being a continuation of earlier efforts, entrepreneurship could arguably offer a niche for skilled and non-skilled migrant workers. Lastly, entrepreneurship thrives through the diversity of teams and is itself the best sample that non-dogmatic approaches to work and employment can pioneer economies. BioNTech might probably be one of the most recent samples which demonstrate the value of embracing innovation made by migrants.

An Intersectional Approach to Diversity and Change Management

Putting a more profound emphasis on the necessity to involve migrants in changing the skill-and diversity landscape of the German labour market might be possible through the adoption of an intersectional approach to integration governance and the application of such an approach in the German start-up scene. According to Prof. Kimberlé Crenshaw,

“Intersectionality is an analytical approach, a legal and policy tool, and a theoretical concept that captures the various layers of advantages and disadvantages everyone experiences based on societal and structural systems. These systems include racism, capitalism, and patriarchy, their by-products: classism, ageism, homo- and transphobia, cis- and heterosexism, and fatphobia and others.”

Hence, involving migrants actively in the restructuring of the German economy might lead to creating an economic- and societal system, whose layers are inevitably more inclusive because the structures of this system were carefully created by individuals with diverse backgrounds, lifestyles, skills and needs. The role public institutions, the German mid-tier (‘Mittelstand’) and SMEs play in this regard, might extensively depend on the policy approaches of the newly elected Federal Government. Arguably, supporting migrants in their integration into the German start-up scene might create ample benefits for both entrepreneurs and the German economy.

First, migrants already show an extensive interest in the German start-up scene. Rather than attempting to ‘integrate them into’ Germany’s traditional vocational training system or seeing them get stuck in minor employment, it might be a more productive approach to redefine the skills of migrants against what they are willing and able to create. Despite that migrant founders are confronted with challenges such as a language barrier, bureaucratic structures, a lack of a solid “Willkommenskultur” (welcoming culture) and the recognition of foreign qualifications, they show a high willingness to take risks, a characteristic which could accelerate innovation.

Second, especially because most migrants in the 2020 survey had profound connections with respective international networks, enabling an easier access to the German start-up scene through a model which respects their need for basic rights and social security could lead to promoting a two-way model of integration, wherein migrants are both at the giving and receiving end. In a nutshell, the German start-up scene could be a space wherein future skills can be trained upon own initiative under the umbrella of an ‘active citizenship’. The latter could also lead to acknowledging workers who are particularly skilled (i.e. in one technical area) rather than ‘highly skilled’.

Third, setting up differently skilled workers in international teams in the German start-up landscape could lead to the establishment of a sector, where a reduction of hindrances (i.e. language barrier, bureaucratic structures, lacking networks and funding opportunities) equally benefits migrant workers and the German economy. This is so, because the main challenges which start-ups in Germany face arguably resonate with some of the challenges that migrants face. Thereby, the most profound challenges might be (economic) uncertainty, precarity and the lack of access to social security. In addition, the integration into international teams might create a group spirit with migration becoming streamlined as a common experience.

In a nutshell, focusing on the restructuring of the German start-up scene as an engine for employment, innovation, integration and diversity might automatically lead to a restructuring of the German economy. Involving migrants in such an ambitious change means to stand up for inclusiveness with the benefit to foster international business networks. Considering that such a restructuring might also enable platform work post-COVID-19, migrants would be involved in a paradigm shift about the future of work in general. Their diverging knowledge and networks could make the German ‘Mittelstand’ even more robust.

Additionally, because of the rampant need for skilled workers in the area of climate protection measures and digitization, making the German start-up scene more attractive and lucrative for migrant workers would resonate with Germany’s Climate Action Plan 2050 and its Digital Strategy 2025.

Whether you are an aspiring migrant founder, a multinational start-up in the seed stage or an investor seeking to boost the scope of impact of migrant entrepreneurship in Germany, the Centurion Plus Team is readily here to support you with competent legal-, business- and investment advice. Whereas we provide our services across all sectors of the German economy, our team has particular expertise in the energy sector. Whether you are seeking a more general advice or would like to do a review of your business plan, we can assist your team with questions in relation with choosing the right legal form, intellectual property protection, migration, relocation etc.

Contact us for an initial consultation today and aspire to inspire!