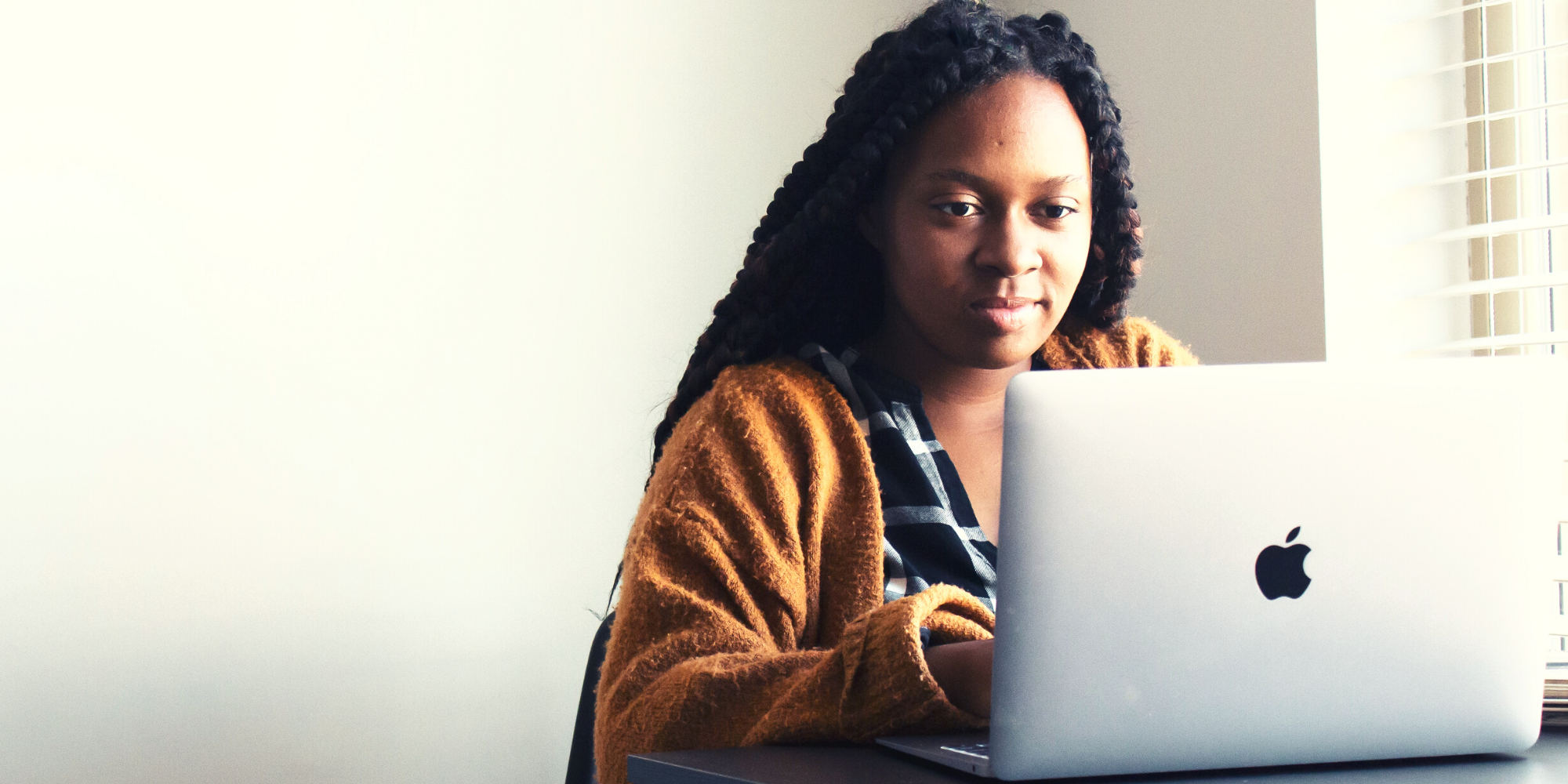 If you are coming to South Africa for business purposes, then you might be curious to find out more about immigrant entrepreneurship in the country overall. As a country, which was home to roughly 2,9 million immigrants in 2020, most of which come from other African countries (i.e. Zimbabwe, Mozambique, Lesotho, Malawi, DRC etc.) and the United Kingdom, South Africa has much diversity to offer. However, as this article will argue, it still has to make some efforts towards a stronger ‘welcome’ for immigrant entrepreneurs.

A Few Anecdotes About Immigrant Entrepreneurs In South Africa…

As Urban, Murimbika and Mhangami, three researchers from the University of the Witwatersrand, argue in their recently published article ‘Immigrant entrepreneurship with a focus on human and social capital as determinants of success: evidence from South Africa’, academic research is far too concerned with analyzing the pathway of immigrant entrepreneurs from developing countries to Western Europe and the United States, when intra-African migration has marked a strong trend, which majorly concerns South Africa and other African countries such as Nigeria and Egypt. As a report by the Africa Center for Strategic Studies from 2021 highlights, in 2020, African migration trends looked as follows: 48% of migration happened within Africa, 4% of people migrated to Africa and 45% of Africans moved abroad. Whereas migration from Africa grew exponentially during the last three decades, the migration within Africa has kept constant and slightly grown as well.

As the report hints, regional issues linked with various types of disasters (i.e. natural disasters, wars, political instability, the global pandemic etc.) could lead to accelerating intra-African migration even further and unexpectedly, which might lead to rethinking immigrant entrepreneurship, in some cases, also as a coping- and/or a survival strategy, whereby the latter term has been introduced by Chidau, Khosa and Phillips as “necessity immigrant entrepreneur”. However, this shall not imply that most migrant entrepreneurship is or will potentially be linked with disasters and ‘need’ in the future. Indeed, this paradigm is one, which the afore-mentioned researchers seek to criticize. Rather than keeping portraying immigrant entrepreneurs as “underclass” entrepreneurs, whereby Urban, Murimbika and Mhangami refer to entrepreneurs who create little economic impact, as they are portrayed oftentimes on the way to Europe, immigrant entrepreneurs need to be recognized for their qualities, which are loss from a set of unforeseen circumstances. By analyzing the social and human capital, the researchers seek to contribute to a paradigm shift, which can achieve that assimilation is no longer interpreted as a marker of success.

Another way to forego that ‘entrepreneurial success’ is equated with economic returns, may be to analyze the restrictions, which immigrant entrepreneurs encounter on the pathway to and in South Africa’s business scene and society. The following restrictions were identified by the researchers and very well point at the need for support by international investors in South Africa. Immigrant entrepreneurs in South Africa: 1.) have been found unable “to formalise their ventures”, which restricts their capacity to obtain international investments; 2.) have been argued to be restricted by institutional barriers that are feeding into pre-existing xenophobic sentiments; 3.) are said to be portrayed as ‘unwelcome’ in the media based on the narrative that they want to take over business opportunities from South Africans; 4.) are in some cases motivated by the lack of job opportunities. All of the latter claims at least point towards the fact that becoming a successful immigrant entrepreneur depends on a variety of aspects such as institutional access, a welcoming and non-discriminatory environment, publicity which contributes to a solid public image and sales and, potentially, an alternative pathway as long as investors are absent.

The final suggestion of Urban, Murimbika and Mhangami is to design policies, which potentially make it easier for immigrant entrepreneurs, who demonstrate high levels of social and human capital, to gain access to the mainstream entrepreneurial sector in host countries. But how can such entrepreneurs be identified? One way might be to map the strategies, which they deploy and have generally been associated with entrepreneurial success. According to Chidau, Khosa and Phillips, the following strategies could indicate entrepreneurial success: 1.) building effective business partnerships based on bulk buying; 2.) offering credit to customers to build up lasting relationships and trust; 3.) opting for long business hours including during public holidays; 4.) operating in local languages and opting for a business location with extensive traffic; 5.) creating a bond with local communities and taking advice from elders as a way to connect with the larger community; 6.) relying on effective advertising to increase sales and profit. Most of the latter strategies arguably mirror the social capital of immigrant entrepreneurs, which Urban, Murimbika and Mhangami define as “exogenous in nature”, unlike human capital, which is regarded as endogenous.

Whereas some researchers have been shown to understand social capital in relation with particular contacts within social networks, other researchers have pointed out that social capital also is influenced by the quality of social interactions with either a small or larger network base. The latter arguably shows that social capital is inevitably intertwined with human capital, which has been defined as “comprise[d] of the knowledge, skills and competencies acquired by an individual through investments in formal and informal education and training”. One particular point, which these definitions have left out, is that human and social capital could also be influenced by the experiences of migration, integration and assimilation. For instance, it should not be too easily dismissed that going through a cultural shock could also motivate entrepreneurs to get more creative, when it comes to problem-solving.

On the one hand, it has been argued that threats to an individual’s social identity, which can occur as a consequence of the experience of migration and integration, can be reacted to as follows: 1.) by creative attempts to put the spotlight on the positivity of distinctiveness; 2.) by social competition and; 3.) by attempting to move upwards the social ladder in a new society. All of these strategies somehow aim at stabilizing individual self-esteem. On the other hand, such ‘threats’ could be helpful not only at an individual level, but also at a business level. That is, because they encourage immigrant entrepreneurs to ask: Which particular aspects of my social identity are negotiable in the way that they influence how I do business and which particular aspects of my social identity (i.e. as I perceived it before my individual migration experience) make my business distinctive and more valuable on a new market with its own social rules? What some may not realize is that engaging with social networks, communities and also elders may be a distinct way to partake in market research.

As Wendy Gordon and Roy Langmaid argue in their work ‘Qualitative Market Research: A Practitioner’s and a Buyer’s Guide’, “modern market research is best described as a process whereby information about the behaviour and/or attitudes of consumers or end users of a product or service is collected by means of some form of interrogatory procedure”. What these authors do not directly state is that market research, like any other aspect of doing business, might be dependent on diverging cultural contexts of doing business. As Geoffrey Wood and Christine Bischoff argue in a recent article about human resources management in South Africa, South African business culture is potentially “centred on the principles of acceptance, group identity and social solidarity reinforced by collective values” and Ubuntu (‘humanness’) has been associated with a cooperative, generous and compassionate culture respectively community life.

Whereas the latter sounds somewhat contradictory in the light of harmful sentiments against migrants and immigrant entrepreneurs in South Africa, what such a definition might show is that once immigrant entrepreneurs get accustomed to merge their individual ways of doing business with local preferences, they might very well be able to influence local opinions and stereotypes at the individual and community level. And the strategy to involve elders to obtain advice about particular needs of (sub-)communities may not be so bad, at least in the case of small business owners. As Newenham-Kahindi argued in an article from 2009, both Ubuntu and Indaba have been strategies in human resources management (HRM) in South Africa, which are somewhat distinctive in comparison to strategies deployed in Western Europe. Whereas Ubuntu is connected with the view of a person “as [a] part of a collective society”, Indaba reemphasizes the centrality of group solidarity by “impl[ying] that leadership is defined according to experience and competence” so that – once conflicts arise, the advice of more experienced individuals and/or elders may be valued. Whether or not these HRM practices also apply to South Africa’s entrepreneurship world is yet to be explored, but it should at least be considered small-scale immigrant businesses in South Africa may thrive by understanding community values.

Are you curious to find out more about entrepreneurship in South Africa? Are you a SME or a start-up with the plan to scale up in South Africa or another African country? Then our team will happily support you on the legal side. We are specialized both in supporting multicultural businesses in Germany, in supporting African businesses in Germany and in supporting businesses across various African jurisdictions. While our support starts with providing help on immigration and relocation matters, it does not stop there – taxes, tech, intellectual property…You heard us! Contact us today to find out more!