(Im)Migration: On The Way To South Africa  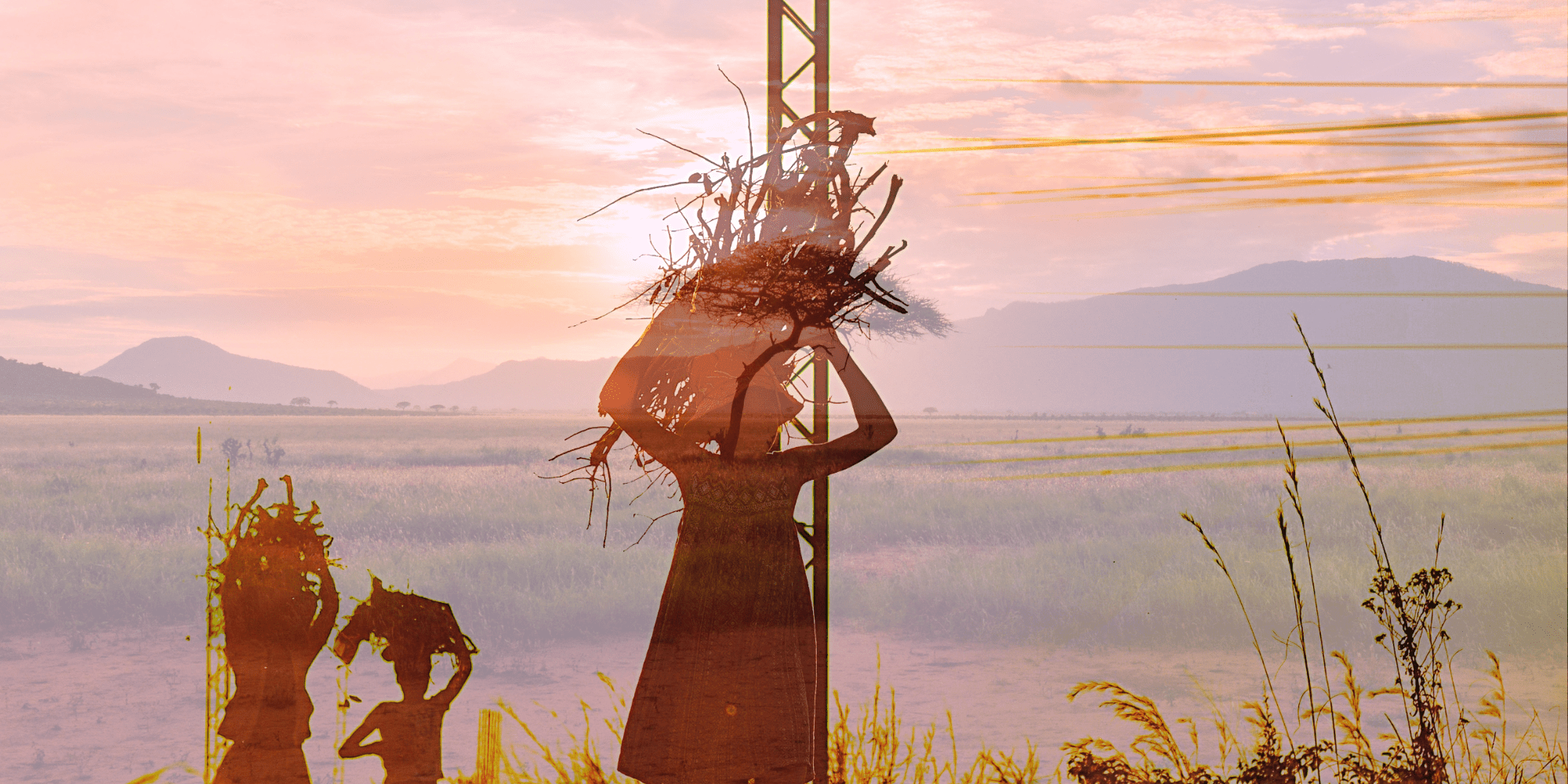 Between September and October 2022, discussions emerged about the announcement by the South African Government “that it will revoke the Zimbabwean Exemption Permit (ZEP) held by about 180,000 Zimbabwean immigrants”, as Gamuchirai Masiyiwa shared in an article in the Global Press Journal (GPJ). Whereas the Government ended up extending the “opportunity to apply for visas and/or waivers […from] 31 December 2022 to 30 June 2023”,  this does sadly not imply, as Simba Chitando told SABC News in September 2022, that the ZEP will also be extended. Chitando, who represents the Zimbabwean Exemption Permit Holders Association and works as an Advocate at the High Court of South Africa, did nevertheless emphasize that an earlier decision, which would have cut off Zimbabweans in South Africa from their bank accounts, was also renounced in December 2021, hinting that further renegotiations with regard to the ZEP are at least imaginable to some extent.

As the advocate continued to lay out while talking with SABC News, Zimbabweans have been coping with hostility in South Africa in most recent times, where xenophobic violence and demands for ‘foreigners’ to show their papers at roadblocks have been accompanied by tension from anti-immigrant vigilante groups “who [have] claim[ed] to be ridding communities of crime”, when they have in fact wrongfully been blaming immigrants for some of the underlying problems in South African society such as the countries’ unemployment crisis. As Chitando remarked, such tensions could probably be avoided if Zimbabwean ZEP holders (including those whose ZEP permit expired) were to get a permanent residence permit. Rather than creating further tensions where it is not needed, Chitando suggested that the Government might want to concentrate its efforts on tackling the actual challenges ahead, that is South Africa’s economic crisis and the issue of illegal immigration. Whether one may agree or disagree with Chitando, South Africa’s approach to deal with illegal immigration should certainly be analyzed in relation with the establishment of new policy frameworks to combat the latter and provide opportunities for mobility and exchanges as the AfCFTA keeps being developed. As the South African Police Service (SAPS) revealed back in August 2022,

“(158) passengers were found to be traveling into the Republic of South Africa without proper documents […] in a convoy of (13) Toyota Quantums, a Grey Toyota Regious, Red Volkswagen Golf and Grey BMW 523i […whereby] shots were [being] fired”

Such incidents arguably demonstrate that (im)migration laws have to change and that legal avenues need to be opened further. As South Africa’s President Cyril Ramaphosa stated and as was revealed by SAnews, the South African Government News Agency, on 30th August 2022, illegal migration as well as migration per se need to be addressed by hands of the law, whereby “acts of lawlessness, intimidation or humiliation directed at foreign nationals, documented or undocumented, cannot be tolerated”. With the SAPS, the South African National Defence Force (SANDF), the Department of Employment and Labour (DEL) and the Department of Transport (DOT) working together towards combating illegal immigration, South Africa, as any other country, may arguably want to explore opportunities in relation to allowing non-skilled migrants the entry into its lands and contribute positive impacts alongside skilled workers.

As Joan Halstein, an independent policy analyst and economist from Canada, reminds in an article on ‘The Southern Africa – Towards Inclusive Economic Development (SA-TIED)’ programme’s website from July 2021, (highly) skilled emigration from South Africa to other regions has been a rising phenomenon, whereby the tendency persists that South Africa is losing more skilled workers than it receives and whereby 75% of immigrants come from other African countries. As Halstein continues to lay out in a related working paper, the countries’ labour market has largely been characterized by a persistence of workers who are semi-skilled. While human capital development has looked better in South Africa than in China and India, it however lacked behind two other BRICS countries, namely Brazil and Russia, in 2017. But, what can be changed and what may be the underlying reasons?

According to Halstein, a 2020 ranking showed that the five best universities in Africa are located in South Africa. Whereas one might clearly want to underline that skills can also be gained outside of universities (i.e. this should not serve as a per se measurement criteria for such a distinction), this argument hints at a possible need for African countries to cooperate towards more aligned educational policies and institutions and, finally, the equal access thereto. Next to a potential need for more aligned efforts in the areas of (im)migration, education and inclusivity, Halstein’s argument points at the necessity to also improve educational access for South Africa’s local population. As Delegates highlighted at the 77th Session of the UN General Assembly, improving educational access starts with primary education and must come with an understanding for how multiple crises are challenging that education can take place at all (i.e. humanitarian crises, climate change, economic crises etc.) remotely or in person. Next to this, especially as South Africa is heading towards an energy future based on renewables in the medium to long-term, it needs to be addressed and discussed how jobs that will be created to mobilize the energy transition, economic growth and socio-economic equality, might also target the needs of (im)migrants by offering training and area-specific skill development.

Whereas the support through the Just Transition Energy Partnership (JETP) as well as the more recently announced additional €320 million investment by the German Government aim at supporting South Africa with its energy transition, another €35 million have been allocated to work on a variety of issues such as creating better employment opportunities for women including in the digital domain, working on vaccine production and logistics and taking efforts to combat violence. With €21 having been allocated for the prevention of violence, whereby the German Government reemphasized the special importance of combating violence against women and violence in townships, it should also be taken into consideration by the wider international community that supports South Africa in its development efforts, that xenophobic violence against migrants might have to be addressed through a multi-disciplinary response.

If the ZEP permit will not constitute a future option for Zimbabweans, then migration policy will arguably have to become more inclusive as such. As the Department of Home Affairs (DHA) lays out, currently, permanent residence is bound to a number of criteria that have to be met. Among these criteria are, for instance, financial independence, the possession of “exceptional skills and qualifications” and the absence of “supporting an organisation practising racial hatred or social violence”. As further specified in the Immigration Act No. 13 of 2022, where a residence or any type of asylum/working permit have not been granted, South Africa shall “promot[e] a climate within the Republic which encourages illegal foreigners to depart voluntarily”. This is arguably also one of the pitfalls in the current migration policy. According to the rules, a valid temporary residence permit needs to be shown upon application for a permanent residence permit, when it can be the case that illegal immigrants also have contributed to the South African (local) economies for a considerate period of time.

Especially, where migrants have been blamed for “‘steal[ing]’ jobs’”, it should also be made an effort to demonstrate where they may have created such or contributed to local economies. One can of course not deny that it will be difficult to prove such an impact as long as there is the prospect of deportation. Whether or not one may combat the latter suggestion with a practicability or border security argument or not, some further points of critique remain. First, it seems of increased importance to reconceptualize the criteria ‘financial independence’. Considering that an economic and inflation crisis has been weighing down South Africa, it should be discussed whether financial independence should be established in relation with the domestic situation and whether an individual would be willing to commit to job/training opportunities in South Africa that could be created as a part of the renewable energy transition in cooperation with other countries and multinational/foreign companies and stakeholders. Second, in terms of South Africa’s Jobseeker Work Visa, Pan-African demographics would need to be taken into account, especially with regard to the accessibility and quality of education.

The latter is to say, only allowing in applicants with a Bachelor Degree appears to entitle the already privileged and whereas it makes sense that applicants need to provide proof of the possession of sufficient funds, there should be alternative pathways (i.e. ‘Kickstart Programmes’ – that provide a temporary job opportunity with the possibility to seek jobs while already in the country) considering the economic downturns in various African countries. Third, with regard to the Critical Skills Visa, the same applies as for the Jobseeker Work Visa. If ‘critical skills’ are bound to having received university education, then it might be overlooked that the energy transition will require a number of skilled and particularly-skilled workers. Especially because the idea of the AfCFTA is to encourage inter-African mobility, it will also have to be discussed how migration, education and employment will play in all the vehicles that will drive Pan-African trade. This unique intersection has been well-addressed within the European Union (EU) and, irrespective of whether the EU’s model would work out and be in the interest of Africa, it cannot be denied that ignoring certain aspects of the wheel of mobility and trade will lead to inefficacy or at the least inefficiency.