Increasing The Representation Of Black-Owned Businesses In South Africa 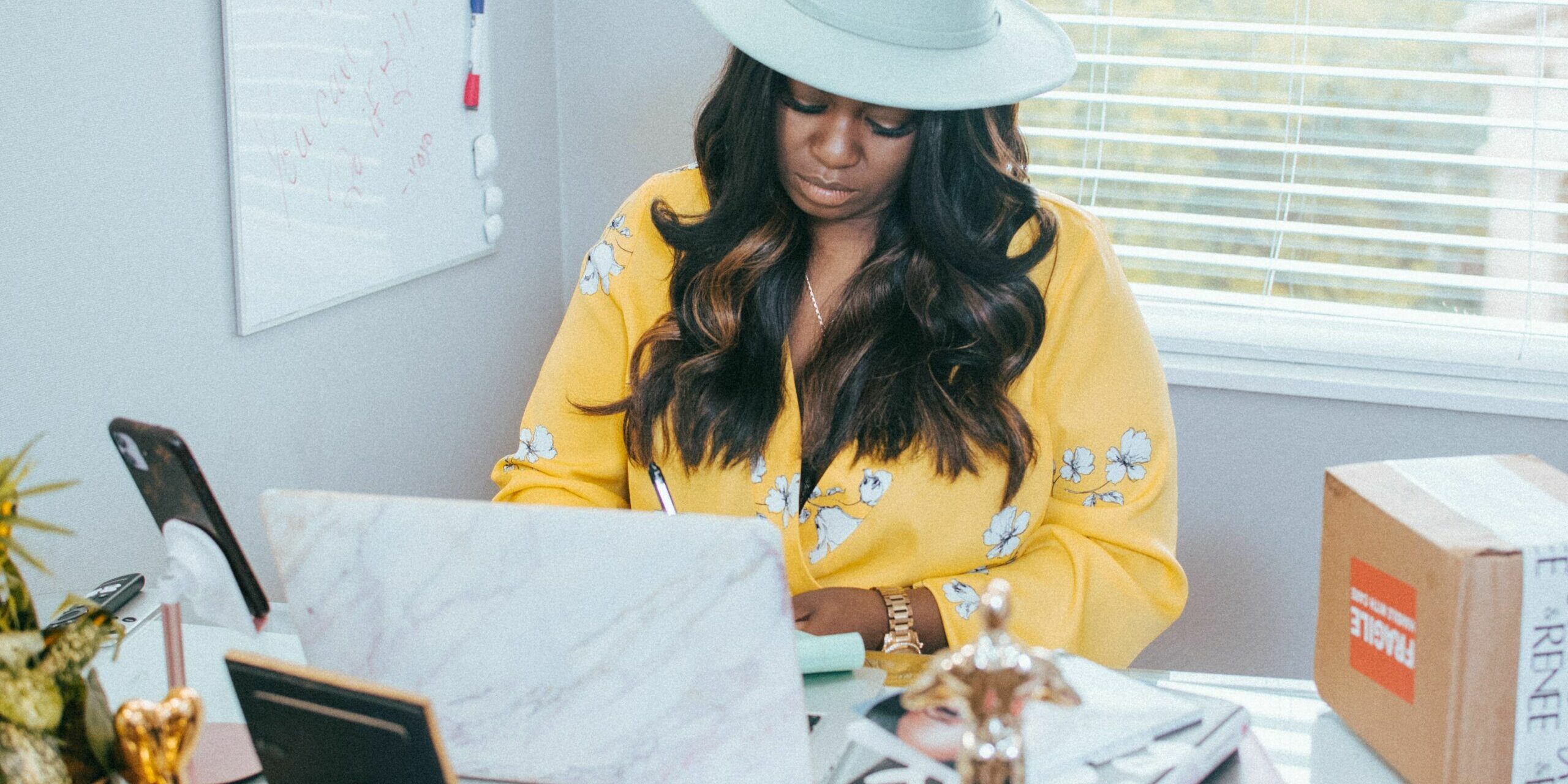 Beyond What Has Been Done Through B-BBEE, Fostering Networks Of Knowledge-Impact-Trade Within The Black Business Community

As Musabayana and Mutambara write in their 2022 article ‘The Implementation of the Broad-Based Black Economic Empowerment (B-BBEE) Policy in South Africa: a Myth or a Reality in SMEs?’, various countries such as South Africa, Brazil, the United States and Malaysia have implemented ‘indigenisation policies’ aiming to lobby for the inclusion of minority groups in their economies, start-up scenes and/or politics. In the case of South Africa, B-BBEE reaches back to the 2013 Broad-Based Black Economic Empowerment Amendment Act, whose main objective was to promote black economic participation. And while the latter is an important goal, especially considering South Africa’s apartheid history, B-BBEE has arguably not yet been effectively dealt with. This article will illustrate one argument, namely that the black business community in South Africa should consider building networks of impact, which allow for mutual support among black-owned micro enterprises and black-owned B2B businesses making pitches to international investors to support local and inclusive development.

One of the objectives of the B-BBEE Amendment Act 2013 was to increase the number of black-owned businesses and productive assets in South Africa – a goal which was maybe a little bit too unspecific to make a real difference, when it comes to the representation of the black community in business in South Africa. Whereas numbers from 2020 show that 74,8% of formal SMMEs were black-owned, most black-owned businesses in South Africa were in fact informal (66,9%). And while the formal sector showed a growth tendency, the Centre for Development and Enterprise (CDE) found that most of these businesses were micro enterprises (176,333) followed by small businesses (68,494) and medium-sized companies (17,397). Whereas South Africa does show a general tendency towards having more informal than formal businesses, an initial decline in black entrepreneurs during the beginning of the COVID-19 pandemic as compared to a steady number of white SMME owners might show both that black SMME owners need more effective support and that they dominate South Africa’s SMME scene.

As the ‘SMME Quarterly Update: 3rd Quarter of 2020’, which is published by the Small Enterprise and Development Agency (SEDA), reveals, 90% of all jobs lost during the beginning of the COVID-19 crisis were situated (largely in the formal) in the SMME sector. Especially because business closures were in many cases linked with a lack of entrepreneurship respectively business skills, increasing the representation of black South Africans in the country’s  business scene might actually start with more effective education. Putting an emphasis on building entrepreneurship skills at all levels is not optional considering the fact that approximately 75,2% of SMME owners were black in Q3 2020 with only 17,3% being white, 3,9% being coloured and 3,7% being Indian/Asian. As the SEDA suggested, the decline in black-owned SMMEs at the beginning of the global pandemic might also be related with population demographics. Many coloured people were found to live in the wine and tourism areas in the Western Cape – and the Western Cape went through the biggest challenges in 2020 thanks to its business thriving on trade and accommodation and, to a lesser extent, agriculture.

Which leads to asking two questions: First, how can South Africa more effectively support black micro-entrepreneurs (including) amid crisis situations, especially in terms of ‘prevention measures’? Second, how can the B2B sector and, in particular, black-owned businesses in this sector, receive support to design effective support for black-owned South African micro enterprises? To answer these questions, let’s first take a look at the landscape of South Africa’s B2B sector. As Hans Zachar, the Vice President Solutions TransUnion Africa, wrote during his time at Accenture, digital commerce is on the rise and businesses in South Africa’s B2B sector need to hop on the digital train: “[The deployment of] digital commerce strategies, benchmarking performance and aligning resources, capabilities and tools” is no longer optional. Rather than this, digitizing business operations does not only mark an entrance strategy to commercial success, as Zachar underlines – digital products and solutions sell and will continue to raise revenue.

The latter points at one major strategy, which B2B businesses should deploy to increase their societal impact alongside their business impact. South African B2B businesses should strategically design solutions for micro entrepreneurs and differently skilled entrepreneurs – that is such, which are brave enough to start up a business without any background in this domain! While creating networks, which support a huge range of micro enterprises may be more difficult than cooperating with a few more successful companies, large-scale impact on diversity and inclusion should arguably matter more, when designing business solutions, than attracting revenue. However, such an effort of course needs to be funded and financially supported by both domestic and foreign investors. When thinking of designing supportive solutions, B2B businesses should particularly focus on the gaps in public and governmental support. For instance, whereas the South African Government intended to raise the number of black-owned companies listed on the JSE, only 2% of these companies are fully black-owned and 25% were partially black-owned if commentators are right in 2020.

One way to counteract this reality could be to strategically invest in innovative companies, which seek to lift a large amount of black-owned micro enterprises out of precariousness. As the Statistics Department of the Government of South Africa emphasized, in 2019, small businesses only generated ⅕ of the overall turnover of South African businesses. More concretely, large businesses contributed 68% and medium-sized businesses contributed 10%, leaving small businesses at a total turnover share of 22%, which roughly equalled R2,3 trillion. Whereas the South African Government has taken efforts to lift specific black-owned companies to a new level, various business owners have remained frustrated and angry at the fact that this kind of ‘selectionism’ has distracted from the need to set up a constructive start-up environment. Especially because companies in the informal sectors are often unable to employ additional workers, focusing on creating ‘networks of impact’ could lead to both creating additional employment and benchmarking performance and ethics within these networks. Such efforts would additionally allow for the more close monitoring of supply chain operations.

Of course such networks cannot prevent each and every business closure amid crisis times, but such networks could also make a commitment towards digitizing their operations as far as possible and training for additional skills and services. Rather than remaining dependent on investor networks, accelerators and the government alone, black-owned businesses might benefit from forming stronger unions among themselves with the help of international investors, who make a commitment towards supporting inclusive local development. Whereas NGOs such as the Black Business Chamber already work towards supporting black-owned businesses and “historically disadvantaged individuals” in South Africa, their work could thus be lifted to a new level if investors follow suit and make an effort to set up industry-related networks among black business owners. In order to become a recognized business within such networks, training could then be offered to achieve that businesses diversify and commit to common objectives such as climate change, which will make the work of black-owned B2B businesses also more relevant within such knowledge-trade-cooperation networks. Let us know what you think in the comment section on LinkedIn! Which is the most effective way for black businesses to increase their visibility?

If you work towards making the impact of black business owners heard – whether that is in South Africa, Germany or another African country, we will gladly represent and support you on the legal side! Our team is both specialized in supporting multicultural businesses in Germany, in supporting African businesses in Germany and in supporting businesses across various African jurisdictions. While our support starts with providing help on immigration and relocation matters, it does not stop there – taxes, tech, intellectual property…You heard us! Contact us today to find out more!