Investing In Eco-Tourism In South Africa 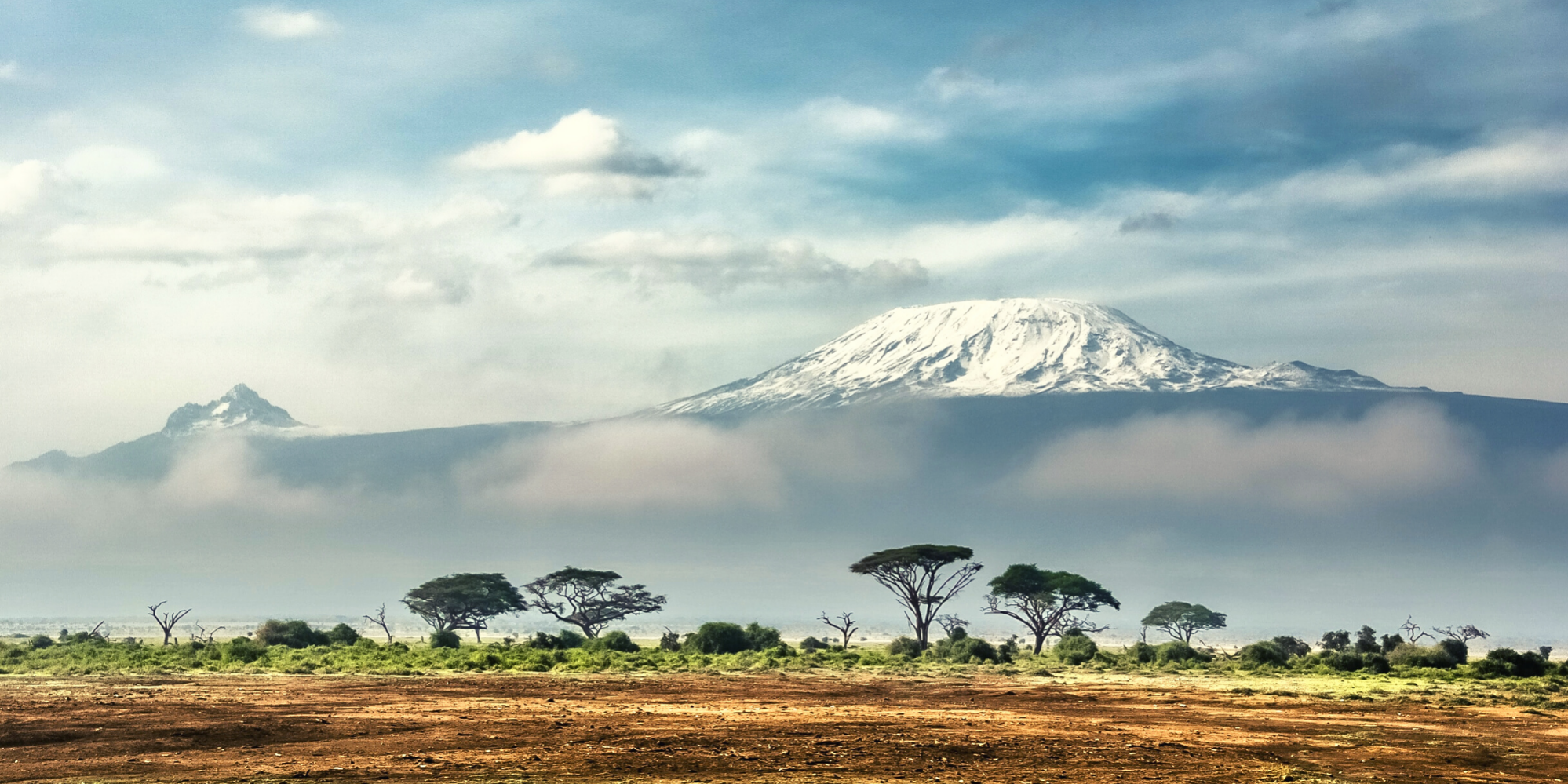 Now Is Time To Accelerate The Impact Of Local Populations, Entrepreneurs And Change-Makers

As a publication by the Government Communication and Information System (GCIS) department of the Government of South Africa highlights, the tourism industry has been of great importance for South Africa’s economy both with regard to employment creation and its contribution to South Africa’s GDP overall. Prior to the beginning of the COVID-19 pandemic, the country’s tourism sector contributed an added value of US$22,1 billion, however this added value shrank by around half of itself as a consequence of the global pandemic and heavy restrictions on mobility. Especially as South Africa’s GDP currently stabilized to pre-Pandemic levels, it might be curious to explore the future impact, which tourism and particularly eco-tourism could have on the country’s economy and the well-being of its citizens. After all, South Africa’s government debt is still rising and the government has been prioritizing social spending (i.e. on general public services, education and social protection) in 2019/2022 with such priorities also having been announced for 2022/23.

As the ‘Budget Review 2022’ demonstrates, most government spending is planned to be allocated in the following areas during this and the next year: 1.) debt-service costs (R301,8bn), 2.) basic education (R298,1bn), 3.) social protection (R280,2bn), 4.) health (R259,0bn), 5.) community development (R236,3bn), 6.) post-school education and training (R131,6bn), 7.) economic regulation and infrastructure (R117,5bn) and, 8.) police services (R110,2bn). Whereas South Africa’s Government also allocated huge amounts of money to support the tourism industry on the pathway to old strength in 2021 through the Tourism Equity Fund (TEF), which is an initiative between the Department of Tourism and the Small Enterprise Finance Agency (sefa), it yet has to make sure that black-owned tourism enterprises are truly well-represented, as it states with a participation of at least 51% including in rural locations. Introducing its e-visa platform, which is available for 14 countries, in February 2022, South Africa certainly has been taking efforts to make tourism as well as business trips easier. As an article on Times Live highlights, by 2030 the Tourism Department aims at having attracted 21 million tourists. While the latter may sound ambitious, it should however be emphasized that the Government’s investment of R80 million in short-term jobs in the tourism sector in 2021 could be criticized from the viewpoint that the tourism industry should also make sure to support the growth of long-term, sustainable and decent forms of employment.

Various public-private partnership (PPP) projects have been aimed at building the infrastructure for tourism purposes and attract investments; such as the SANParks tourism projects, the Eco-tourism Manyeleti three sites and the Blyde River Sky Walk Development and the Government of South Africa has not been the only actor involved in contributing to both a thriving tourism industry, sustainable consumption, agriculture, manufacturing and integrated waste management. In 2013, the European Union launched the ‘SWITCH Africa Green’ programme to accelerate the participation and impact of micro-, small- and medium-sized businesses (SMMEs) that demonstrated a strong commitment to promote green business initiatives, to spread awareness among public and private consumers and to create an enabling politico-legal, economic and regulatory environment, which ensures that African economies, including that of South Africa, can opt to ‘go green’ in terms of tourism and beyond. However, neither this initiative nor the efforts on the side of the Government of South Africa have so far achieved a comprehensive change, when it comes to promoting diversity and inclusion in the country’s eco-tourism sector.

Considering that the struggle about land ownership and land claims also maintains a continuous issue with a long history, investing into eco-tourism should arguably happen with a couple of objectives in mind. Eco-tourism: 1.) Might not only have the capacity to preserve South Africa’s biodiversity and natural environment, but also to address the issue of land ownership. Ideally, efforts to stimulate eco-tourism would coincide with efforts to promote black-owned businesses and land ownership; 2.) Could have a profound impact on cultivating life in South Africa’s National Parks as long as, as Mukanjari, Ntuli and Muchapondwa argue, entry fees are increased with other actions being potentially needed, too; 3.) Provides multifold entrepreneurship opportunities. As Litheko points out, unemployed youth should be given the chance to contribute to the preservation of South Africa’s natural landscape and wildlife as well as its entrepreneurship industry, lastly because entrepreneurship has been recognized for its positive impact on economies; 4.) And tourism per se have been regarded as a tool to empower previously marginalized populations.

Whereas eco-tourism’s capacity to empower black, young and rural entrepreneurs arguably depends on coherent policy frameworks, it has to be said that entrepreneurship policies have so far not succeeded in accelerating the work and innovation of most of South Africa’s entrepreneurs. As Litheko demonstrates in his 2012 article ‘Business Support for Emerging Entrepreneurs in Eco-tourism: North West, South Africa’, the mid- to long-term failure of start-ups in South Africa lies approximately at 80% in the first three years, despite that young entrepreneurs have innovation, creativity, indigenous knowledge and products to offer, exactly – what (inter)national tourists may be willing to invest in and learn about, which might hint at the fact that entrepreneurship skills could be less needed to succeed at building a venture, if some of the responsibilities rested with public institutions. As Mukanjari, Ntuli and Muchapondwa underline, as the South African government is prioritizing “national objectives, such as poverty reduction, education, and health”, the importance of additional investments in conservation need to be highlighted.

With one of the most recent international investments having been made by the International Bank for Reconstruction and Development (IBRD), which has announced that its Wildlife Conservation Bond (WCB) aims at the protection of South Africa’s rhino population between March 2022 and March 2027 with further promises being that it will also: 1.) increase investments in the Great Fish River Nature Reserve; 2.) “support important conservation efforts at Addo Elephant National Park”; 3.) offer a ‘blueprint’ for a novel approach to conservation funding. Whether the WCB approach will be successful has yet to be figured out over time, but one thing is clear – investors will only receive benefits, if a change with regard to the protection of black rhino populations has been achieved. As such, it also would have to be explored, whether a similar approach could be utilized to help South Africa’s eco-tourism industry and its black, young, rural and indigenous entrepreneurs thrive. One area, which they could certainly contribute to, would be the preservation of biodiversity and natural habitats in South Africa’s National Parks, whose tourism could probably thrive on other innovations, for instance, tours based on indigenous knowledge etc.

As a map of South Africa’s National Parks shows, in 2016, South Africa’s poorest communities were located at the East Coast of South Africa, in proximity of various SAN Parks such as the Addo Elephant National Park, the Golden Gates Highlands National Park and a wide range of KZN Parks. One particular problem, which has been mentioned by Ingle and Ndege, is the difficulty that small business owners face when raising funding from micro-lending institutions. This difficulty could be circumvented, if more public funding was made available to integrate micro-entrepreneurs in a community of change-makers. One initiative, which could be imagined under such a horizon would be an accelerator programme per National Park. While such a programme may also run for a limited time (i.e. one year), it could help mid-term rather than short-term employment creation as well as be accompanied by training in entrepreneurship and technical skills, which constitute one further issue in the acceleration of start-up success in South Africa.

Are you a start-up, an SME or an international investor with an interest in accelerating the impact of local populations in South Africa or does your company have an active interest in protecting South Africa’s natural environment and biodiversity? Then we will happily support your business on the legal side. We are specialized both in supporting multicultural businesses in Germany, in supporting African businesses in Germany and in supporting businesses across various African jurisdictions. While our support starts with providing help on immigration and relocation matters, it does not stop there – taxes, tech, intellectual property…You heard us! Contact us today to find out more!