New in Berlin And Tired of Cooking At Home? 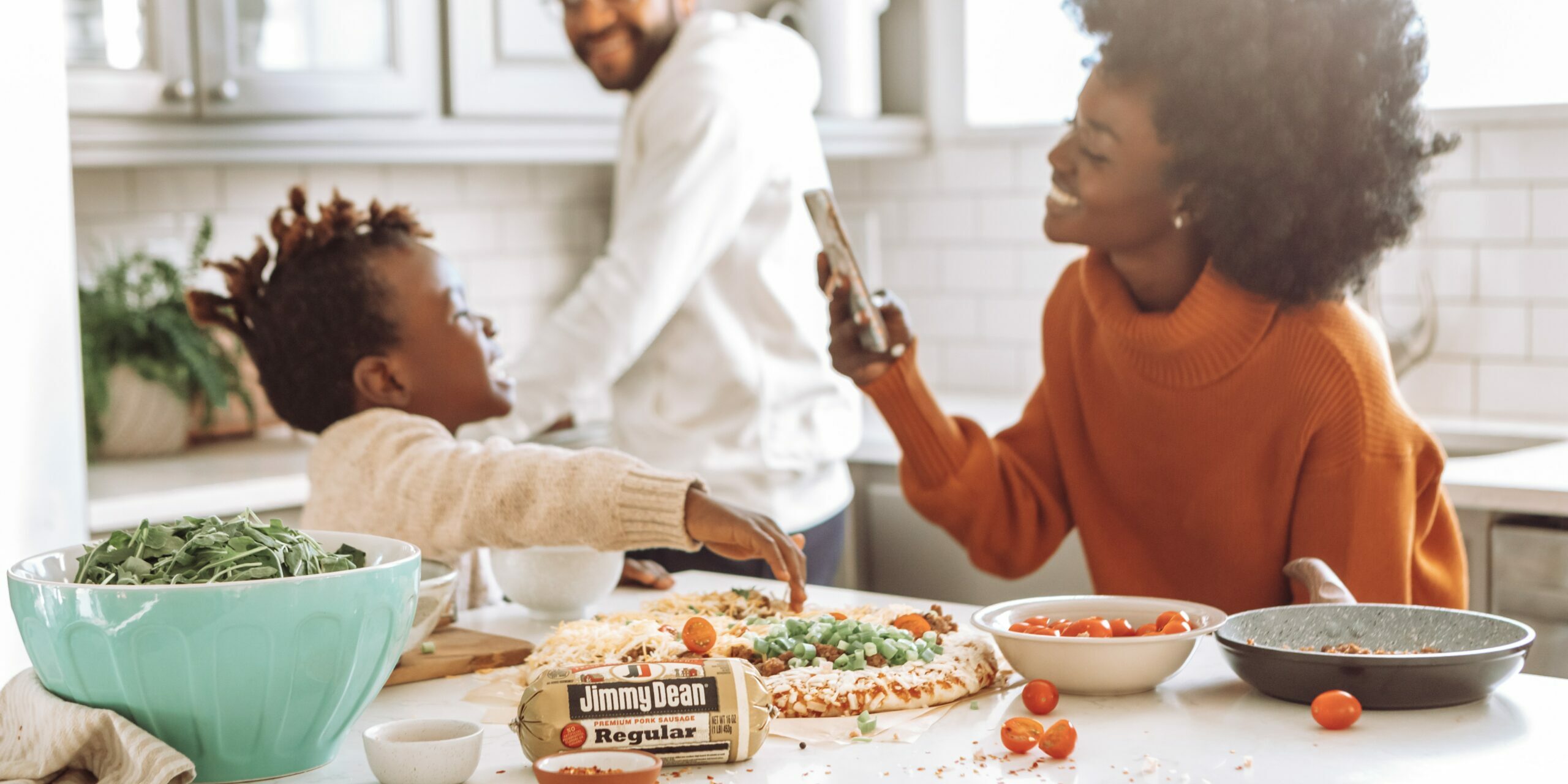 African Restaurants You Might Want To Give A Try…

Migration confronts us with a range of new experiences and one of them certainly might be the experience to try new foods. Whereas the latter can be exciting – it certainly wouldn’t surprise us, if you sometimes crave for a ‘piece of home’! Anything in mind? Well, whereas we cannot serve all the culinary tastes, here is a list of African restaurants in Berlin that will hopefully provide you with some inspiration on where to go for a break or a night out! Whereas we got told that entrepreneurs work all around the clock, it cannot be denied that productivity also depends on solid nourishment…

A Few Anecdotes About Food…

~ Home is not a place, it is where the heart is ~ That is such an easy thing to say. Sometimes it may provide us with new hope, but other times we may feel as if this line does not capture the entire depth, the downfalls, the difficulties and the struggle of our migrational experience. As Meredith E. Abarca, a Professor of Food Studies at the University of Texas at El Paso (UTEP), suggests in the foreword of the book ‘Food Identities at Home and on the Move’, which was published in 2020 by Routledge and discusses the question “[h]ow…food [might] restore the fragmented world of migrants and the displaced”, all the acts around cooking food – which include the preparation of foods, shopping for ingredients and the consumption of food, could be described as a ritual of making oneself at home. As part of this act, food can literally be understood as a “‘raw material’”. That is to say, without our own socio-cultural knowledge, we could never prepare a particular meal in the same way – memories about how we felt when our grandmother first cooked a particular food for us are unique, which may be why no one else gets the same dish right.

Cooking, as Abarca’s thought hints, can thus be described as both – a “geopolitical and social-cultural” act, if not an act which proves how migrants, respectively expats, ‘integrate themselves’ in a new environment. And the latter is not easy, even when it just comes to food. As Berggreen-Clausen et al. found in their study “Food environment interactions after migration: a scoping review on low- and middle-income country immigrants in high-income countries”, which was published in 2021 in Cambridge University Press’ Journal Public Health Nutrition, it all starts with gaps in the availability of certain foods, which might coincide, among others, with socio-economic aspects. Low- and middle-income country immigrants in high-income countries often lack the economic resources to buy healthy and culturally-specific foods, while comparatively affordable local restaurants do not always prepare culturally-specific foods in the way expats know and remember it from home.

In addition, the same foods do not necessarily taste the same nor have the same quality, which makes it impossible to keep one thing steady amid the confrontation with large-scale changes associated with the expat experience – dinner! Despite that the huge variety of African restaurants in Berlin may not serve everyone’s taste either – are you curious what is on their plates? If the answer is yes, then try out one of the following restaurants below and let us know in the comment section on LinkedIn, whether you could imagine becoming a ‘food entrepreneur’! Have you ever dreamed of opening a café or a restaurant in Germany to let others know what home tastes like? Let us know – and let yourself be told, if the findings of Armando Garcia Schmidt, a Senior Project Manager in Sustainable Social Market Economy at the Bertelsmann Stiftung, are right, then there is still room for growth in Germany’s culinary sector. 74% of the businesses, which are founded by immigrants in Germany, fall into the domains of IT and medicine.

Your African Restaurant List For Exploring Berlin…Ready To Dine Out?

Dining in certainly is a revolutionary act that allows us and our families to come together and celebrate our culture, but what if we added a little dining out? Exactly! – Let’s figure out the culinary potential of…

SeneGambia African Imbiss is one of the top places to go, when it comes to craving flavourful West African foods without digging deep into your pocket. Whether you wanna eat Thiéré, a typical Senegalese couscous dish; Chakry, which has been referred to as “the Gambian twist on rice pudding”; Plasas, a West African beef stew; Benachin, a traditional Gambian dish, which has travelled across various African cuisine where it is better known as ‘Jollof’; plantains; or SeneGambia’s home-made donuts…This restaurant is served by a sweet team, which spreads colourful flavours! Become a partner in crime and order! Google and Tripadvisor say it all, still wondering?

Didi Pa literally means to ‘eat well’ in Twi language, which is “[a] Niger-Congo language and a member of the Kwa family, spoken by up to 8 million people in Ghana […,] Cote d’Ivoire […and] Togo”. Didi Pa’s team points out the latter meaning on their Facebook site, which also announced that the restaurant reopened on Valentine’s Day this year to look beyond the two last years of the global pandemic and celebrate love and life with food. Too ‘lazy’ to go out and more comfortable with spending quality time with your family at home, but still do not want to miss out and order at Didi Pa? Then, be sure that this West African restaurant serves your orders through its Lieferando company profile. As the latter suggests, you may get a taste of Waakye, a beautiful Ghanaian symphony made out of rice, beans and dried red sorghum leaves; Banku-Okra soup, a Ghanaian delicacy with a smooth too stewy texture topped by “a fermented corn and cassava dough dumpling”; African pepper soup, which can contain a wide variety of different spices across West Africa; Kontomire stew, which is a Spinach-covered stew also referred to as ‘Palava sauce’ that contains meat and dried fish and many other dishes…Ready to grab a bite?

Massai Restaurant is probably one of the most-visited African restaurants in Berlin, at least according to its Google reviews. As Together Women Rise writes, the Massai diet consists of few foods such as milk, meat, honey and tree bark with cattle blood being both added as an ingredient in cooked foods and drinks. Whereas ‘Western’ foodies might be somewhat struggling to imagine the latter, Massai Restaurant serves both African and ‘Western’ tastes, actually diverging quite a bit from Massai food culture. Among three of the delicious dishes, which Massai Restaurant proudly presents are Mafé Poulet, a traditional dish from Mali “which contains of chicken drumsticks and diced lamb stewed in a peanut sauce” added up by Kenyan beans and black-eyes peas;  Kamba, which is a dish featuring “Cape Town-Style cooked scampi”; and Abessinia, whose name hints that it constitutes a dish from Ethiopia and also Eritrea that beautifully merges the tastes of lentil, tomato, coconut, wild spinach and peanut sauce. Curious? If so, then do not fail to head out tonight!

If you’re seeking for a fine dining experience, then Makénéné might have heard your call already! In a nutshell, its name refers to a community in Cameroon – but, what to expect? Among others, paying Makénéné a visit may give you the chance to try Cameroonian Achu soup! Afro Smart Shop has described the latter as “gloriously yellow, delicate soup […] paired with mashed/pounded achu coco (taro)”. While it may be hard to imagine for outsiders, Achu soup looks a bit like cake. You heard us and now give this beautifully arranged dish a taste! Or, if you are not convinced, try Makénéné’s Egussi stew with plantain, which is made from the seeds of Pumpkin and one savoury treat on its own or pounded yam with Ogbono soup, which is made on the basis of African wild mango seeds. Ready to dine? Then consciously take some time for yourself and visit Makénéné. It has been said the service is a bit slow, but doesn’t that remind us that cooking is truly a meditative act that requires a lot of care and love for culinary detail?

If you want to get a taste of Egyptian food, then Berlin probably has a variety of restaurants on offer. One of them is KLX – Koshary Lux, which promises to “bring you street food straight from Egypt and the Middle East onto your plate” while inspiring you with music from Egypt and beyond. Among others, Koshary Lux is able to give you a taste of Dukkah, which Cookie and Kate describe as “a nut and spice blend from Egypt” that can be “sprinkl[d…] over bread dipped in olive oil, vegetables, hummus and more”; Mahalabia, a Middle Eastern milk pudding is another sweet treat, which Koshary Lux might have to offer you if you are a lover of rose water and cardamom! Beyond the latter dishes, Kabsa might be an option to get a taste of Saudi Arabia, where the tender rice and chicken dish is a national dish garnished with the sweet smell of cinnamon, lime, coriander and turmeric. If instead you are craving a piece of home in Morocco, maybe it could be interesting to note that KLX also serves Zaalouk, a cooked salad with tomatoes, eggplant, garlic, olive oil, herbs and spices. Curious to find out more? Reserve your spot today and let us know what you think!

Whether you are a food entrepreneur or just got inspired by our article, our team will happily support you with funding a business in Germany! Our team is not only specialized across various African jurisdictions, but also in supporting businesses between Germany and Africa in a variety of legal domains. Our support starts with providing help on immigration and relocation matters, but it does not stop there – taxes, tech, intellectual property…You heard us! Find out more about potential synergies today by pitching us your business or expansion idea/plan – we cannot wait to hear from you! If you have a more general inquiry, of course also do not hesitate to write us!