Showcasing The Work Of Black Entrepreneurs In Germany 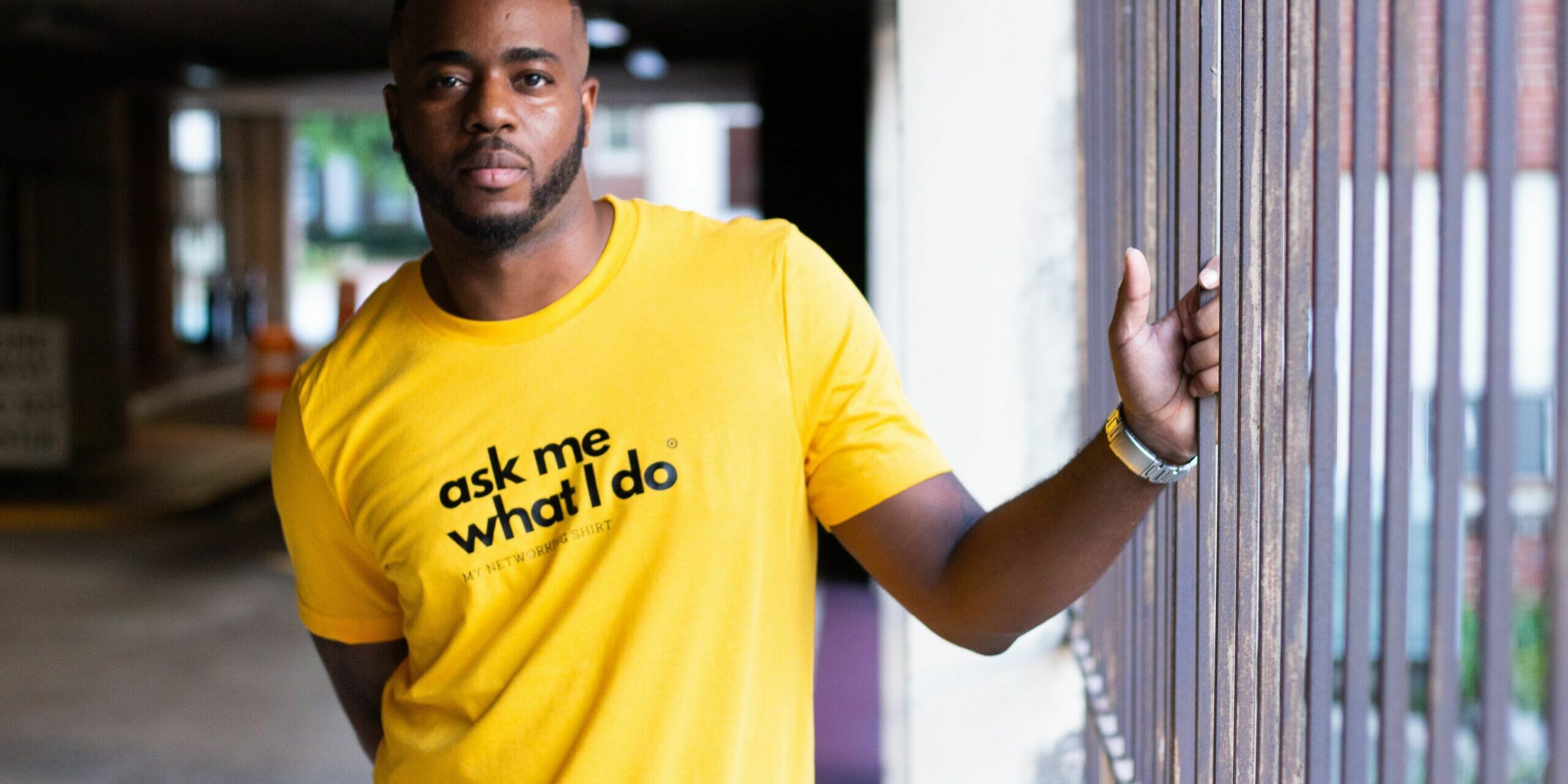 Representation Is Everything: Why Germany’s Start-Up Ecosystem Urgently Needs To Create A Safe Space For Black Founders

It is no secret that Berlin’s tech scene is not exempt from racist stereotypes, discrimination and racism. As Steven Perlberg underlines in an article on Sifted, from hiring practices to the reasons for job terminations – working environments have proven to lack diversity and be full of, at the least, microaggression. Black workers in Berlin’s start-up industry have additionally remarked that the curse of having to prove themselves in front of white workers persists. But how can we close the ‘trust gap’, which possibly thrives on racist stereotypes without sending the message that it is indeed ok that black workers and entrepreneurs have to prove themselves? The answer may be easier than it seems, representation! This article will provide a few insights on racial discrimination in the workplace and the start-up and VC industry, and provide a few suggestions for change.

To Represent, To Challenge Stereotypes…

Ask me what I do! – Might seem like a quite simple solicitation, when it could actually be one of great influence and the capability to challenge racist stereotypes. As explained in an article on Verywell Mind, stereotypes are linked to cognitive bias and generalizations that stem from racial socialization. In short racial socialization describes the process, whereby we “receiv[e] information about the values and perspectives of our race from our parents, caregivers, and other influential people”. The latter points towards the fact that racial stereotypes are often formed in our childhood. Whereas such stereotypes are not grounded on our own values, they have to be challenged later so we can remind ourselves that what we have learned might have been based on other people’s stereotypes and also the lack of representation. As Amy Morin writes, stereotypes can be developed when: 1.) we portray history in an undifferentiated and incorrect way (i.e. we fail to showcase the history of black inventors and scientists), 2.) media and entertainment underpin racist stereotypes (i.e. black people being portrayed more frequently as the ‘villain’ in crime movies); 3.) our parents acted on their own stereotypes (i.e. talked about or treated black people with less respect).

What the latter shows is that challenging racist stereotypes requires being honest with yourself. It is not only about launching special funding programs for black founders (though the latter matters without a question!), but it is also about changing your organization inside out. It means that your work needs to allow every single employee to work on their own biases, to promote a safe and open communication culture and to take responsibility and hold your employees and your company accountable, where it is needed and adequate to protect all your employees’ rights. In other words, promoting a safe ‘working and ecosystem culture’ for black workers, entrepreneurs and founders actually comes with the benefit of changing your overall culture towards a more peaceful and inclusive one. But what does a safe ‘working and ecosystem culture’ possibly contain? Whereas the below might not be a full answer, one could possibly discuss some of the following suggestions and their possible impacts:

Especially, because black workers in the US were found to be underrepresented  in frontline jobs and management positions, it matters that they receive the right support within organizations until parity is reached. The latter might start with coaching employees and managers with regard to intercultural as well as safe communication, a task which business psychologists could easily take over. Within start-up ecosystems such training might need to take place in a different format. Since quite some VC firms have been criticized to be reluctant to open up to the potential of black entrepreneurs, what may help is to establish a regional or national commission, which holds itself busy with taking in reports about discrimination in start-up ecosystems.

VC firms could voluntarily join trainings in relation with diversity and inclusion to be qualified for receiving particular batches (i.e. BLM Ally, LGBTQI+ Ally etc.). In addition, one could approach the CFAS from a legal side, obliging VC firms to provide useful feedback, transparency and accountability, where adequate. Finally, VC firms could also establish their own regional and national networks to support the black community – all of which counts as much for the US and Germany.

In Germany, there are different institutions, companies and organizations, who annually publish new statistics with regard to the country’s start-up ecosystem and sadly these statistics are some of the rare resources to actually stay on top of broad-scale developments in Germany’s start-up industry. Whereas there is nothing much to criticize about such efforts, organizations should receive additional support by public institutions to publish disaggregated data. Whether it is the Migrant Founders Monitor, the German Startup Monitor or the German Social Entrepreneurship Monitor, more findings are urgently needed to understand different types of discrimination, but also potential!

Opting for racial parity is not an option. Whereas it might be a little bit more difficult to achieve racial parity in the VC industry – that is in VC firms, it might be an idea to achieve the latter through the establishment of a commission, which works towards better understanding Germany’s VC system and start-up ecosystem overall. Opting for racial parity within such an organization could mean to have people on board who will lobby for racial justice. Whereas the afore-mentioned task might to an extent be in the hands of the German Startups Association (‘Startup Verband’), efforts could certainly be extended in order to support a range of minority groups alongside black entrepreneurs in Germany.

Lessons From The US’ VC Industry: Representation & VC Funding

As Accenture hinted in one of their publications from 2022, is it “time for a great correction” when it comes to filling the venture capital (VC) gap that black founders have been confronted with. Whereas VC firms invested 7% more than in 2019 in 2020, black founders in the US only received 1% of overall funding. As the Accenture report specifies, if the VC industry in the US would mobilize its efforts to reach funding parity – that is “equitable investments in Black founders at each stage AND sustained support throughout the life of the Black enterprise”, it would need to realize the following steps. From 2027-2030, it would need to support…

As the latter claims show, working on inclusion in the VC industry marks an effort, which might require awareness across entire start-up ecosystems and their respective VC networks. As Marlize van Romburgh and Gené Teare write on Crunchbase News, even if black funding in the US quadrupled from 2020-2021, it is by far illusive and this is particularly drastic considering that VC is the “gateway to wealth and prosperity in the U.S.” and, probably, not only there! As the German Startup Monitor 2021 showed, 19,8% of start-ups rely on VC to finance their business with VC being the third most-sought financing solution after public financing and operative cashflow as well as before business angels. But how can VC firms become more open to supporting black founders? And how can VC firms with an interest in promoting the innovation of black entrepreneurs hold other VC firms accountable?

According to Reed Albergotti, a reporter at the Washington Post, legal solutions are much-needed because black entrepreneurs might still be able to file a lawsuit, if they get rejected for a job based on racist stereotypes and discrimination, but not when their pitches towards VC firms are met with ‘no interest’. The myth behind this ‘logic’ might be that start-up ecosystems are systems free of any control and also of a decent amount of accountability. In other words, the idea that individuals can work themselves ‘from rags to riches’ still exists, only it might have shifted its moral a little bit. While in the past the latter may have been connected with the connotation that ‘poor people’ just need to work ‘hard enough’ to make it all the way to success, today the myth seems to propagate that if they just work smart enough, they will be discovered. Both narratives veil and justify discrimination and inequalities, and perpetrate the idea that rights aren’t truly universal. The actual question is – how do we have to restructure our VC industries and ecosystems to promote success as a right?

Arguably, success is mutual. As Daniel Applewhite wrote in an article in the Forbes, back in 2016, the US’ VC industry was desperately seeking for new deals, but missing out on the work and success of 1,1 million minority-owned businesses, which could have generated another “9 million potential jobs and $300 billion in collective national income”. Instead of supporting these businesses, VC firms hesitated, ignoring that they would have very well had the capacity to compensate for some of the income and wealth inequality, which directly influences founders’ capacity to raise early stage funding from family and friends. To illustrate the latter, the 2021 McKinsey & Company report ‘The economic state of Black America: What is and what could be’ found that:

3.) Reaching income parity would require to lift the wages of black workers by 30%;

As these findings suggest, one answer might relate to publishing disaggregated data, creating awareness and acting on it. As mentioned before, there is too little data about black entrepreneurship available in Germany. Especially because policy-makers have gained interest in start-up ecosystems in Germany and all around the world, it must also be part of their work to actively lobby for minority rights within start-up ecosystems and this effort needs to be visible, too. Start-up ecosystems cannot just remain another layer of society, which contains all its pre-existing problems, they should be turned into vehicles for change! One way to directly address the issue of discrimination in public is possibly through networking events and in 2021 – such a networking event took place in Munich.

The platform UnternehmerTUM (‘Entrepreneurship’) regularly hosts events in Munich and in other locations, and in November 2021, it hosted the ‘International Entrepreneurs Night – African European Special Edition’, which gave entrepreneurs from Ghana and Rwanda a chance to pitch their business idea to a Jury, which consisted of Ayaan Jama, Digital Advisor at the German Society for International Cooperation (GIZ); Leah Nduati, Growth Analyst at the GrowthAfrica Accelerator; and Dr. Alan Armstrong, Venture Consultant at the XPRENEURS incubator.  Whereas the latter as well as the ‘Night of African Entrepreneurs in Germany’ constitute great efforts, these events are arguably not drawn up in the same way as other large-scale events such as Bits & Pretzels etc. At least some of the events, which promote black entrepreneurship in Germany, should arguably be drawn up in this way or form a part of larger summits, because otherwise awareness only reaches those who are already an ally. Beyond the latter, summits such as Bits & Pretzels should actively discuss topics such as discrimination and provide entrepreneurs from minority groups with a platform!

If you are an entrepreneur with an interest in anti-discrimination or an entrepreneur from the black and BIPOC communities, our multi-cultural team will gladly hold itself available to provide support on the legal side. We are both specialized in supporting multicultural businesses in Germany, in supporting African businesses in Germany and in supporting businesses across various African jurisdictions. While our support starts with providing help on immigration and relocation matters, it does not stop there – taxes, tech, intellectual property…You heard us! Contact us today to find out more!

Increasing The Representation Of Black-Owned Businesses In South Africa
August 8, 2022

Representation Matters – Including In The World Of Black Fashion
August 2, 2022