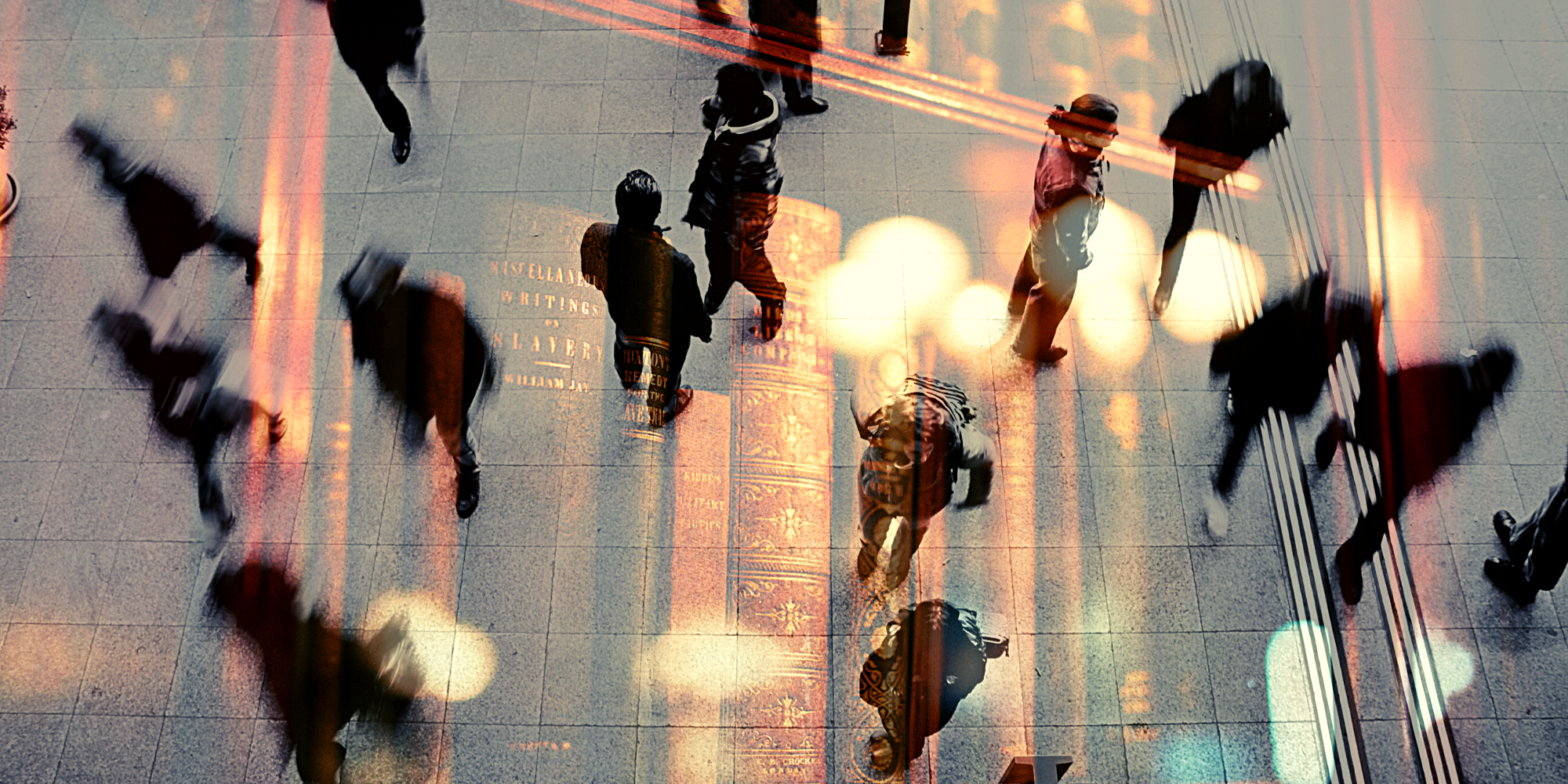 Together With Foreign Businesses, Workers Associations And CSOs, South African Businesses Should Lobby For Changes In Labour Law

In an article on BusinessTech from October 2022, Prof. Karin Carlitz, who contributes her expertise in Mercantile Law at Stellenbosch University, argues that South Africa “should adopt legislation that allows employees to disconnect from work communications after office hours – prescribed in their contracts – and bar employers from sending out those communications”. If the government and policy-makers will not make this possible, as Carlitz continued, then it might be needed to at least adopt a “‘code of good practice’”. As the holidays are partially over and partially nearing, it might be worth it to look a little further into South African labour law to understand how foreign businesses with operations and/or an office in South Africa could positively contribute to setting new benchmarks with regard to workers’ rights. As Ashleigh Nefdt argues in an article on woman&home, “[b]urnout is a lot like period cramps. You can’t understand it until you experience it, and most companies tend to ignore it”. But is it all that bad? Taking Carlitz’ expertise to heart as well, Nefdt shows that it might be.

As revealed through her article, currently there is no law that protects workers’ “‘psychological safety’”, however South African businesses, as Nefdt emphasizes, have been called upon to experiment with a 4-day work week. More precisely, this call was the result of a joint initiative between 4 Day Week Global and 4 Day Week SA Coalition. And whereas critics remarked that South Africa may not yet be ready for a 4-day work week, especially as its economy was not in the very best state in 2022, this should not be used as an excuse to make a change. As various kinds of research has shown elsewhere, a 4-day work week can actually boost productivity. When it comes to talking about whether it can reduce stress, the answer is a little bit more difficult. Whereas most sources claim that a shorter work week can reduce stress, some sources state that it’s the opposite. What certainly has to be said as businesses are exploring and testing this opportunity, is that there might be differences depending on the kind of work to be executed as well as the industry etc. But anyways, what rights do South Africans have according to the local labour at the current moment? As Harrison, Patterson and Ebrahim write on The Law Reviews,

“South Africa’s Constitution entrenches fundamental rights and contains several provisions that are relevant to employment and labour, which confer on everyone the right to fair labour practices, provide for freedom of association for workers and employers, and the right to participate freely in the activities of a trade union or employers’ organisation”

Whereas the most basic criteria of employment relations are regulated by the Basic Conditions of Employment Act (BCEA), the Labour Relations Act (LRA) specifies rules around labour disputes, dismissals and unfair labour practices. Further acts of importance in the area of labour are: the Employment Equity Act (EEA), the Occupational Health and Safety Act (OHSA), the Unemployment Insurance Act, the Skills Development Act and the Employment Services Act. As stated within the BCEA, “[e]very employer must regulate the working time of each employee […] (b) with due regard to the health and safety of employees”. In this regard, it is not allowed to let employees work for “45 ordinary hours per week” S11 2.4.2.(a), “more than ten hours overtime in any week” S11 2.4.2 (b) or “more than five days in any week” S11 2.4.2. (c). However, despite that employees are generally protected from a huge load of overtime work, it is legal according to the BCEA that an employee works up to 12 hours in a day without an overtime pay, when they agree to this in writing S11 2.4.1. Arguably, the latter should be adapted so that employers cannot misuse this gap to justify the necessity of free and overtime work. When seeking employment, future employees are often on the lower side of the bargaining table, at the least when they do not have enough financial reserves. For this reason, the latter rule should possibly be adapted.

Another reason, why this may be necessary, is because it conflicts with S7(b), which was mentioned earlier. It has been shown that long working hours and overtime work can significantly increase stress and lead to burnout. Whereas experts state that physical activity can help reduce the risk to cope with burnout later, overtime hours force employees to decide between different duties, roles, interests – the care for others and self-care. This is also why it is so important to update South African labour law amid 2022’s economic hurdles. Efforts to create employment opportunities will not bring the wanted results and produce a strong labour force in the mid- to long-term, unless South African labour law allows employees to juggle multiple responsibilities. The OSHA does not once mention the term ‘mental health’. Living in the 21st century, where mental health crises are a rampant issue that affects youth, South African and foreign businesses in South Africa should come together with workers associations and CSOs to lobby for changes in this regard.

While the BCEA forbids to “employ a child – (a) who is under 15 years of age” S43 1(a) specifying that “[n]o person may employ a child in employment – […] that places at risk the child’s well-being, education, physical or mental health” S43 2(b), it is hence of utter importance but not enough to solely address mental health issues in relation with minors. This necessity can be underlined with the insight that stigma around mental health persists in South Africa with access being a further issue, of course, as in other parts of the world such as the UK. As Dr. Alicia Porter, a board member of the South African Society of Psychiatrists (SASOP), told Africa Melane in an interview in October 2022, the COVID-19 crisis has partially led to “normalize [talks] not just [about] mental illness, but [also about] mental well-being”. As Dr. Porter continued, changing the language around mental health and well-being matters and it is crucially important to start talking about self-care and prevention, whereby the latter is certainly better than aftercare.

What these insights would demand from South African labour law is that it would need to ask employers to play the advocate for mental health and mental well-being. Where else, than in the workplace, can we influence so many people through a different and open culture – and most importantly, a healthy one? Despite that access to mental health is an issue around the world, both domestic and foreign companies should come together in South Africa to change minds. Yes, in general it is possible to get sick leave in South Africa when coping with mental health issues, but considering the gap in access and stigma, an open culture around mental health days should be encouraged to counteract presenteeism. Changes in the EEA, which may be indispensable in this regard, may be to respecify the rules when it comes to ‘unfair discrimination’. This would include mentioning ‘health’, ‘mental health’  – and better ‘mental-wellbeing’ – on the list of criteria, which employees may not be discriminated against EEA S6(1). These criteria include HIV status, but make no further remark to health-related issues in general.

Arguably, taking into account the argument of Dr. Porter, ‘mental-wellbeing’ is thereby the most suited term, which could be listed next to ‘mental health’. Otherwise, employees only receive support once they develop burnout – that is once they count as ‘sick enough’. If this amendment would be adopted in South African labour law and, in this case, the EEA, it would also need to be adapted that this law permits psychological testing under certain circumstances – when scientifically valid S8(a), “applied fairly to all employees” S8(b) and “not biased against any employee or group” S8(c). Arguably, creating more openness and the opportunity to make use of one’s right to privacy is the most effective, unless it is fair and just to say that a job requires such testing (i.e. jobs with special responsibilities). Overall, changes should hence work towards incorporating the concept ‘mental well-being’ into labour law. Rather than protecting only particularly vulnerable and minority groups within the workplace, such an addition could lead to protecting everyone at risk before consequences take over. This may not only lead to a destigmatization around mental well-being, but also to reinventing the ways in which individuals take care of themselves. Domestic and foreign businesses as well as the start-up industry should certainly contribute to lobbying for such a future.