The Movie Industry In Nollywood And SA  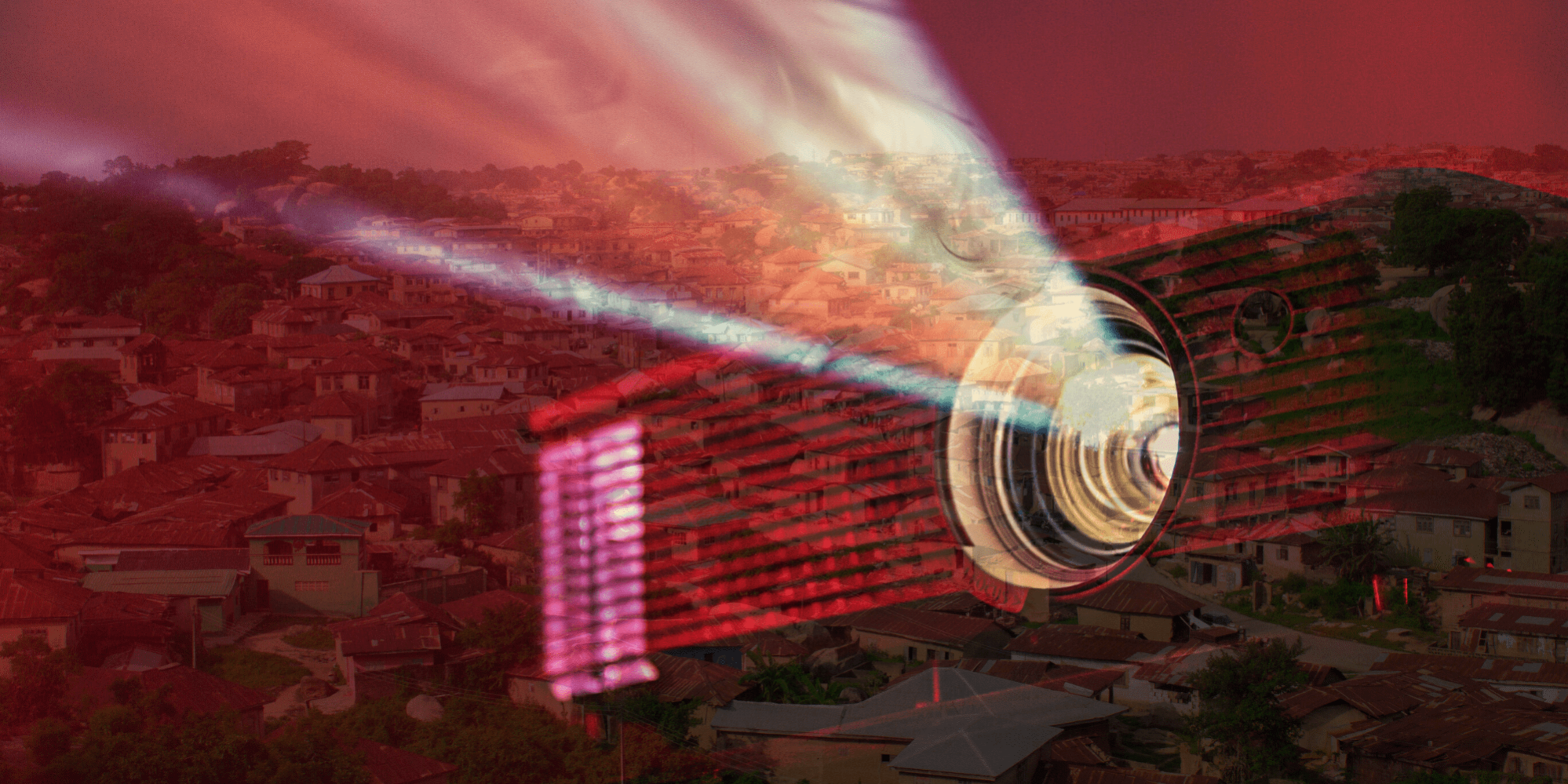 220.67 million – that was the number of Netflix subscribers worldwide in Q2 2022, after the subscription-based streaming service lost 970,000 movie lovers who may instead have settled for Disney+ or Paramount+, opted for another of the myriad streaming services (i.e. Amazon Prime Video, Apple TV+, Hulu, Peacock, HBO Max, Discovery+ etc.) out there or decided to take a ‘cinematic break’. 152,1 million – that is the number of Disney+ subscribers after Q3 2022 added up by another 14,4 million movie addicts, who decided to opt for the streaming service, which combines all you can get from Disney+, Pixar, Marvel, National Geographic and Star Wars and Star, between April and July 2022. But…how about Africa? South Africa? Nigeria? According to News24, last year was a difficult year for the South African movie industry. As the online news channel reemphasized,

“not a single local film made it to the top 10 list of most-watched movies in 2021, with local films generating less than 1% of the year’s total box office revenue”

Meanwhile, as Vanguard revealed, ticket sales in Nigeria increased in comparison to 2021 and Nollywood has also been making a significant, positive revenue (March 2021: N189m/ March 2022: N346.6m) change. As the Cinema Exhibitors Association of Nigeria’s (CEAN) data showed in April this year, the most successful movie between 25th-31st March 2022, was The Batman (Warner Bros), but 10 among the 20 most successful movies in this period were actually Nollywood movies such as A Simple Lie and City Hustlers. As Statista estimates hint, Nigeria’s box office revenue may further increase to next year and as Broadband TV News laid open in August 2022, Netflix has increased its investment and trust in Nigeria, South Africa and Africa as a whole,“‘believ[ing] that Africa is one of the major creative centres for great storytelling that resonates around the world’”. The latter reminds that Netflix’s surely exciting investments and projects in South Africa and Nigeria should also be carried out with a view to stimulate the local movie industries. As Thinus Ferreira argues on News24, the bad performance of locally produced South African movies can have to do with a variety of aspects such as financial hardship based on lacking (past) revenue, a resulting decrease in interest and the competition with subscription-based streaming services such as Netflix.

Rather than closing the revenue and interest gap bottom-up, as Ferreira suggests, it might be a good idea for film industry experts in South Africa to liaise with the government and come up with some “‘innovative strategies”” to give local content a boost. Which might also raise the question, what has Nigeria done differently? Before answering this question, let’s start with a brief history of Nollywood! To some of the audience in countries in the Global North, and except to the ones who are openly or secretly obsessed with B/Nollywood movies, it may look as if Hollywood is the ‘real thing’, that it’s where it all started – with the golden age, Grace Kelly, Audrey Hepburn, Marilyn Monroe, James Dean, Clark Gable and many more, and that it’s still where most movies are produced and where the profits go. But, in fact, Hollywood ranks third in terms of the number of movies produced after Bollywood (1st) and Nollywood (2nd). Every year, Nigeria showcases another 2,500 new movies – which may explain why it has brought forward so many inspiring actors.

But when did Nollywood emerge? How did cinema come to Nigeria? According to Buike Oparaugo, Lecturer of Mass Communication at The Polytechnic of Sokoto, “[f]ilm as a medium first arrived to Nigeria in the late 19th century, in the form of peephole viewing of motion picture devices”. As Oparaugo continues to explain, in 1903 the first movies were screened in Nigeria and the “earliest feature film” in the country, the silent movie Palaver, was directed by the English filmmaker Geoffrey Barkas, who served as Director of Camouflage in the Second World War, creating “‘dummy tanks’” with artists, film set/theatre designers and zoologists while fighting in the war. As Segun Akande comments, despite that in the 1930s, the narrative around Palaver was a positive one, as Nigerians first had speaking roles in the movie, the movie itself is racist and was not screened to entertain the local population, but executed as a ‘soft power project’.

As Oparaugo approves, the actual history of Nigerian cinema started in the 1960s, when the movie production companies Latola Films and Calpeny Nigeria Limited were established. With Calpeny Nigeria Limited having “produced the first Nigerian film, called the ‘Kongi’s Harvest’”, as Oparaugo states, Nigeria’s movie industry began to flourish and later to showcase actors such as Ola Balogun, Eddie Ugbomah and Adeyemi Afolayan at their best. Whereas the genres of movies and styles varied, Nollywood emerged as a largely English-language project, whereas Kannywood (i.e. Kano City) movies also are being produced in Hausa and Igbo. Finally, the age of “New Nigerian Cinema”, as Oparaugo refers to it, began in the mid 2000s and were celebrated through the establishment of Silverbird Cinemas, which screened higher quality movies with the result that further movie production companies (i.e. Genesis Cinemas and Ozone Cinemas) were set up to push for more movies with an alike production quality, and hence, excitement factor. But rather than making performances more exciting or dramatic – Nigerian acting is said to have become more “subtle” and ‘storylined’, when Oparaugo creates awareness around the fact that quite some lines used to be improvised (and maybe still are, who knows!).

Spectators may now wonder how to find out more, well – in either case, we can recommend you to pop by your local cinema or an online streaming service to view one of the 2022 Nollywood series and movies, such as Blood Sisters, The Man of God, The Blood Covenant and Chief Daddy: Going For Broke. If you are more curious about South African releases in 2022, some of these are Silverton Siege, Savage Beauty and The Brave Ones and, in terms of the filming location and one of the actors, Thuso Mbedu, also The Woman King. As some of the current Netflix releases show, Nigerian and South African filmmakers sometimes cooperate towards achieving a great must-watch. The question, as interest in more globally-oriented content, representation and recognition is rising, might be how local movie production will be encouraged next to playing in pre-made stories and formats. In an article on Deadline, Jesse Whittock quotes Thuso Mbedu’s insights on a career in the movie industry,

“‘For a long time, the film and TV industry wasn’t seen as a viable career choice in Africa […t]here were pockets of successful projects, but as the world is getting smaller with the expansion of global platforms there is an increased appetite for diverse content everywhere’”

Whereas Thuso Mbedu’s insights and Mandlakayise Walter Dube’s praise for Netflix’ attitude to encourage actors ‘like entrepreneurs’, might certainly be a wink that the path to Hollywood is not actually a highway to success, but a two-sided lane of exchange on more diverse content, it should not be forgotten that international movie production companies and streaming services should also contribute to building local capacity. Especially, since movies also tell a story about the present and history, movie production companies should arguably work together with local movie producers, filmmakers and educational institutions to set up educational programmes for both a cultural exchange and a future, wherein the movie industry offers opportunities not only for actors in Africa. As Yinka Okeowo writes on TechEconomy, to foster a collaboration between the Nigerian and the South African movie industries could thereby be particularly fruitful. With South Africa offering quite a range of terrific film locations, a cultural and movie exchange could be celebrated just like the Amapiano musical exchange. The reason that Nigeria may have cultivated Nollywood – as such a successful and well-known project – as Adeoye Lojede argues, might finally have to do with its expertise at commercializing local movies. South Africa, as Lojede continues, may instead offer “‘international best practices like film finance, bonding, soft investment, co-production opportunities for filmmakers’”.