The VC Investment And Data Gap In The EU 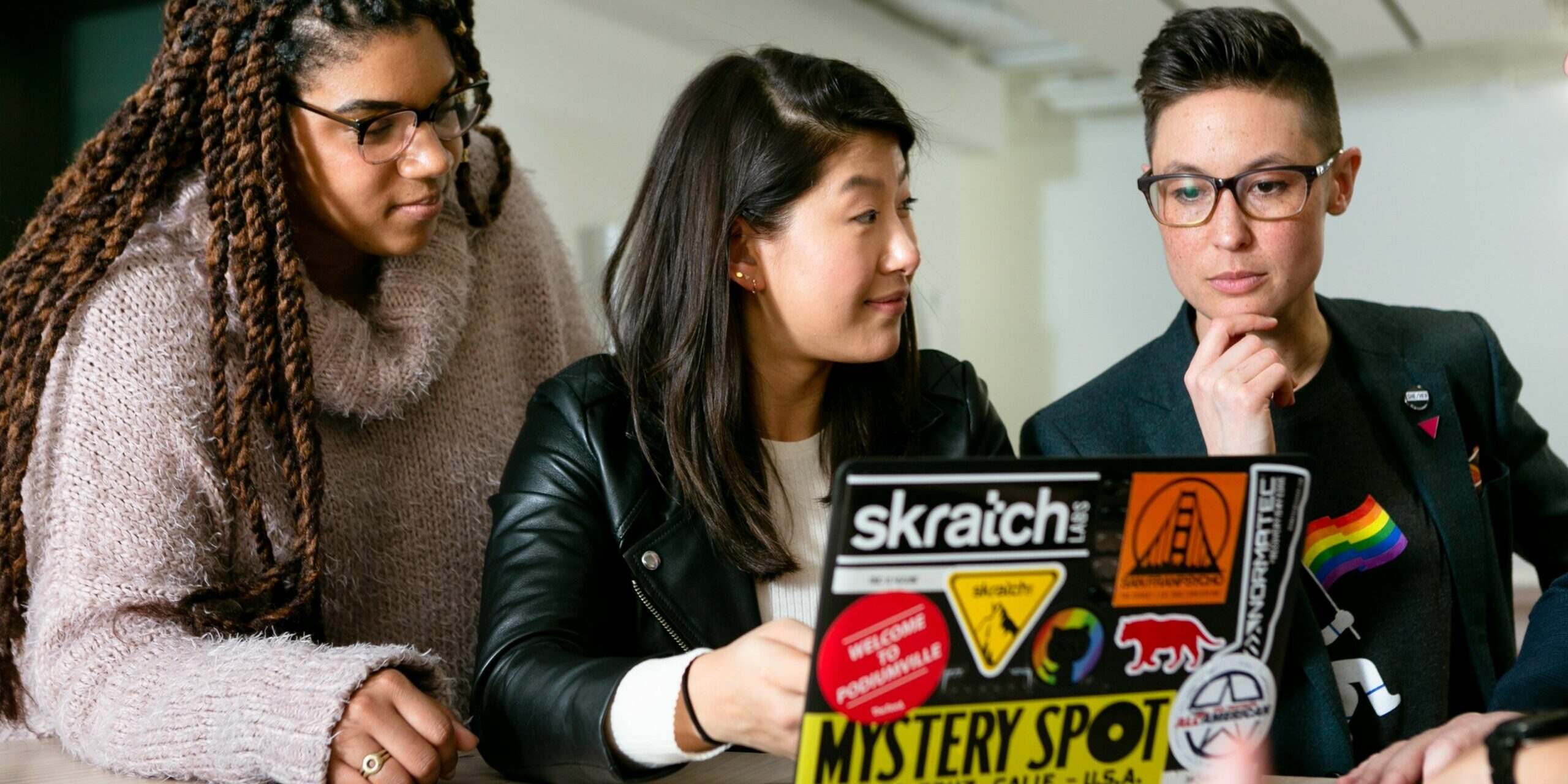 Towards Enhanced Cooperation With Minority-led Networks And ‘Investor Positionality’

After The State Of European Tech 2020 Report Revealed An ‘Ethnicity Data Gap’, The 2021 Report Proves That Women And Ethnic Minorities Love Working In The Tech Start-Up Scene.

The State of European Tech reports from 2020 and 2021 were made available by the venture capital firm Atomico in partnership with Slush, Orrick and Baillie Gifford and with support from the Silicon Valley Bank (svb), constituting one of the largest efforts to understand what actually happens in Europe’s (tech) start-up ecosystem – both, in terms of investors, investments, value creation, diversity and inclusion, policies etc. Whereas the 2020 report revealed an ‘ethnicity data gap’, conclusively appealing to non-white founders to partake in future surveys, the 2021 report has proven that: 1.) women and ‘non-white individuals’ love working in tech start-ups, 2.) diverse teams contribute to larger success and capital investments, 3.) women make up one third of the future leaders in the EU tech start-up ecosystem…

However, while recent findings are interesting, complex and very relevant – there is still a gap, when it comes to analyzing how BIPOC women, queer black women, BIPOC trans men, Latinx gay individuals and many more talented professionals navigate their way through the EU’s tech start-up scene. As Nana Addison, founder of Curl Agency, critiqued in the 2020 European tech report, VCs often do not see the opportunities that lie ahead in the female BIPOC community, because many of them “are white, male and 40+”. Whereas the latter is not to say that such VCs cannot make an active effort to understand the demand for certain products and services within a particular community, it is to say that an active effort is oftentimes needed in order to not miss out on a promising investment opportunity – with the potential to make the tech product market more inclusive as well!

Arguably, European VC’s who remain reluctant to look beyond their own boundaries, should let themselves be inspired by the innovation spirit of minority group professionals in tech. One way to get inspired could for instance be to connect with networks such as Unicorns in Tech, an LGBTIQ+ tech community in Berlin with more than 4,000 members globally – from students to entrepreneurs and start-ups. While it may be comparatively easy to decline a particular idea of one LGBTIQ+ founder/ start-up team, it may not be as easy to overlook a potential product market after directly engaging with a particular target community. Such an engagement opportunity may be provided by the Unicorns In Tech Summit 2022. Also powered by Unicorns in Tech, this exciting tech summit offers talks, panels and workshops alongside an own job fair. Targeting professionals from the LGBTIQ+ community and their allies, it offers the perfect chance for investors to join in and do market research themselves.

Despite that it is not yet clear whether the event will deploy an intersectional lens on diversity and inclusion, for instance, in one of the workshops, the Unicorns in Tech community could certainly be an important point of contact, when it comes to deploying this concept and closing the ‘ethnicity, gender/sexuality and diversity gaps’ in reports such as The State of European Tech 2021, which sadly relies on sex- rather than gender-disaggregated data. Rather than consulting with a yet incredible amount of sixteen partners – such as Dealroom.co, S&P Global, Politico, Google for Startups, Sifted and Indeed, researchers who are involved in the creation of the report might have to consult with a wide range of minority and non-white start-up communities at national levels to gather relevant information, which can add to their findings and reflect the stories and impact of minority and non-white founders and start-ups in the EU tech scene. The latter is especially needed based on discrimination in the EU’s tech and VC industries, which might have contributed to the formation of sub-communities. It clearly has to be said that such a formation is likely not only motivated by negative reasons. In other words, it makes sense to build sub-communities, wherein members are specialized in one particular area or market, operating both as service/product deliverers and clients. However, it cannot be the case that this is the only ‘safe’ trajectory to obtain VC investments. Unless the VC market represents all individuals equally, diversity remains a myth.

As stated on an article on Sifted, from misogyny and sexism to racial microaggressions and classism, founders had to deal at the least with arrogance (83,1%), being ghosted (74,6%), lack of transparency (66,1%), unprofessional behaviours such as showing up late and unprepared for meetings, and discrimination (39%), when they were trying to raise capital. All of the latter behaviours arguably show that too many investors still consider investments as a one-sided story, wherein they provide capital, and in the best case – industry expertise, training and access to relevant networks to ‘capital-hungry’ entrepreneurs. But investments are very well a two-sided story. Entrepreneurs have to offer their expertise to expand the portfolio of intervestors and oftentimes strife towards a societal mission – being far from ‘capital-hungry’ and far from self-interested! As such, VC investments could also be described as a ‘social transaction’.

Arguably, this awareness has yet arrived among crowdfunders, but not in all cases with VC investors, who might instead be more focused on possible capital returns – even in the case that their investment strategy is aimed at accelerating social and/or environmental change. And to an extent, the latter is understandable. After all, it is the task of VC firms to support start-ups with regard to their growth on the market. However, the latter should not lead to confusing the evaluation of a particular business strategy with an evaluation based on personal preference and false ‘comfort’. Investments, as any other business relation and form of employment, require both trust, self-reflection and vulnerability. And while some might remark ‘but this is about business’ – there is no contradiction at all! In the field of academia, it is a long-standing habit to question one’s own positionality with regard to particular scientific claims. Especially the domain of politics thrives on this concept, a domain which investments somehow might actually also belong in. Investments namely determine what is available on the market, and what is available on the market determines at least some of our daily choices and habits – which has, for instance, been exemplified through the invention of the internet, mobile phones and apps.

As the latter shows, investors and start-ups engage in politics, because ‘business’ is all about that. It is all about making an impact, changes and getting people on board for a particular ‘way of life’. ‘Positionality’ instead traditionally…

“refers to the stance or positioning of the researcher in relation to the social and political context of the study – the community, the organization or the participant group”

Coghlan and Brydon-Miller (2014) ‘Positionality’. In The SAGE Encyclopedia of Action Research

Deployed in the ‘world of business’, the concept of positionality could actually lead to adding a new element to the evaluation of investment pitches. Rather than judging on someone’s character to look for ‘trust’ solely based on a few characteristics (i.e. career and educational background, good preparation etc.), confidence and a gut feeling, consciously adding positionality could lead to more self-reflection on the side of investors. And positionality must not only refer to the evaluation of an investor’s relation to a particular social and political context, which a start-up may be ‘representing’ – it can also relate to the reality of what a product or service will create in society. Am I standing in the way of great innovation just because I grew up in a different time? This is a question investors should certainly be asking themselves. Because while it is easy to hop on the ‘digital train’, it may not be as easy to admit that other risks could seem bigger just because of our own experiences. Actively engaging in a talk about positionality may also open the door towards deploying an intersectional lens to investments allowing for that one 50-year-old BIPOC transgender woman to scale her business idea! Who knows what innovation is out there. After all, it is the task of investors to also find innovation, to understand products in context and to see their opportunity by understanding a particular target group.

Are you an inspiring entrepreneur or start-up with the aim to gain hold in Germany or Africa? If your answer is yes, then our team will happily support you on the legal side.  Our team is both specialized in supporting multicultural businesses in Germany, in supporting African businesses in Germany and in supporting businesses across various African jurisdictions. While our support starts with providing help on immigration and relocation matters, it does not stop there – taxes, tech, intellectual property…You heard us! Contact us today to find out more!