Understanding The Dynamics of Capitalism In South Africa 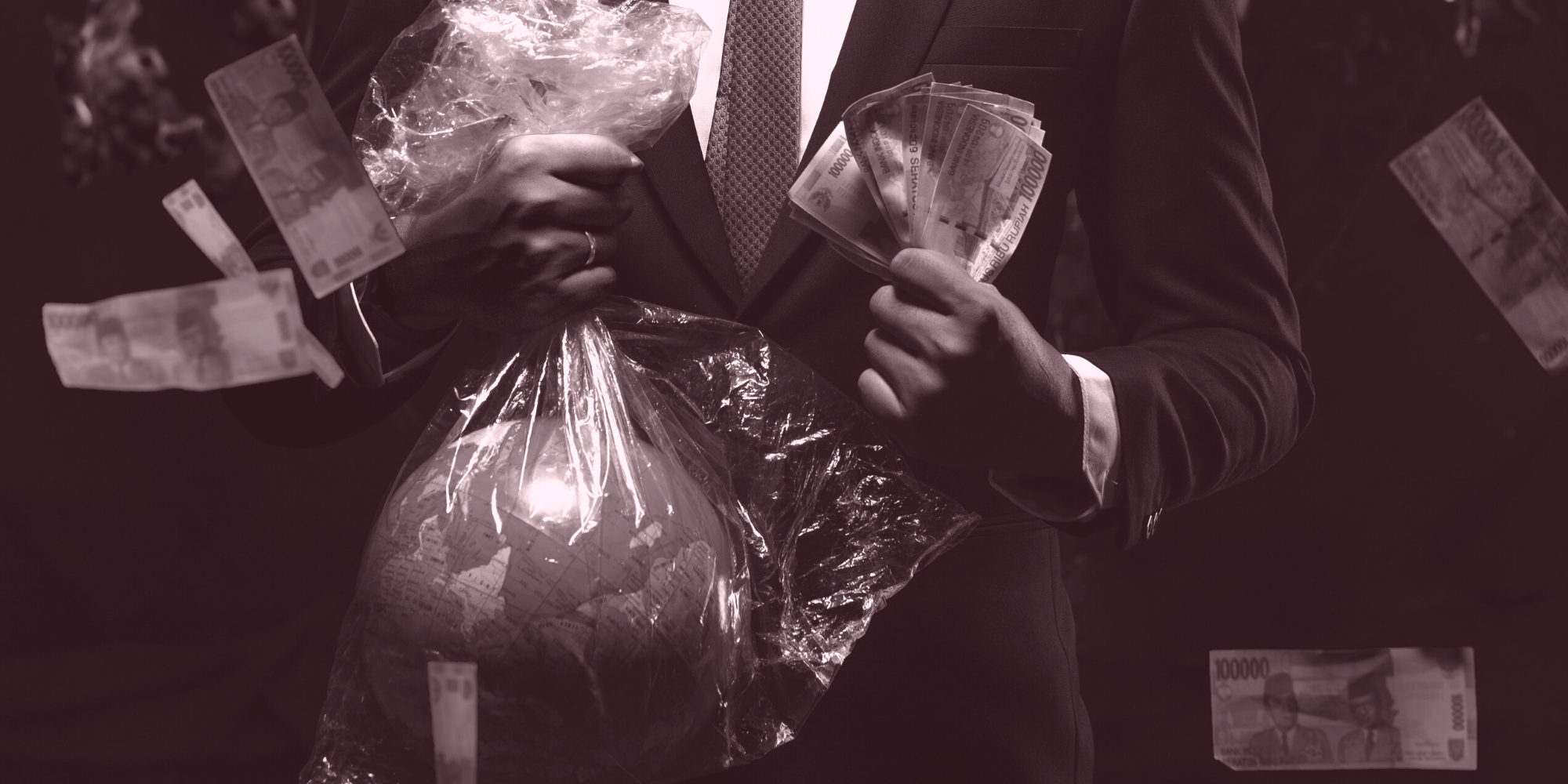 In her article ‘Settlers and comrades. The variety of capitalism in South Africa, 1910-2016’  Grietije Verhoef argues that “‘African capitalism’ is heterogeneous, because of the diversity of contexts of emergence”. Rather than occupying only one kind of capitalism, as the researcher explains, African states and their interventions have been responsive and affine with different ways to achieve a manipulation of markets, whereby the South African development of a market economy has been portrayed as historically exceptional in Africa. Intriguing her readers with the argument of Feinstein, Verhoef mentions that three aspects contributed to South Africa’s special predisposition in the region, which made it affine to develop into a market economy: the survival of a huge amount of its indigenous population, the amount of European settlers keeping residing in the country and its richness in gold deposits in comparison to other former British colonies.

Whereby Verhoef reminds that the traditional and dualistic models of the ‘liberal market economy’ (LME) and the ‘coordinated market economy’ (CME) rather assume that states are in full control of the effect their institutions have on the market, she argues that in the South African case another definition, that of ‘mixed-market political economies’, might be better-suited, because it puts an emphasis on states’ limited capabilities when it comes to market coordination and stability. In addition, Verhoef suggests that the ‘hierarchical market economy’ (HME) and the ‘state-permeated market economy’ (SME) concepts could be fittingly applied to the South African context based on the claim that the country’s business scene does not incorporate ‘clan-like’ nor class-based mechanisms of functioning. Arguably, this claim could be challenged as various researchers have analyzed the historical legacy of South Africa’s Apartheid era and the present-day consequences ‘racial capitalism’.

As Julian Go further specifies, ‘racial capitalism’ has become a popular term among different kinds of scholars, including sociologists, philosophers, political scientists, health and legal scholars. Rather than deploying one and the same meaning, the term remains vague as it can either be an expression to refer to the process of capitalism and racism being merged in South Africa’s history or or the ‘commodification’ of “non-white identities as symbolic capital”. In addition, it can also occur that the term is utilized to talk about global political and economic relations or as a political buzzword, which allows further talk about South Africa’s plaguing levels of inequality. Whereas one may argue that the different usages of the term do not change its core argument that capitalism has reinforced racial disparities in South Africa and beyond, it is important to emphasize that the ‘capitalism’ in ‘racial capitalism’ does not exclusively address economic exclusion and discrimination (i.e. as a consequence of the Apartheid era felt today), but also to other systemic issues, which were a consequence of the historical exploitation of non-white cheap labour.

While Go also argues that the ‘race’ in ‘racial capitalism’ needs to be further defined and that it needs to be specified, whether the latter really refers to “race or other identities”, especially based on the cross-country and global application of the term rather than its usage in the South African context or in the context of the Transatlantic Slave Trade, he also remarks that various researchers have debated if race is a inherent feature of capitalism or not. Whereas some authors have argued that racism and capitalism are historically contingent developments, functionalists have argued that the working class division of capitalism required race leaving out the fact, as Go emphasizes, that other markers (i.e. gender, sexuality, ethnicity etc.) could also contribute to the capitalist division of labour. Indeed, economic, social and legal discrimination in capitalist market economies go back to a variety of aspects, which is illustrated by the fact that capitalism and discrimintation have played out differently across the globe.

Therefore, when trying to approach the pitfalls of capitalism in South Africa, it must be analyzed how the country’s particular kind of capitalism has led to reinforce pre-existing historical issues, which have been entangled with inequality, racism, dispossession (i.e. land, education, business etc.) and marginalization (i.e. laws that impede on access to society). South Africa has been referred to as an emerging market (EM). Next to Thailand, India, Brazil and China, as an OECD report points out, South Africa has been among the Top 5 performers in relation to its number of businesses. Being praised for its track record of private investment flows in the renewable energy sector and for its “ESG reporting provisions […] moving towards the European Union average”, whereby the country’s financial sector was identified as particularly engaged in the latter regard, it seems to have almost been forgotten that the 2003 Broad-Based Black Economic Empowerment (BBBEE) Act has not been regarded as a progressive step by all parts of the population and that amid the Russo-Ukrainian War, South Africa considered to rely on coal a little longer. It might be curious to debate how power relationships in South Africa’s business landscape may change as a consequence of decarbonization and the renewable energy pathway.

As Elsenhans writes in his book ‘Capitalism, Development and Empowerment of Labour: A Heterodox Political Economy’, the “progressive element [of capitalism] consists in subjecting the privileged to competition” and in South Africa competition has been guided through statism, among others, as witnessed by the work of Eskom. Among others, as a consequence of the latter claim, Elsenhans suggests that capitalism will make progress rather than be derailed as mass incomes increase and discussions about a shorter working week are arising. As he further specifies,

“[u]nder capitalism, […] empowerment of labour and the mechanism of competition serve to control the capitalist appropriation of surplus. Democracy is the macroeconomic environment in which capitalists and labour operate and negotiate this process”

However, capitalism does not only thrive in fully-fledged democracies. As Goodman writes in the Forbes magazine, in 2015 Hong Kong and Singapore “rank[ed] the highest on an index of economic freedom”. The latter is the case, even if they have been classified as only partly free by Freedom House in 2022. Rather than proposing that capitalism thrives mainly in democracies, it could be argued that capitalism thrives, where rules, regulations and institutions effectively set the scene for competition and demand. In a globalized world, wherein a view for ESG becomes ever more important and is in the interest of both supporters and opponents of capitalism and globalization, the privileged and the less privileged, and the remotely located and urban cosmopolitans, capitalism might arguably adapt to thrive in any environment, which allows for innovation and spending. Rather than relying on productivity alone, capitalism might come to rely on progress, which may best be made up for by innovation based on (digital) knowledge.

What may indeed be interesting to explore, when it comes to understanding what various researchers have referred to as ‘digital’ and ‘knowledge capitalism’, is how demand might continue to change as a new form of capitalism emerges, that is demand for non-consumables as well. In a scenario, where the digitization of society as well as a more relaxed future of work could achieve something positive, it would be interesting to understand how state-led capitalism, as it has been argued to be found in South Africa, might undergo a transformation. As Wright et. al. demonstrate, the stable size of the state in South Africa has increased over time until 2020. Especially based on the governments interventions during South Africa’s Apartheid era, it should be emphasized that the involvement of the state in capitalism might have led to reinforcing and carrying old social structures into the future. Rather than blaming capitalism to be responsible for racial disparities in the country, one may want to have a closer look at state intervention.

As Keith Hart and Vishnu Padayachee state, capitalism in South Africa goes back to the founding date of the South African union and developed across three stages,

“the mining revolution of the late nineteenth century in the context of financial imperialism; from the 1920s, a ‘Latin-American-style’ import substitution phase with diversification into consumer goods industries for the limited white market, while mining was still based on cheap black labour; after 1945, forward linkages were made from mining into the steel and chemical sectors in what came to be known as the Minerals-Energy Complex”

Whereas Hart and Padayachee remark that these three stages are not exclusive and capitalism in South Africa has oriented itself, as anywhere else in the world, across the “general trajectory of the world economy”, Keith Campbell reemphasizes that the South African Government has been “obsess[ed] with State involvement in the economy” while failing to implement effective measures to employ any of the country’s skilled managers. In other words, Campbell hints that state-led or state-dominant capitalism in South Africa has been connected with the goal to control competition rather than to allow and encourage it. Whereas South Africa’s most recent efforts in relation with ESG, the net-zero transition, the potential of an UBI, the creation of increased employment and the facilitation of a thriving business environment may be noteworthy, these efforts might only allow to unfold the most controversial feature of capitalism, economic freedom, as long as the Government stands back to promote business based on how South African civil society would like to imagine it and put it into practise.

As Murtini, Foss and Klein argue, state ownership does not necessarily or rather not lead to the best kinds of innovation. Whereas this may sound pessimist, this claim is based on the fact that state-owned businesses may employ managers and personnel, which is rather aligned with the same ideas on the political agenda than the best competence. In addition, the authors mention that ownership, which they regard as an “economic, as well as legal, function” is restricted once state actors become involved as politics play a role in negotiations, where else they might have a lesser influence. The latter is not necessarily a benefit for governments who support a state-led or state-dominant capitalism as control on innovation, and consequently on competition, becomes restricted. On the other hand, the authors also underline the fact that state intervention in the start-up ecosystem of a country can lead to ensuring a more equal competition across a larger variety of businesses. The question in the South African case remains, will the Government work on ensuring that social and economic rights are protected prior to scaling up competition in business, or will it keep prioritizing a small elite and let other voices of innovation get sidelined?