What Is ‘Social Entrepreneurship’ In The South African Context? 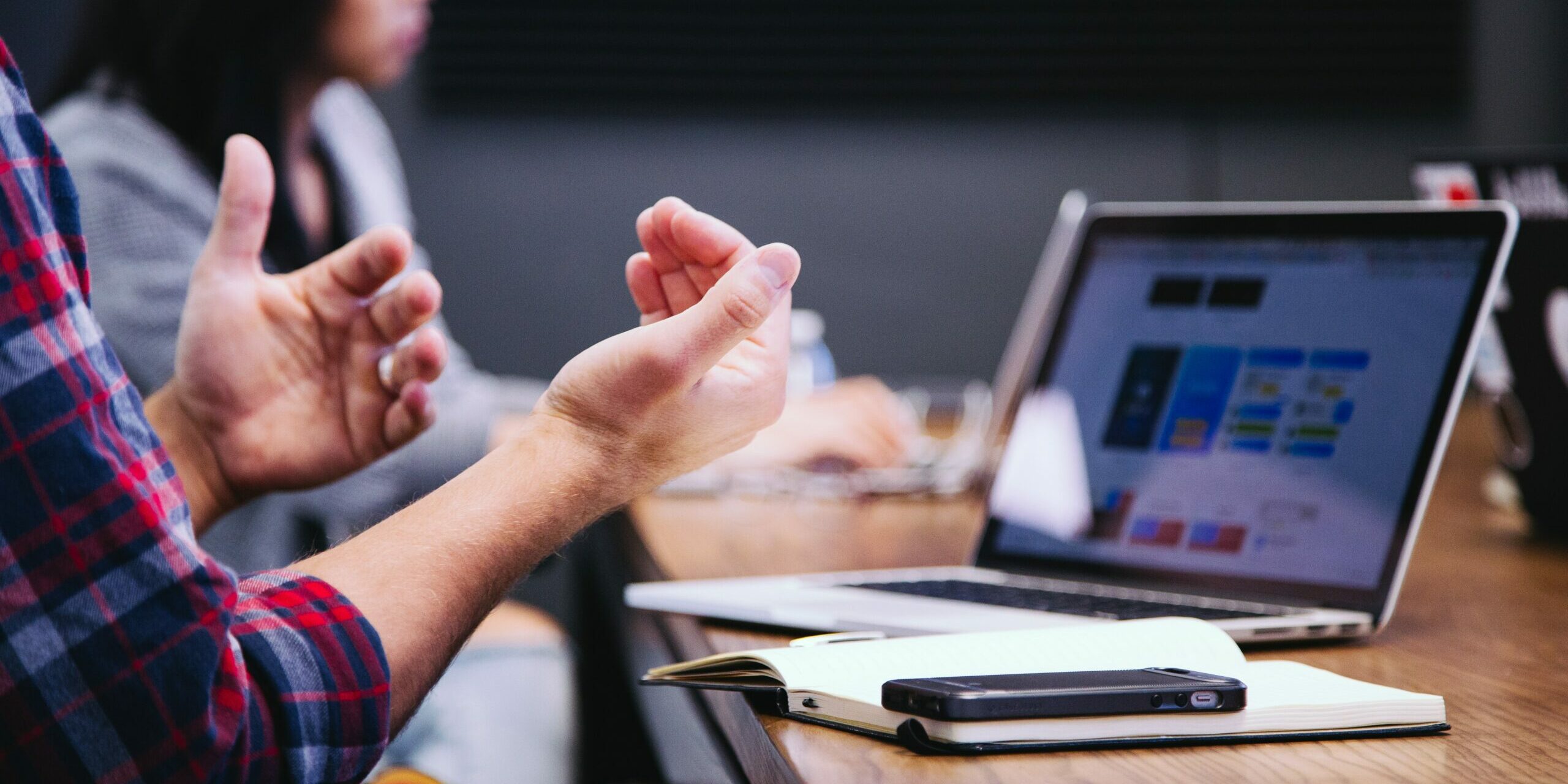 Different from earlier research between the 1990s and early 2000s, researchers have by now recognized that being a ‘social entrepreneur’ does not necessarily mean to lead a not-for-profit organization. As Bignotti and Myres write, social entrepreneurship is both focused on social and economic impacts, whereby business models, at least in some cases, merge commercial with non-commercial interests. With Dinah Quacoe, Kong Yusheng and Daniel Quacoe confirming the latter, what has been criticized for being absent within academic research and policy-making, is a coherent definition of social entrepreneurship business models in regional contexts. Only based on context-specific definitions as well as in-depth information about social enterprises, their impacts and operating modes, as Bignotti and Myres argue, can policy-making be informed.

The impact of the domain of social entrepreneurship on society has been recognized by the South African government in the last decade, despite that less than 2% of adults were involved in social entrepreneurship in Africa in 2016 with recent numbers being unavailable via the Global Entrepreneurship Monitor (GEM). Among others, governmental support was shown through the adoption of the 2010 New Growth Path Framework, which emphasized that “[l]everaging social capital in the social economy and the public services” is one of the five key drivers of employment. Before the latter plan, the Broad-based Black Economic Empowerment Act – BBBEE- (2003; last adapted in 2013) has been interpreted as a step towards social entrepreneurship and the widening of South Africa’s social economy as, how Bignotti and Myres point out, the BBBEE Act puts an emphasis on the necessity to support “previously disadvantaged individuals”.

Concretely, as it states in the Act, BBBEE “means the economic empowerment of all black people including women, workers, youth, people with disabilities and people living in rural areas”. Whereas the Act does not directly mention its support for the domain of social entrepreneurship, its goal to increase the number of black people with diverse backgrounds in business as an attempt to lobby for their interests, has been interpreted as such. In quite some time, the BBBEE Act has faced different types of criticism with some of the most recent remarks relating to the argument that the ‘already’ rich have abused the accompanying Preferential Procurement Policy Framework Act (PPPFA) to their benefit, whereby a “SDG-based model” could probably serve inclusive social and economic development more effectively.  At the first glance, this argument seems logical as the SDG framework tends to promote development bottom-up, targeting society overall rather than a particular group of people.

In March 2022, the Democratic Alliance (DA) further illustrated the concrete, potential benefits of the latter model, among which are explained in the following. An SDG-based model is expected to: 1.) “leverage [a] significant [amount of the] government procurement expenditure; 2.) reinforce price functionality, 3.) target the most discriminated populations by addressing what has been done to them bottom-up; 4.) steer sectoral impact based on 17 comprehensive goals; 5.) coincide with global best practices and recognition; 5.) attract investments, where entrepreneurs commit themselves to further societal impact through SDG objectives. Whereas the latter does not directly say something about social entrepreneurship, further research should certainly explore the approaches, which social entrepreneurs in South Africa deploy at the current moment. Do even ‘customer-centric social businesses’ commit themselves to supporting the SDGs and how could their way of supporting SDGs differentiate from the efforts of ‘beneficiary-centric entrepreneurial- nonprofits’?

As Bignotti and Myres explain, by ‘beneficiary-centric entrepreneurial- nonprofits’, they refer to a business model, which relies on donor funding and grants as it promotes democratic governance, oftentimes work integration programmes and social innovation in the domains of healthcare, education and the larger domain of (quality) employment. Enterprises, which deploy such a model, might naturally be more inclined to measure their actual social impact in a target society or community as compared to ‘customer-centric social businesses’, which might be more independent from external stakeholders (i.e. donors) as they are argued to operate in mainstream economic sectors, whose expansion can very well lead to creating lasting and far reaching socio-economic impact. The latter reminds what social entrepreneurship has been regarded as by some, namely as a way to ‘make up’ for ineffective efforts on the sides of governments to work on making societies more inclusive.

As Visser reminds in his 2011 article ‘Social Entrepreneurship in South Africa: Context, Relevance and Extent’, Giddens understood the “‘blurring of the boundaries’ between governments and business” as a “‘Third Way’”, wherein the private sector receives the responsibility to steer socio-economic impacts and wherein the government partners up with the private sector to make sure that social efforts take hold. Examining ‘social entrepreneurship’ from this perspective, Visser’s argument may shed further light on how it connects to governance and (‘usual’) business. On the one hand, Visser underlines that governments regularly, already start failing at the provision of basic services (i.e. healthcare, access to education, housing etc.). On the other hand, he makes the point that the private sector tendentially produces social ills because of its appreciation for “short-term gain” and disrespect for environmental and social aspects of business.

Despite that Visser’s argument may no longer hold true today and in upcoming decades, at least as long as businesses keep being pressured, at various policy-levels and through life’s most pressing events, to commit themselves to societal obligations (i.e. their Co2 footprints, social impact, human rights compliance, impact on supply chains etc.), it might be useful to point out that an SDG-model could probably further push for long-term gains. Such a model arguably also contradicts with the outdated ‘trickle-down’ model of wealth, development, economic growth and business, which might be relevant to underline the fact that foreign direct investment (FDI) does not necessarily have a positive impact on poverty in Sub-Saharan Africa. As three researchers at the University of Johannesburg have recently argued, FDI’s influence is an indirect one, whose ‘felt impact’ depends on the flourishing of local economies, especially with regard to human capital and institutional frameworks.

Which leads to the question whether it actually makes sense for social enterprises, especially in the South African regional context, to move towards a commercially-minded ‘beneficiary-centric entrepreneurial- nonfprofits’ business model? An answer to this question might certainly not be easy to provide, especially as Bignotti’s and Myres’ intention originally was to understand and classify different models of social entrepreneurship so that policy-makers can make more effective decisions on how to treat them and incorporate their work in the wider perspective of (local and regional) development. However, in the following a few arguments will be made, which relate to boosting the impact of social enterprises in South Africa and Sub-Saharan Africa as a whole.

As Bignotti and Myres illustrate, South Africa has been highly affected “by the nation-wide growing inequality, poverty and unemployment” and South Africa’s population has been tired of precarious financial circumstances. As a 2019 survey on subjective poverty in South Africa showed, the closer South Africans believed to be to the national minimum income, the higher their subjective level of poverty was (57%). Rather than being further confronted with the threats of precarity, inequality, income polarization and poverty, which have been observed in South Africa for decades, South Africans want a lasting and fair change, when it comes to socio-economic justice. Not only Eskom’s workers have been protesting for an increase in wages. In 2018, 1,500 members and allies of the South African Federation of Trade Unions (SAFTU) walked through the city of Cape Town in a protest march about the then newly suggested minimum wage at $1,62 (R20) per hour. With entrepreneurship being one catalyzer of the creation of employment, it could be argued that a ‘commercially-minded beneficiary-centred’ social entrepreneurship model could be advantageous as long as it somehow goes beyond equipping South Africans with job skills…

In a nutshell, moving social enterprises towards adopting a commercially-minded ‘beneficiary-centric entrepreneurial-nonprofits’ business model might coincide with:

Are you a start-up or a SME with an interest to scale up in Sub-Saharan or South Africa? Then our team will gladly support you with competent, flexible, on demand legal support! Our team is both specialized in supporting multicultural businesses in Germany, in supporting African businesses in Germany and in supporting businesses across various African jurisdictions. While our support starts with providing help on immigration and relocation matters, it does not stop there – taxes, tech, intellectual property…You heard us! Contact us today to find out more!