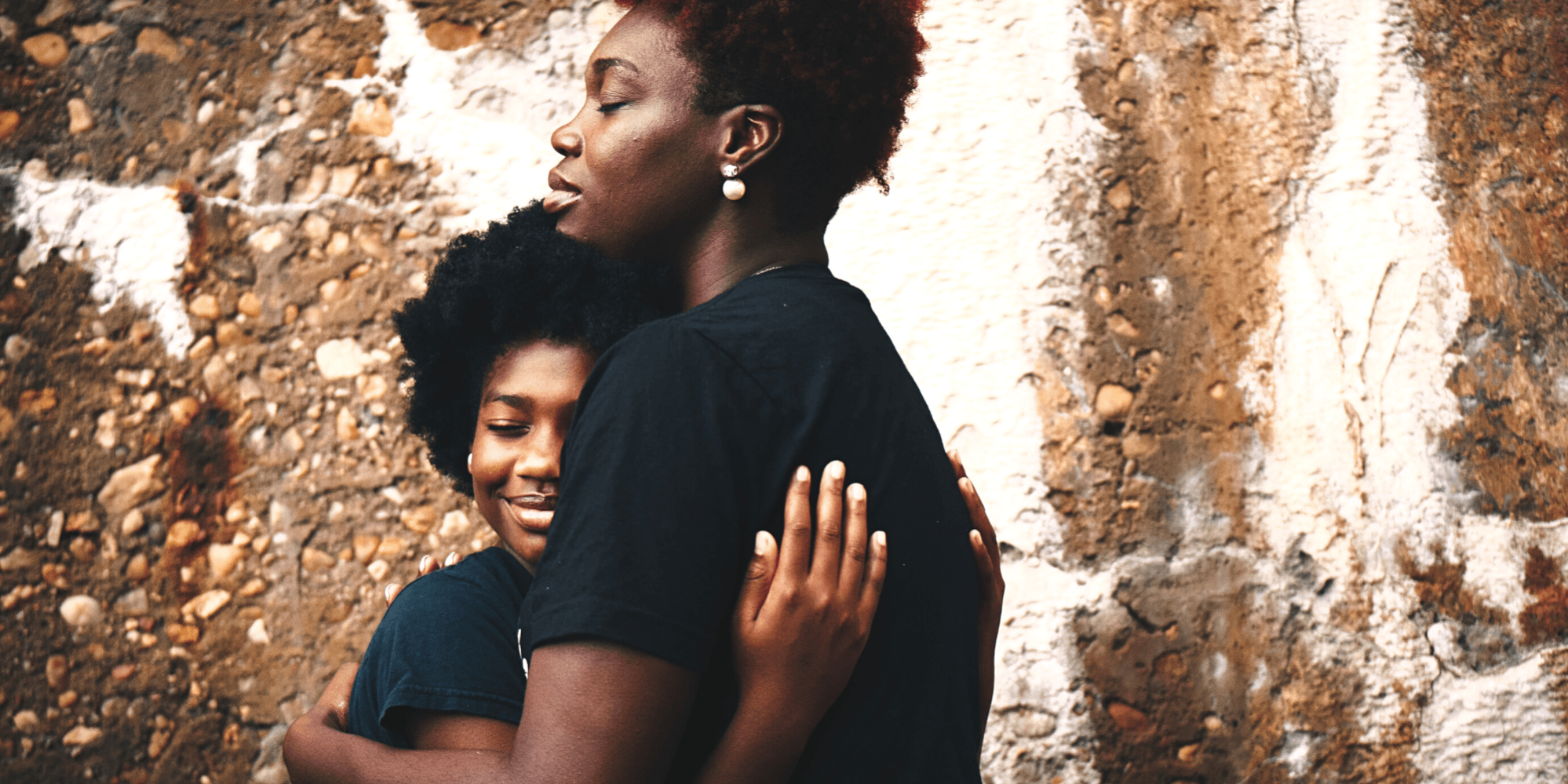 Nowadays, entrepreneurs happily do not exclusively strive for success in monetary terms, but also for setting up the best support systems they can offer! If you are new to Berlin and feel like somehow you do not really belong yet, definitely have a look at our article and make yourself at home! There are various sources of support in Berlin – that is also to emphasize, initiatives such as AfriPolitan Berlin, GLADT e.V. and ReachOut keep doing great work. Have you heard of them yet – no? Then have a read and reach out to wherever you feel comfortable, seen and accepted! The migration journey is not always an easy one – but, you got this!

AfriPolitan Berlin was founded in 2016 as a black community project in Berlin Kreuzberg. With the three pillars of its mission being ‘Community.Knowledge.Resilience.’, AfroPolitan Berlin aims at ‘liberating’ the black community in Berlin. Actually, the process of liberation is often portrayed as a counter act to force – however, the work of this community shows that ‘liberation’ goes beyond simply removing ‘force’ or ‘repression’. It is a way of living and of being, of celebrating oneself and each other, of making ourselves visible and daring to be ourselves including in the hardest times! In the words of Audre Lorde, “‘[c]aring for myself is not self-indulgence. It is self-preservation and that is an act of political warfare’” and ‘“[i]n our work and in our living, we must recognize that difference is a reason for celebration and growth, rather than a reason for destruction’”. As Lorde’s words show, the liberational power of self-preservation coincides with the fact that self-care, compassion and patience allow us to be irrepressible. When someone victimizes us, it does not once mean that we have to accept and play that role. Whereas other people and societal structures can surely victimize us, we are never victims. And, indeed – this is one aspect, which stands out in relation with the work of AfriPolitan Berlin.

AfriPolitan Berlin is not only a huge fan of Audre Lorde, but also a strong promoter of diversity within Berlin’s black community and promoting and celebrating diversity is pretty much the same as removing and fighting repression as well as narratives about victimization. Among AfriPolitan Berlin’s current events (save the date for 30th June 2022!) is, for instance, a sharing-circle for black neurodivergent people. As the AfriPolitan Berlin community reemphasizes,

“[b]lack neurodivergent people are not only often underdiagnosed or diagnosed late, but are also faced with additional hurdles, stereotypes and ascriptions in a white, neuronormative majority society on a daily basis”

And the latter underlines the need for targeted group support – for a community, wherein black neurodivergent people feel fully seen and safe to express themselves. As C. Burkett shares in an article on Spectrum News from 2020, autism seems to multiply stereotypes about black people, among others in the workplace, and there is yet a lot of research to be done about how to “characterize autistic black people” with stereotypes having to be dismantled in the course of the next years and decades. Despite being very motivated for her job, Burkett, her colleagues often stigmatize her by “see[ing her] as an ‘angry black woman’”, even when Burkett is so much more than that and would be excited to become an entrepreneur with the right support. What Burkett talks about is certainly not limited to the experience of being black and having autism.

As A.O. Barry shares in an article in the University of Toronto’s student newspaper ‘The Varsity’ from February 2022, being diagnosed with ADHD only after turning twenty led her to make an active effort to see and analyze the societal gaps, which stereotypes actually create. Following Barry’s research, black individuals are often not diagnosed for ADHD because stereotypes suggest that black kids simply ‘are’ that way – even, if in Barry’s case, it was only the diagnosis which created some space for an enhanced self-understanding or well, an “‘ha-ha moment’” as she calls it. This relief and the relief of being represented in society is something out of reach for black people at large. As Barry continues, neither Leonardo Da Vinci nor Elon Musk represent the black community despite that their creative abilities and their success showcases how neurodivergent people can even succeed in environments, which might not yet be inclusive enough.

Speaking of AfriPolitan Berlin’s work, imagine how successful black neurodivergent people can be in the right environment and with the right support community. As stated in an article about queerness and inclusion, NGOs can also become “‘alternative families of care’”. Beyond AfriPolitan Berlin’s ‘Black Spectrum Sharing-Circle’, there is also a group meeting to exchange your own ideas, thoughts and feelings, including about the power structures of society, every 3rd Thursday of a new month. Both events take place at the Forum Brasil in Berlin which, as the name suggests, is a German-Brazilian cultural- and social centre. Regular events that take place at this centre offer an invitation to experience elements of the Afro-Brazilian culture such as music, dance, theatre, art and movies. If you are seeking to learn Capoeira, then this is certainly the right address. On May 15th 2022, the ‘Dia dos Pretos Velhos’ (‘Day of the Black Ancestors’) was also celebrated in the Forum Brasil.

As it states on the website of the Forum Brasil, “despite that they were enslaved and suffered under their circumstances, they [the black ancestors] have the task to help those who consult them with their light and wisdom”. As such, the Pretos Velhos (‘old black people’) have been regarded “as a sample for resilience” respectively resistance. Rather than Capoeira lessons, AfriPolitan Berlin currently has Afro-Fusion/Urban Afro Dance classes to offer! Even, if you are just seeking for some new skills or some confidence, their community certainly is a go-to spot, a hair workshop and seminars on how to set up projects round off the programme of AfriPolitan Berlin, hopefully with more to come! Do not hesitate to contact the team to get involved and even be a sponsor – in case you want to support other people, who might seek for a support community!

Gladt e.V.’s history began at the end of the 1990s. As the organization says, it developed itself out of the Türkgay group, which supported gays and lesbians from Turkey in Germany. As such, Gladt e.V. is also an organization, which values diversity and intersectionality. It concerns itself with topics such as gender, disability, racism, queer inclusion, sexism etc. and stands up against any form of discrimination in the queer, people of color, black and migrant scenes respectively communities of Berlin and beyond. Thereby, it regards itself as an independent, supportive, empowering, political and queer, multilingual community.

Among Gladt e.V.’s recent projects is a meeting point for diverse people – from old to young, everybody is welcome to receive psychosocial support (i.e. with regard to coming out, discrimination, residency matters, marriage, health etc.), engage in awareness-raising work, workshops and group meetings of different kinds (i.e. movie and debate nights). Every year, Gladt e.V. and its partners also host the ‘Lange Nacht der Diskriminierungsfreien Szene’ (‘Long Night of the Non-Discriminatory Scene’), which will be announced on the organization’s Facebook page. Finally, political education is also an objective of Gladt e.V., because without the latter the voices of diverse folk is often overseen. To stay updated about recent events, it is always a good idea to follow Gladt e.V. on Facebook. Indeed – ‘QTIBIPoC -Femme Fitness’ was a workout class that was offered by this organization in May 2022 to “combin[e] fitness workouts, (a)sexual empowerment, and feminist discussions”. In addition, 2022 was also blessed with a ‘Cosmic Love: Energy Healing Workshop’ – don’t want to miss out on more? Then pay the Gladt e.V. community a visit and engage!

ReachOut & More: Victimized, But Not A Victim & Proud in Berlin

ReachOut was founded in 2001 and is a counseling centre, which is sponsored by ARIBA e.V. – Antirassistische interkulturelle Bildungsarbeit e.V. (‘ARIBA e.V. – Antiracist intercultural Educational Work e.V.’) – as are other projects such as OPRA, PowerMe and KOP. In a nutshell, ReachOut supports “victims of right-wing, racist and anti-semitist violence and threats in Berlin”. If you experienced discrimination, threats or/and violence, certainly do not hesitate to reach out. The same accounts if you are a family member or friend of someone, who went through a horrible experience. Next to directly supporting victims including with regard to coping and legal pathways (i.e. reporting violence and legal processes), ReachOut offers targeted help – notably in any language – and always willing to hire a translator to make it easier, more comfortable and safer to communicate.

Next to this rather immediate form of support, ReachOut also offers antiracist, intersectional educational programmes and engages in research in relation with rightwing, racist and anti-semitist violence in Berlin with the 2019 chronicle being available here and documenting numbers and motives for crimes in Berlin. Informing citizens about racist crimes in Berlin, ReachOut certainly is engaged in creating justice – by creating visibility and pushing for accountability. Different from ReachOut, KOP directly engages itself for victims of racist police violence. As it states on KOP’s website, the police is allowed to ask for your ID – but not to search you, unless you fail to say no explicitly. KOP supports all those who want to report police violence legally. In addition, it organizes events including to educate about racial profiling and speak up about it.

Unlike the latter two initiatives, OPRA offers counseling for victims of right-wing violence – both individually and in groups and PowerMe is the go-to place for parents with children who have been affected by racism in Berlin. PowerMe supports children between the ages of six and twelve pedagogically and psychologically. It offers resources for both children and parents/caregivers and encourages the latter also to get creative. From lino-cut prints to forest walks, adults and children certainly can claim a time-out through PowerMe, which might illustrate that all healing work starts with the right and safe community. If you feel somewhat stranded in Berlin and are unsure how to cope, feel encouraged to join any of the above initiatives and claim the support you need and deserve! Founding a business certainly is not easy and neither is the migrational pathway respectively expat experience, but this is never a reason to quit your dreams!

If you have a black or African-led business in Berlin and are seeking support on the legal side, then do not fail to contact us! Also, of course, if you are planning your move or your expansion to Germany. Our team is not only specialized across various African jurisdictions, but also in supporting businesses between Germany and Africa in a variety of legal domains. Our support starts with providing help on immigration and relocation matters, but it does not stop there – taxes, tech, intellectual property…You heard us! Find out more about potential synergies today by pitching us your business or expansion idea/plan – we cannot wait to hear from you!