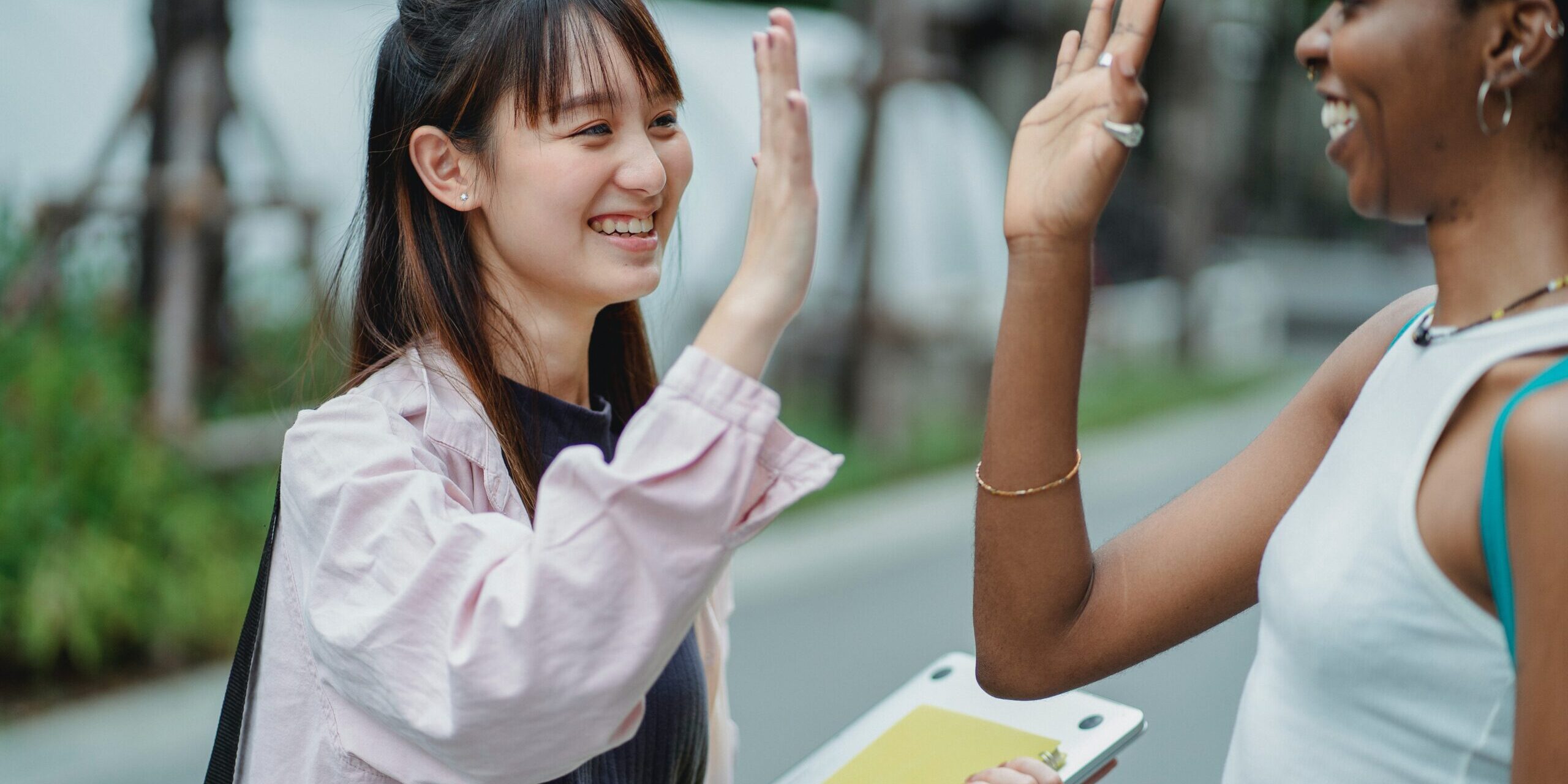 From EU and African to Remote Start-Up Ecosystems

According to the Startup Heatmap Europe Survey, Berlin, Barcelona, Paris, Amsterdam and Stockholm were among the five most promising start-up cities in the EU in 2019, whereby the latter resonates with the findings of StartupBlink from 2020. However, in 2021  Stockholm jumped ahead of Amsterdam and Barcelona. In other words, EU cities have to offer much innovation and solid networks to start-ups. Also,  the Global Startup Ecosystem Index 2021 states that Germany and Sweden are ranked 5th respectively 6th  with Paris and Berlin, followed by Stockholm and Amsterdam, being ranked at least among the top 30 cities for start-ups.

Unfortunately, not a single African city had success in the city ranking, however various African countries such as Kenya, Nigeria, Rwanda, Mauritius and Ghana have ranked among the top 100 countries to start-up a business in.  Considering that platform work has gained an increased importance since the start of the COVID-19 pandemic, it might  be time for a new ranking, namely one, which assesses the work of remote start-ups who operate across geographic and regional borders. While platform work offers various benefits to start-ups as it confronts entrepreneurs with a range of challenges in relation with diversity and inclusion (D&I), this article will explore how remote start-ups can cultivate their own respective ecosystems showing respect for their employees’ rights and diversity, equity and equality.

In a Nutshell: What is a Remote Start-Up Ecosystem?

Despite that a remote business must still choose particular markets, where its products and services are being sold, the start-up ecosystem of a remote business might arguably be influenced to a large extent by its employees. The more diverse its fleet is, the more diverse are its possibilities for outreach in different countries, its knowledge about local markets and its technical skills (i.e. languages) etc. Therefore, investments into employees’ success and contentment, for instance through a proactive approach in relation to D&I maintain important aspects of running a business effectively.

While different countries and regions, due to their divergent cultures and institutional structures, might also have different start-up ecosystems, with the latter being a term, which remains relational, there are yet certain models which pinpoint what the most common features of a start-up ecosystem might be. One of these models, which was published by the Tech Startup School, which has headquarters in the Silicon Valley and Ankara, emphasizes that the following nine components are an integral part of conventional start-up ecosystems.

In comparison to another model published by Halbe & Koenraads, a HR consultancy firm from Rotterdam, the latter model emphasizes that next to expertise, networks and education across various sectors and actors, culture and social norms as well as market openness, legal and commercial infrastructure, and government policy play a significant role in setting conditions for start-ups. Indeed, this model  resonates with research which has indicated that more diverse start-ups are more successful.

Hence, understanding predominant cultures and social norms and the openness of particular markets as well as their legal, commercial and political infrastructures might lead to better networking even in the absence of very tight networks as in the diagram above. While the latter is not to say that closely knit networks are insignificant, it is to say that networking is the strategic use of particularly available networks. As an October 2020 article by McKinsey & Company has shown, start-ups in Europe are actually less concentrated around top hubs than in the US with platform work probably making top hubs even less important for networking efforts in the future.

“Because employees are indispensable drivers of remote start-up ecosystems, D&I must be central in the latter as well”

As was recently emphasized in an article by Neal Taparia, co-founder of Unwind Media, in the Forbes Magazine, businesses with diverse employees and management are much more successful than their companions. Further outlined in the 2020 ‘Diversity wins: How inclusion matters’ report by McKinsey & Company, is that financial outperformance is more likely to happen for companies with a gender-diverse workforce and even more likely to happen, when a business has an ethnically diverse workforce. However, diversity should not be mistaken for inclusion. Indeed, while 52% of survey participants were content in relation to the diversity of their workplace, only 29% were agreeing that their company’s approach to inclusion was effective.

With 56% of commentaries about leadership being negative as well, it is clear that there is much work to be done in relation to inclusion, which McKinsey & Company roughly define as encompassing the following three parameters: equality, openness and belonging. Whereas equality was perceived negatively by the majority of surveyed employees, openness was perceived both negatively and positively across industries, and belonging was perceived slightly positively while it got mentioned less frequently. To conclude, it could be speculated whether the most frequent mentioning of inclusion relates to employees’ understanding of the latter as related to equality.

Whereas equality indeed is a vague term, defining equality as inclusion would lead to emphasizing the importance of internal equity within a company. Unlike the notion of equality, equity is an approach which emphasizes that everyone must have access to the same opportunities and compensation, even when not everyone has the same starting conditions, for instance because of diverse ethnic and gender backgrounds as well as specific barriers including disabilities, language barriers, mental diseases, age etc. Especially, because remote start-ups, who operate across various markets, offer many of the same opportunities (i.e. a specific role) in different locations, it becomes easier to protect internal equity. Or, in other words, founding a start-up which operates across markets might come with certain benefits both in relation to diversity and inclusion (D&I), impact and financial outperformance.

As indicated above, whereas various articles, surveys and start-up monitors have addressed a range of characteristics of  EU start-up ecosystems in particular cities, for instance, through categories such as ‘most popular’, ‘most opportunities’, ‘most brand visibility’, ‘most female founders’, ‘most growth in jobs creation’, and measured, which of the latter offer the most benefits to foreign founders, currently it could also be important to understand which country hosts the most start-ups, which promote an employee-friendly remote working culture while tackling local challenges effectively through tailor-made incentives.

While the latter can be financial, they refer more directly to promoting diversity, equity and equality within a business and across borders in an attempt to make employees feel included in the mission of particular businesses and their team. Equality thereby goes beyond internal equity. Indeed, the role of companies in promoting human rights and social justice is increasingly important and should not only be targeted by the (co-)funding of humanitarian aid projects, but also by the direct protection of the rights of employees which may confront businesses with socioeconomic and legal challenges.

First and foremost, both rights and the law are oftentimes portrayed and understood as universal, even when everyone knows that this does not hold true in reality. In order to mobilize individual rights equally, particular efforts have to be undertaken in relation to regional contexts. Regional contexts such as conflicts, lacks of infrastructure, environmental disasters, displacement, corruption, political unfreedom and legal restraints etc. heavily impact how certain rights can at all be mobilized. Therefore, start-ups should, from the hiring process to promotions, build their internal system as a reflection of their desired ecosystem. Only by taking on board everyone, diversity becomes a strength and the networks can be developed.

Whether you are an aspiring entrepreneur with an interest in founding a remote start-up in Germany or Africa with a focus on either one or several markets, or whether you are an investor with an interest in funding a network of motivated and diverse founders with the goal to make platform work in Germany or Africa a place, wherein co-working and co-living are the same, our team of experienced legal professionals and consultants is ready to support you with competent advice, a proactive attitude and a belief in change. Whereas our expertise bridges various domains such as start-ups and tech, taxes, intellectual property protection etc., if you are passionate about D&I, our background in labour and employment may particularly be interesting for you.