Growing The Green Hydrogen Economy: What AI, IoT and ML Can Deliver 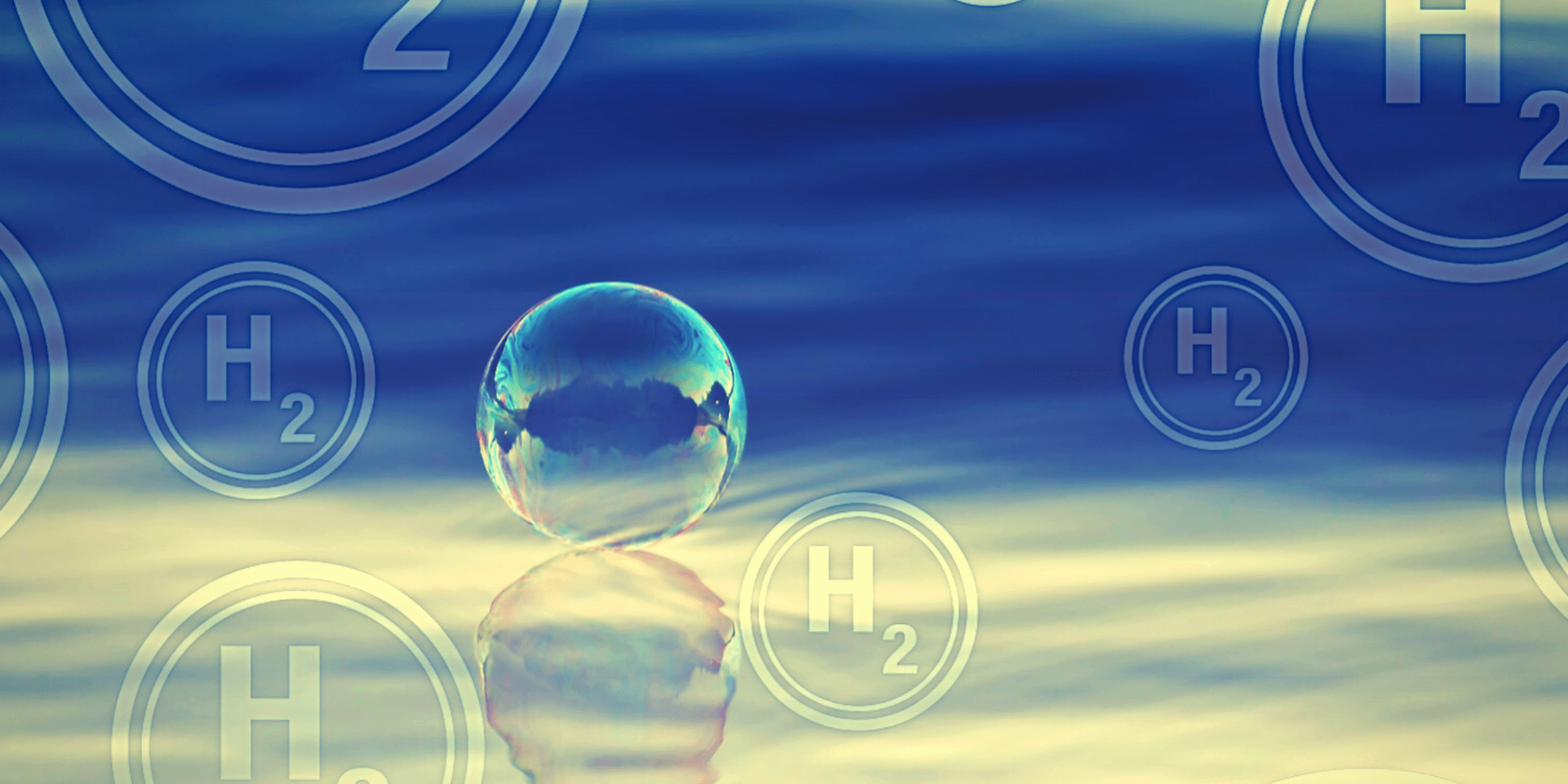 As for the deployment of other energy sources, the deployment of green hydrogen (technologies) can effectively be improved by the help of artificial intelligence (AI), digital technologies, Internet of Things (IoT) and machine learning (ML). As Sylvie Ouziel and Luiz Avelar write in a 2021 article in the World Economic Forum (WEF), “digital technology is one of the critical levers for accelerating the transition to green hydrogen” and artificial intelligence of things (aIoT) is a cornerstone of all sorts of optimization. This article will investigate what AI, IoT and ML can deliver with regard to growing the green hydrogen industry. It will provide a short background on hydrogen in the EU and show how a few businesses utilize data intelligence to promote innovation.

As Ouziel’s and Avelar’s argument suggests, it is the combination of AI and IoT, which is needed in order to accelerate the transition to green hydrogen. Whereas this article will not deny the latter fact, it will contribute a few facts one by one starting with the potential impact, which AI technologies can have on the green hydrogen industry. As Energy Tracker Asia explains, blue hydrogen relies on natural gas, whereas green hydrogen constitutes a renewable energy solution that is manufactured by the electrolysis of water. Next to green and blue hydrogen, as the WEF further illustrates, there are also grey and turquoise hydrogen with methane/coal being the source for the first (i.e. produced through steam methane reforming/gasification) and methane being the source for the latter (i.e. produced through pyrolysis).

While the EU has taken proactive steps towards promoting green hydrogen in the upcoming years and decades through its hydrogen strategy, it has also highlighted the argument of energy analysts, who suggest that stocking up on green hydrogen too fastly could lead to driving up the cost for electrolyzers. In the next ten to twenty years, so the WEF argues, the cost for green hydrogen needs to be decreased “by at least three times”. As was announced in February 2022, the latter aim and the aim to increase the production of green hydrogen might somehow be connected with a stronger interregional cooperation between Africa and the EU. As Europe is aiming to scale up its hydrogen market, it is looking towards Africa, which has “the space and sunshine to produce ‘green’ hydrogen from renewable energy in sufficient quantities”.

Terms such as artificial intelligence, Internet of Things, deep learning (DL) and ML are at this point all absent from the EU’s hydrogen strategy. However, the potential of AI in accelerating the targets and the impact of the European Green Deal overall have been analyzed in-depth by the study ‘The role of Artificial Intelligence in the European Green Deal’ on request by the Special Committee on Artificial Intelligence in a Digital Age (AIDA) in the European Parliament (EP). As the study revealed, AI and other digital technologies play an important role in: 1) monitoring and predicting trends with regard to environmental impacts, 2) inspiring consumers and businesses to act in more sustainable manners, 3) to make sure that all sorts of operations run smoothly and safely, 4) to optimize energy consumption levels, 5) to integrate renewables effectively into electricity grids, 6) to provide charging (i.e. electric vehicles) and energy storage solutions, 7) to more effectively plan transport, 8) to protect biodiversity and minimize consequences of climate change etc.

On the downside, AI technologies were illustrated to, among others: 1) partially have negative impacts on the environment (i.e. increased need for material resources and energy), 2) be able to produce unwanted systemic effects based on errors or characteristics of AI systems, which unintentionally would consolidate environmentally unfriendly behaviours among consumers who could for instance unlearn how to control energy consumption by themselves consciously; 3) be able to have negative impacts on health and fundamental rights unless policies address this effectively, 4) need funded research to keep being optimized when the latter is still a challenge…Whereas another disadvantage, which was mentioned, is that other EU strategies (i.e. the European data strategy) already incorporate a view for the objectives of the European Green Deal, this may not be a real disadvantage, because more effective sharing of AI-, ML-, DL- and aIoT-based research with consumers, policy-makers and the private sector can greatly affect changes in the application of various technologies in the renewables sector.

Green hydrogen has numerous benefits, but as stated in an article in the Forbes, data intelligence is crucial. As such, AI and IoT technologies need to be deployed in order to forecast the costs of the transition to green hydrogen and involved cost factors. As Schoklitsch emphasizes, when the cost for solar and wind power goes down, the cost for green hydrogen will also decrease. Next to forecasting prices and benefits, such as the lowering of risks for private equity investors and independent energy producers (IPPs), AI and IoT technologies play a role in visualizing demand patterns and discrepancies between production and distribution. Especially because green hydrogen is yet an evolving project, it makes sense that AI and IoT-based technologies are valued for their capacity to contribute to economic predictions.

One more technology, which has been argued to be useful for the growing green hydrogen industry is blockchain. As the Algorithmic Hydrogen Alliance (AHA) argues, after the electrolysis of green hydrogen has taken place and it is ready for distribution, a blockchain-based tracking supply system may allow insights about the patterns of disribution in between power and hydrogen generation and the pathways between the electricity grid, industrial production and systems of transport (i.e. hydrogen vehicles). Both the latter application area of AI and the utilization of IoT and AI to make decisions about green hydrogen production, storage, delivery and sale show that digital technologies and intelligence plays a role in laying the basis for a future green hydrogen-based economy.

Despite that both hydrogen, wind and solar power are inventions that date back at least some centuries, prices for hydrogen electrolyzers have remained somewhat expensive up until today. The latter might explain why – if they were invented in the 19th century, solar panels, hydrogen fuel cells and electrolyzers have been used to different degrees. As was recently announced on Smart Energy International, the UK-based hydrogen storage company H2GO Power is making significant steps towards delivering innovation in the green hydrogen industry. Their plug and play stationary storage does for instance perfectionate cost and storage efficiency releasing power on demand and throughout different seasons. Beyond that, H2GO Power’s AI management system allows real-time, cloud-based decisions, a flexible modelling approach and other features based on ML. Currently, the hydrogen storage provider is working together with the European Marine Energy Centre (EMEC) and the Imperial College London on the pilot project HyAI to test the functionality of its products and its impacts on the UK’s electricity grid.

Another UK-based start-up, which calls itself Empati, also works towards incorporating AI and ML tools into growing the green hydrogen industry. As it says on its LinkedIn account, the company aims “to secure long-term AI contracts that generate proprietary datasets and are revenue enhancing from day 1”. Among others, their ‘applied climate technology’ include real-time carbon intensity tracing, decentralized electrolyzer operation, natural resource management, 24/7 green power, non-intrusive load monitoring (NILM) and digital twins for weather, transportation and power grids. As they sum up, AI and ML helps this company with sourcing, the optimization of energy generation and asset management, including through the feedback of customers, and the development of new AI-powered business models. Arguably, Empati’s work reemphasizes the role, which businesses at the intersection of AI, ML and green hydrogen play – namely that of inspiring policy-makers to design policy actions in correspondence with their findings. Without AI and ML, insights into the economic (i.e. including on other industries and renewable energy sources) and environmental impact of green hydrogen could possibly not be estimated as accurately.

If you are an investor, a founder, a start-up or an SME with an interest in scaling up in the hydrogen sector, certainly do not hesitate to contact us for legal advice. We employ legal experts with knowledge across various African jurisdictions and have long-standing experience with giving advice on topics such as labour and immigration, tax and customs, contracts and negotiations, corporate governance and compliance as well as data protection. Next to our African offices, we have an office in Germany since 2020 and are interested in strengthening the cooperation between the two regions in the renewables sector, among others, to promote local development. Contact us today to find out more and be gifted an initial consultation on your business idea!