Solar Energy and AI in Sub-Saharan Africa and the World: Delivering Technological and Local Innovation 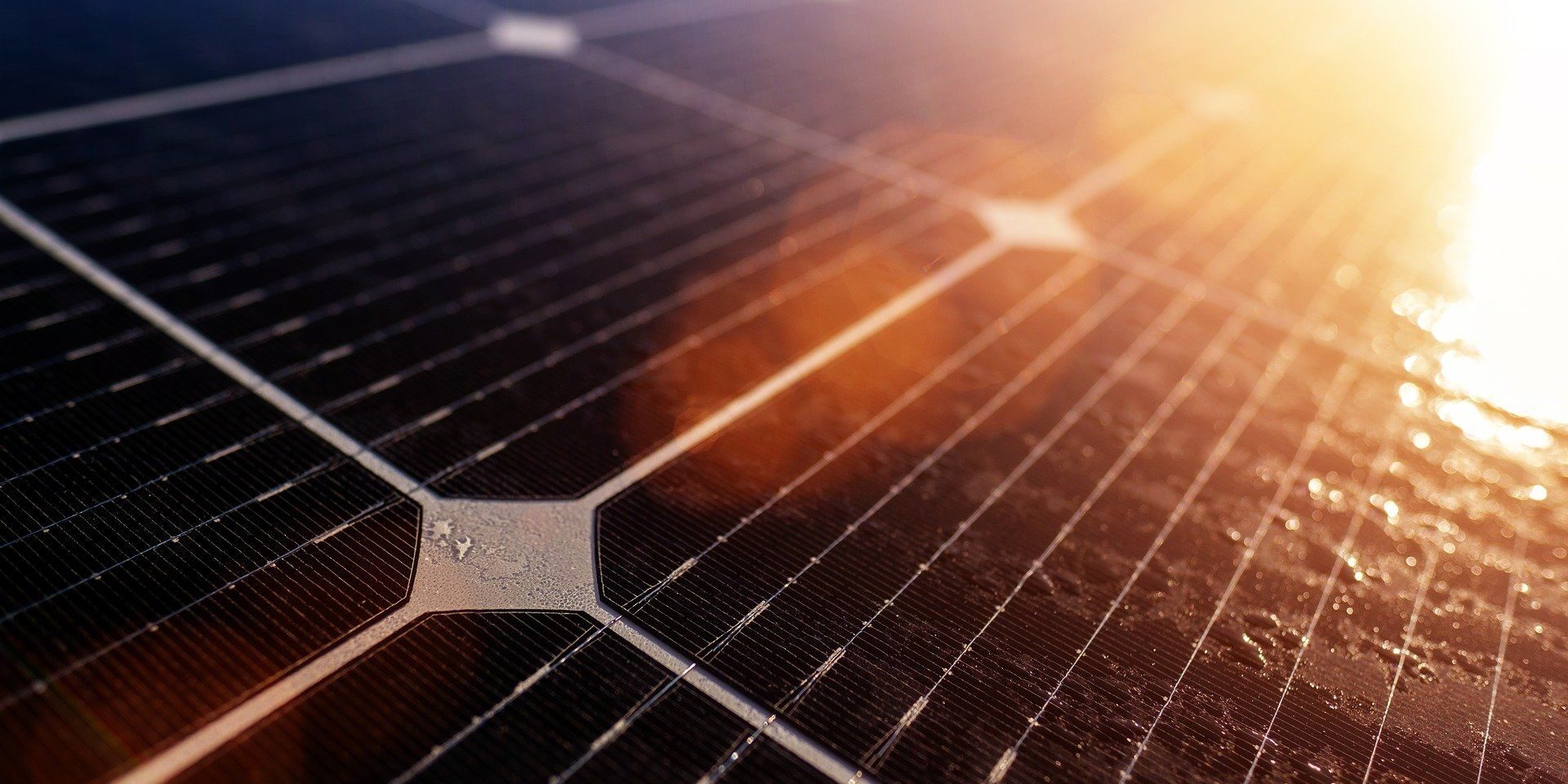 As stated in a 2021 article by Emmanuel Lagarrigue on the website of the World Economic Forum (WEF), in Australia, solar energy might “be present on 30% of the country’s residential, commercial and industrial buildings by 2030, and [on] 60% by 2050”. Meanwhile, the International Renewable Energy Agency (IRENA) estimated in 2021 as well that the onshore renewable energy potential for solar/ photovoltaics (PV) in Africa will balances at 1,449,742 TWh/y. Solar energy has huge potential in Africa, where, as the IRENA reemphasized, irradiation levels are double as high as in Germany and solar energy can be an affordable alternative for rural communities.

Especially because of the German South African Energy Partnership, the KfW’s huge support for strengthening and planting green electricity in Sub-Saharan Africa, the Just Energy Transition Partnership to support South Africa’s decarbonization and other cooperational projects, there is a need for assessing what support for AI technologies in the solar energy could mean. This article will both provide a few insights about cooperational projects in the solar energy industry in Sub-Saharan Africa and the state of the solar industry in this region. Beyond, it will provide hints on some of the capabilities of AI with regard to solar systems.

Cooperational Projects in the Solar Industry – Stepping on the AI Pathway…

As indicated above, cooperational projects such as energy and energy transition partnerships, but also smaller-scale or local projects between businesses in the solar industry and local communities might play an important role in making AI a priority in the solar industry in Sub-Saharan Africa and in other regions. In February 2022, it was announced that the Norwegian Agency for Development Cooperation (NORAD) has decided to support the African Trade Insurance Agency (ATI) with a grant amounting to around $56 million. Among others, this grant is meant to ensure that small- and medium-sized companies (SMEs) in the solar industry will receive “additional insurance or guarantee products” through the Regional Liquidity Support Facility (RLSF) – a project between the KfW and the ATI, which is by now five years old.

Next to supporting SMEs, the RLSF’s policies served to strengthen regional solar power projects such as the 60MW Salima Solar Power Plant in Malawi, which proves that it had a big impact. Next to the partnership between the KfW and the ATI, another cooperational project gained attention by the beginning of 2022. As ESI Africa revealed in February of this year, the Energy and Environment Partnership Trust Fund (EEP Africa) and the Alliance for Rural Electrification (ARE) have entered a partnership “to support decentralized renewable energy [DRE] stakeholders” in Southern and East Africa. DRE, as two researchers from Korea University point out, has certain advantages over large-scale energy projects.

Among others, these are connected to “environmental friendliness, lower upfront costs, greater affordability and reliability, lower risks, an easier to cope with system failures, and community empowerment”. Especially because the researchers also highlight that DRE is compatible with sustainable energy planning, it might be interesting what role AI can play in the latter. But before, it may be worth mentioning that energy partnerships do not only play a crucial role in energy planning, but also in local capacity building. Since both the solar industry and AI are fields with much future potential, the facilitation of a cooperation between these fields is of crucial importance. This necessity is severed by the fact that investments in the energy sector in Africa by far accounted for less than for other regions around the globe in 2019.

As Clyde & Co emphasize in a 2021 article, only “4% of global power supply investment” was allocated in Africa and as the International Energy Agency (IEA) found in its ‘World Energy Investment 2021’ report, both “market uncertainty, lockdowns and reduced revenues fed into lower spending outlays in new projects”, for instance, in the Middle East and North Africa (MENA) region. Meanwhile, final investment decisions (FIDs) in gas-fired energy amounted to less than 10GW in the MENA region between 2015-2020, this might still be a lot in comparison to other regions (i.e. the US and Southeast Asia) and the combined amount of FIDs in the rest of the world, which except for China, the US and Southeast Asia, witnessed a little more than 27GW of investments into gas-fired energy. Despite that Africa’s electricity generation mix hugely relied on natural gas and coal and peat from 2010-2020, investments into its solar industry increased rapidly in 2018 and amounted to US$5,2 billion, as the IRENA reveals in its ‘Renewable Energy Market Analysis: Africa and its Regions’.

Meanwhile, around 50% of the latter investments went into Morocco, similar to concentrated solar power (CSP) investments, which additionally went into South Africa from 2012-2018, investments shifted from solar (thermal-PV hybrid) to solar thermal in 2019 with 2020 investments being further reduced and mostly accounting for solar PV. As the IRENA illustrates the decrease in investments totalled 55% with regard to the solar industry. However, Sub-Saharan Africa has been argued to have one of the largest solar energy generation potentials in the world. As researchers from Kingston University and the University of East Anglia emphasize, together with engineers from Ulster University, they have “developed an intelligent solar backup system powered by artificial intelligence (AI) to support sub-Saharan Africa’s utility grids”.

Whereas there is little research about investments into solar and AI in Sub-Saharan Africa, it might indeed be the case that merging these industries is a process, which has just started. As announced in January 2022, among other investors, the Shell Foundation has contributed an investment to the “AI-enabled clean energy financing platform Nithio”, as Renewables Now has referred to it. More concretely, Nithio aims to tackle a challenge, which is characteristic of the solar industry in Sub-Saharan Africa, namely that of “accurately assess[ing] ability to pay and repayment risk” for operators and investors in this industry. Capital flows are essential to support solar businesses of different size and scope so that universal energy access becomes an achievable target. In other words, AI plays a role with regard to both tackling energy insecurity and energy poverty in Africa at its root (i.e. by addressing what local communities and businesses need) and removing technological barriers that stand in the way of relying on solar power at large-scale.

AI in Sustainable Energy Planning in the Solar Industry

As mentioned above, Clyde & Co have revealed that for technological barriers, it can be effectively made up for through the application of AI technologies and machine learning (ML). As the WEF illustrates, AI technologies are perfectly able to: 1) “manage decentralized grids” and, 2) “balance electricity supply and demand needs in real-time, optimize energy use and storage to reduce rates”. However, they also need to be ‘governed’ – that is to say, policy-makers arguably need to come together in order to discuss whether the operation of decentralized energy solutions (i.e. by private households and businesses) should be incentivized and how the latter, as well as interoperability, could be facilitated at local, regional and national levels at the least.

On the more technical side, deep learning (DL) can for instance contribute to more effective and accurate solar energy forecasting. In their 2021 article ‘Deep Learning Enhanced Solar Energy Forecasting with AI-Driven IoT’, researchers from three universities in China, Singapore and Australia developed a new approach to solar energy forecasting based on historical data sorted by weather categories and correlation analysis and clustering calculation of data with their approach argued to bring even better results than other methods. Similar to the latter researchers, Alkhayat and Mehmood published a 2021 article on solar energy forecasting reemphasizing that solar and wind power will always be somewhat unstable energy sources, whose output depends on weather conditions. In order to both, allow for policy-makers to decide how to manage solar energy provision and in order to achieve a decrease in energy costs, accurate prediction plays an important role.

Unlike Alkhayat and Mehmood, Abubakar, Meschini Almeida and Gemignani provide an overview of AI-based approaches to failure detection and diagnosis with regard to solar PV systems. Among others, AI technologies can aid in the detection of the following system faults: 1) shading faults (i.e. reductions in irradiation based on nearby buildings etc.), 2) arc faults (i.e. increased power usage based on a variety of faults such as insulation etc.), 3) line-line faults (i.e. intra-string faults and cross-string faults), 4) ground faults (i.e. unwanted connection between an earth-grounding conductor and a current-carrying conductor) and, 5) other faults (i.e. inverter components failure, bypass diode faults etc.). Beyond that, AI technology can provide other diagnostic insights, which are not necessarily connected with operational faults. The latter is possible through the following seven methods:

Neural Network-Based-AI fault detection and diagnosis methods include, among others, the Bayesian neural network (BNN) model, which is laid out to be a tool to “estimat[e] power losses in PV plants owing to soiling was devised”.

Regression-Based Methods take into account “failures of PV modules, inverters, and other components” and are suited for detecting abnormalities in solar PV systems.

Decision Tree-Based Methods are based on a comparative analysis between measured and simulated electrical measurements seeking to spot performance gaps.

Support Vector Machine-Based Methods “collect[] data from the control system, as well as [contribute to] the fault identification and localization of short-circuits in a cell, bypass, and blocking diodes”.

Neuro-Fuzzy-Based Methods for instance relate to “fault detection in PV fields based on the Takagi-Sugeno-Kahn fuzzy rule-based system (TSK-FRBS)”. The benefits of of TSK-FRBS are that it tolerates vague data and can capture complex system behaviours in the absence of a mathematical model.

Wavelet-Based Methods present a “detection technique that uses both the time domain and time frequency domain characteristics to distinguish between the DC arc fault and normal conditions”.

Among other methods are such “that use graph-based semi-supervised learning (GBSSL) for fault identification and diagnosis in PV arrays”.

Are you an investor, a start-up or an SME with an interest in AI and the solar industry? Then, we would be happy to support you with regard to legal questions! We employ legal experts with knowledge across various African jurisdictions and have long-standing experience with giving advice on topics such as labour and immigration, tax and customs, contracts and negotiations, corporate governance and compliance as well as data protection. Next to our African offices, we have an office in Germany since 2020. That is to prove, we have an international mind…You too? Then contact us today to collaborate!