What Can AI Achieve In The Wind Power Industry? Protecting Natural Habitats, Wildlife and Human Life… 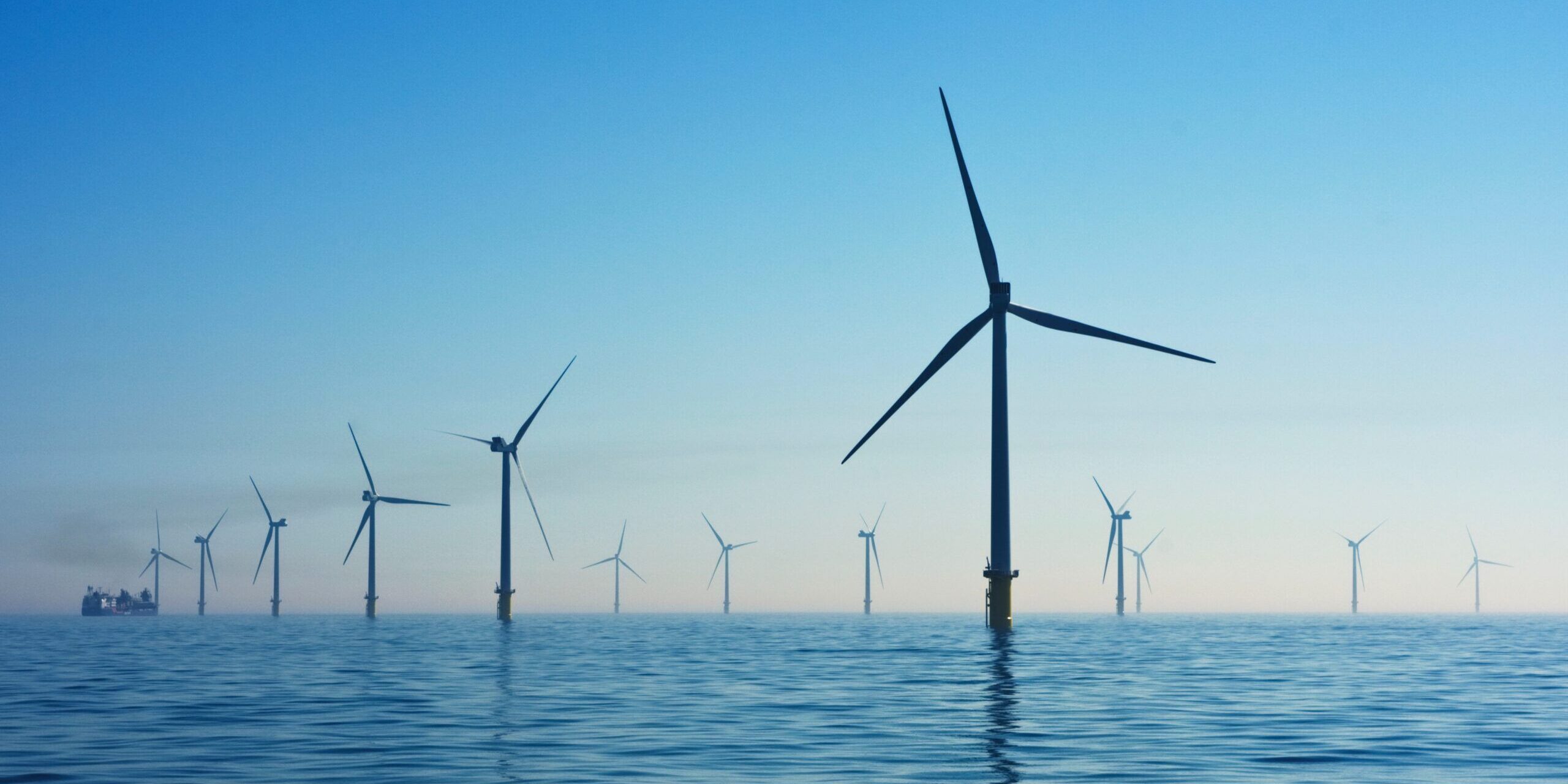 Our last article provided a general introduction about the benefits of applying artificial intelligence (AI) technologies in the renewables industry. Going a little bit further today, this article will address what AI technologies can achieve with regard to the wind power industry. More concretely, it will argue that AI technologies should be used to contribute to the protection of different habitats, wildlife and human life. Despite the fact that relying on renewable energy is connected with the chance to reduce CO2 emissions, the operation of wind power turbines and wind farms comes with certain risks. Both, workers in the industry, surrounding communities, natural habitats and wildlife need to be supported by AI in order to prevent, among others, that operational failures are detected too late, that risky maintenance operations are carried out by humans and that the construction of wind farms interrupts cetaceans in their natural environment.

How AI Technologies Could Enable The Protection Of…

As an article on Engineering & Technology (E&T) reveals, AI certainly has contributions to make, when it comes to the maintenance of wind turbines with companies such as Innvotek and Mapair having designed “a drone system that uses infrared technologies and artificial intelligence” to detect defects. Whereas Firefly Inspect was meant to aid with regard to technical check-ups on aircrafts, partnering up with Offshore Renewable Energy (ORE) Catapult, as CompositesWorld writes, indeed led to also understanding the usefulness of Firefly Inspect in the wind power industry. As further highlighted in the article, drones take over certain aspects of work in a wind turbine, which are usually connected to health and safety risks.

As Shafiee et al. lay out in their 2021 article ‘Unmanned Aerial Drones for Inspection of Offshore Wind Turbines: A Mission-Critical Failure Analysis’, remotely piloted aircrafts (RPA) lower the need for employees to climb up wind turbines – which constitutes a risky act for which heavy lifting components are needed and as Karanikas et al. reemphasize, quite some amount of risk is connected with working at height. Next to that, a few other risks are related to the exposure of noise, hazardous chemicals and materials and weather-related risks. Whereas immediate physical risks might impact workers more than surrounding communities, whereby the first were also found to deal with significant stress levels during the installation of wind turbines, the latter can also be affected by the noise and vibration of wind turbines with electromagnetic fields (EMFs) being one of the major hazards when it comes to wind turbines.

Meanwhile workers may also cope with psychological issues such as claustrophobia both due to the confined space of wind turbines and the possible exposure to harmful gases. Whereas Firefly Inspect serves to make maintenance easier, it may thus also make the lives of workers easier. However, AI-powered drone technology has its own limitations. As Shafiee et al. conclude, RPAs can do significant damage if they do not rightfully detect an error. Especially because drone technology is still developing and being fitted to meet the needs for, among others, safety in the wind industry, there is still a need for developing frameworks to measure the reliability, availability and maintainability (RAM) of RPAs in the field. Whereas drones are certainly one option, what also could be interesting is to offer new technologies in relation with fall prevention (i.e. through 3D modelling etc.).

Beyond that, it needs to be remarked that the protection of workers in the wind power industry also should require the delivery of innovative healthcare solutions. Especially because working in a wind turbine can be mentally and physically challenging, start-ups who want to support companies in the wind power industry could also come from the domain of AI and healthcare. Combining knowledge about the conditions of work in the wind power industry with psychological resources could certainly lead to delivering targeted all-round care. With public healthcare systems oftentimes being overburdened or unavailable, industry-related healthcare could not only be beneficial, because it would most likely make targeted healthcare accessible, but – on the long-term – lead to a transformation of healthcare in countries, where public healthcare is available (i.e. because health insurance providers might be more willing to update treatment options and include ‘niche’ healthcare providers).

According to a recent article by Reja et al., wind turbines have a “biodiversity impact”. Both birds and bats risk losing their lives in proximity of wind turbines and their migratory behaviours can conclusively change. In addition, offshore wind farms have been found to take the role of “artificial reefs” with marine species breeding in proximity, which is linked with further risks, for instance, due to noise exposure. Beyond that, Reja et al. note that wind turbines can be impacted by adverse weather conditions (i.e. tornadoes, cyclones), which reemphasizes that both workers and wildlife are exposed to tremendous risk unless technologies are used for early warnings. Until now, start-ups have undertaken a variety of efforts to protect bird- and wildlife.

Biodiv-Wind SAS has for instance contributed to the development and installation of AI-based wildlife detection technology in the wind industry. Their SafeWind® system has not only been installed in seven countries (i.e. Germany, France, Spain etc.), but has also detected at least 1,722,650 birds and bats so far with 250 wind turbines being equipped for analysis. Similar to Biodiv-Wind SAS, the SaaS data platform Spoor offers clients the monitoring of wildlife at offshore wind farms. Next to identifying birds in the area of wind turbines, Spoor’s software enables 3D tracking, species-specific data and collision detection. It has been estimated by the American Bird Conservancy (ABC) that 1,17 million birds are killed by wind turbines in the US every year, as Nick Ferris pointed out on Energy Monitor. For this reason, the latter efforts seem necessary.

However, not only birds and bats need protection. Further attention also needs to be paid towards the protection of aquatic animals (i.e. fish, dolphins, whales). The latter is something that Sinay has been working on. Founded in 2007 by Yanis Souami in Caen, France, Sinay provides a range of solutions for the maritime industry to both “make maritime activities smarter and more sustainable”. Sinay’s “time-saver tool”provides a range of data analytical opportunities with regard to air and water quality, estimated time of arrival (of ships), fish prices, underwater and aerial acoustics, sealife impact, route planning and optimization, GIS, zone and fleet statistics and consumption prediction. By now, Sinay is trusted by a range of actors such as the European Space Agency (ESA), EDF Renewables and Accobams, whereby the latter stands for the Agreement on the Conservation of Cetaceans of the Black Sea, Mediterranean Sea and contiguous Atlantic Area. It constitutes a “legal conversion tool based on cooperation” between four secretariats:

Signed in November 1996, it entered into force in June 2001 and seeks to protect cetaceans. However, it does not explicitly mention how actors in the renewables sector should be involved in this task. Unlike Accobams, the EU Marine Strategy Framework Directive indirectly emphasizes that it is the task of EU member states to set up national marine strategies, which will make sure that a ‘good environmental status’ of marine regions can be maintained (§11). Among others, a ‘good environmental status’ is thereby defined as follows: “ecologically diverse and dynamic oceans and seas, which are clean, healthy and productive within their intrinsic conditions” (§5), “[m]arine species and habitats are protected, human-induced decline of biodiversity is prevented” (§5a) and “[a]nthropogenic inputs of substances and energy, including noise, into the marine environment do not cause pollution effects” (§5b). Similarly, but less explicitly, the EU Water Framework Directive states that “[f]urther integration of protection and sustainable management of water into other Community policy areas such as energy, transport, agriculture, fisheries, regional policy and tourism is necessary” (§16). To sum up, especially because it is up to member states to determine what standards businesses need to adopt to protect natural habitats, wildlife and human life, there is a need for AI start-ups to work on protection in the wind power industry to make or keep the latter safe and ‘eco-friendly’.

If you have an interest in investing, starting up or scaling up in the wind power industry, then we look forward to supporting you on the legal side! We employ legal experts with knowledge across various African jurisdictions and have long-standing experience with giving advice on topics such as labour and immigration, tax and customs, contracts and negotiations, corporate governance and compliance as well as data protection. Next to our African offices, we have an office in Germany since 2020. That is to prove, we have an international mind…You too? Then contact us today to collaborate!