Why AI Is A ‘Game Changer’ For The Renewables Industry: A Few Insights From Recent AI and Engineering Research 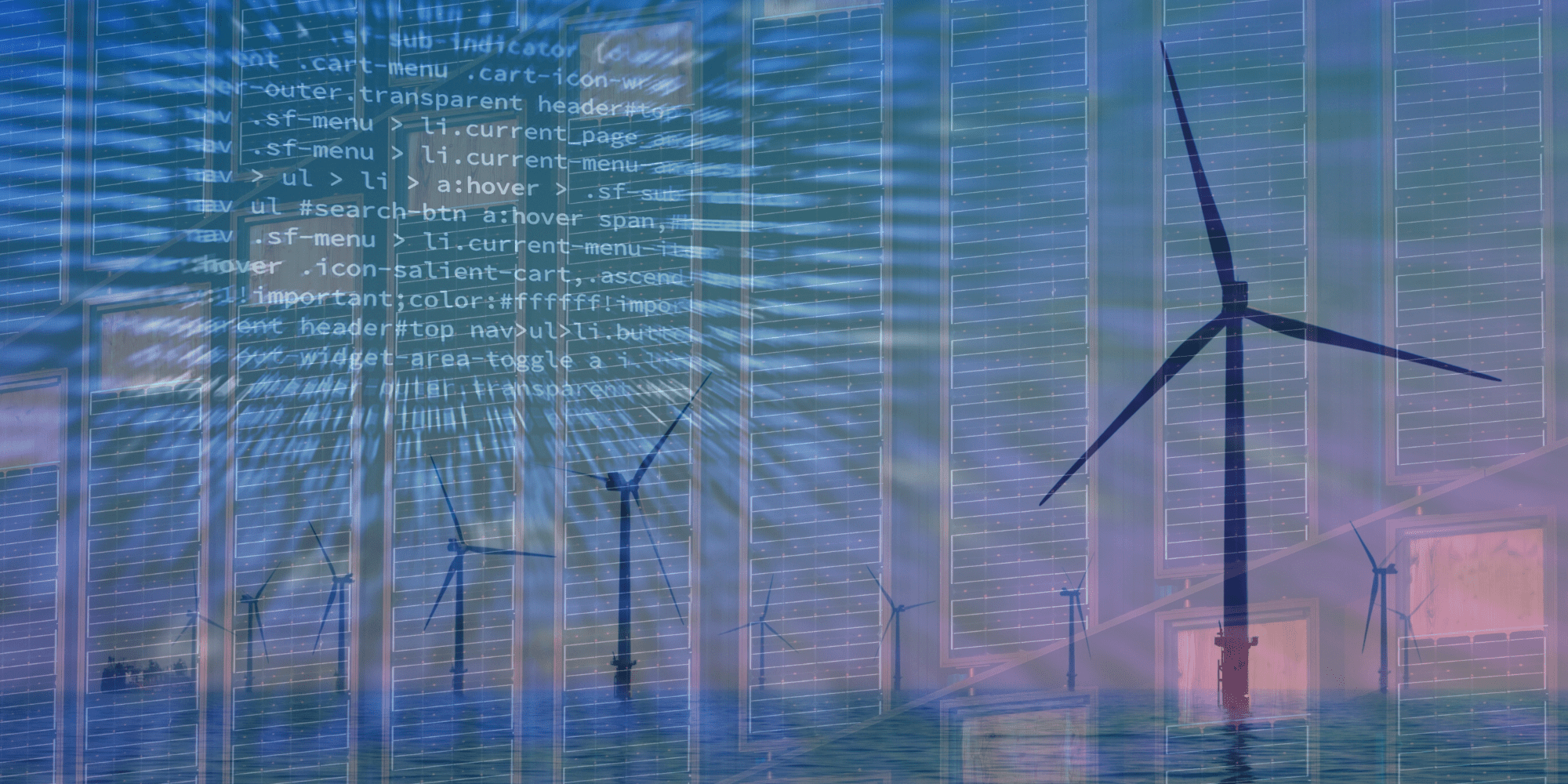 As Thierry Mortier writes in an article on Ernst & Young (EY), on the way towards the Fourth Industrial Revolution (4IR), artificial intelligence (AI) technologies have gained an increased significance in the renewables industry. A ‘smooth transition’, as Mortier suggests, will indeed be enabled by AI with the latter possessing the capacity to increase renewable energy (RE) usage. Thereby, AI does not exist in a vacuum – “internet of things (IoT), sensors, big data and distributed ledger technology” all play a role, when it comes to accelerating and shaping the energy transition and the 4IR. This article provides a brief overview of the benefits of the application of AI technologies in the renewables industry aiming to inspire start-ups and investors to dedicate themselves to supporting effective, future technology solutions.

Which Benefits Does AI Deployment Offer The Renewables Industry?

As various authors suggest, AI can play an important role in forecasting solar and wind power capacity levels at the hand of real-time data. Next to this, as He et al. suggest in their article ‘Artificial intelligence application in a renewable energy-driven desalination system: A critical review’ from October 2021, it can contribute to forecasting and analyzing a variety of processes involved in RE desalination systems, which serve to solve the “freshwater problem” in a sustainable way as an alternative to burning fossil fuels. More concretely, He et al. suggest that computational intelligence (CI) is involved in three processes: “prediction (load forecasting), control (alarm processing and fault detection) and overall evaluation (operational optimization, security assessment and economic assessment).

Next to above, the researchers provide an overview from various studies, which suggest that the application of AI technology for RE-desalination systems coincides with the following capacities and many more: “Solv[ing] the large-scale MSP [Marine Spatial Planning] model; Predict[ing] the solar still productivity (SSP); Forecast[ing] the efficiency of solar still production (SSP); Predict[ing] the next week values of total dissolved solids (TDS) and permeate flowrate of the product water [etc.]”. In other words, the capacities which AI technologies have to offer the renewables industry do not only coincide with forecasting and analyzing the operational processes of solar fields, wind power turbines, hydrogen plants and waste-to-energy plants – AI also has the capacity to support the operation of processes for which RE is used.

Thereby, as Boza and Evgeniou emphasize, the application of AI technologies in the energy sector has also become associated with the chance “to reduce costs related to integrating VRE [variable RE sources] sources as well as to speed up their deployment”. As the researchers specify, whereas many commentators have already highlighted that the deployment of AI technologies can coincide with a reduction of economic costs, too little research has established arguments with regard to the link between AI deployment and economic value creation. Different from forecasting accuracy and performance metrics, analyzing value creation is more complex, because no concrete definition of the latter exists. However, Boza and Evgeniou argue that in order to increase value creation, the deployment of AI in the energy sector should focus on making use of the multiple functionalities and capacities of AI rather than “‘stand-alone’ applications”.

Whereas one might assume that signs of an increased value creation would attract plenty of investors, it is actually the case that there is a lacking understanding of what value creation means with regard to AI applications in the renewables industry. As Boza and Evgeniou explain, according to their findings, there are quite a few areas where AI technology can be useful – for instance, to “classify disturbances in the power system”, “to optimise the distribution network to reduce network line losses and minimise curtailment of VRE” and “to increase asset availability, optimise maintenance and workforce scheduling for wind turbines”. Notably, the latter is part of EON’s PredATur system, which “monitor[ed] around 1,800 turbines” in 2021. As Hannan et al. found, next to monitoring, AI technology can also be useful in mapping RE potential.

In their 2021 article ‘Impact of renewable energy utilization and artificial intelligence in achieving sustainable development goals’, these researchers argue that AI mapping techniques can be utilized “to predict the proper locations for the expansion of RE source-based facilities and land protection”. Similar to He et al., which stated that AI technologies can be used for MSP, these authors illustrate that the deployment of particular forms of renewable energy cannot per se be assumed to bring about positive outcomes. Geographic (i.e. climate, biodiversity) and local aspects (i.e. community rights) play a role in determining what is the most efficient, effective, righteous and environmentally friendly way to go about RE planning – both, in the short-and long-term. Next to emphasizing the latter fact, Hannan et al. mention that AI technologies have also been deployed in developed countries to make possible the interaction between smart grids, smart meters and IoT devices. Beyond that, the authors reemphasize that AI technologies play a role in…

“forecasting, emission reduction, cost-minimizing, robust and smooth control, high power quality without fluctuation even when input is intermittent, expansion of novel technologies for the optimal production from available natural resources, awareness of the environment, enhanced energy management, distribution of energy, and energy delivery”.

To pinpoint one of the central arguments of these authors, ‘sustainable RE utilization’ is a goal by itself. “Ensur[ing] access to affordable, reliable, sustainable and modern energy for all” (SDG 7) might arguably be easier to achieve, if the RE industry effectively makes use of AI technologies, especially where long-term environmental impacts yet have to be explored. Whereas Han et al. are thus interested in the long-term consequences of particular methodologies of deploying RE, Kong et al. are interested to find out how AI technologies can make up for some of the weaknesses of REs such as hydroelectric power and biomass. As the authors pinpoint, the latter sources of energy may undergo some challenges over long months linked with climate change and seasonality-related issues.

Researching how process integration (PI) and relating techniques can thrive through the deployment of AI, Kong et al. aim to find new ways to enhance and expand traditional PI methodology, which focuses on “calculating thermodynamically feasible energy targets (or minimum energy consumption) and achieving them by optimizing heat recovery systems, energy supply methods and process operating conditions”. As the researchers emphasize, both temporal aspects, data uncertainties and multiple objectives/agents can easily be addressed by calling in AI technologies for PI. In particular, merging artificial neural networks (ANN), an area of machine learning (ML) which “is at the heart of deep learning algorithms”, with PI techniques, is argued to lead to taking more control over “largescale (national or regional levels) multi-period energy planning”.

Aside from the latter argument, Kong et al. emphasize that the application of blockchain technology can have multiple positive effects, when applied to bring forward innovation in the energy sector. Among others, blockchain technologies are explained to contribute to the following outcomes in energy planning: “energy supply and demand forecast, grid balancing, and intelligent energy storage”. Whereas all of the latter are described to be useful for addressing temporal aspects of PI features, metaheuristic optimization algorithms (MOA), which “imitate physical and/or chemical principles”, are argued to be useful to address stochastic and epistemic uncertainties, whereby the latter refer to significant knowledge gaps with regard to climate conditions and the impact of emerging technologies. Lastly, MOAs such as particle swarm optimization (PSO), among others, can also be used to make energy planning more effective as far as multiple objectives/agents are involved.

In a nutshell, to understand the benefits of the deployment of AI in the RE industry, policy-makers need to make some efforts to understand what contributes to value creation and what does not. Whereas some of the potential of AI in the RE industry was explained above, it cannot be concealed that there is also some criticism – at least, when it comes to how the interplay between AI and RE systems has been studied. As Shin, Han and Rhee insist in their 2021 article ‘AI-assistance for predictive maintenance of renewable energy systems’, current research has failed to sufficiently address how the interaction between humans and AI influences the potential of AI deployment within the RE industry. Whereas conclusions cannot be generalized, in their study, which involved generalist and specialist engineers from the wind energy industry, it was observed that generalists’ performance became better at an inspection task with regard to wind turbines when they received AI-assistance. Following the above findings, it can be concluded that AI certainly shows potential for the application in the RE industry.

If you are a founder, a start-up or an investor with an interest in renewables and AI, certainly do not hesitate to contact us for support on the legal side! We employ legal experts with knowledge across various African jurisdictions and have long-standing experience with giving advice on topics such as labour and immigration, tax and customs, contracts and negotiations, corporate governance and compliance as well as data protection. Next to our African offices, we have an office in Germany since 2020. That is to prove, we have an international mind…You too? Then contact us today to collaborate!