Investing in the Blockchain and Cryptocurrency Business in Africa: Avoiding ‘Crypto-Colonialism’ – Lessons from Puerto Rico and Beyond 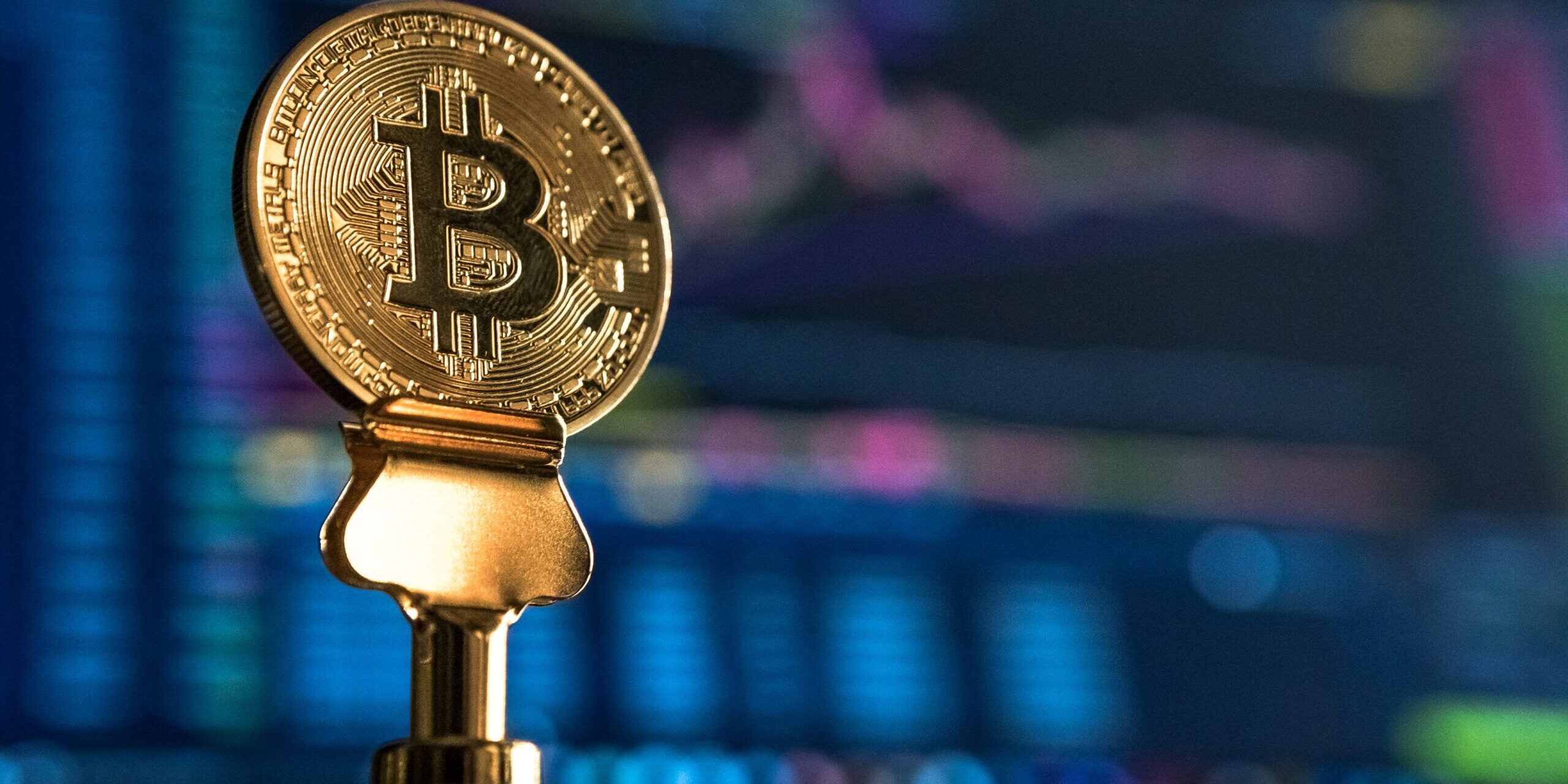 As the World Economic Forum (WE Forum) revealed, the growth of the African crypto market over the course of one year amounted to $105,6 billion by September 2021. Calling Africa the “next crypto frontier”, the WE Forum emphasizes that Africa’s ‘unbanked’ population (57%/ 789 million) offers a huge market for success. With The Africa Report highlighting that Kenya, Nigeria, South Africa and Tanzania ranked in the top 20 of the Global Crypto Adoption Index, which also listed Ghana and Togo, it is undeniable that Africa’s cryptocurrency adoption rate skyrocketed between 2020 and 2021. What demands further discussion however is how cryptocurrency markets are integrated with African stock markets and how so-called ‘crypto-colonialism’ can be prevented. This article will provide a few anecdotes on the latter issue and draw up lessons, among others from Puerto Rico, for Africa…Let’s find out more!

Lessons about Crypto-Colonialism and ‘Green Grabbing’

As Peter Howson, a senior lecturer in social sciences at Northumbria University, explains, “the term crypto-colonialism was coined before the invention of blockchain to refer to neo-colonial expansions toward host countries seeking to acquire greater political independence […] at the expense of greater economic dependence upon the neo-colonial power”. Analyzing the intersection between crypto-colonialism, climate crises and blockchain in the Global South, Howson highlights the need for more critical analyses of green finance projects led by countries in the Global North. Referring to the ‘green economy’ as a neoliberal project, Howson says that the launch of “blockchain platforms for carbon off-setting, green financing and sustainable investments” also needs to be viewed through the lens of ownership and dispossession. Mentioning that many of the initiatives, which are linked with the UN Reducing Emissions from Deforestation and Forest Degradation (REDD+) mechanism, have been involved in green grabbing, Howson shows how local communities’ “forest resources” are being traded without a pre-existing agreement or a compensation.

Next to Howson’s critique on ‘crypto-colonialism’, Larisa Yarovaya and Brian Lucey, two experts in the field of (international) finance, emphasize that the dream of becoming a cryptocurrency entrepreneur has become tied to the libertarian idea of freedom as an individualist notion – an idea which is inherent in (neo-)colonialism. Crypto-entrepreneurs felt entitled when trying to build a ‘Crypto Utopia’ or Puertopia in Puerto Rico in 2018 – a utopia, which is still alive today even if it has been renamed to ‘Sol’. In October 2021, Puerto Rico witnessed a resurgence in interest in its crypto-paradise, which might mainly be such for the crypto-billionaires that it created. Despite that these billionaires promised to revitalize the Puerto Rican economy after the country was busy coping with the drastic consequences of 2017 hurricane Maria, housing prices in Puerto Rico have been rising in 2021 – according to the Coin Telegraph, thanks to this very community.

What was primarily interesting to crypto-entrepreneurs before coming to Puerto Rico was the fact that the country is a tax-free haven, where residents “are exempted from paying taxes on capital gains, interests and dividends […and] free to keep all their profits to themselves at least for six months”. However, not everyone who has just moved to San Juan is considered to be a resident. Among others, physical presence in Puerto Rico needs to amount to at the very least 163-183 days per year with a potential presence in the US amounting to less than 90 days per year. Beyond, a resident is interpreted as such who is affiliated with local organizations, in the possession of a Puerto Rican driving license and a Puerto Rican bank account for daily transactions and a registered voter. With further criteria being that one’s family and one’s major belongings are located in Puerto Rico, it does not seem that easy to start up a tax-free crypto business in Puerto Rico.

As illustrated in an article by Mariah Espada in Time, crypto-entrepreneurs have provided the Puerto Rican economy with a financial revenue of $210 million between 2015 and 2019. Especially, because Puerto Rico had $72 billion debt in 2016, its economy certainly needed a stimulus, but not at any cost. When the Puerto Rican Government announced its public debt adjustment plan (PAD) in November 2021, hundreds of citizens went out to demonstrate stating that they were not going to repay a debt which is ‘illegal’ and has derailed their rights. With favourable tax conditions for municipal bonds having been one origin of Puerto Rico’s accumulated debt, it is not surprising that the PAD would lead to paying out “$7 billion in cash to bondholders who haven’t been paid in almost five years” next to reducing overall debt to $7.5 billion and allowing $10 billion of new debt to cover the first among others. What the Puerto Rican case emphasizes is that attracting investment at national level is not enough to promote financial inclusion, wealth equality and inclusive development at local levels. Whereas the cryptocurrency business might have decreased some of Puerto Rico’s debt, it has also been creating further issues with housing.

Certainly, investment does not per se or at all have a positive influence on local livelihoods unless effective policies are in place. In the future, such policies must arguably also address the fact that cryptocurrency transactions consume energy. As Yarovaya and Lucey illustrate, “[o]ne bitcoin transaction consumes 215 kilowatt-hours (KWh), enough power to supply dozens of households on the island when the grid was at full capacity”. Especially, because Puerto Rico’s power grid has poorly been invested in and is not in the best state, such facts can no longer be ignored and this lesson is not only valuable for Puerto Rico, but also for African countries.

What Africa Should Know About Cryptocurrencies

According to data from Statista, 592 million people in Sub-Saharan Africa had no access to electricity in 2020. Learning from the Puerto Rican case that blockchain technologies can in some cases lead to a high electricity consumption, African countries should make sure to monitor this relationship closely. Generally, there is however not a lot of consensus on this topic. Whereas various sources and actors claim that Bitcoin annually consumes an enormous amount of energy equalling the power consumption of Thailand (199.08 TWh), as November 2021 estimates the Digiconomist suggest, other sources claim that cryptocurrencies’ energy consumption will barely have an impact on society.

Nevertheless, one of the sources supporting this claim still estimates that the electricity consumption for Bitcoin amounts to 60 and 125 TWh annually equalling the power consumption of Norway or Austria. As the Data Driven Envirolab (DDL) suggests, Bitcoin and other Proof-of-Work (PoW) currencies’ high energy consumption says nothing about other cryptocurrencies and blockchain designs. As DDL continues, “[t]he amount of energy consumed by a blockchain or cryptocurrency network depends on its consensus mechanism, determining what information is added to the network ledger”. What this could mean for African founders and investors is that they need to make a conscious decision whether investing in PoW currencies makes sense and if so, whether legal conditions could be set up requiring foreign cryptocurrency business owners to make a commitment to Africa’s energy transition. An alternative to Bitcoin might be Ethereum, whose carbon footprint is also lower than that of Bitcoin.

While not at all African countries have a tax legislation in relation with cryptocurrencies, what can be learned from the Puerto Rican case is that the cryptocurrency boom also requires African countries to reconsider their laws in relation with foreign entrepreneurs, residency, business and income tax. Despite that the Puerto Rican case may be somewhat exceptional, it is no secret that Mauritius has been a business paradise for foreigners until the Mauritius Revenue Authority (MRA) clarified that “foreign trusts held in Mauritius would no longer be exempt from income tax” in September 2021. Whereas Africa should surely stay open to foreign investors and entrepreneurs, African countries should also make sure that the cryptocurrency hype is not just another project entangled with economic and other dependencies, which may thrive among others from lacks of data privacy.

As Howson discloses, the World Food Programme (WFP) has aided Syrian refugees in Jordan with a blockchain technology programme for humanitarian assistance called Building Blocks. While this project certainly delivered a relevant and urgent contribution, Ethereum-powered Building Blocks has obtained personal data, biometrics and transaction logs from its users. Whereas the gathering of data does not directly lead to dependencies, it can make users more vulnerable to cyber attacks and control. While blockchain technologies might offer a number of benefits, they are not a cure for everything and therefore not everything should be tokenized – or at least not without supportive regulations in place. The latter is related to what Howson said about green grabbing. Irrespective of the potential of green finance, blockchain technologies should not enable land grabbing by any means in the future.

According to Fortune, Bitcoin’s carbon footprint could only be off-set by planting 300 million new trees. Without doubt, planting trees around the world from home is a good thing, but when it comes to making bigger investments into the world’s forests etc. – laws need to adequately regulate ownership to protect the sovereignty of indigenous people. In other words, although businesses such as ForestCoin are certainly addressing an important problem, it seems risky to let a huge amount of individuals invest in something that they do not own. Local people need to maintain decision-making power about local landscapes, however – especially in times of crises, it might one day happen that cryptocurrency investors revolt and want a share in local politics. While Bitcoin is independent from a central authority, its volatility and lack of regulation through governments offers investors neither legal protection, nor protection against scams despite that cryptocurrency fraud is an issue in Africa. Cryptocurrency start-ups in Africa should inform their business models by these weaknesses and African governments should work on policies, which prevent new dependencies from being created so that crypto-colonialism can be avoided.

Whether you are an investor or an entrepreneur, if you are interested in the field of cryptocurrencies, our team will gladly provide you with support! We employ legal experts with knowledge across various African jurisdictions and have experience with providing support on topics such as labour and immigration, tax and customs, contracts and negotiations, corporate governance and compliance as well as data protection. Next to our knowledge of the African market, we are also active in Germany and open to support your ambitions across other geographic locations. Contact us to find out more!