The World’s Aging Population on the Way to 2050: What Can Nursing Care and Elderly Care Start-ups Contribute? 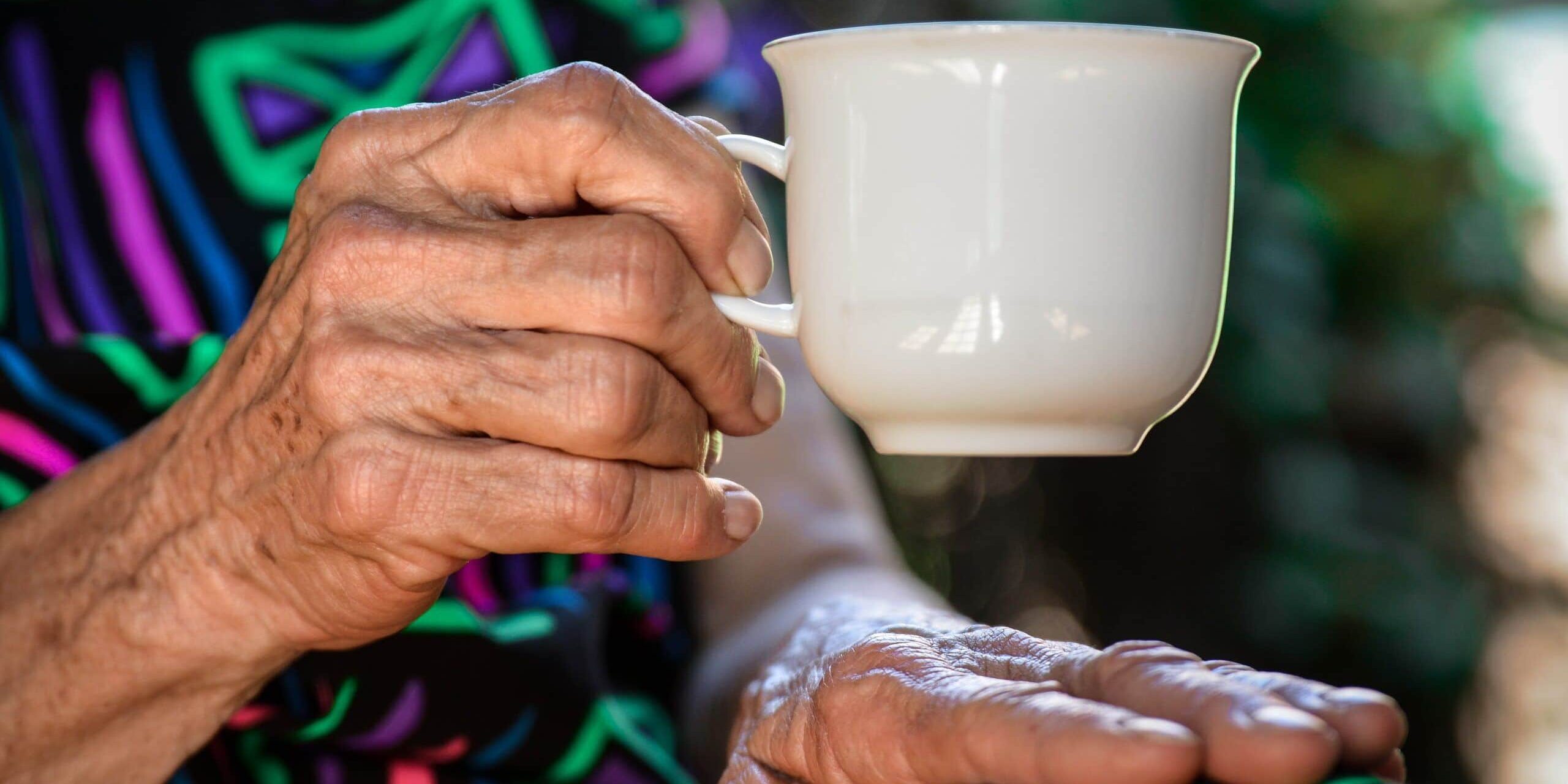 According to the World Bank,9,318% of the world’s population were aged 65 and above in 2019. Meanwhile the Aging Readiness and Competitiveness (ARC) Initiative estimates that the latter accounted for roughly 23% of Germany’s population in 2020, thus 19,15 million people. Both of the latter show that aging certainly is a global phenomena. In 2019, Sub-Saharan Africa was home to 31,9 million elderly people and Northern and Western Asia hosted another 29,4 million. Whereas Eastern and South-Eastern Asia (260,6 million), Europe (200,4 million) and Central and Southern Asia (119 million) were home to a much larger aging population than Africa, it is estimated that until 2050 Sub-Saharan Africa’s aging population will grow by 218% and Northern Africa and Western Asia’s aging population by 226%. With estimates from other regions expected to rise dramatically as well, it might become increasingly important to discuss care at the current moment. If we seek to accommodate adequate support for 1548,9 million elderly people worldwide in 2050, probably one question we should ask is, what the 4,8 billion population aged between 24-64 in 2050 can do now – some of which has not even been born…

Who is Responsible for Providing Elderly Care?

There is no consensus across different societies, when it comes to answering the question – who is responsible for providing elderly care? Among others, cultural and personal aspects might play a role in making such a decision, which somewhat illustrates that this question could be answered with a view for potential moral obligations or the wish to express love by providing care, but also with regard to very practical matters (i.e. geographic location, financial matters, overall level of commitments, psychological condition). As Montgomery, E. Borgatta and M. Borgatta explain, the life expectancy of individuals in ‘modern industrialized nations’ has increased to a significant amount. Especially, because “more old persons survive to a point of needing care”, societies across the globe are confronted with their admittingly varying needs. A 68-year-old physically disabled person might need different support than an 80-year-old person struggling with dementia. Moreover, support for the elderly can be short-and/or long-term. Whether or not grown-up children are able to provide elderly care – in some countries doing so is more common than in others.

Whereas in Germany 53% of persons in need of long-term care lived in a care home or were supported by a home care service in 2014, 47%were exclusively supported by family members. While the latter appears almost equal, the number of care homes has grown by 35% from 1999 to 2015 as the World Health Organization emphasizes. Notably, the market share of private providers increased at a similar rate, which might indicate that start-ups with sufficient support could certainly deliver value and innovation to old age and residential care in Germany. The latter does not only count for establishing new and more comprehensive (i.e. encompassing adequate psychological care) care services, but also for providing better conditions for employment (i.e. beyond part-time labour) in elderly care, for ensuring sufficient staffing levels, training of employees (i.e. with regard to alternative healing methods, massage, ergotherapy etc.) and volunteers etc. As Pharr et. al. state, the “link between the stress of caregiving and poor physical/mental health outcomes” is somewhat concerning. As such, the latter improvements serve to support the health of both caretakers and care-receivers.

Different than in Germany, so Cohen and Menken claimed in 2006, “throughout most of the developing world, providing support for older people is still primarily a family responsibility”. In Sub-Saharan Africa, so the authors continue, the household, the family, kinship networks and mutual aid societies traditionally have been the main sources of support. However, there are regional exceptions and there currently is a high demand for affordable residential facilities in South Africa. As Business Wire emphasizes, South Africa’s population is growing. Whereas its elderly need affordable care options, they are struggling to access healthcare, social support and other basic services. Especially, because a lot of care providers are dealing with funding issues, there is still a lot of room for innovation. Start-ups with an interest in this field could think about both inventive ways to raise sustainable investments for organizations which provide care and ways to reform traditional family relations in a culturally acceptable way (including financially).

In order to come up with concrete ideas it might be necessary to also understand what Africans would want care to look like provided that everything was possible. According to Manderson, Harling and Witham, rural communities in South Africa oftentimes expect kinswoman – and normally women – to provide care. Due to financial gaps, among others, one third of elderly people with a need for care services are in fact supported by no one – NGOs and the government also fail to tackle the issue of elderly care, whereby women are disproportionately affected. So…why not imagine an innovative elderly care investment platform, a cross-continent mate programme, multinational companies volunteering to set up initiatives to benefit this population if they are already expanding in Africa? Let’s find out what start-ups could contribute!

Inspiration From and For Elderly Care Start-Ups: Kenbi and Participatory Care

Elderly care start-ups certainly sound a bit like a niche – and they are…but it is never too late to change our own values and the status quo, right? Especially, because elderly care systems in both Africa and Germany are not effectively working and because the COVID-19 pandemic has raised awareness about the necessity to support all members of society equally, investing into elderly care means investing into a more just and equitable future. To get inspired – let’s learn from Kenbi, a German nursing service start-up, which received €23.5 million in December 2021 to scale up and expand its care services based on the increased need for the latter.

First and foremost, Kenbi has done its research! As EU Start-ups emphasizes, “Kenbi employs a largely decentralized network of over 300 caregiver professionals, empowering agile teams through a modular app stack and efficient access to services and products”. Kenbi does not only have a view for scalability and the health of its clients, but also for the well-being and happiness of its employees. As the start-up states on its own website, nursing staff have to be the first priority – only based on a happy team, it can be made use of individual strengths. “Open communication, a collaborative team spirit and sincerity” do not only enable a constructive working ethic and the potential to grow, but will also spill over in the act of caretaking itself – which is quite interesting, because innovation in nursing care has long been sacrificed due to time concerns…

Kenbi also offers a new solution in this regard. Going ‘digital’ in the care business indeed is something new. When elderly people were helped by volunteers to do grocery shopping during the COVID-19 crisis – probably, this whole trend started. And it also benefits employees…As an article in the webportal Gründerszene emphasizes, Kenbi tries to minimize bureaucratic hurdles and make the profession of the caretaker more attractive again. Whereas Kenbi’s services are generally covered by public health insurances in Germany, the start-up would also like to add video calls with doctors to its services – should insurances jump in. Otherwise, the start-up might work on other solutions with regard to payment and coverage. Whereas Kenbi’s business solution thus thrives on both local and digital ties, it is yet questionable whether a similar service would benefit Africa unless it would remain affordable…

In addition, scaling up and entering African markets might have to be tied with the question  whether a start-up offers a participatory approach of nursing care. Especially because successful models for eldercare in Sub-Saharan Africa were argued to have to involve family members in planning, interactive tools, which elderly people can use to communicate with both doctors, family members and nursing staff via an app to observe progress together, might be beneficial. In addition, services – especially for financial reasons, should not involve long-term commitments. Making care available even for a shorter period of time to the most disadvantaged communities can have a bigger impact than a comprehensive, long-term package, which remains out of reach. Whereas these are just some ideas, it will be great to see this sector developing.

Whether you are an investor or an entrepreneur – if you are interested in making a contribution to Africa’s or/and Germany’s (elderly) care systems, then you are more than invited to contact us! We employ legal experts with knowledge across various African jurisdictions and have experience with giving advice on topics such as labour and immigration, tax and customs, contracts and negotiations, corporate governance and compliance as well as data protection, which means as much as we are competent in assisting you and your business effectively. Contact us today to find out more and collaborate.