You are here:
African LawEU LawKnow How 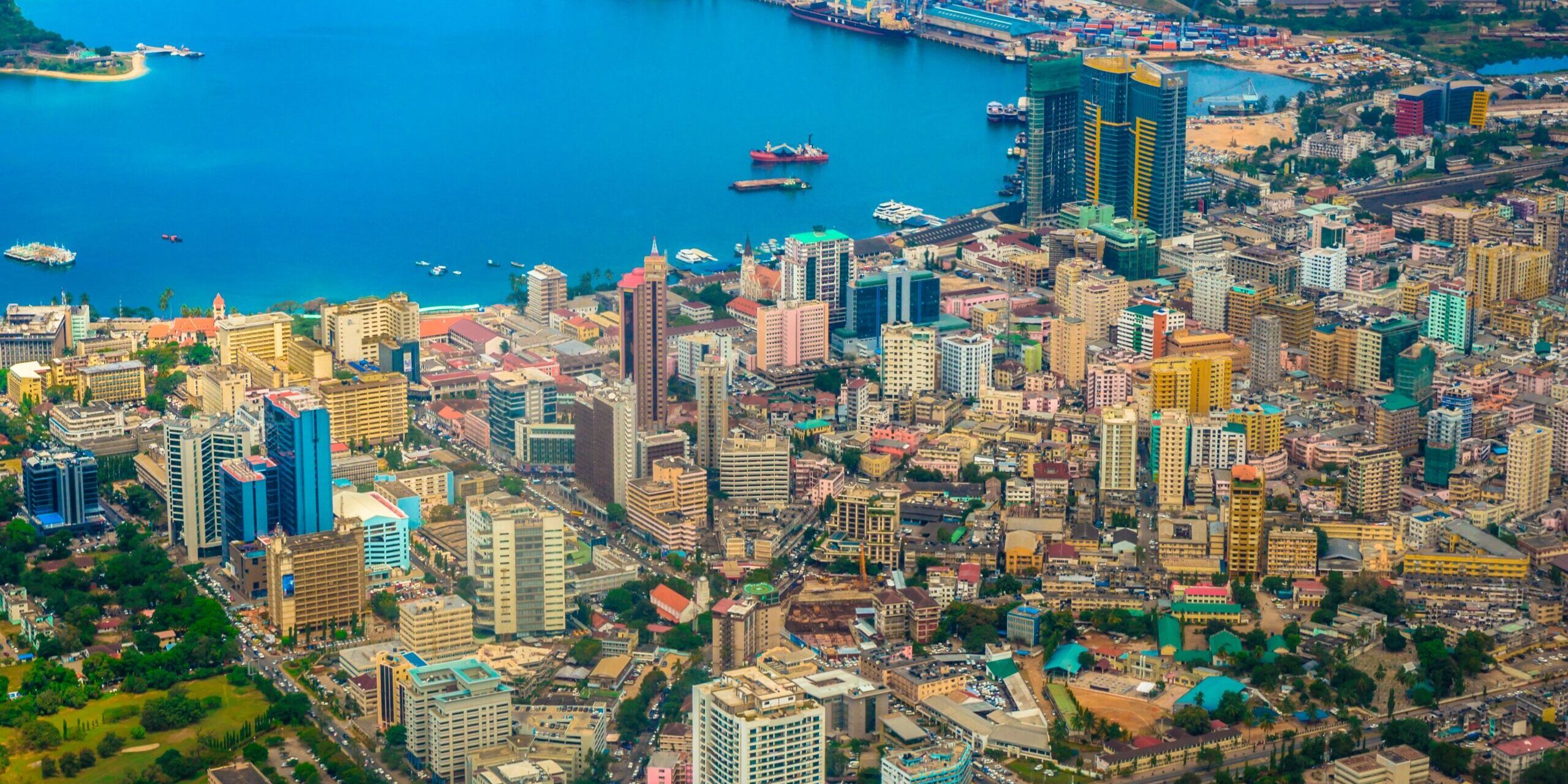 Despite that African countries formally achieved independence from European colonial powers between – roughly 1910 and 1980, the economic dominance of the Global North during the second half of the 20th century and its continuation of “direct and indirect colonialism and imperialism”, which translates among others as economic ‘exploitation’ of countries in the Global South, are still relevant topics of debate today. As commentators illustrate in a 2021 article on Aljazeera, every year “the global North drains from the South commodities worth $2.2 trillion […] in Northern prices”. Next to this, alleged ‘Western-dominated’ institutions such as the International Monetary Fund (IMF) are frequently criticized for their policies, which have for instance been highlighted for their contribution to intensifying poverty in Sudan. Starting from the still somewhat dichotomous, bipolar narrative of the impact of globalization on the Global North and the Global South, this article will pinpoint how investing into the African fintech sector might correlate with promoting regional integration and African economic independence.

As Abdessalam Jaldi pinpoints, the “AfCFTA is the culmination of an ambitious project announced in the 1980 Lagos Plan of Action, to enhance Africa’s economic self-reliance and reduce its dependence on trade and aid from overseas”. The Lagos Plan of Action (LPA), adopted in Nigeria on 28-29 April 1980 during an assembly, which brought together Heads of State and Government of the Organisation of African Unity (OAU, now the African Union – AU) aimed to already promote Africa’s economic self-sufficiency as early as in 2000. In a nutshell, the LPA expressed the sentiment that an economic order, wherein Africa’s role is to solely provide raw materials as the continent relies on food imports and imports of other finalized products, did not rightfully reflect Africa’s three decades of independence. Rather than understanding independence solely in politico-legal terms, the LPA emphasized its politico-economic dimension.

Whereas at the time that the LPA was adopted, an awareness about the failures of Nigeria’s banking system was already present (i.e. with regard to corruption and loan giving based on bribes rather than the ability to pay back), the LPA foresaw to ‘delink’ African countries from the ‘West’ to reverse Africa’s weak economic performance and reject a neo-colonialist world order, wherein countries in the Global North had an advantage over Africa and other countries in the Global South, especially with regard to trade, finance and technology. According to Abdessalam Jaldi, the ethos of the LPA’s ‘delinking strategy’ was also reflected in the 1991 Abuja Treaty of the OUA, which emphasized the aim to achieve regional integration by 2028. In other words, the adoption of the AfCFTA on 21st March 2018 is the result of a range of historical and political developments.

As Abdessalam Jaldi explains, the AfCFTA agreement was signed at the African Union Summit in Kigali in 2018 by “54 of the 55 AU member’s states, and ratified by the start of 2021 by 341, including major economies such as Morocco, Egypt, South Africa and Nigeria”. Having become effective in May 2020 with trading having begun on 1st January 2021, as Nairametrics revealed, two years have already passed since the adoption of the AfCFTA, whose aim is both to foster “trade liberalization and economic integration in line with the Pan African Vision (Agenda 2063) of an integrated, prosperous and peaceful Africa”. According to Fofack and Mold, trade integration has traditionally been regarded as enabling that countries specialize and become experts with regard to “the production of goods and services for which they have a comparative”. However, more up-to-date comparative advantage models better capture the traits of global value chains (GVCs) and their interplay with economic integration with developing countries being highlighted to witness potential economic opportunities with regard to transport and communication technologies.

Whereas transport and communication technologies are surely one domain, which might be of interest for developing countries, another domain certainly is fintech. As Carlos Mureithi, Quartz Africa’s East Africa correspondent, argues, fintech could play a central role in promoting the success of the AfCFTA further, or even constitute the necessary innovation to make the AfCFTA successful after all. According to Mureithi, fintech could first and foremost “facilitate payments and formalize some of the unrecorded [informal] trade” in Africa as already mirrored through the Pan-African Payments and Settlement System (PAPSS), which enables continent-wide, real-time payment transactions in local currencies. Following the arguments of Ayileka and Fagbolade, fintechs could thrive under AfCFTA, if “existing regulations were harmonized amongst member states”.

Enabling payments thus is not enough. In order for fintech start-ups to contribute the necessary innovation, a beneficial infrastructure for start-ups must be created. For this purpose, Ayileka and Fagbolade suggest unifying all African banks under one payment system. Whether the researchers refer to a payment system, which would be part of the AfCFTA and what the authors think about the PAPSS is not revealed, but their recommendations generally show a potential need for effective regulation. Indeed, Ayileka and Fagbolade adopt a wide definition of ‘regulators’, which includes sandboxes, innovation hubs, incubators etc., but they also emphasize the need for industry-specific policies and legislation. One particularly innovative suggestion is the establishment of an African fintech task force.

Based on the arguments of the latter authors, investing into Africa’s fintech sector can also coincide with promoting regional integration and, consequently, with promoting African independence in economic terms. Additionally, probably also in terms of accumulating potential, new comparative advantages. When in the past, comparative advantages were regarded as rather ‘static’ (i.e. unless natural resources were exhausted), new models hint that comparative advantages change over time. Should Africa step on the (fin-)tech train, it might as well develop expertise which will over time provide innovation to other regions. As Ayileka and Fagbolade explain in their 2021 article ‘Regulating Africa’s Fintech Space: Promoting Innovation or Stifling Growth’, fintech is one of the cornerstones of Africa’s economy and will become even more important in the upcoming years.

Until 2025, it is estimated that fintech will contribute US$180 billion to Africa’s GDP, but even at the current moment – fintech is an area which has contributed to economic growth in Sub-Saharan Africa. Only in Q1 2021, South African fintech start-ups raised $130 million worth of investments with the number of investment deals having steadily increased since 2015 with a peak in Q3 of 2020 during the beginning of the COVID-19 crisis. Thereby, most fintech start-ups were located in South Africa (154), Nigeria (144), Kenya (93), Egypt (39), Ghana (38) and Uganda (24) in H1 of 2021. As TechCrunch writes, the “payment space begins to see scale-ups” and the fintech ecosystem is witnessing increased maturity. Especially, because the EU External Investment Plan seeks to support 48 African countries as part of Africa-EU Partnership, it might also be interesting speculating about the contribution of this initiative on African fintech.

Notably, the EU External Investment Plan will provide support for projects with “benefits for individuals, communities and small businesses” as well as projects, which are projected to deliver a financial return for investors. Thereby, the European Fund for Sustainable Development (EFSD) will guarantee investments into projects in the domain of digitalisation amounting to up to €40 million with total investments of up to €200 million being expected. While ‘digitalisation’ is a broad field, the aim of investing in this area is “to address some of the root causes of migration by creating jobs” and make a positive contribution towards climate and environmental protection. With tech being able to solve some of these or underlying challenges, the Dutch Entrepreneurial Development Bank FMO has expressed that it will invest in both fintech, agritech and off-grid energy. Aiming to cooperate with EU organizations and institutions to promote development in the fintech sector in Africa might certainly be one way to both claim justice over the historical issue of ‘exploitation’ and manifest Africa as a pioneer on the fintech frontier.

When taking up any projects, it will be important to keep emphasizing the importance of local expertise and content creation. Lastly, gaining a comparative advantage might require being open to some support from different countries. The latter does not stand in the way of African independence, but can lead to promoting it, if Africans insist on doing business their way to optimally cater towards local populations. Indeed, there is much room for promoting innovation in Africa’s fintech sector considering the continent’s huge unbanked population. Especially, when cooperating with stakeholders from countries outside Africa, African entrepreneurs might want to be smart – mobile payments is one huge area, but how about fintechs finding solutions on how to make the most out of funding? Africa’s fintech sector has huge potential, so it might as well aim to multiply its success and economic freedom.

If you are a start-up, a founder or an investor with an interest in fintech, then feel very invited to contact us with your business ideas and requests for support on the legal side. We employ legal experts with knowledge across various African jurisdictions and have long-standing experience with giving advice on topics such as labour and immigration, tax and customs, contracts and negotiations, corporate governance and compliance as well as data protection. Next to our African offices, we have an office in Germany since 2020. That is to prove, we have an international mind…You too? Then contact us today to collaborate!