You are here:
African LawCareerNewsUncategorized 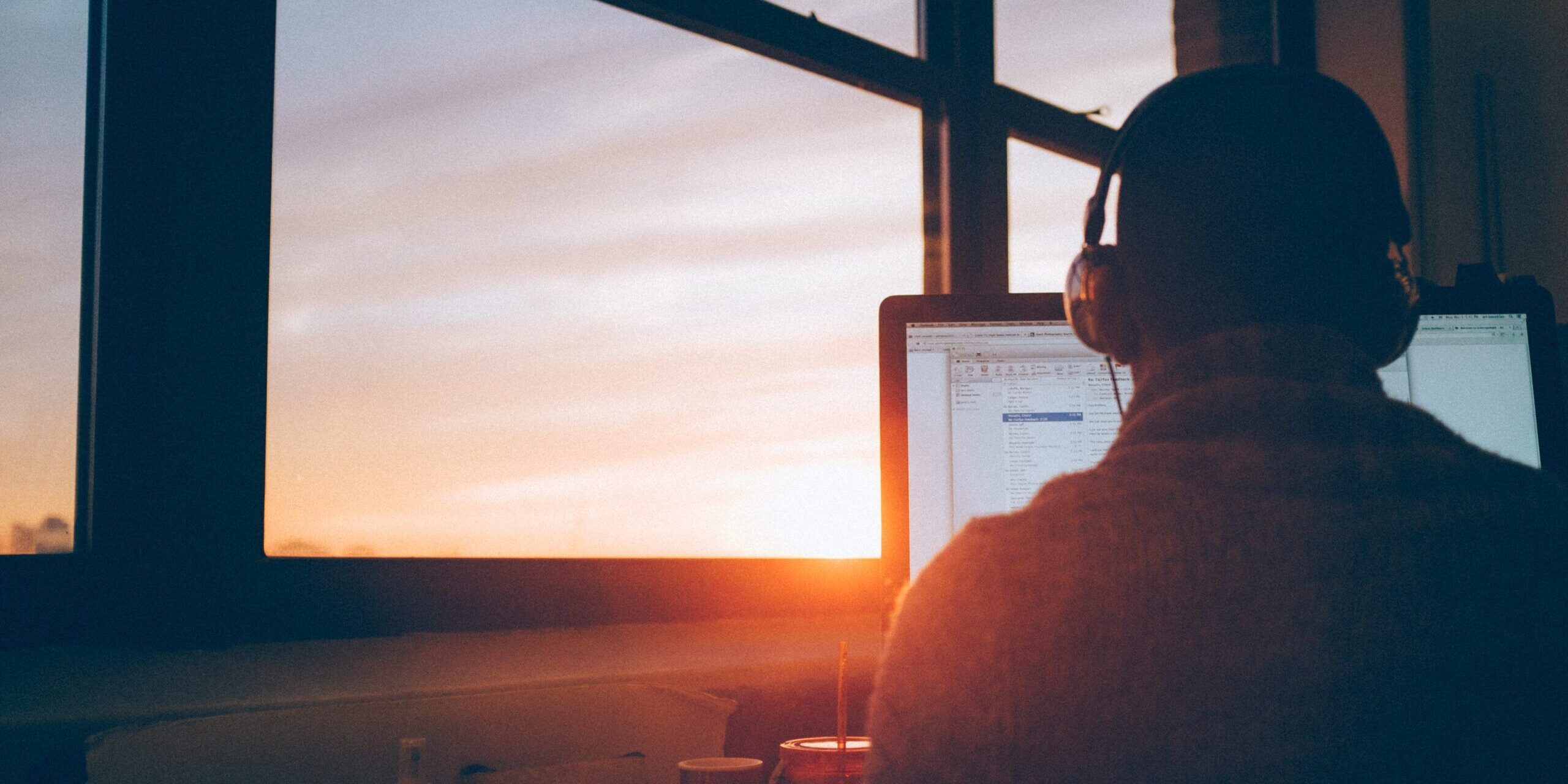 Are you curious about working from, starting up or scaling up your business in South Africa? Then this article might be for you! Especially because the South African Government has currently been reviewing its work visa system as Business Insider South Africa has revealed, it is time to critically investigate what South Africa has to offer and where its restrictions might lie. This article will provide a background about recent discussions in South Africa concerning the proposed new start-up and remote working visas as well as the draft immigration law, which contains employment quotas for foreign nationals.

Promoting Business Exchange and Local Development: Controversial or not?

As was revealed by Business Tech, South Africa has both been considering adopting a remote work visa and a start-up visa. Whereas such adoptions might constitute important steps, for instance because obtaining a business visa might come with more hurdles, critics have voiced that a remote working visa “could lead to foreigners taking SA jobs”. While the latter is an argument, which has been made in different countries around the globe as global migration and mobility increased, this has in fact not hold true in other countries. In Germany, for instance, start-ups – run by migrants – “creat[ed] 2,3 million jobs” to date. The latter point is also affirmed by research, which has found that immigrants in the U.S. start up more businesses than non-migrants as an article in the Forbes sums up.

In other words, it seems comparatively unlikely that an entrepreneurship visa would lead to less benefits for South Africa, which has been facing struggles with unemployment for a while.  As Cyril Ramaphosa pledged quite recently in his 2022 State of the Nation Address – it is the Government’s “intent…to leave no one behind”. Especially because South Africa has been found to have one of the highest unemployment rates in the world, it might actually be beneficial to stimulate business creation, remote work options for South Africans and investment. As an article on Al Jazeera emphasizes, South Africa’s economy faces “‘deep’ and ‘structural’” problems. Not only has the COVID-19 pandemic led to losing more than 1 million jobs, but also do lacks of foreign investment combined with multiple aspects such as electricity shortages, austerity measures and poor domestic policies reemphasize the need for positive changes.

As the World Bank suggested in a publication from October 2021, it might indeed be beneficial if South Africa were to work on a number of different interventions – among these, “a redirection of policies to support job creation and entrepreneurship”, but also job recovery, temporary support programmes and changes with regard to government financing. Next to the latter, accelerating the digital transition in South Africa has been outlined to be a great chance to take over the role of regional leadership, for instance with regard to skills training. In other words, as different countries across the globe analyze entrepreneurship in a new light and under new conditions for global mobility, South Africa should indeed try to keep up the pace and jump on board. This especially holds true, because attracting remote workers and entrepreneurs from different countries could also lead to enhancing the economic cooperation with SMEs and governments in other countries. Trade starts, when we ask our neighbour for a pinch of salt – the lesson is to slowly build up stable connections and grow prospects for international cooperation with a benefit for also strengthening the African Continental Free Trade Area (AfCFTA).

The latter argument also is to say – attracting remote workers and entrepreneurs can be the first step towards raising interest in making a contribution towards local rights and infrastructure. If South Africa wants to attract foreign (direct) investment, it needs to start by letting others experience its culture and understand its most recent challenges. South Africa’s informal economy is huge. And while it is a cornerstone for South Africa’s poor population, an increase in jobs created in the formal sector through migrant start-ups could create new, alternative opportunities – including over a longer time period. Recently it was emphasized that both South Africa, Nigeria and Kenya were among the Top 5 African countries with the most developed start-up ecosystems to date. Accelerators and incubators in South Africa received financial support from corporates, its private sector delivers support for the industry and the government has also been supporting start-ups as Startup Universal argues. However, as research from 2017 shows, it can be difficult to access finance as a migrant founder from another African country in South Africa.

This fact underlines that the efforts of the South African Government to make business more accessible are important. At the same time, the South African Government has also made it clear that it will be stricter with regard to immigration laws giving a voice to critics by stating that some jobs will in the future be only available for South African citizens. More concretely, as was announced earlier this month in the news, this goal will be attempted to be reached through employment quotas for foreigners. Whereas the law will be open to public opinion during three months, it currently foresees that foreign nationals who want to work in South Africa will have to be authorized to do so under the visa rules of the Immigration Act. More precisely this includes that foreigners cannot open small businesses in particular areas with quotas applying to sectors such as agriculture, tourism and construction. Similar to foreigners, employers also will have to take obligations seriously. In a nutshell, they need to make sure that there are no South African applicants available with a suited skill set before hiring a foreign worker for a particular position.

Whereas proposed policy changes might appear somewhat contradictory – at the very least when examined in terms of openness to engage in trade and business, it is out of question that it needs to be worked on accessible employment and fair working conditions and wages in South Africa. However, recent protests against migrant workers also show a worrying tendency – namely that of spurring hatred against another particularly vulnerable group, which is not responsible for the inefficiency of employment laws in South Africa and the lack of more proactive policies. As an article on Africa News emphasizes, one of the protesters during the ‘Operation Dudula’ protest uttered that “[t]he law enforcement is failing [them]” showing no empathy with migrant workers. Whether or not proposed policies are themselves xenophobic or not is up for debate. Certainly empowering local communities should be a goal enshrined in the law – but protecting migrants and growing a diverse business community should also be possible at the same time.

Lastly, if South Africa only wants to attract larger SMEs rather than small businesses in particular industries, this could limit networking opportunities. Good ideas and business spirit does not necessarily start at an established level. This is to say – even if South Africa’s Government wants to move South African workers out of the informal economy, which probably is a very relevant step in the mid-and long-term, it is not guaranteed that it will work through a restrictive, non-inclusive immigration policy. Whereas the latter arguments count for new employment rules and setting up small businesses in particular areas in South Africa, it is however good that the government wants to make it possible to start up a business with more ease than with the current Business Visa, which requires a comparatively huge start-up cost for migrant entrepreneurs from (other African) low income countries for instance.

In addition, attracting digital nomads might also lead to enhancing networking efforts between locals and foreign nationals and companies. If accelerators and incubators would organize networking events, which address this new opportunity – this could certainly lead to creating more dynamic in the South African business scene and in tourism and hospitality. Business exchange and local development are not controversial. However, the question is how it can be ensured that policies, both with regard to business law and immigration, can promote the inclusion of different groups while putting an emphasis on local development. If you have a particular opinion on this topic, let us know on our LinkedIn website!

If you are an entrepreneur or a start-up in Germany, the EU or another African country with an interest in starting up or scaling up in South Africa, then our team is ready to support you! Especially because the legal situation concerning immigration and starting up a business might change during the course of this year, we will stay updated for you so that you do not have to worry! We employ legal experts with knowledge across various African jurisdictions and have long-standing experience with giving advice on topics such as labour and immigration, tax and customs, contracts and negotiations, corporate governance and compliance as well as data protection. Next to our African offices, we have an office in Germany since 2020. Be invited to contact us for an initial consultation today!