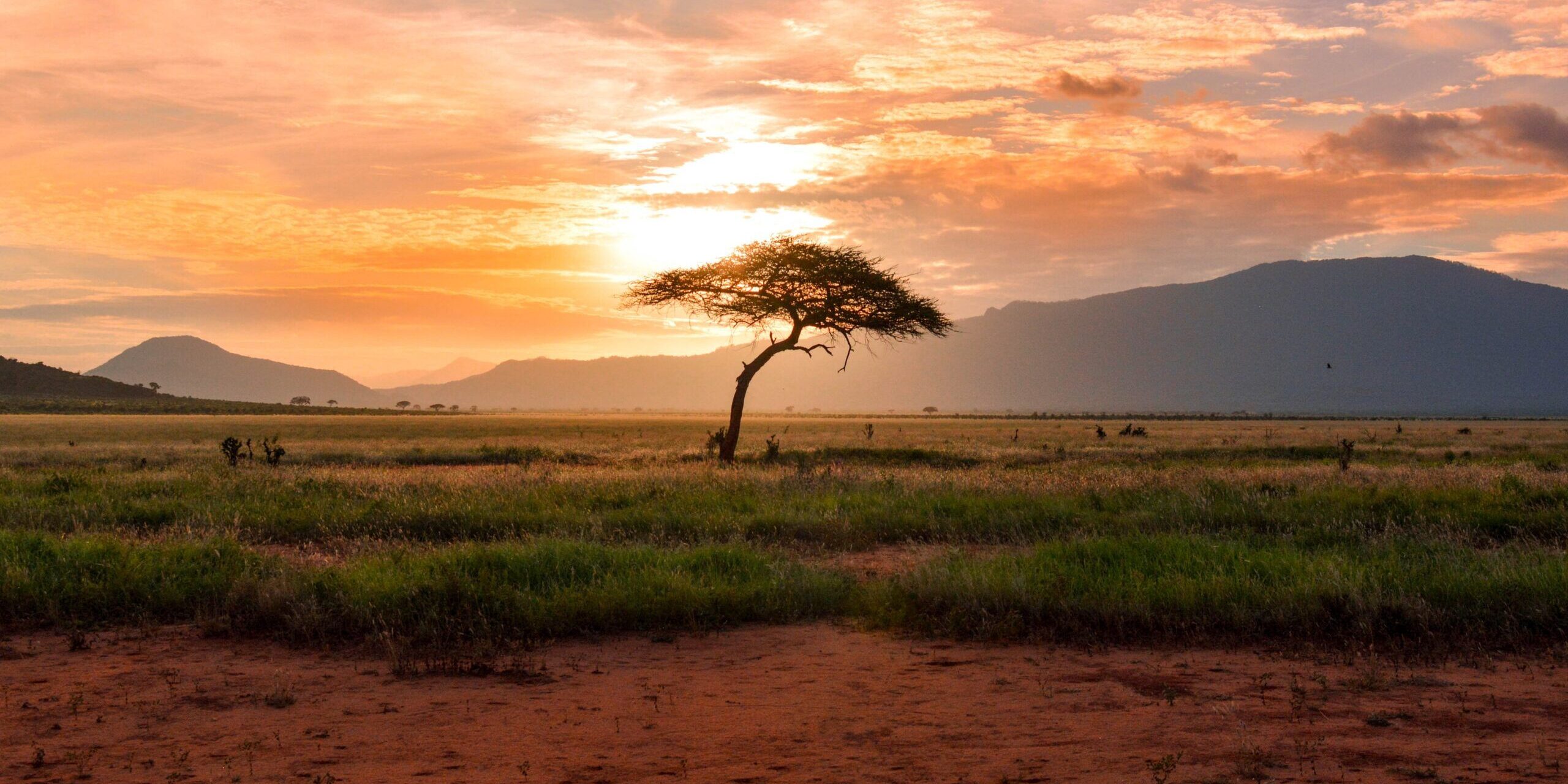 As Medici Global pinpoints, “Environmental, Social, and Governance (ESG) refers to a set of standards perused by socially aware investors to screen potential investments in sustainability initiatives” and – as highlighted by Chueca Vergara and Ferruz Agudo in an article from 2021, even if technology is not directly “associated with environmental goals”, the narrative around fintech, including at G20 level, suggests that financial technology is part of ‘sustainable digital finance’, with the UN having tried to understand how fintech and sustainable development interplay at least since 2016. Among other researchers, Machiavello and Siri, two experts in business law and markets regulation at the University of Genoa, have analyzed this intersection in more detail arguing that while fintech is estimated to be able to make up for “some shortcomings in the current sustainable finance framework”, this may only be the case as long as some critical issues are addressed. Announcing some of the most recent news on the fintech-sustainable development nexus, this article will provide a few anecdotes from research in this field and beyond.

GoTo, Mastercard and Finaro Partner Up to Make Fintech Sustainable

On 20th January, the Fintech Magazine announced that GoTo Global, Mastercard and Finaro have recently agreed to collaborate “to promote new ESG initiatives in fintech by planting one million trees by 2025”. As explained in a video published by the Straits Times on YouTube, planting one million trees might concretely result in lowering surface temperatures by 6°C and, as revealed in a blog article by Tentree’s ‘Environmentor’, one million trees equal “20,000 acres of forest […,] oxygen for 2 million people […, a] vital habitat for animals […,] healthy food for communities […,] a more stable climate […,] a cooler planet, […, and] 1087 carbon neutral people”. As such, the new initiative certainly is of great value – and it has been said that until 2030, one billion hectares of trees still need to be planted in order to limit the global temperature increase to 1.5°C. But, how sustainable are these businesses themselves? Let’s have a look at Mastercard!

In January 2021, Mastercard also pledged net zero emissions. As a press release states, Mastercard’s commitment “to reach net zero emissions by 2050” will come along with both the decarbonization of its operations as well as its supply chains. Thereby, Mastercard orients itself at GHG goals, which were to be approved by the Science Based Targets initiative (SBTi) in 2021. As a recent article by Tom Swallow on Sustainability Magazine reveals, based on Mastercard’s commitment to the SBTi, it can be expected that a 38% reduction of GHG emissions will be achieved by 2025. Whereas this reduction includes Scope 1 and 2, Scope 3 will thereafter coincide with another reduction of 20% – and, Mastercard is not alone. Currently, 2,425 businesses are committed to the SBTi, whereby 1,210 commitments to 1.5°C were made and 1,143 companies set goals based on science-based targets.

Beyond committing to the SBTi and working on making its operations sustainable (i.e. “expanded use of solar power in [its] data centers”, LEED certification) Mastercard has been working towards supporting companies in its supply chain with the reduction of GHG emissions, deploying “sustainably-sourced credit card materials” and reviewing its strategy with regard to carbon removal (i.e. seeking for investment opportunities to accelerate the latter including into “technologies and services that reduce carbon impact while supporting broader local economic and social development goals”). Finally, Mastercard also has an interest in promoting collective climate action alongside civil society, other businesses and institutions. Similar to its most recent project with GoTo and Finaro, Mastercard has entered a partnership with the Priceless Planet Coalition,  which works towards planting trees in the Amazon in Brazil, in Makueni County in the South of Kenya and in Southern Tablelands/Riverina, Western Sydney and Victoria in Australia. Next to this project, Mastercard also partners with Doconomy since a few years.

Doconomy, which was founded in 2018 in Stockholm by Johan Pihl and Mathias Wikstrom refers to itself as an “impact-tech start up investing in new measures to help tackle climate change”. For Mastercard Doconomy has built a mobile app, which allows customers to “calculat[e] the carbon footprint of their credit card payments”. More concretely, this works through Mastercard’s and Doconomy’s DO card, “which is powered by the Åland Index and Doconomy’s DO service”. Whereas the Åland Index makes it possible to track the carbon footprint of every purchase, the Do card enables donations to UNFCCC-certified climate projects. Especially, because the latter is a great initiative, it could be valuable exploring how Mastercard could integrate its own goal to make its operations and supply chains sustainable climate-neutral with this project. While contributions to UNFCCC-certified climate projects certainly are valuable and relevant, huge companies such as Mastercard should arguably promote the same innovation, which they support together with other high-level stakeholders, within their own supply chains. The latter is to say, fintechs need to find new inventive and effective ways of raising funding, because investments are crucial to promote carbon-neutrality at every level of operations and the supply chain.

What More Can Fintechs Contribute to Sustainable Development?

In the 2021 article ‘Sustainability, FinTech and Financial Inclusion’, Arner, Buckley, Zetzsche and Veidt argue that “financial technology (FinTech) is the key driver for financial inclusion, which in turn underlies sustainable balanced development”. Rather than regarding financial inclusion as one separate, missing SDG goal, the researchers identify financial inclusion as an “enabler”, as UNCDF refers to it. At its core, this title illustrates that one cannot care for another or a bigger goal, before one cares for themselves. Thus, in order to make sustainable choices, and as the researchers argue, long-term choices, financial risks must be kept low. But, what are we referring to – individuals, businesses? Indeed, both individuals and small and medium-sized enterprises (SMEs) need to make effective financial decisions. What would be interesting for fintechs in the future, could be how to especially support SMEs, who struggle with low and/or insufficient funding, with regard to making sustainable choices.

While one focus area of fintechs in Africa is mobile banking, which is very relevant due to its huge unbanked population, Africa also might need fintechs to consider the needs of SMEs. As stated in a Center for Strategic & International Studies (CSIS) Brief from 2021, 80% of jobs in Africa are provided by SMEs and Sub-Saharan Africa has 44 million SMEs and micro businesses. With approximately 576 of these businesses having been fintech start-ups in 2021, there is room left for innovation and mutual support among different African businesses. Whereas one may discuss what the specific needs of start-ups and SMEs in different African countries and locations are, one may speculate that beyond financial decision-making, businesses could need support with regard to networking. If fintechs were to explore new ways of networking to make it easier for other start-ups and SMEs to build up partnerships and find investors, it would for sure also benefit workers at individual level.

Whereas one could argue that crowdfunding already constitutes a solution to this issue, especially since Machiavello and Siri emphasize that it merges fintech and sustainable finance, crowdfunding is arguably just one solution to this issue and/or itself a domain with room for innovation. So far, there are multiple crowdfunding platforms for African (tech) start-ups such as the NaijaFund, the Women Fund and Afrikstart. Both in Africa and at the international level has equity crowdfunding become one option to consider when seeking for early-stage funding. However, while some research suggests that crowdfunding can benefit early stage start-ups, it has been criticized that the success of early stage start-ups on crowdfunding platforms is oftentimes misunderstood as their success within the platform at one point of time. As Chao, Serwaah, Baah-Peprah and Shneor highlight, there is a need for more research, which investigates how crowdfunding success affects the later performance of start-ups. With Mastercard’s and Doconomy’s Do Card still somewhat enabling crowdfunding, it would be interesting to see what other forms of crowdfunding could be developed to split up the goals of start-ups into smaller bits (i.e. GHG emissions reduction, becoming more sustainable etc.).

What do you think about Mastercard’s work, the new partnership, crowdfunding and alternative ways of connecting start-ups and SMEs with investors? If you are a fintech start-up with an idea on how to make finance more inclusive, we would love to support your mission! We employ legal experts with knowledge across various African jurisdictions and have long-standing experience with giving advice on topics such as labour and immigration, tax and customs, contracts and negotiations, corporate governance and compliance as well as data protection. Next to our African offices, we also have one office in Germany! We have an international mind…You too? Then contact us today to collaborate!