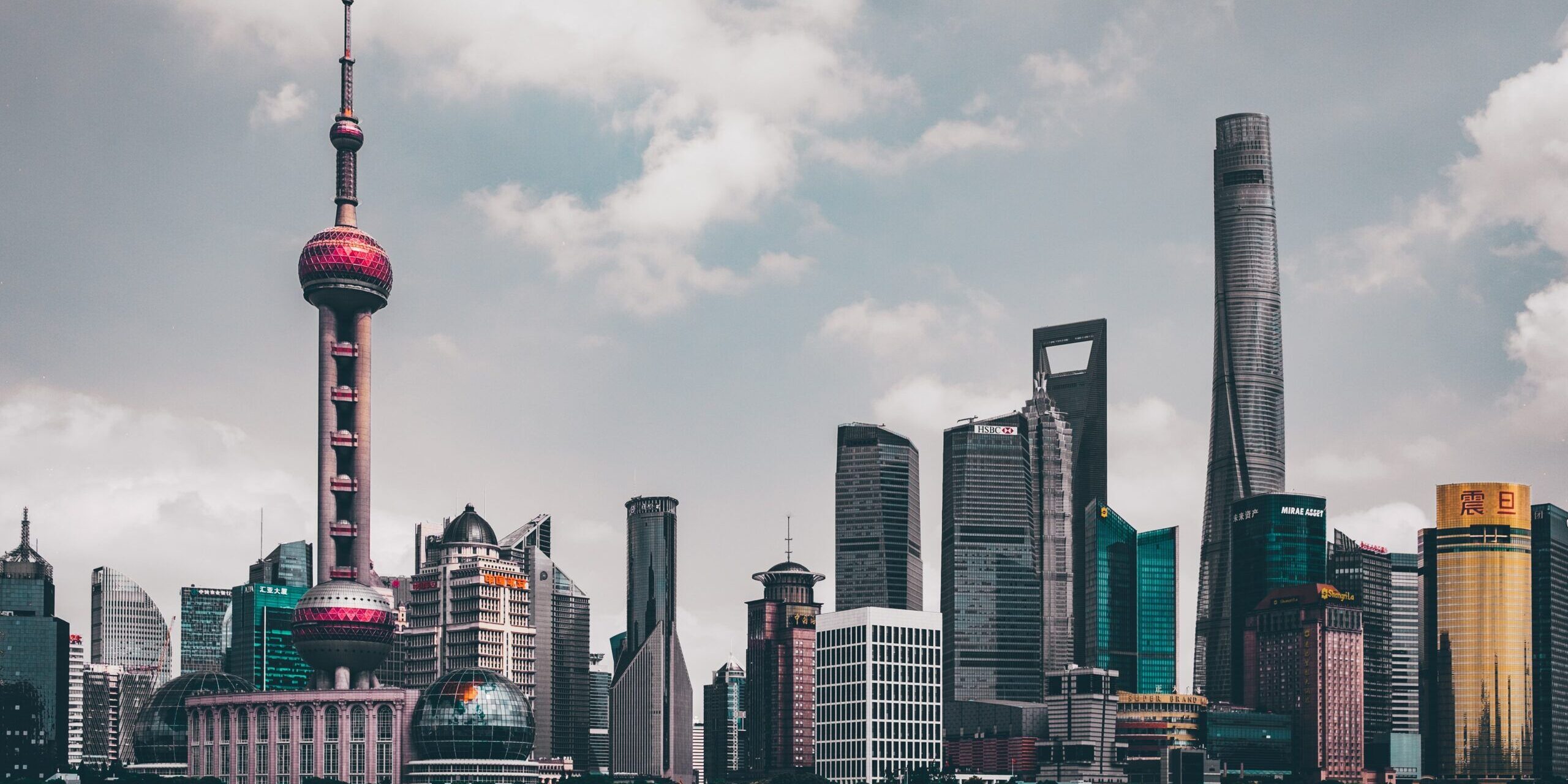 On January 5th, the People’s Bank of China (PBOC) published China’s FinTech Development Plan (2022-2025) laying out eight key tasks in relation with its overall aim to commit to working on ‘development principles’ related to the digital divide, fairness and inclusion as well as the transition to a green and low-carbon society. This announcement was not particularly surprising, especially because China’s President Xi Jinping has intensely been criticizing huge fintech businesses such as the Ant Group, which is a subsidiary of the Alibaba Group over the course of the past year. After an initial corruption scandal was cleared up, another potential corruption scandal arose in relation with the Ant Group towards the end of January. According to the Hong Kong Free Press (HKFP), speculations involved the accusation that the company had “[paid] off the brother of a former official in Hangzhou in exchange for favorable treatment”. This article will both provide a brief summary of China’s FinTech Development Plan and the overall state of fintech in China.

China’s FinTech Development Plan (2022-2025) is a comparatively short document aligned with China’s 14th Five-Year-Plan and China’s Vision 2035, which emphasizes the importance of accelerating the digital transformation in China and highlights the PRC’s goal to take “a leap forward [and increase] core competitiveness [with regard to financial innovation] by 2025”. More concretely, the plan involves the following eight key tasks:

Aiming for a good coordination of the latter key tasks and for attracting investments while focusing on innovating fintech at the domestic level, the Chinese government seems to intend applying its ‘dual circulation strategy’ (DCS) to fintech and financial services as well. As Qian Zhou from China Briefing explains, the DCS essentially captures the CCP’s desire to accelerate domestic demand and contribute to exportable innovation at the same time, aiming to achieve that domestic and foreign markets contribute to the most benefit of the country in terms of, for instance, economic growth. Nowhere, in China’s FinTech Development Plan, is it explicitly referred to aims such as increasing international cooperation. Instead, China hopes to set a trend through its own approach to fintech development, innovation and regulation.

Whereas the latter is not to say that China has not engaged in efforts to collaborate at international level towards promoting innovation in fintech – indeed it has, for instance with the UK – it is to say that China’s FinTech Development Plan does not highlight the importance of any of such future ambitions explicitly. Nevertheless, its efforts to, for instance, establish green data centres, coincide with the EU’s Climate Neutral Data Centre Pact, which shows that China has, similar to other regions, the aim in mind to be as up-to-date as possible with global standards. According to Qian Zhou from China Briefing, currently China is however still facing a variety of struggles to do with the digital divide, “unbalanced intra-regional financial development”, antitrust investigations and the “‘Matthew Effect’”, which describes “the phenomenon that the strong get stronger and the weak get weaker”. Especially, because the Ant Group has been the world’s leading fintech company, it might be curious to observe how other companies take hold in China’s largest fintech subsector – consumer finance. Similar to China Briefing, McKinsey & Company found that a few major players dominate China’s competitive fintech market.

Whereas China was already referred to as the “‘FinTech Capital of the World’” by journalists in 2016, there is no consensus among commentators why China would hold such a title. In the Top 10 of the 2021 Global FinTech Rankings, which were executed by using data from Findexable and powered by Mambu, China ranked 15th , which could among others be linked to the fact that “[t]he index scores each country [among others] for the quantity of privately owned fintech companies”. Whereas data from Tracxn reveals that China was home to 2,322 fintech companies by the end of December 2021, the amount of fintech start-ups in both the Americas (10,755) and the EMEA region (9,323) is far higher than the number of fintech start-ups in the APAC region (6,268) as November 2021 data, gathered by Statista, indicates. In addition, some of China’s fintech innovation has been criticized for being uninteresting for the US market or Europe.

More concretely, it is elaborated in the 2021 Global Fintech Rankings that China’s super app model might clash with the US and European attitude of brand loyalty. Super apps such as Tencent’s WeChat and Alibaba’s, respectively, Ant Group’s Alipay might certainly excite domestic customers, of whom some are turning ‘digital red packets into gold’, but might raise scepticism among European customers, who seek for quality apps which are quick and easy to use. As two commentators have argued on Sifted, due to the latter fact, European start-ups should stop trying to build a European version of WeChat. Yes, China set a trend which seeped through the EU’s fintech start-up scene – but a trend is only as good as customers respond to it…To sum up, there is some support for super apps in the EU, especially by fintech enthusiasts who seek to achieve big, but there is also a decent amount of scepticism.

One more interesting remark from the 2021 Global Fintech Rankings is that emerging markets might be more interested in fintech super apps than Europe or the US. Customers in emerging markets, who struggle with access to finance, might regard fintech super apps as a means to upgrade their livelihood strategies. In 2021, when the super app VodaPay was launched in South Africa, which constitutes one of the fastest-growing fintech markets in Africa next to Kenya and Nigeria, it promised to “be a game-changer”. However, while VodaPay has been “aggressively promoted” by Vodacom, as Business Tech revealed, it will yet have to be awaited what customers think of the app over time. In January 2022, Google Play listed at least quite some negative reviews, which included critique with regard to data bundles, bugs, customer service, updates, the operation of the app, its scope with regard to payments for certain necessities, biometric authentication etc.

The latter shows that super apps can also cause havoc, especially because their gaps of user-friendliness and their occasional shutdowns can keep customers from being able to cover basic needs (i.e. banking, notifying family members in emergencies, access to food amid a pandemic etc.). The latter paired with the fact that China has rather produced some fintech unicorns and super app giants than a broad mass of fintech companies, could certainly be viewed with criticism. As explained in a blog article of the Wharton School at the University of Pennsylvania, China’s “‘techno-nationalism’” includes “[to] protect[…] the domestic market […] always with a close eye on the IP of others”. Techno-nationalism is an ideology, which somewhat similar to China’s DCS, “‘links technological innovation and capabilities directly to a nation’s national security, economic prosperity and social stability’”.

As Yadong Luo, a researcher from the Miami Herbert Business School, argues in his 2021 article ‘Illusions of techno-nationalism’, techno-nationalism “intensifies de-globalization”, which coincides with sanctions against multinational companies as well as legal and regulatory restrictions serving to maintain in a new game for power. Unlike an earlier type of techno-nationalism, which focused on using technology to create a stronger sense of ‘national identity’, the most recent form of techno-nationalism ties technological innovation not only to national security, but also to geopolitical strategizing. The fact that legal and regulatory restrictions as well as sanctions might prevent Western companies from easily moving abroad and claiming potentially unfair benefits, as they did after World War II, illustrates that techno-nationalism is also about securing a country’s economic share of power in a globalized world order.

For the latter reason, so Yadong Luo emphasizes, techno-nationalism has gained some supporters. However, there arguably is a fine line between a techno-nationalism, which is also embedded in a ‘socialism with Chinese characteristics’, and a concern for how technology can eventually become an economic and geopolitical weapon. Whereas a certain level of concern might be adequate to keep domestic economies competitive and to support local companies in thriving, including on the international market, Yadong Luo illustrates that the weakness of both of the above streams of thought (i.e. China’s recent techno-nationalism and ‘technology as a weapon of power’) is their view of power as a zero-sum game, which circles around state actors. Despite that rules and regulations certainly constitute an important part of international business, the latter should not be hindered by national governments. Whether or not China’s FinTech Development Plan will lead to intensifying techno-nationalism, it does highlight that it will further promote “Xi Jinping’s thought on Socialism with Chinese Characteristics for a New Era”.

Whether you are an investor, a start-up or a founder. If you are interested in the domain of fintech, feel invited to reach out to us. We employ legal experts with knowledge across various African jurisdictions and have long-standing experience with giving advice on topics such as labour and immigration, tax and customs, contracts and negotiations, corporate governance and compliance as well as data protection. Next to our African offices, we also have two offices in Germany and are very keen on supporting German businesses! We have an international mind…You too? Then contact us today to collaborate!