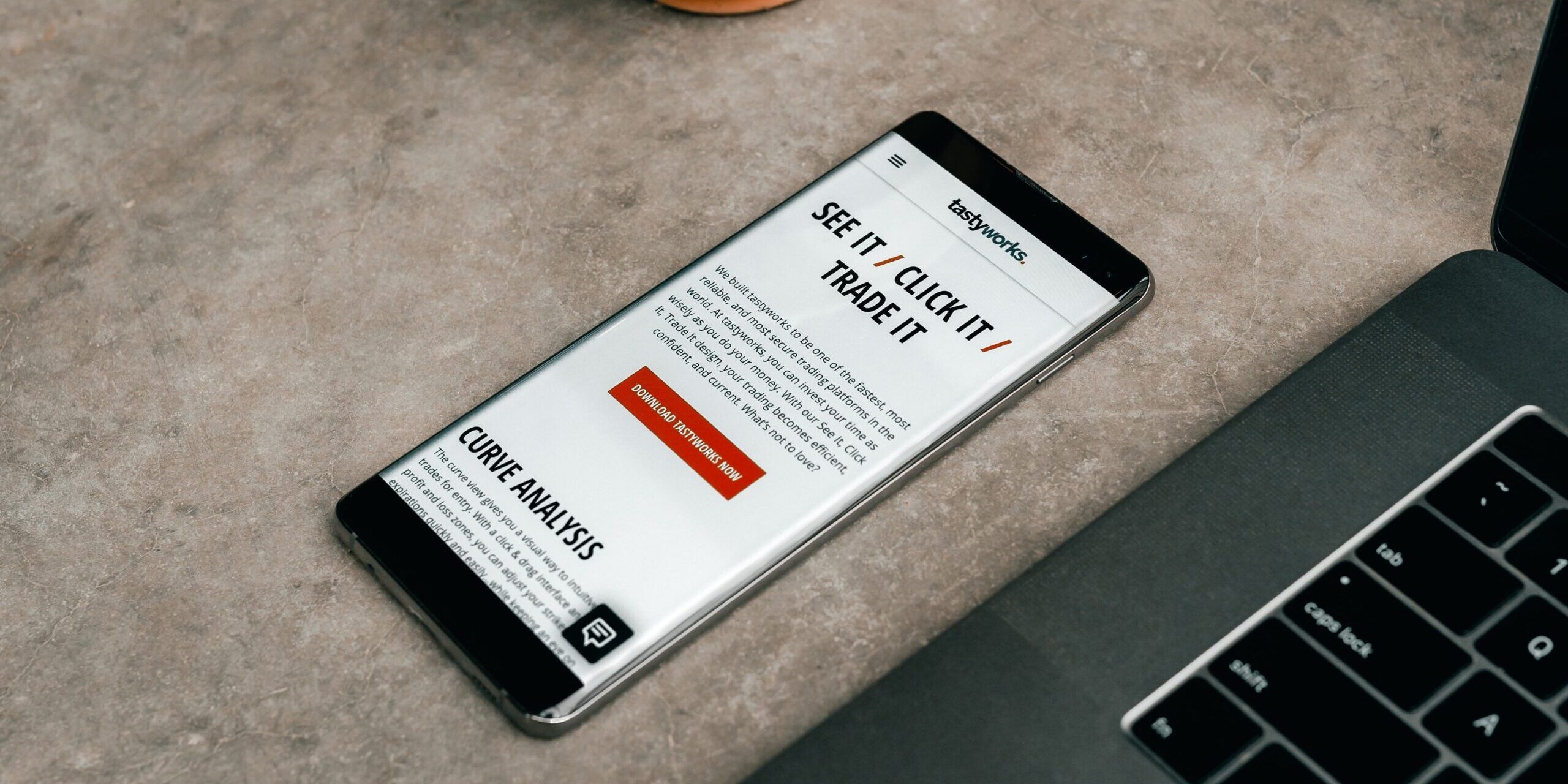 On November 24, 2021, the European Council reached, among others, a conclusion on markets in crypto-assets (MiCA) as part of their efforts related to the EU Digital Finance Package. As was pointed out by the Slovenian Presidency of the Council of the European Union 2021, the main aim of MiCA is “to provide a regulatory framework for the crypto‑assets market that supports innovation and harnesses the potential of crypto‑assets, while maintaining financial stability and ensuring investor protection”. This article will explore the MiCA Regulation by providing some background information, which is focused on the duties of issuers of asset-referenced tokens. Before that, it will provide a summary of arguments related to the need for effective regulation.

According to two researchers from the Warsaw University of Technology and the Frankfurt School Blockchain Center (FSBC), there indeed is a regulatory gap with regard to crypto-assets in the EU. As Ferreira and Sandner emphasize in an article from 2021, both with regard to legal certainty and investor protection, the EU is still lacking behind. But, it is not the only region, which is still adapting to a new financial market. In a blog article from December 2021, called “Global Crypto Regulation Should be Comprehensive, Consistent, and Coordinated”,  the International Monetary Fund (IMF) argued that there might be a need for a global framework to regulate crypto-assets, because otherwise – financial stability could be sacrificed and become ‘systemic’ in certain countries and capital flows could be destabilized due to lacking, effective and consistent regulation.

‘Cryptoization’ – that is the adoption of cryptocurrencies in place of traditional currencies, is indeed highlighted to be a destructive trend, especially in developing countries and emerging economies, at least if one were to believe the IMF. The reason for this argument is that the IMF believes that cryptoization will lead to “circumvent[ing] exchange and capital control restrictions [with] [i]ncreased trading of crypto assets in [emerging] economies [being projected to] lead to destabilizing capital flows”. Alongside their demand for a global regulation of crypto-assets, the IMF has advised emerging economies to “strengthen macroeconomic policies and consider the benefits of issuing central bank digital currencies”. Some African countries, such as Nigeria, Kenya, Rwanda, South Africa, Tanzania and Ghana, have either been considering central bank digital currencies (CBDC) as an option, or have already launched them.

Whether or not one may agree with the IMF, cryptocurrency markets can also cause problems in advanced economies. As experts long warned, unless the U.S. implements an effective regulatory regime, it “risks falling behind other countries when it comes to crypto and blockchain adoption”. Most recently, the Biden administration has taken the latter very seriously. In January, after cryptocurrency prices crashed and spectators murmured that a “‘crypto winter’” was about to arrive, it was announced that the U.S. government was preparing a concrete, in-depth strategy on cryptocurrency regulation to be published in February 2022. Especially since cryptocurrency markets have interfered with stock markets, because investors increasingly seeked for new and better opportunities during the COVID-19 crisis, it indeed makes sense that one would argue at the least for the need of a coherent regulation of domestic crypto-markets.

Whether or not the IMF is right and, whether it is an issue which will disproportionately affect emerging economies or not, regulations need to protect crypto investors including against risks such as “fraud, cyber attacks and market manipulation”. As the World Economic Forum (WEF) states in a report from June 2021, “[w]ith MiCa, the EU is examining the effect of blockchain in financial markets and assessing how to mitigate typical crypto-asset risks such as” the latter. According to the WEF, MiCA is hence a chance to explore “the potential of blockchain and cryptocurrencies”. The latter illustrates that the crypto-market might indeed just become another layer of the ‘state-led’ regulated global market economy. Whereas crypto-markets might have developed in resistance against what “became widely perceived as the ‘natural’ monetary order”, as Campbell-Verduyn emphasizes in a 2018 publication; namely that wherein territorial states dominate the “money game”, their expansion and increased associated risks seem to have erased the ‘benefit’ of existing in an ‘economic vacuum’.

Understanding What MiCA is About…

As mentioned above, MiCA is a EU-wide project, which seeks to both explore the potential of crypto-markets and shield against associated risks. As White & Case further specify, “the MiCA Regulation aims to support the establishment of a sustainable crypto-asset ecosystem in the EU by providing legal certainty and harmonisation across national legislations”. Thereby, legal certainty can be interpreted as both – a gateway to preventing fraud and promoting digital innovation. In addition, legal certainty serves to promote financial stability across EU markets, which is illustrated, among others, by the fact that “issuers of asset-referenced tokens should be subject to capital requirements” (36 MiCA). Other demands from issuers of asset-referenced tokens can be found below as a brief, non-exhaustive summary.

As the above requirements show, the MiCA regulation certainly intends to protect cryptocurrency investors by setting up strict rules in relation with the authorization and licensing of issuers of asset-referenced tokens. Whereas the regulation might consequently make the market entry more difficult for cryptocurrency providers, it ensures consumer protection and market stability. In addition, the strict rules in relation with expectations from issuers of asset-referenced tokens allow for less legal and administrative hurdles when entering another EU market. As CoinDesk states, “[o]nce a crypto firm is licensed in one EU member state, under MiCA, that license would become ‘passportable,’ meaning the firm could set up in another EU nation without having to obtain approval or additional licenses from the local government”. Whether or not all EU member states would agree to such a procedure, this approach to the regulation of cryptocurrency markets certainly reminds of the introduction of the Euro and illustrates that adopting the MiCA would lead to recognizing cryptocurrencies as equivalent to cash. Upholding the Economic and Monetary Union (EMU) indeed might depend on adequate crypto-market regulation, as long as cryptocurrencies play an increasingly important role in the EU’s future.

However, until MiCA might enter into force it will be interesting to observe how EU Member States deal with the regulation of cryptocurrencies. In January 2022, just after cryptocurrencies crashed, it was announced in the Financial Times that the Spanish Government “is imposing restrictions on influencers’ promotion of cryptocurrencies”. Witnessing the crash of and the chaos related with the crypto-market, the National Securities Market Commission (CNMV) did not only state that influencers needed to provide more balanced accounts about crypto investments (i.e. such that include an assessment of potential risks), but also that influencers were “‘a backdoor to avoid regulation’”. Whereas similar critique has spread across different regions with policy actions having followed, among others, in the UK, comprehensive policy solutions have yet to be awaited and EU licensing might also take a while.

In Germany, the crypto-exchange Bitmex was however already in the process of “acquiring a German bank to create ‘a regulated crypto powerhouse’”, as Bitcoin.com revealed, in January 2022. Aiming to establish “a one-stop shop for regulated crypto products in Germany, Austria, and Switzerland”, the Bitmex Group has shown optimism with regard to their ability to offer services in line with strict regulations and legal requirements. Whereas Bitmex did not explicitly lay out how it will be able to comply with all points of the most up-to-date version of the MiCA as an exchange platform, it certainly acts confident. By the end of the year, the company aims to have established new projects in developing countries as well. However, before finalizing the deal in Germany, it needed the approval of the Federal Financial Supervisory Authority (BaFin). Especially, because Bitmex made headlines in August 2021, when it had to pay a $100 million penalty for allegedly engaging in illegal trading and money-laundering, it is certain that any developments in the crypto-space need to keep being monitored.

If you are a start-up or an investor with an interest in cryptocurrencies, anti-money laundering, cyber security and/or related fields, we would be happy to support you with competent legal advice. We employ legal experts with knowledge across various African jurisdictions and have long-standing experience with giving advice on topics such as labour and immigration, tax and customs, contracts and negotiations, corporate governance and compliance as well as data protection. Next to our African offices, we also have two offices in Germany and are very keen on supporting German businesses! We have an international mind…You too? Then contact us today to collaborate!