Preventing That AI Feeds Into A Neo-Colonialist Project: Why ‘Information Capitalism’ Is Just Another Layer of Capitalism 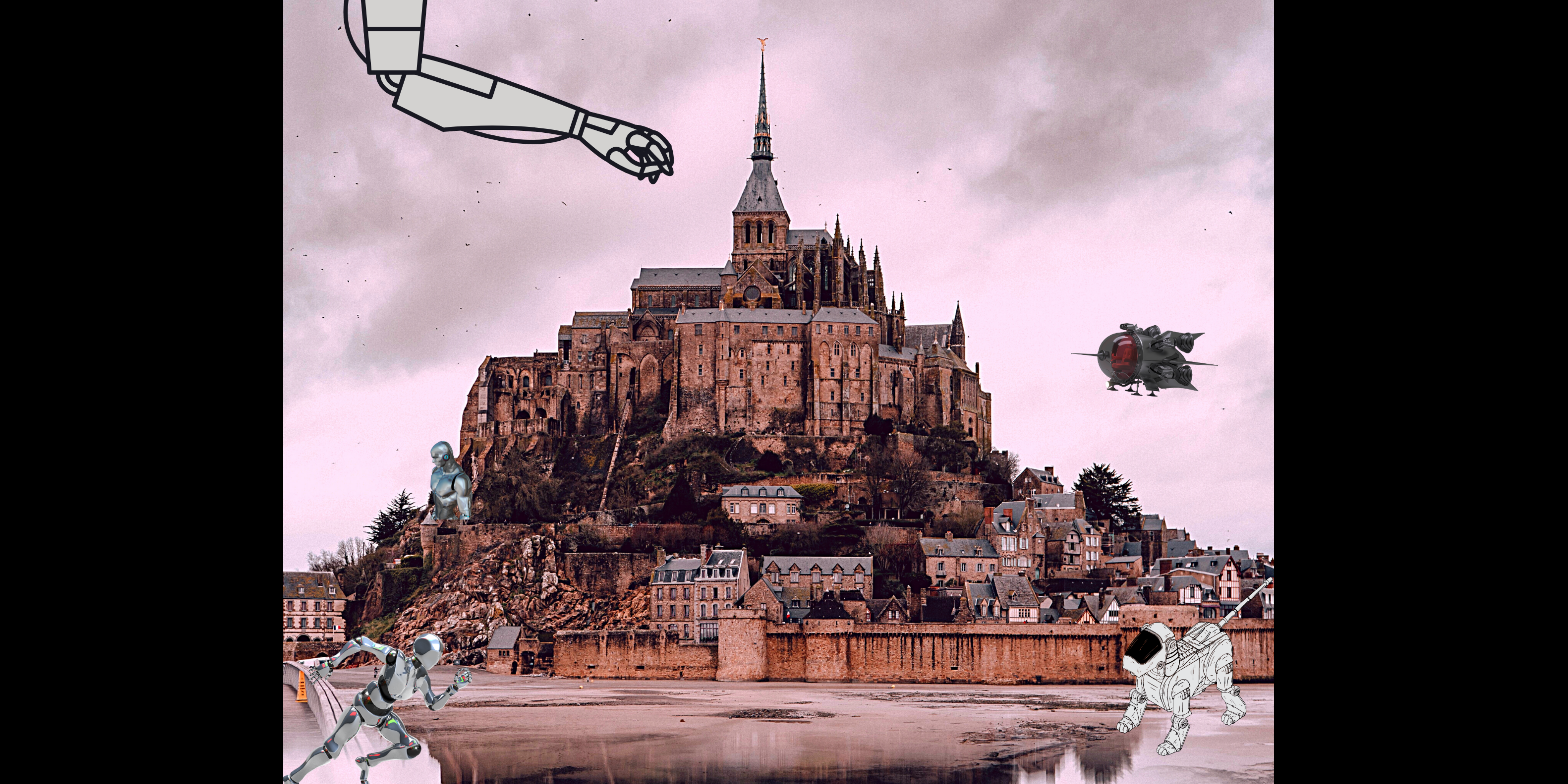 The question of how many jobs AI will replace worldwide has been asked and answered by many commentators. According to a news release, which was published by the World Economic Forum’s (WEF) in October 2020, AI will have replaced 85 million jobs worldwide by 2025. As the Massachusetts Institute of Technology (MIT) revealed in 2020 as well, at the current moment, “four manufacturing industries account for 70 percent of robots” (i.e. automakers, electronics, the plastics and chemical industry, metals manufacturers) in the US. While the latter may suggest that only certain industries will be affected by a new wave of AI technologies and the digitization of social interactions (i.e. work, social services), findings from the EU suggest a different reality. Until 2030, 45-60% of all workers are said to be replaced by AI technology and 96% have been identified for a necessary, future re-skilling. The latter shows the massive influence of AI on individual livelihoods. But, what will AI contribute to an underlying system? This article will explore what the large-scale adoption of AI implies for capitalism and its dynamics.

Understanding the Impact of AI on Society

Thanks to the many commentators out there, perspectives on the deployment of AI are truly not one-sided. Arguments in support of the broad-scale adoption of AI technologies and arguments against the latter usually stand and fall with discussions about their societal impact, usage and regulation in a particular context. Notably, the potential impact of AI technologies on individual livelihoods and livelihoods at large is central in many discussions. It is no secret that the deployment of AI technologies could lead to reinforcing inequality and many different actors want to prevent this. As the International Monetary Fund (IMF) states, the adoption of AI technologies and the replacement of workers by robots (i.e. at least to an extent) will very likely make global as well as regional income inequality worse. Developing economies do not have the same starting point as advanced economies with regard to both AI tech development, worker’s skills, aspects to do with infrastructure and productivity.

Consequently, the latter institution has estimated “that divergence between developing and advanced economies can occur along three distinct channels: share-in production, investment flows, and terms-of-trade”. First, advanced economies have higher total factor productivity and higher incomes. Based on the latter, they are more easily able to rely on robots with human labour potentially being replaced faster and productivity projected to exponentially increase over time. Second, if advanced economies go through the AI transformation more quickly, they will also refocus investments to serve their own purpose, which could lead to a decline of investments in developing countries. Third, since robots have the capacity to replace unskilled rather than skilled workers, advanced economies might soon have a comparative advantage in production over developing economies.

In the past decade, local production has oftentimes been outsourced to benefit from a lower production cost. However, more conscious attention to human rights violations across supply chains have raised attention in the last few years. In the mid-to long-term, such attention and appropriate regulatory frameworks could lead to further increasing wages for small-scale producers in developing countries. However, if the promotion of AI technologies and the reskilling of workers are not effectively funded and supported in developing countries, the latter might have to either become drastically self-sufficient or rely on the pricing of natural resources to get along. Whereas Subsaharan-Africa is generally a resource-rich region, countries such as Russia, the US and Canada had a higher natural resource value in 2021 as Statista revealed.

On ‘Information Capitalism’: A Neo-Colonialist Project?

‘Does Western development have a limit?’ – one may ask as Western countries and advanced economies (i.e. Japan) ‘climb on and build’ their AI frontiers. Maybe, it does. At least both the terms ‘digital colonialism’, ‘information capitalism’, ‘digital capitalism’ and ‘AI capitalism’ have already been coined. As Parayil writes,

Especially, because ‘information capitalism’ has been found to put an emphasis on the value of knowledge, it might be interesting to observe both: 1) How developing countries will be supported by advanced economies to obtain AI-related skills as well as skills for low-skilled jobs to do with the operation of robots etc. and, 2) how the transition towards AI-based and digital economies will influence migration flows in the long-term. As researchers have argued, their findings “[demonstrate] that automation, AI and advanced robotics risk rendering the recourse to many migrant workers obsolete in key destination economies”. However, it also needs to be considered that AI, automation and robotics will replace some (parts of) highly-skilled jobs. Whereas migrants might indeed be the most affected unless effective, fair and just migration policies are in place, locals will also have to adapt, including in advanced economies. The latter is to hint, it could also happen that North-South migration intensifies. As Hayes and Pérez-Gañán reveal in a 2017 article, North-South migration has increased in the last 10 years and motives have often been related to increases in unemployment and financial insecurity.

Adopting a global approach to the deployment of AI thus might be key in contributing to development for all and making sure that the benefits, which AI is said to promise, actually take hold. Among the latter certainly is ensuring ‘safe’ mobility. At the current stage, there is still much scepticism about digital technologies and AI in mobility and migration, because digital technologies easily enable the tracking and profiling of individuals. Especially, because the COVID-19 crisis has intensified the struggles, which migrants and refugees have been facing, the collection of data about their health status and beyond is problematic. Crowd-, border- and migrant surveillance, as McAuliffe, Blower and Beduschi emphasize, “have given rise to ‘virtual’ and ‘digital’ borders” with clear implications for human rights. Unless the future of work fully becomes fully remote and access to basic services (i.e. energy, internet, housing, education etc.) is ensured at a global scale, (physical) mobility will remain an important aspect of improving livelihoods. Certainly digital mobility and access to online networks will become more important as well – thereby, it cannot be presumed that internet access equals equality and equity. Indeed, access to resource-rich networks will become more and more important as remote work takes hold.

The latter arguably shows that AI technologies and the broadscale digitization of different types of social interactions will not necessarily throw over capitalism. It may indeed just contribute to a new wave of it – and quite a range and number of companies are currently involved in this project, may the latter be start-ups or small- and medium-sized businesses (SMEs). As De Rivera explains, “digital capitalism was introduced in the late 1990s to emphasize the role of digital technologies in the success of economic globalization” and Schiller referred to it “as a ‘new epoch’ in which ‘cyberspace not only exemplifies but today actually shapes the greater political economy’”. Whereas the invention of the internet certainly contributed to (yet unequal) access to information, the invention of AI, automation and robotics might make the dynamics of digital and information capitalism more complex, which is why Fuchs might have referred to it as a “layer”. Essentially, it does however not change its key dynamics and one of its biggest pitfalls – namely the fact that “European capitalism developed in conjunction with colonialism and spread across the world due to colonialism”, as Rehbein argues.

As Sharma writes, Kwame Nkrumah said that “[t]he result of neocolonialism is that foreign capital is used for the exploitation rather than for the development of the less developed parts of the world”. The latter might imply that capitalism is only destructive as long as it thrives on inequalities (i.e. related to class, ethnicity and gender; regional). What economists might need to theorize about is what trade would look like, if profits (for only/mostly one party) did not matter. If AI can increase productivity, then it could for instance be used to enhance productivity where it is most needed to balance out regional inequalities. Clearly, capitalism needs some levels of inequality to work – but what should be focused on is how particular trade deals could prevent significant losses and increase significant wins. Of course, if we engage in a trade, we have to pay a price…but if we trade something very different – then both parties may receive higher benefits. And, if we trade based on the principle of abundance, we will lose less resources. The latter is to say, advanced economies and countries in the Global North should actively promote AI development and skill training in the Global South. Countries in the Global South could use the AI revolution as a chance to scale-up just like East Asian countries did in the late 20th century. However, this should not be a top-down project. The chance to refrain from neo-colonialist practices has to be taken now!

Whether you are a founder, a start-up or an investor, we are curious and motivated to support your mission to contribute to fairness and equality. We employ legal experts with knowledge across various African jurisdictions and have long-standing experience with giving advice on topics such as labour and immigration, tax and customs, contracts and negotiations, corporate governance and compliance as well as data protection. Next to our African offices, we have an office in Germany since 2020. That is to prove, we have an international mind…You too? Then contact us today to collaborate!