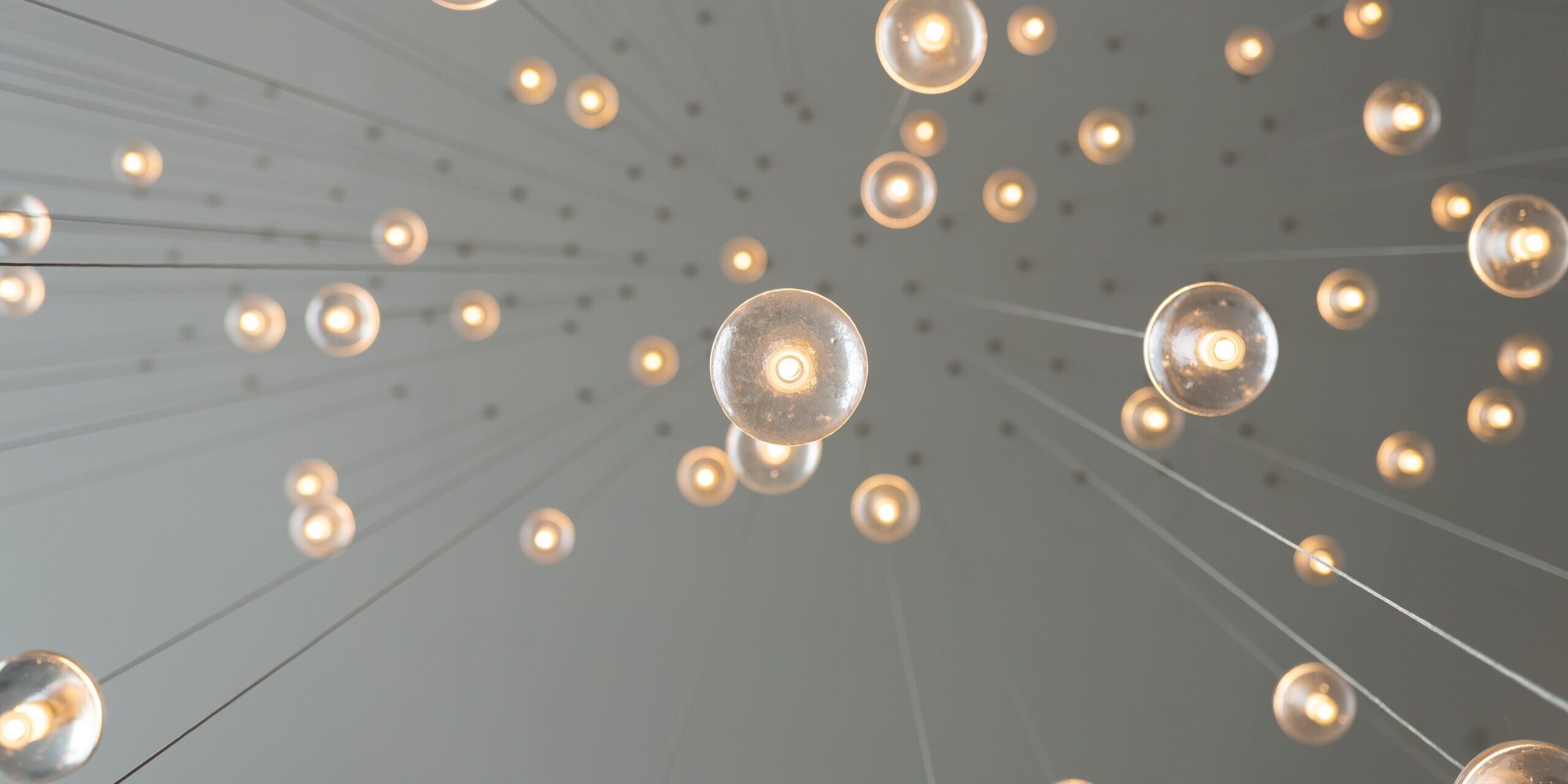 In December 2021, the Federal Ministry for Economic Affairs and Climate Action (BMWi) announced that it will shift the focus of its EXIST funding programme, which does consequently not only “[aim] at improving the entrepreneurial environment at universities and research institutes”, but also intend to accelerate “the number and success of technology and knowledge based business start-ups”. EXIST, which runs since 1998, is starting new pilot projects in Hamburg, Munich, Darmstadt and Berlin – four regions, which are said to play a particularly important role in the development of AI in Germany. This article will provide further information on the new pilot project and the role of two of these four regions in promoting AI development.

The establishment of the EXIST AI model programme is connected with the aim “to take AI start-ups to a new level” in Germany. Among others, this process involves more heavy networking between different start-up ecosystems and cooperation across different levels. Both German universities and founders will be involved to contribute to the development of the AI start-up ecosystem in Germany, which is hoped to contribute to economic growth and stability. Whereas the four pilot projects certainly intend to build German AI excellence centres, internationalization is another cornerstone of this project. As announced in the BMWi’s press release from 16th December 2021, the pilot projects will receive support from the German Accelerator (GA), which “empowers German startups to scale globally”.

The GA was established by the Munich-based German Entrepreneurship GmbH and has been financed by the BMWi. Covering markets such as Europe (i.e. Germany), North America (i.e. the US), Southeast Asia (i.e. India, Thailand, Vietnam, Malaysia, Philippines and Indonesia) and East Asia (i.e. Japan, South Korea, China), and having offices in Germany, the US, Singapore and Japan, the GA first and foremost possesses a huge network of industry experts. With mentors being “at the core of [their] program”, the GA values a culture where knowledge is shared for mutual benefit. Whether it is in the domain of software, data and connectivity, media and entertainment, infrastructure, financial services, health, energy and sustainability, commerce and advertising, lifestyle or hardware – the GA truly offers insights for founders from many domains. In addition, mentors can easily be identified by skills such as, respectively in relation to, organizational structure and governance, go-to-market strategy, brand marketing, direct sales, fundraising, product design, UI/UX etc.

Together with the scientific expertise, which universities such as the TU Darmstadt, the TU Munich, the Hochschule München, the TU Hamburg, the TU Berlin, the Free University Berlin and the Humboldt University Berlin offer, founders and start-up teams will certainly be able to make the most of their potential. Especially the involvement of the Hessian Center for Artificial Intelligence, which was “[e]stablished in 2020… [and] is a Germany-wide unique institution supported by 13 different universities bundling their expertise”, might enable the model project to set high standards for AI development, research and business in Germany. The Hessian Center for Artificial Intelligence aims at “[u]nderstanding the interplay of AI algorithms, AI systems, and synergies between artificial and natural intelligence provides the foundation for AI transformation”, which emphasizes that its work could be very useful in keeping founders in the AI business up-to-date. Whether or not the center will also offer further education for founders and start-ups in different stages in the future would certainly be interesting to find out. With the EXIST programme running until 2025 and the financial support for the Hessian Center for Artificial Intelligence amounting to €3,7 billion, there is certainly much room for assessing the needs for support of founders in the AI area.

As mentioned above, the Hessian Center for Artificial Intelligence is truly unique in Germany. Beyond that, the TU Darmstadt, which was referred to as a “jewel in the field of artificial intelligence” by the former Chancellor Angela Merkel, has been ranked 62nd in the World University Rankings 2022 and 4th within Germany by the Scimago Institutions Rankings 2021 in the field of computer science. With Hesse having been referred to as “the leading economic region in the heart of Germany”, where both the information and communication technology (ICT) sector, the finance sector and life sciences are thriving, Hesse is the optimal location for AI start-ups with an interest in the latter domains. But, also in general, it is a great location to start up a business!

Frankfurt is oftentimes praised for its lively, innovative and well-networked start-up scene. As Startup Genome writes, in 2021, the Frankfurt Startup Fund has awarded 120 businesses financial support amounting to €50,000.  Next to this, the Frankfurt School of Finance & Management offers expertise and networking opportunities through their Blockchain Center and Centre for Research on Entrepreneurship and Mittelstand (CREAM). Whereas Darmstadt might be less well-known to founders from abroad, it is home to various start-up accelerators and its start-up scene and geared towards promoting innovation in science and technology. As an article from 2019 on Station Frankfurt reveals, the TU Darmstadt plays a crucial role in birthing successful start-ups. As such, it will certainly be worth following how the €3,7 million worth pilot project ‘AI startup rising’ might produce AI startups who contribute to excellence in theory and practice.

In Berlin, the pilot project K.I.E.Z. (in German ‘neighborhood/ district’) has already started in June 2021. Supported by both, the Centre of Entrepreneurship at the TU Berlin, Humboldt Innovation at Humboldt University, the Profund Foundation at the Free University Berlin and the Berlin Institute of Health (BIH) at the Charité, the K.I.E.Z. pilot project certainly is a playground for (young) adults who intend to accelerate the success of their business (idea). Having provided €6,85 million for this project, the BMWi and the state of Berlin intend to “[facilitate] entrepreneurs in AI with scientific expertise as well as access to capital, industry partners and hiring talent”. While successful start-ups in Berlin spread across different disciplines in 2021, Berlin’s industrial companies, its creative community and its commitment to digitize social and economic interactions are certainly delivering relevant contributions to its economy.

Whereas the TU Berlin only ranks 7th in the Germany-wide computer science university ranking, research on AI certainly has a place in Berlin. Among others, the German Research Center for Artificial Intelligence (DFKI) has an office in Berlin. Together with the Berlin Institute for the Foundations of Learning and Data (BIFOLD), the Munich Center for Machine Learning (MCML), the Competence Center Machine Learning Rhine-Ruhr (ML2R) and the Center for Scalable Data Analytics and Artificial Intelligence Dresden/ Leipzig (ScaDS.AI), the DFKI “works towards strengthening Germany as a top-tier location for AI technologies as well as increasing the national and international visibility of German AI research” – which might illustrate that the role of start-ups is also to build scalable businesses suited to inspire global scale-ups, not only regional innovation.

If you are interested in contributing to innovation in AI development and research in theory and in practice, then contact us to assist you with the legal aspects of running your business! We employ legal experts with knowledge across various African jurisdictions and have long-standing experience with giving advice on topics such as labour and immigration, tax and customs, contracts and negotiations, corporate governance and compliance as well as data protection. Next to our African offices, we also have one office in Germany and are very keen on supporting German businesses! We have an international mind…You too? Then contact us today to collaborate!