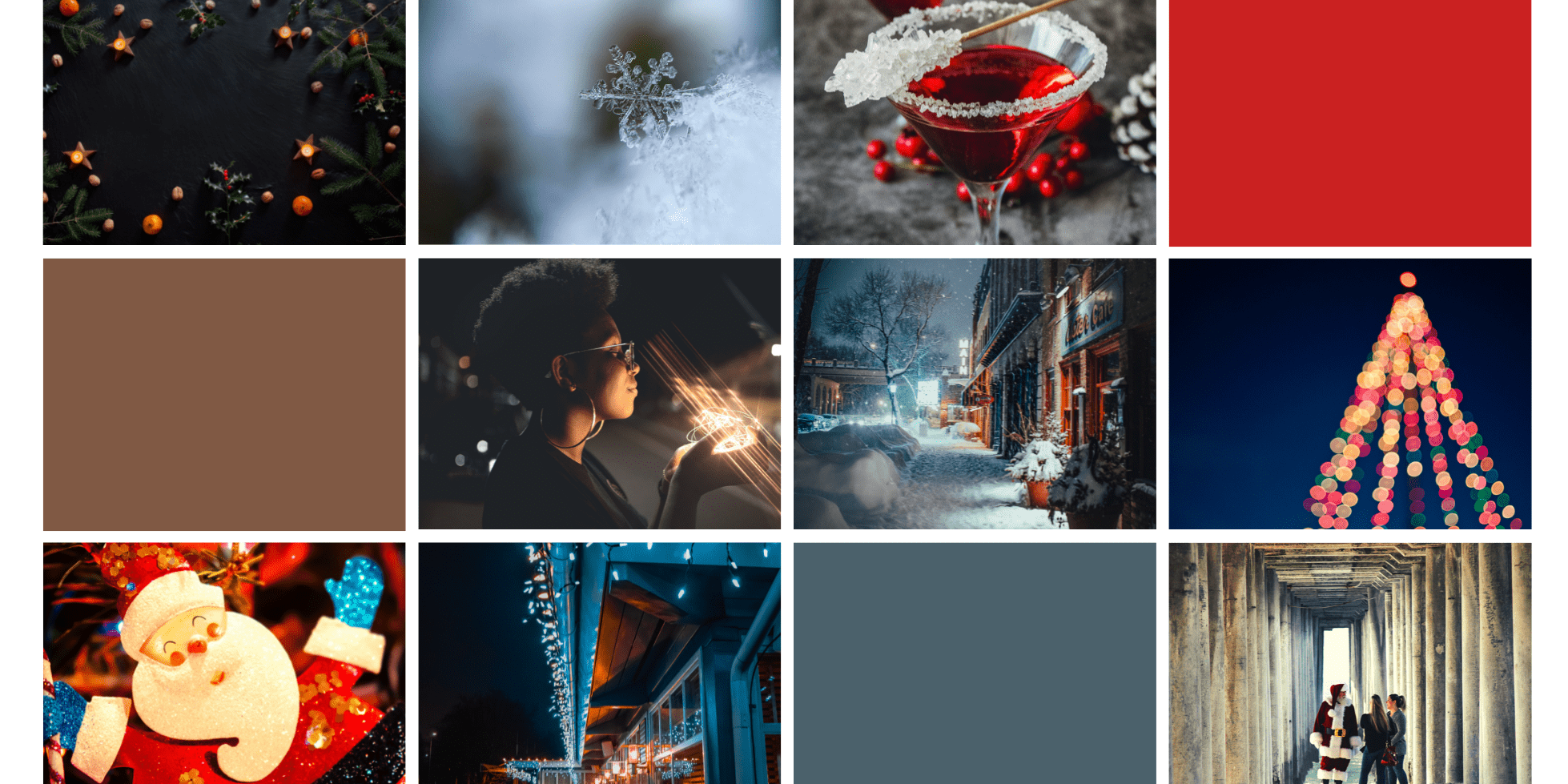 Certainly, many articles have been written about New Year’s resolutions for entrepreneurs, must-reads for start-up enthusiasts, Christmas gifts made by European start-ups etc. However, while all of these are certainly inspiring, isn’t Christmas all about giving back? Right! We have collected start-up news across three continents for you with the aim to showcase the work of motivated entrepreneurs and founders next to incentives to invest. This year gaps need to be understood as opportunities – otherwise, what is our motivation for the New Year anyways? Let’s give both self-acceptance and self-actualization a boost, just at the societal level and in the world of entrepreneurship! And we promise, after the New Year has started, we will provide you with additional news on two further regions…Getting excited? Right…

As Abi-Mustapha Maduakor writes in an article in African Business, the “international appetite for African start-ups [is hitting] a new record”…Even though there is a shortage of seed-stage investment, the opportunities on the African market by far outweigh recent challenges and reputable international investors have cast an eye on Africa. Total funding raised by African countries in 2021 amounted to over $4 billion as BitKE reveals. Thereby, Nigeria ($1.37b), South Africa ($838m), Egypt ($588m), Kenya ($375m) and Senegal ($222m) attracted the most funding of over $100 million each. Whereas countries such as Tanzania ($96m), Ghana ($48m), Uganda ($18m), Rwanda ($29m) etc. follow behind the latter countries, regional inequality plays a role when accessing funding. Nigeria, South Africa, Egypt, Kenya and Senegal alone make up for $3.49 billion and countries other than the afore-mentioned have secured only a little share of overall funding. Below is a short-portrait of two Rwandan start-ups to watch!

In 2021, Rwanda’s start-ups raised a total of $16 million in funding – a development, which will probably be hyped by the fact that Google has been establishing local offices. However, not only Google has proven its interest in Rwanda, the Swedish coworking space and investment fund Norrsken Foundation has launched its first entrepreneurship hub in Kigali. Already in November 2021, the Norrsken Foundation announced to provide the Rwandan start-ups PesaChoice and Viebeg with seed-stage funding. PesaChoice describes itself as “a financial technology company that is bridging the gap between the salary payout and unexpected expenses for people with limited access to institutional credit”. Having onboarded 10,000 employees, the start-up seeks to end hopeless debt cycles and financially liberate Rwandans.  Viebeg instead intends to address “the poor stock management by private and public health care providers (…) by optimizing medical supply through [their] AI-powered Inventory Management and Procurement System for hospitals”. Let’s wish both companies much success and a Merry Christmas!

In 2021, Egypt was Africa’s third most popular destination ($588m) for funding with Algeria ($30m), Morocco ($29m) and Tunisia ($23m) ranking 8th-10th. This positive trend resonates with the total MENA investment deal volume, which amounted to $2 billion in 2021, whereby Daily News Egypt emphasizes that $150 million were still raised as late as in October 2021. In Mohamed Alaa El-Din’s words, it “appear[ed as if]…fourth-quarter funding [wa]s just getting started” in November 2021. Whereas Gulf Business reveals that it was the UAE, Egypt and Saudi Arabia, which received most of the funding in the MENA(P) region in the first half of 2021, Daily News Egypt highlights that Turkey and Pakistan secured more deals in its fourth quarter.

As Consultancy-me.com shows, at least in the first quarters of 2021, especially fintech but also foodtech were high-growth sectors. Meanwhile software, healthtech, e-tailing and edtech were emerging sectors. Whereas the total investment in renewables ranks 3rd after foodtech, investments in comparison to a wide range of other sectors still did not account for that much. However, this may also be due to the diversity of start-ups in the MENA region. With the latter having catapulted Series B start-ups in 2021 as compared to 2020, debt has however also accumulated. But then, maybe it just takes solid New Year resolutions to change strategies and attract new investments? Below is a short portrait of two Palestinian/Gazan-led start-ups to watch!

According to Innovative Private Sector Development (IPSD), founders in Palestine have less high ambitions than entrepreneurs in ‘neighbouring’ Jerusalem, however their motivation does definitely not lack behind that of entrepreneurs from Tel Aviv and is about the same as that of entrepreneurs in Jerusalem and Frankfurt. While women entrepreneurs are more represented in Palestine than in London, Frankfurt, Tel Aviv and Bahrain, starting conditions in Palestine are rather tough. Compared with founders in other metropoles, many founders in Palestine do not have sufficient socio-economic resources to financially aid themselves in the very early stage of founding a business. And yet, it is time to praise start-ups such as Hakini, which was founded in 2020 by Sondos Mleitat to set-up Palestine’s first online therapy platform. Similar to Hakini, TebFact, which launched its healthtech app in 2019, intends to tackle mental health care issues. Beyond, the start-up has seeked to connect doctors more directly with patients through online consultations offering accurate medical information to those in urgent need in Gaza.

As The Economist writes, “[t]ech investors can’t get enough of Europe’s fizzing startup scene”. Irrespective of whether venture capital gains in other regions such as Africa and Latin America certainly deserve everyone’s attention, the state of European tech is extraordinary and changing rapidly. According to the newly released ‘State of European TECH 21’ report, the European tech market has secured $100 billion of investments in 2021 “adding $1 trillion in just 8 months”. Whereas planet positive and deep tech startups represent the fastest-growing businesses in Europe, there is certainly also room for other kinds of innovation. With the numbers of especially VC-backed, but also non-VC-backed startups at $1B+ increasing their presence in Europe, the domain of tech is primarily a scalable one. In 2021, most $1B+ tech businesses were located in the UK, Germany, France, Sweden and The Netherlands. Whereas The Netherlands has almost an equal share of VC-backed and non-VC-backed tech startups, most of Germany’s, France’s and the UK’s tech start-ups, are VC-backed. However, founders still consider funding (29%) the biggest issue in Europe followed by regulation (21%) and talent (18%). Therefore, it is remarkable how brave entrepreneurs truly are. Be inspired by some of those who did not dare to give up below!

In comparison to other European countries, Belgium’s number of $1B+ European tech companies is not that high. As illustrated by the State of European TECH 21 report, Belgium ranks 17th out of 28 and was home to 3 VC-backed $1B+ companies in 2021. However, this does not mean that Belgium’s start-up ecosystem lacks behind in all other regards. For instance, all of Belgium’s newly raised funds listed ESG policies and sustainability statements when this could not be said about other European countries such as Germany, France and Spain. In addition, Belgium is home to 21 potential unicorns and has recently made headlines when Antwerp-based Pitchdrive secured €20 million in collaboration with SmartFin, which describes itself as a “European Private Equity and Venture Capital investor in technology companies”. Pitchdrive itself is innovating the world of investments. As “a funding platform [interested] in European early-stage ventures”, Pitchdrive seeks to accelerate the knowledge and skills of founders, especially when it comes to business hacks. Especially, because Belgium could improve on a variety of points related to setting up a favorable start-up ecosystem structure (i.e. attracting investors for planet positive startups, boosting the definite success of Belgian-based unicorns and funding women to create an equal opportunity environment), Pitchdrive’s and SmartFin’s initiative is a great start. It all starts with investment and Belgium could certainly need a little Christmas extra.

Whether you are a founder or an investor – or just a curious mind interested in start-ups and entrepreneurship, our team wishes you a Merry Christmas and a Happy New Year! Alright, not that quickly…In addition, we would like to support you with your ambitions with regard to business in 2022. Do you want to make a big change? We will back you up! We employ legal experts with knowledge across various African jurisdictions and have experience with giving advice on topics such as labour and immigration, tax and customs, contracts and negotiations, corporate governance and compliance as well as data protection, which means as much as we are competent in assisting you and your business across continents – especially however within Africa and Europe! Contact us today for an initial consultation.