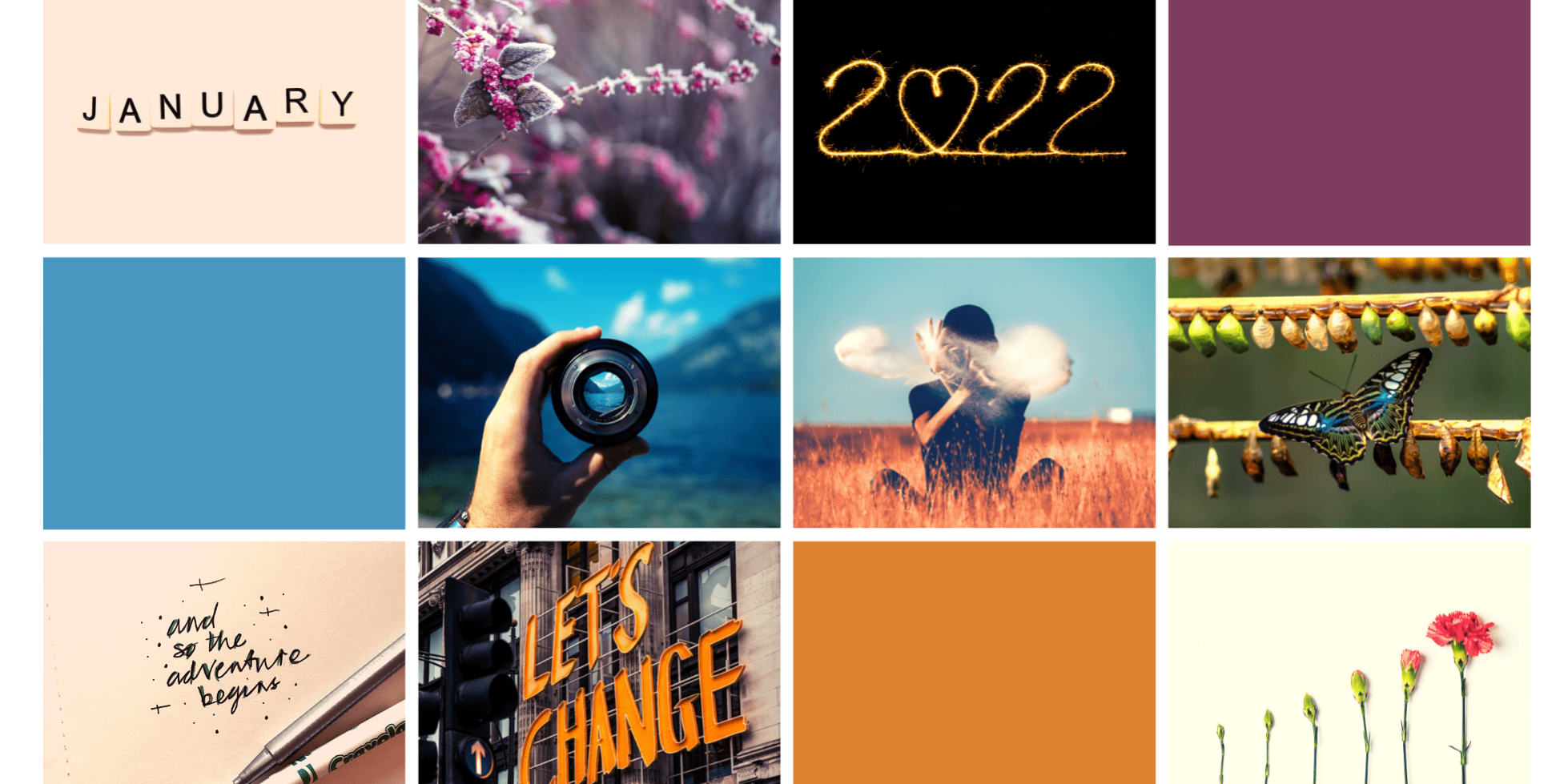 Turning 2022 Into a Success Story…

Based on lessons from 2021, it is time to turn 2022 into a(n) (investment) success story. Having taken you on a round trip across sub-Saharan Africa, the MENA region and Europe back in December, it is now the time to update you about 2021 developments in the LATAM region as well as in Southeast- and East Asia. As in any other year, unexpected changes and challenges can occur at any given moment – which undoubtedly impairs growth prospects. But for now, let’s relax and let’s look back one more time to the old year and actively work towards turning 2021 developments into 2022 successes.

As many different sources indicate, Latin America might not so secretly be “entering [a] golden age of tech investment”. Carlos Moreira, a contributor on Crunchbase News, did only identify the continent as “the next hot spot for fast-growing mediatech companies”, but also emphasizes that venture capital activity in Latin America has rapidly increased over the past five years with 23 unicorns, such as NotCo, Rappi, Mercado Bitcoin, Gympass and C6 Bank, leading the way into a bright future. Only in the first half of 2021, Latin American start-ups raised $9,3 billion of investments, which increased to more than $11,5 billion in Q3 of 2021. As Sebastián Vidal, CIO at Puerto Rico Science, Technology and Research Trust, writes in an article on TechCrunch, “[b]usiness is booming in Latin America”. Not only has SoftBank announced the launch of its Latin America Fund II adding a further commitment of $3 billion to the $5 billion of its earlier launched Latin America Fund, but also do 2021 investments into AI companies ($862,6 million) probably open a new niche with regard to local talent development.

As Vidal emphasizes, Latin America’s skill gap remains an issue yet to be tackled and English proficiency, on which the domain of AI relies at the current moment, is something less than half of the population (44%) has to offer. Ironically, Spanish was the 4th most spoken language across the globe in 2021 with 543 million speakers after Hindi (3rd/ 600 million), Chinese (2nd/ 1,120 million) and English (1st/ 1,348 million). With 13% of the US population speaking Spanish on a daily basis and the US being one of the top five AI hardware regions in H1 2020 further having shared 40% of the global revenue on AI in 2020, both integrating the U.S. and Latin America’s AI markets and turning Spanish into a popular language in the AI business could be beneficial.

Whereas start-ups, investors, SMEs and large companies in Latin America should actively work together towards offering skill training (i.e. English-language skills, advanced IT skills such as programming etc.) to local professionals from different backgrounds, it could hence also be interesting to build a new Spanish-language based AI frontier. Especially, because Japan, China, Asia Pacific, Western Europe and the US dominated the AI hardware market in 2020, it might be a fruitful journey amid Latin America’s tech boom. Having provided at least one wink for investors with an interest in Latin America – please be inspired by the start-ups and investors below!

As Cision PR Newswire emphasizes, the Colombia Investment Summit 2021 “concluded with promising opportunities for 150 foreign investment projects”. According to Crunchbase, Colombia’s 495 founders and at least 286 start-ups have so far collected $3,7 billion of total funding, whereby Chiper ($78 million), Cubbo ($7 million) and Griky ($5 million) have been very successful, and Griky, Aptuno ($7 million) and Lentesplus ($21,7 million) have recently gathered new investments. Meanwhile, Guatemalan start-ups have gathered $58,2 million of total funding with Flatbox having been ranked 1st by Startup Ranking and Qüilo has proven its success in the last funding rounds of 2020. Chile’s start-ups, who have secured $1,2 billion of total investment to date, are currently very busy with accelerating the growth of their businesses. Both Floid, Hackmetrix, Houm, Fintual and FACTO have recently gathered investments in new funding rounds.

Next to the above developments, the Chile-based start-up Camel Secure announced in December 2021 that it will extend support through its solutions to other Latin American countries. Founded by Fabián Rodríguez, Luis Montenegro and George Cargill in 2018, Camel Secure tackles cyber security risks with the aim to support businesses. Next to Camel Secure’s announcement, Platzi’s announcement of the aim to “re-skill Latin American professionals” might be a great New Year surprise. As TechCrunch emphasizes, Platzi is ambitious by every means. Not only did Platzi collect $62 million in a Series B funding round in December, whereby Prosus was the lead investor, but also does Platzi’s founder John Freddy Vega sincerely believe in innovating education through video games! Whereas Platzi intends to invest into a non-coal- and oil-based Latin American economic future, Mountain Partners announced to create Chile’s first venture capital fund recently. Having a strong interest in promoting climate change and renewable energy in Chile, Mountain Partners certainly might be a valuable contact for start-ups with similar aims.

As Kendrick Wong writes on Crunchbase News, “[appetites] are changing”. Both investors and entrepreneurs are looking towards Southeast Asia irrespective of whether the Silicon Valley probably remains, where start-ups were born. As Southeast Asia’s middle class is widening, investments in tech start-ups and digital companies are rapidly increasing. Indeed, digital companies in Southeast Asia are estimated to have collected $340 billion of total funding. However, while valuations of Southeast Asia’s start-up market are skyrocketing, some commentators have remarked that they are irrational. Despite the “influx of U.S. and global money”, as Justin Hall said according to Reuters, issues can arise – namely, because there might be too few deals. Whether this is true or not is yet to be figured out. However, China’s crackdown on tech companies, which Bruce Liu the CEO of Esoterica Capital, described as an attempt “to boost its national power…that requires so-called national champions – companies representing innovation”, might lead to relocating capital injections to Southeast Asia. The latter could certainly be an incentive for local start-ups and entrepreneurs with a vision.

With Southeast Asia potentially benefiting from a start-up ecosystem, which will allow further work on some of its regional challenges such as banking, Japan and South Korea have been “catching China [a little earlier] in [the] startup race”. As Wataru Suzuki emphasizes in an article on Nikkei Asia, Tokyo and Seoul were featured in the The Global Startup Ecosystem Report 2020 (GSER2020) for the first time. In 2021, Tokyo proudly climbed from #15 to #9 in the global city ranking and Seoul jumped from #20 to #16. Whereas Singapore was the only Southeast Asian city among Asia’s top performers, Mumbai, Jakarta and Kuala Lumpur were among the top regional challengers. Meanwhile East Asia is both all into start-ups and tech. South Korea counted 1,48 million start-ups in 2021 with the most prominent industry being the service sector. Meanwhile Japan’s start-ups secured ¥420,6 billion of total funding and Japanese venture capital firms keep making headlines for investing all over the world including in Southeast Asia.

In 2019, the Japanese External Trade Organization (JETRO) highlighted that start-ups “with strength in productization by combining devices with software” were particularly successful in Japan – a country, which is home to many investors with a drill for innovation across the globe. However, while the Japanese start-up ecosystem is slowly being built up, McKinsey & Company have remarked that the fact that only a few Japanese start-ups go public might hinder them from going global. Having produced only a few unicorns such as Hikky (¥6,5 billion), a Tokyo-based VR company, Japan certainly could still do more to set foot in the global start-up ecosystem.

However, Hikky’s work is to be praised. In December 2021, top global companies such as Seven-Eleven Japan Co., The Walt Disney Company and Audi AG  joined the VR start-up. Meanwhile South Korea and the Asian Development Bank (ADB) planned a start-up road show in December 2021 at the same time as the South Korean start-up Redblue, which operates the fitness platform BodyCodi, secured ₩3 billion in a Series A investment round led by GC Green Cross Holdings, Future Play and Shinhan Capital. BodyCodi is a tech-solution for fitness centres who desire to manage clients more effectively, which underlines that similar to anywhere else in the world, tech is leading the way in South Korea. Next to Redblue, Rsquare, a South Korean proptech start-up, recently celebrated a new win. In a Series C round, the start-up gathered $72 million from STIC Investments.

Whether you are an investor, a founder or a curious mind having come across our article – we hope that you get inspired to take action and reach out for new destinations. We employ legal experts with knowledge across various African jurisdictions and have experience with giving advice on topics such as labour and immigration, tax and customs, contracts and negotiations, corporate governance and compliance as well as data protection, which means as much as we are competent in assisting you and your business effectively – including across different continents! We always seek a chance to expand and hope this counts for you as well! Contact us today for an initial consultation.

Defining A Rights-Based Approach To (Labour) Migration: Letting Migrants Contribute To Local Development In The EU
May 16, 2022

The Historical Background of Migration To And Emigration From Germany: Remembering and Rewriting History Amid and Beyond Crises
May 10, 2022

Relocate To The EU/Germany And Pitch Your Business Idea At One Of These Start-Up Summits: 2022 Has Just Started!
May 9, 2022