Starting Up a Blockchain Business in Germany: Trends, Regulations and Innovation 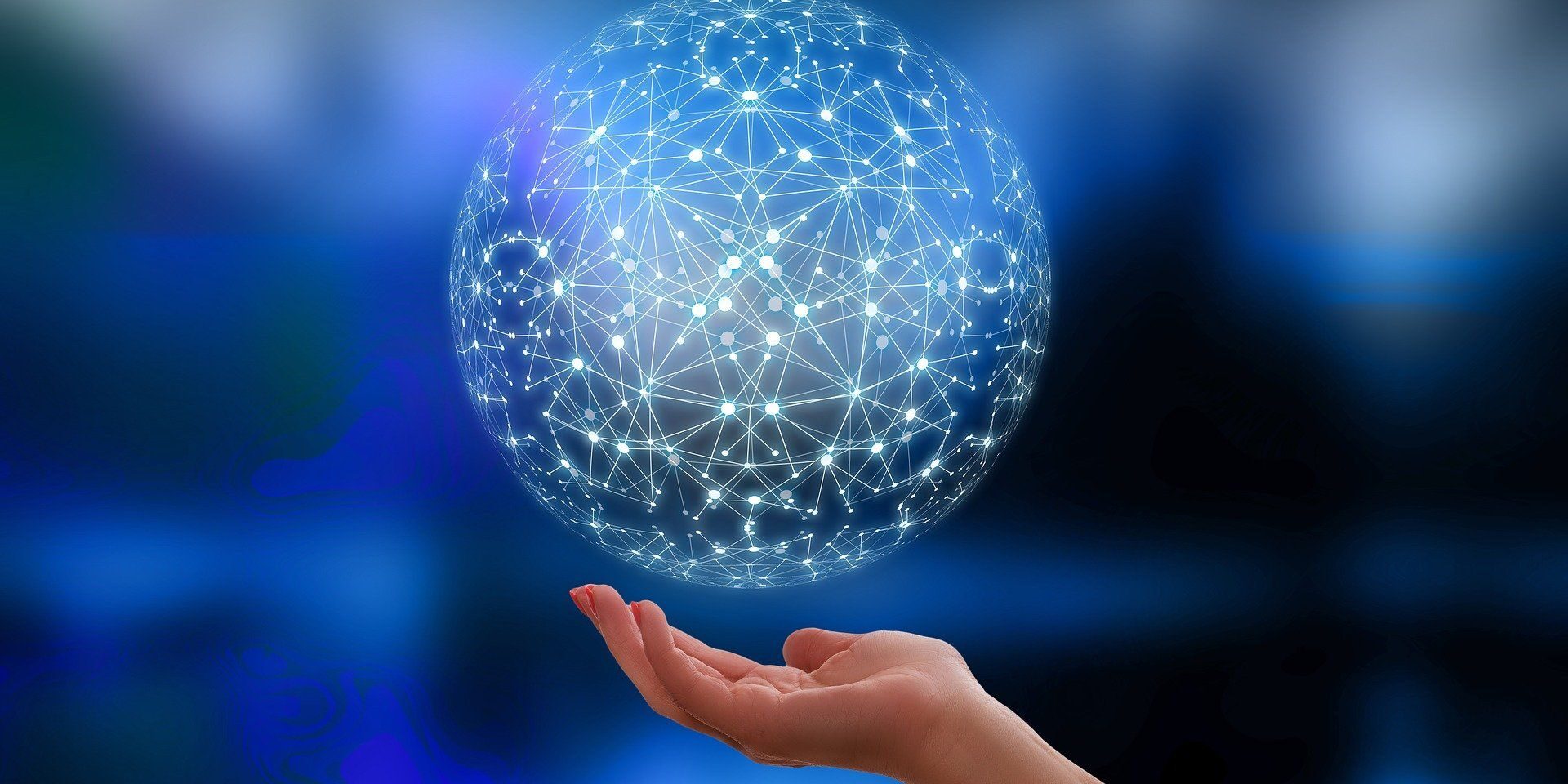 As pinpointed in an article on CoinDesk, industry leaders have currently named Berlin ‘the cryptocurrency capital of Europe’. Not only does Berlin count more than 180 startups in the blockchain business, but also might the commencement of the German Fund Location Act lead to changes in Germany’s future investment landscape. However, blockchain technologies can also make a difference outside the world of finance and fintech. For entrepreneurs with a passion for blockchain technologies, this article has compiled an overview of upstreaming trends, regulations and startups in the hope to provide inspiration and motivation! For receiving further information, feel free to approach our team today!

“In essence, a blockchain is a shared and synchronised digital database that is maintained by a consensus algorithm and stored on multiple nodes (computers that store a local version of the database). Blockchains are designed to achieve resilience through replication, meaning that there are often many parties involved in the maintenance of these databases. Each node stores an integral copy of the database and can independently update the database. In such systems, data is collected, stored and processed in a decentralised manner.”

In other words, what blockchain technologies might enable are: 1) trust, 2) reduced costs, 3) speed, 4) a decentralized structure, 5) visibility and traceability, 6) immutability, 7) the individual control of data, 8) tokenization, 9) security and privacy and, 10) innovation. At least, if one were to believe a recent article on TechTarget. There are as many critics who have explained that security and privacy, among others, can be hindered by blockchain technologies. Meanwhile the above served to give a brief definition of blockchain technology, the German Economic Institute (IW) explains that cryptocurrencies such as Bitcoin, Ethereum and Ripple “are digital currencies based on distributed ledger technologies that allow financial transactions between participants of the network”. Unsurprisingly, 37% of blockchain startups are associated with cryptocurrencies and financial services.

Berlin – The Capital of Blockchain Technology?

According to various sources, Berlin has much to offer for entrepreneurs who want to start up a business in blockchain technologies. As Berlin’s Business Location Center illustrates, most blockchain businesses in 2020 have been located in Berlin, Munich, Frankfurt and Hamburg or in close distance to these metropoles. Thereby, Berlin’s many different and attractive sectors offer a solid level playing field for all types of blockchain businesses. Among others, the latter sectors include fintech, IoT, Industry 4.0, the energy sector, the creative industries, legal tech, digital health and transport and logistics.

While the openness of the German economy to blockchain technologies offers start-ups many options for contributing creativity and innovation, most blockchain businesses are active in the fintech sector. The latter might be no surprise, because blockchain technologies gained momentum with the development of  cryptocurrency Bitcoin in 2008. As the IW emphasizes, the development of other blockchain applications outside the domain of cryptocurrencies only started to increase from 2016.

Especially since the European Blockchain Institute was set up in North Rhine-Westphalia (NRW) in order “to advance digitization in science and practise”, Germany might indeed have much to offer for startups who are interested in further developing blockchain technologies, their application and their effective areas. Next to the European Blockchain Institute, the Blockchain Research Institute Europe in Frankfurt might constitute another interesting player for entrepreneurs who want to stay updated and contribute to the newest research about blockchain technologies. Whereas the impact of the German Funds Location Act on the funding horizont for startups in blockchain technologies and cryptocurrencies might take some time to develop, chainEurope lists various investors in Germany who might be worth exploring.

Next to Berlin being praised for being Germany’s own blockchain capital, it has also been emphasized that Germany hosts most of the EU’s blockchain companies. Aside from Germany, smaller countries such as The Netherlands and Estonia, followed by Spain and France, have also been well-known for promoting innovation in blockchain technologies and respective applications across various industries. In 2018, 21 EU Member States and Norway became signatories to the Declaration creating the European Blockchain Partnership (EBP). As part of the declaration, the latter countries committed to cooperate and work towards the establishment of the European Blockchain Services Infrastructure (EBSI).

With EBSI meetings having resulted in emphasizing the importance to work on themes such as privacy, cybersecurity, interoperability and energy efficiency, it goes without a question that the regulation of blockchain technologies is at the heart of data protection in the EU. A 2019 study by the EPRS explains that blockchain technology could both be a means to achieve objectives in relation with the European Union’s General Data Protection Regulation (GDPR) and arouse conflict, especially because its technical specificities might violate EU citizens’ right to erasure (‘right to be forgotten’).

With blockchain technologies storing data in a decentralized manner, discussions about the morality of their application arguably relate to achieving a balance between the protection of citizens’ fundamental rights and their protection regarding the processing of personal data connected with criminal offences. At a policy level, the latter has been addressed through  Directive (EU) 2016/680, which serves to “ensure that the personal data of victims, witnesses, and suspects of crime are duly respected”. Another policy development, which might affect blockchain companies as much as EU citizens, relates to the European Central Bank’s (ECB) announcement regarding the issuance of a digital euro. Over a period of 2 years, the ECB aims to develop strategies with regard to a possible design and channels of distribution clarifying that a digital euro would by no means replace cash, but complement it.

According to an article in the online newspaper Daily Finance, start-ups such as 1inch Exchange, Aragon, NURI, iVE.ONE, NAGA, Nextmarkets and many more have gained an increased importance in promoting blockchain technologies in Germany in 2021. Below is a short portrait of two innovative, successful and very different companies in blockchain technologies.

1inch Exchange is a decentralized exchange (DEX) aggregator, which promises that it “unites decentralized protocols whose synergy enables the most lucrative, fastest and protected operations in the DeFi (decentralized finance) space”. In other words, users of 1inch Exchange’s app can exchange cryptocurrencies at the best possible rate. Beyond that DEXs do not require third parties (i.e. banks) to govern money flows, the 1inch Exchange aggregator navigates customers in their quest for the cheapest prices across several liquidity providers. As such it shows its commitment to customer and user friendliness. Co-founded by Sergej Kunz, who is located in Stuttgart, and by Anton Bukov, who is currently located in The Netherlands, in 2019, 1inch Exchange’s progress and prices for the Ethereum token can be obtained via coinbase.

Retraced is one of the startups, which aim to use blockchain technologies to make supply chains more transparent and contribute to the sustainability of the fashion industry. Founded in 2019 by Lukas Puender, Phillip G. Mayer and Peter Merkert in Düsseldorf, the startup retraced collects data in relation with the entire value chain of the fashion industry. Therethrough, it is able to offer companies a tool for the optimization of their supply chains with customers being able to understand how their buying behaviour impacts the environment and the rights of others. Especially, since only a few blockchain startups are active in the fashion industry as compared to fintech, retraced might inspire other startups to follow.

Whether you are a startup in the early stage or have successfully gone through multiple rounds of funding, our team is happy to support you with your ambitions on the German market! Whether you need support in domains such as intellectual property, data protection, banking and finance, labour and employment, tax and customs or contracts and negotiations, our team will provide you with all the necessary tools to make your business thrive and is excited to bring in its knowledge in tech.