The Historical Background of Migration To And Emigration From Germany: Remembering and Rewriting History Amid and Beyond Crises 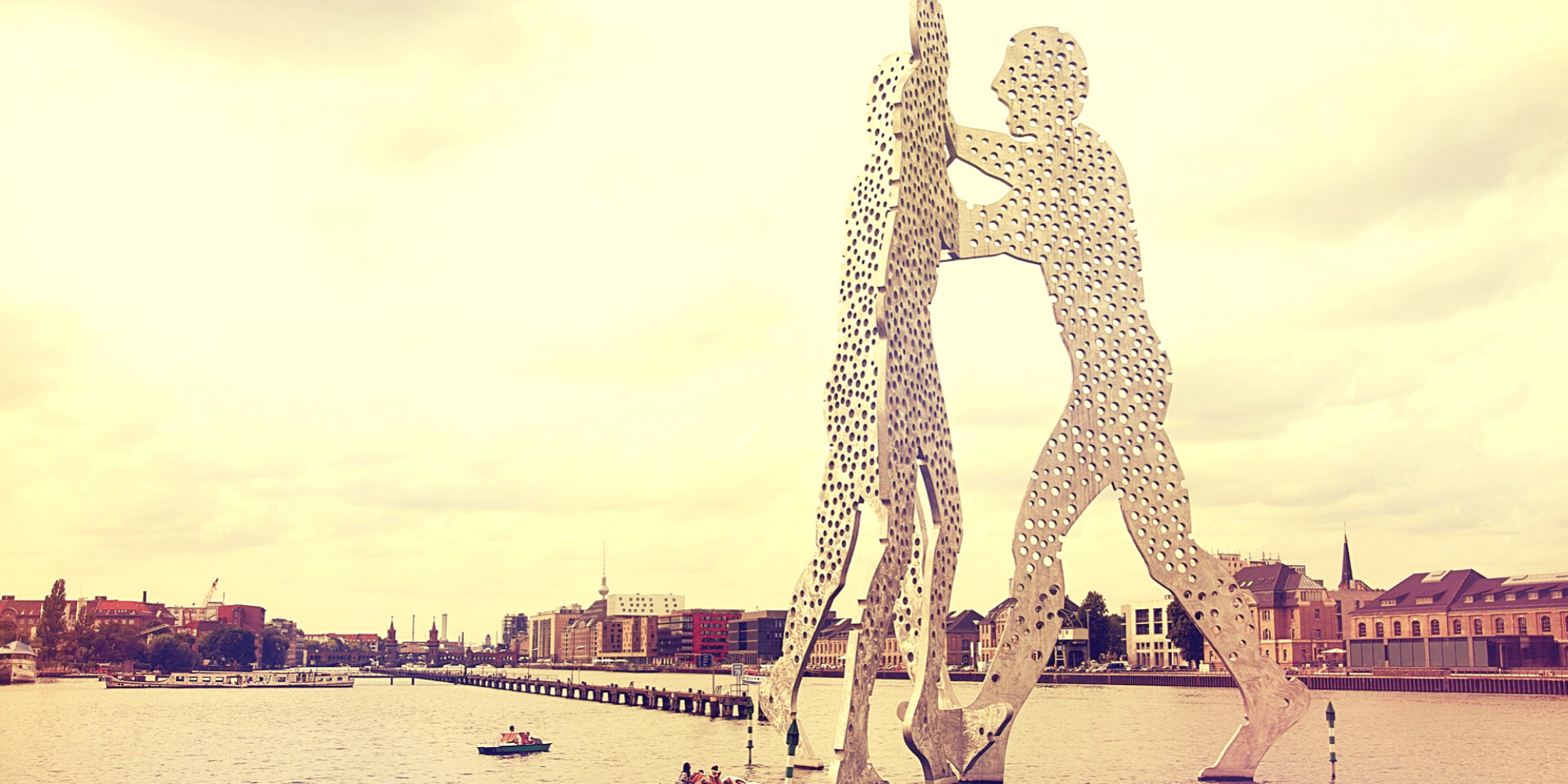 If you are interested in relocating and migrating to Germany, it could very well be interesting to get to know some of the history of the country, especially in terms of migration. For this purpose, this article has compiled an overview of different phases of migration to and emigration from Germany. While this overview is not exhaustive, it will hopefully provide a few anecdotes including such, which could inspire migrants to participate in actively rethinking migration in Germany today amid its changing political, economic and social landscapes. Indeed, migration has historically been a particularly sensitive topic in Germany and this is arguably, why the future of migration and mobility have to be changed and challenged with the help of democratic participation by migrants who arrive in Germany!

A Brief History About Migration In Germany

As the Federal Agency for Civic Education (bpb) mentions in an article from 2018, the history of immigration and emigration goes back all the way in German history with populations, their dynamics and their mobility having been studied at least from the Thirty Years’ War (1618-1648). With this war having been outlined to have led to large-scale destruction, it was followed by “‘population policies’”, which seeked to attract immigrants into war-torn areas and resulted in the latter receiving immigration flows until the 18th century. As the bpb continues, it was around the 1830s, when emigration started to occur to Eastern and Southeast Europe and it was in the 19th century, when emigration to the US began. With German emigrants to the US having constituted a particularly large group, it can certainly be said that immigration waves into Germany marked a shift in population dynamics.

According to the bpb, historically this shift was related to World War I with the Weimar Republic having…

“[become] the destination for hundreds of thousands of refugees who escaped the aftermath of the Russian Revolution in October of 1917, the subsequent civil war and the implementation of the Soviet system”

In other words, whereas the term ‘refugee’ probably received a new meaning since the 2015 refugee crisis, ‘refugees’ are indeed nothing new to Germany. Similar to refugees who escaped the aftermath of the Russian Revolution, Jewish refugees from Eastern Europe (i.e. Lithuania) and Galicia came to Berlin after World War I. From thereon, their history is probably much better known due to the hostilities, which they experienced as the National Socialists turned Germany not only into an “asylum-opposed”, but also into a hostile, violent and very unsafe state for Jews and other minority groups. With the bpb estimating that about 280,000 to 330,000 Jews fled the Third Reich and 15,000 to 20,000 survived the concentration camps or hid throughout the terror of the Nazis, Germany certainly has a special responsibility towards both refugees and immigrants. With forced labour having constituted one further atrocity of WWII, whereby “Jews, Sinti and Roma [were] targeted for ‘Vernichtung durch Arbeit’ (extermination through labor)”, it is particularly clear that Germany also has a special responsibility towards protect labour migrants and workers’ rights.

As the Federal Agency of Migration and Refugees (BAMF) stated in a publication from 2005, after the Federal Republic of Germany and the German Democratic Republic was proclaimed, migration movements from the East to West started to occur with developments in the 1950s starting to show a need for additional workers, which led to the employment of ‘guest workers’ (‘Gastarbeiter’) from the Mediterranean (i.e. Italy, Spain, Greece, Portugal), North Africa (i.e. Morocco and Tunisia) and former Yugoslavia from roughly 1960-1980. Despite that the latter ‘fuelled’ Germany’s ‘economic miracle’, quite some of these ‘guest workers’ had to return to their countries of origin as a consequence of the 1973 oil crisis. As the Deutsche Welle (DW) emphasized in an article from 2011, “Turkish guest workers transformed German society”, but less than half of them were successful in getting a job in Germany after the oil shock.

However, as the BAMF emphasizes, ‘guest workers’ were not the only ‘migrants’ in Germany in the period between 1950-1980. As part of bilateral agreements, the GDR began to employ workers from Algeria, Cuba, Mozambique, Vietnam, Mongolia, Angola and China. At the same time, repatriates and their family members also came back to Germany. As the BAMF concludes, “flight and deportation as well as labour migration” and repatriation made up for large immigration flows. Arguably, one could claim that the two first factors still have an influence on migration to Germany today with the 2015 refugee crisis and the most recent crisis in Ukraine constituting instances, wherein ‘flight’ is a particularly present theme. As the Federal Statistical Office (Destatis) illustrates, currently 1,2 million arrivals of migrants have been counted as well as 1 million departures. To illustrate this a bit further, in 2020, 994,819 foreigners arrived in Germany and 746,212 departed from the country, which leaves behind a balance of 248,607 for this year. In comparison to earlier years, except 2019, this was very little – however, this may have heavily been influenced by the COVID-19 pandemic, which may have both caused ‘flight’, ‘forced departure’ and other sentiments.

In any case, it can be said that the number of migrants has risen at particular points in history. Similar as during and in the aftermath of the 2015 refugee crisis, the number of migrants was particularly high in the early 1990s. As stated on the website of the Documentation Centre and Museum about the Migration in Germany (DOMiD), immigration during this time was linked with the repatriation of ‘ethnic’ Germans, who returned from former settlements, as well as with “the collapse of the Soviet Union, the wars in former Yugoslavia and the human rights crisis in the Kurdish region of Turkey”. Whereas net immigration amounted to 2,628,459 in 1992, it rapidly shrunk to 715,944 in 1997 after the ‘asylum compromise’ (‘Asylkompromiss’) was passed. Based on an agreement between the Social Democrats (SPD), the Free Democrats (FDP) and the Christian Democratic parties (CDU/CSU), the latter became a rather rigid part of German asylum law, which, as the Migration Policy Institute (MPI) explained in an article from 2007, enshrined the right to asylum linked with humanitarian concerns, whereas its new classification of countries into ‘safe third countries’ and ‘safe countries of origin’ made it more difficult for some to obtain asylum.

While ‘safe third countries’ are outlined to constitute such, “which guarantee humanitarian protection in accordance with the Geneva Refugee Convention and the European Convention on Human Rights”, this definition has arguably become a little outdated today, especially regarding political developments in countries, which have signed both conventions while constituting a particularly hostile environment for certain groups, such as members of the LGBTQI+ community (i.e. Poland and Hungary). Germany’s Asylum Law (AsylG) addresses the latter by stipulating that the term ‘safe third countries’ only refers to the member states of the European Union (EU), Norway and Switzerland. The latter approach differs from that of other countries, such as Greece, which has been heavily criticized for declaring that Turkey was a ‘safe third country’. Notably, the latter, as the Foundation Pro Asyl has emphasized in a recent publication, demonstrates Greece’s breach with the §38a of the Asylum Procedures Directive (APD), which states that the ‘safe third country’ concept only applies as long as “life and liberty are not threatened on account of race, religion, nationality, membership of a particular social group or political opinion”.

With the migration landscapes currently changing again in Germany, it might certainly remain important to also assess how safe its arrival structures truly are. As the Platform for International Cooperation on Undocumented Migrants (PICUM) emphasizes in one of their publications, Germany has focused on a range of different objectives with regard to migration and labour between 2011 and 2015. In 2011, policy-makers centered their attention around the integration of migrants into the German labour market and the vocational education system; in 2012, the German government reshifted their attention towards highly-skilled workers; in 2013, it seeked to address demographic challenges and the need for skilled workers in particular domains; in 2014, integration of migrants into the German labour market was made an essential bit of labour market policy with migrant labour being regarded as a catalyser for the labour market and the economy; and in 2015, the German government emphasized the importance of a ‘welcome culture’ amid the Syrian refugee crisis. Amid the current circumstances, the German government made it possible in early March that refugees from Ukraine can stay in the country without a residence permit, at least temporarily.

Are you an African entrepreneur located either in Germany or Africa with an interest to relocate and start up a business in Germany? Or are you planning the expansion of your SME in Germany? Then, our team will be happy to assist you with regard to all legal and administrative matters as well as with our expertise with regard to the design of cross-border business strategies. We do not only have an office in Frankfurt, but are also present in various African countries and offer flexible, on-demand legal services to cover your individual and business needs effectively! Want to find out more? Contact us today for an initial consultation!