Relocate To The EU/Germany And Pitch Your Business Idea At One Of These Start-Up Summits: 2022 Has Just Started! 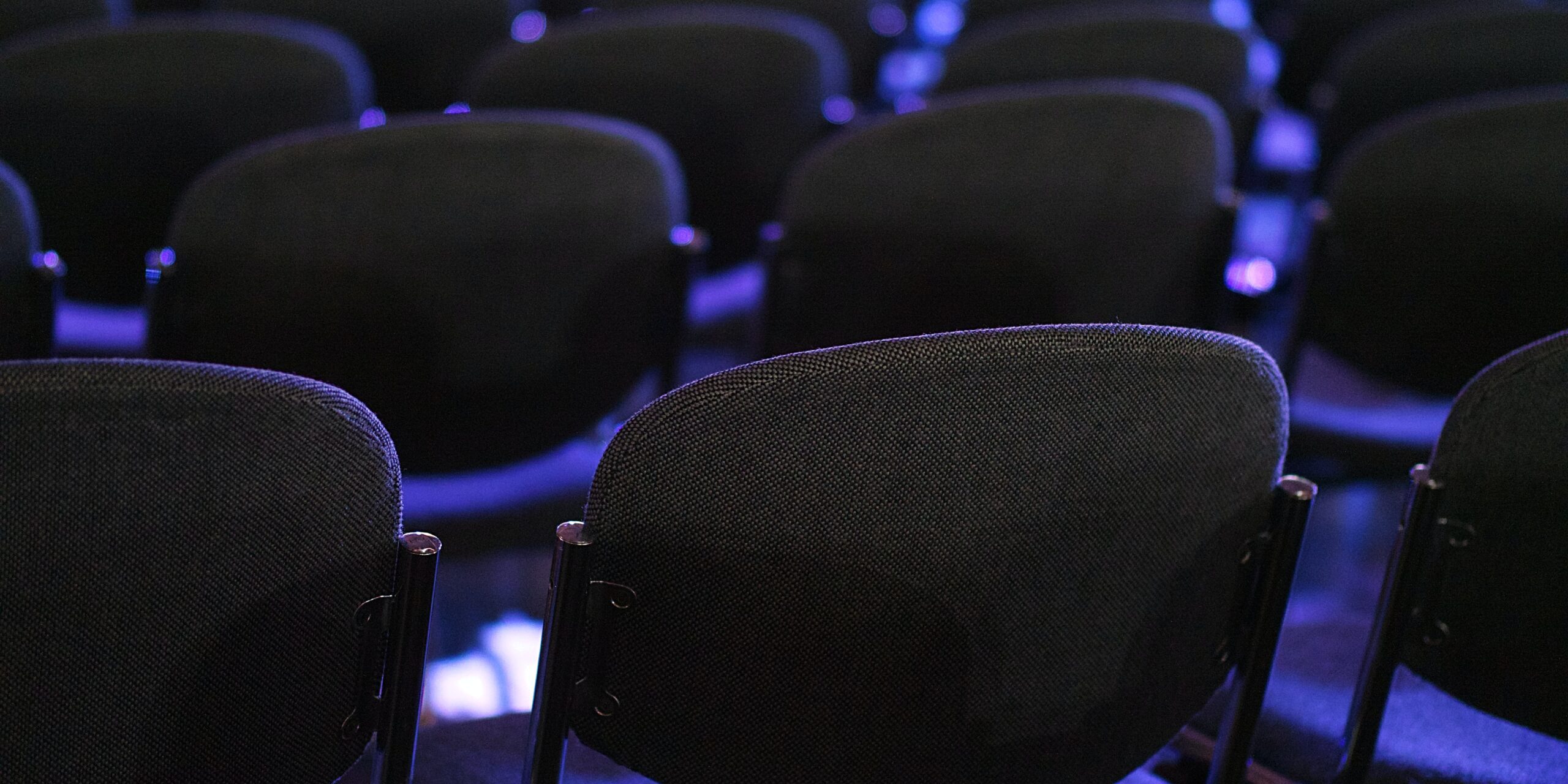 From 12-13th May, it is again so far – the EU Startups Summit 2022 will take place in the Palau de Congressos in Barcelona. But the EU Startups Summit is not the only event, which seeks to inspire founders from all over the world in Europe to deliver innovation for the future. It was only in March 2022, when the FutureProof Summit took place in Lille and online, and other interesting events such as the HHL Spinlab Investors Day, Bits & Pretzels and the Hightech Venture Days will follow in Germany…This article seeks to provide an overview of information on the latter summits. Will you attend one of them? Let us know in the comment section of LinkedIn, which summit excites you the most and pitch us your business idea there as a dry run!

Summits in the EU – From Lille to Barcelona

The EU Startups Summit is sponsored by Silicon Castles, which describes itself as “a Tech Company Builder and Strategic Business Accelerator for technology intellectual property (IP) licensing businesses”, Unleashed, webex by Cisco, Freshworks, MarketerHire, Dassault Systems, SafetyWing, and ACCIÓ – Agency for Business Competitiveness with media partners ranging from Grip to Estrella Galicia, Silicon Valley Barcelona and The French Tech Journal etc. With the latter businesses and initiatives representing different sectors and objectives in the EU start-up ecosystem, the EU Startups Summit is a somewhat broad and huge event, which will bring together “1,500 founders, startup enthusiasts, corporates, angel investors, VCs, and media from across Europe” in an effort to be creative and inventive – in 2022, it will however also emphasize the importance of innovation in different fields of tech. Generally, will this summit not only be entertained by start-up pitches, but also by fireside chats. Whereas applications to contribute to the EU Startups Summit closed already in March 2022, the winners of the ‘big pitch competition’ will indeed not leave the event with less than €90,000 – maybe not the largest sum to scale-up, however certainly a huge win from just one start-up event…With 300+ investors announced to be present during the summit, the 850+ founders certainly could come up with other networking and pitch strategies. Curious? Then stay updated!

The FutureProof Summit took place in Lille and online on 17th March 2022 and was attended by around 1,000 leaders, 50+ speakers and 100 start-ups. Being annually hosted by euratechnologies, which presents itself as ‘France’s leading incubator’ and is located in both Lille, Roubaix, Willems and Saint-Quentin, this event was certainly ambitious! In addition to the host’s ranking in France, euratechnologies actually was also ranked among the top three accelerators in Europe in 2009 and constitutes Europe’s largest start-up incubator and accelerator to the present day. While this conference addressed a range of different topics, it definitely put an emphasis on tech and sustainability. Among the sessions, which can all be rewatched via youtube, were debates about the future of start-ups and tech sovereignty in the EU as well as the role of the latter with regard to helping Ukraine. Next to these debates, the FutureProof Summit offered discussions around “[h]ow to create a start-up that won’t damage the planet”, reasons why Europe is an attractive place for GreenTech founders and why SpaceTech might actually ‘save the planet’.

In a nutshell, whereas the FutureProof Summit did not directly address the role of, for instance, energy start-ups – it both committed itself to domains and topics such as tech, artificial intelligence and environmental protection. The session about tech sovereignty began with a brief definition of the term, respectively the broader term ‘digital sovereignty’. As André Loesekrug-Pietri, Chairman of the Joint European Disruptive Initiative (J.E.D.I.), illustrated…

“It’s all about being independent in our decisions and it’s […] all this political will of being able to shape things and not being shaped by others. If you take a little city, which is […] close here to Lille, 97% of the face recognition cameras are Chinese. Do we have some kind of sovereignty on our images? […] When we see how much political discourses and opinions are formed on social media and none of these social platforms are European – are we independent in the way political opinions are shaped?”

To sum up, Loesekrug-Pietri gave the audience to think that tech sovereignty starts with the local production of certain technologies and hence with a sense for business amid crisis times. The latter certainly is nothing new, but might become more important as the EU tries to catch up on tech with the United States and China. As Dr. Margot Schüller and Dr. Yun Schüler-Zhou from the German Institute of Global and Area Studies (GIGA) stated in a commentary from 2020, Ursula von der Leyen has lobbied for “Europe…to increase its competitiveness in key related areas…[and] have mastery and ownership of key technologies” for some time. Next to enhancing the EU’s capacities with regard to the production of high-tech, it might also be important for EU policy-makers to avoid getting trapped in a bipolar tech-trade competition between the US and China, so the researchers argue.

Looking at sovereignty from an economic perspective, trade can create harmful dependencies and the key here might be to create a good balance. As Loesekrug-Pietri reemphasized during the FutureProof Summit, the EU recently lost huge amounts of money due to being unable to produce certain technology for semiconductors. Such economic dependencies could take the EU’s tech sovereignty – unless it stocks up its capacities as it welcomes innovation in this domain. In other words, the fact that tech is changing and that societies are changing – also might lead to renegotiating so-called ‘power monopolies’, such that were created in the past decades and, especially, after the founding of the EU in 1993. No matter whether the EU stands strong or not, it must work on its future independence starting today. As Julian Ringhof emphasized in the session about tech sovereignty and supporting Ukraine, the EU’s independence in the high tech domain also would allow for future sanctions, wherever they remain an important part of modern-day warfare and support for societal groups in need.

Different than in the latter session, the sessions about GreenTech and start-ups that ‘will not damage the planet’ addressed that it indeed will remain important that start-ups keep thinking about their own emissions and other impacts of their work on society in the future. Consciously strategizing about their impact as a business and making sacrifices where needed to cultivate sustainability, are important! And the EU has been argued to be a particularly attractive place, precisely for GreenTech start-ups. As Jennifer Schenker, founder and editor-in-chief of The Innovator, said during the FutureProof Summit, large companies already play a role in supporting start-ups to become sustainable and make a measurable impact with regard to the UN Sustainable Development Goals, many EU start-ups are by their own efforts putting a conscious emphasis on going green, venture capital firms have been increasing funding to support such efforts, “the EU Green Deal aims to make the EU the first climate-neutral region” and government grants and subsidies in this domain are keeping getting more…To sum up, the EU is busy creating the start-up ecosystem it needs for a thriving GreenTech scene.

Summits in Germany – Have You Tried ‘Start-up Bits & Pretzels’?

On 28th June 2022, it will be so far. The 13th HHL Spinlab Investors Day will be held in Haus Leipzig. As emphasized on the website of the HHL Spinlab Accelerator, they support start-ups from different areas. Whether your start-up is busy with regard to eHealth, energy or smart cities – do not hesitate to consider the opportunity, which this summit has to offer! Not only is Leipzig a city full of technology hubs, but also does this summit bring together reputable venture capital funds with innovative start-ups. Find out more here!

Bits & Pretzels will take place a little later than the HHL Spinlab Investors Day from 25th-27th September 2022 and offer the chance to get to know a wide range of investors and other start-ups. Being located in Munich, it also probably provides an opportunity to try the ‘real’ Pretzels. More important than that however is that Bits & Pretzels is Europe’s biggest founders festival, which is estimated to be attended by 5,000 founders, investors and ‘start-up enthusiasts’! Among the speakers of this summit are, for instance, Niklas Adalberth, founder of Norrsken Foundation; Hanno Renner, CEO of Personio; Hannes Ametsreiter, CEO of Vodafone Germany and Jennifer Dussileck, the founder of finway. In the past various well-known speakers such as Barack Obama, Drew Houston and Reid Hoffman have attended the summit, whose ‘Table Captain Networking’ probably marks an opportunity to pitch in a unique atmosphere! Find out more here!

If neither Munich nor Leipzig draw you in, then you might as well take your chance and visit Dresden! The capital city of Saxony does not only have to offer iconic sights such as the Semperoper, but it will also host the Hightech Venture Days from 11th-12th October 2022 supported by, among others, Henkel Tech Ventures, finindus, Global Foundries, infineon, Continental co-pace and Invest HK. The focus of this summit clearly lies on high tech – it will be attended by 40 high tech start-ups from all over Europe and 180 investors from all around the world! Taking place both online and offline, it will offer 1:1 meetings for optimal networking efforts. Whether you are a start-up in the domain of cleantech, electronics, industry 4.0, materials, medtech or mobility, find out more here and stay tuned!

Are you a start-up, an SME or an entrepreneur with a mission in Germany or Europe? Then our team would be happy to support you on the legal side, especially if you are a migrant founder from Africa! Next to having an office in Frankfurt since 2020 and being specialized on supporting start-ups and SMEs on the German market, we also have various African offices and can additionally provide support across different African jurisdictions, where needed. Contact us for an initial consultation to find out more!