Trade Relationship and Investment Opportunities between Germany and the United States 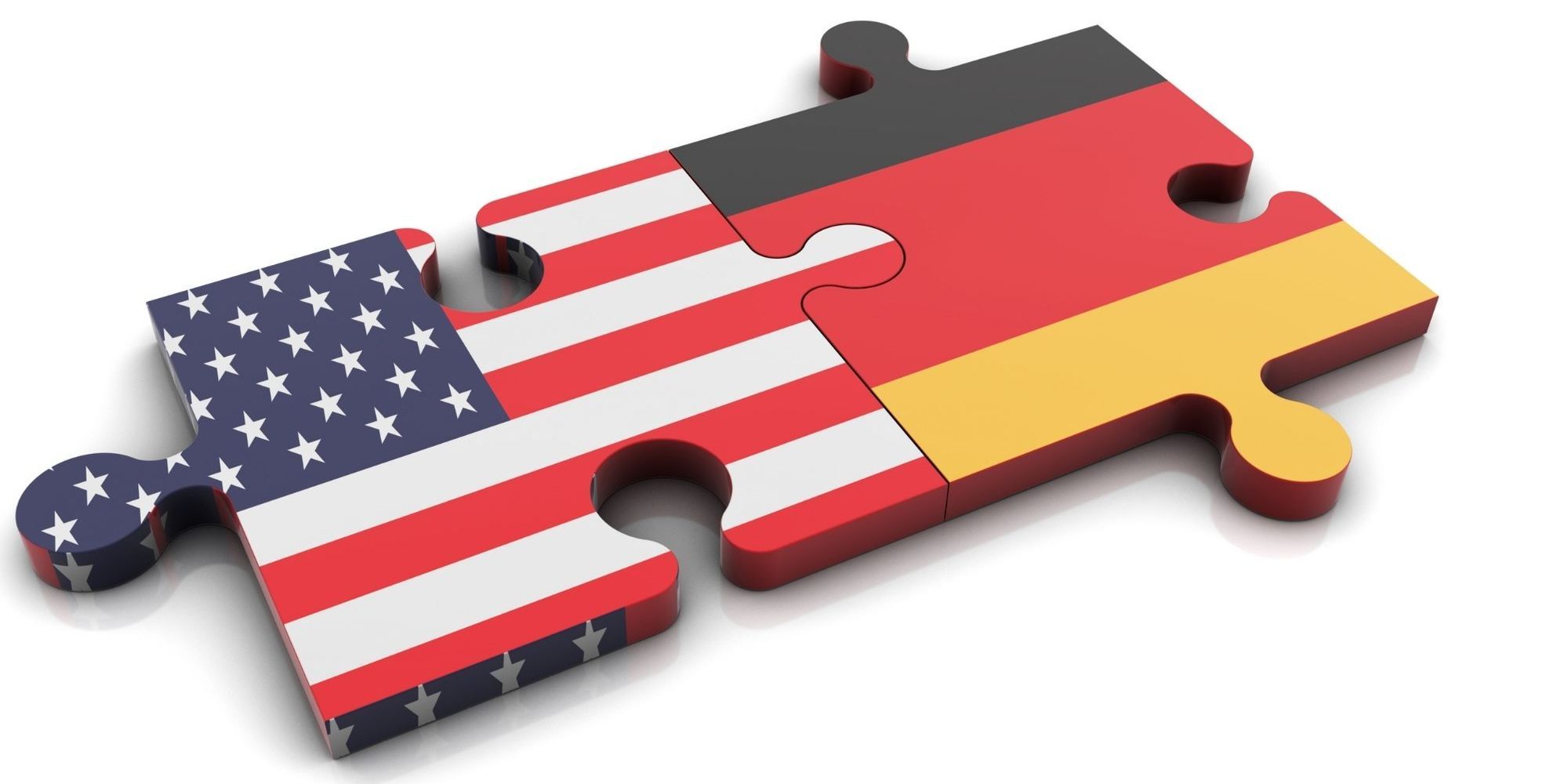 The German American relationship is based on common values and interests such as freedom and democracy. Both countries are currently facing great challenges like international security, climate change and digitisation, as well as the economic effects of the Covid-19 crisis. Therefore, a stable diplomatic relationship as well as increasing trade between the US and Germany is of major importance. This article takes a closer look at foreign investment from both countries, exports and imports and imposed tariffs. Next, the stance of the Biden administration on international trade and cooperation with the EU is evaluated.

The US is one of Germany’s most important export partners. In 2019 the value of German goods exported to the US was worth €119 billion. German goods and services were exported to the US, mostly machinery, vehicles and vehicle parts as well as pharmaceutical products. In contrast, products from America imported by Germany amounted to €71,4 billion in 2019. This means that after China, the Netherlands and France, Germany imports the most goods and services from the United States.

Overall, the portfolio of German direct investments in the US is worth $522 billion whereas US investors have invested around $150 billion in Germany in 2019.

Both countries share strong economic ties, cultural exchange as well as investment opportunities. The US and European Union (EU) combined delivered 42% of the global gross domestic product in 2019.

Another important economic factor is that German companies and their subsidiaries create job opportunities abroad. They are currently employing nearly 700,000 people in the US which positions them as the fourth largest foreign employer in the States.

The impact of the Trump administration on international trade

Under the Trump administration, a new series of trade conflicts arose. In particular, the imposed steel and aluminum tariffs weighed heavily on German companies and their export profits. In March 2018, as a result of Trump’s “America first” protectionist trade policy approach, tariffs on the import of steel (25%) and aluminum products (10%) were imposed. These tariffs came into force at the beginning of June 2018 and affected around 3% of all German goods exported to America. As a reaction, the EU further implemented tariffs on alcoholic beverages such as rum from the US.

Another crucial US-European trade conflict during the Trump era involved subsidies in the aviation sector. This rival dispute between Airbus and Boeing has been going on for years. Since October 2019, the World Trade Organisation (WTO) allowed the US to impose additional tariffs of 10% (later 15%) on commercial aircraft. This impacts EU exports worth $7.5 billion. At the end of 2020, countermeasures in the form of tariffs from the EU on US products were authorised by the WTO impacting US goods worth $4 billion.

Despite these trade conflicts, Trump’s protectionist politics have not resulted in less trade. Between 2016 and 2019, German goods exports to the US increased moderately from around €107 billion to around €119 billion and imports from the US to Germany rose from €58 billion to €71 billion.

To conclude, what Trump criticised and what the Biden administration will likely further stress is the trade deficit, meaning that Germany exports far more goods to the USA than it imports from there. In the next few years, Germany expects to see more incentives and pressure from the US to increase its imports.

The Biden Administration aims to increase cooperation with EU

With the new administration Germany hoped for a constructive diplomatic dialog between the EU and the US, and the reduction of transatlantic trade barriers as well as a stronger cooperation within the World Trade Organisation.

Only weeks after the inauguration, the Biden administration in correspondence with the EU have tackled the issue of current trade tariffs. On the 5th of March 2021, both parties have released a joint statement announcing a four-month suspension of tariffs indicating further negotiation in the future.

This is a positive signal of willingness to cooperate from the Biden administration towards the EU and will positively impact the trade relationship between Germany and the US. From the European perspective, this sets a symbol for stability. The next step would be an agreement on no industrial tariffs from both parties. This would boost trade and as a result, the increased export would speed up the economic recovery after Covid-19. In this context, another positive signal was the unanimous confirmation of Katherine Tai as the first Asian American US trade representative. She has expressed interest in negotiating with the European Union and seeking a settlement for the 16-year long dispute over commercial aircraft subsidies that satisfies both parties.

Are you considering investing in Germany or the US? Or do you plan to found a company in Germany or set up a European branch for your company?

Do you need support for your legal department or do you have questions about legal issues related to foreign investment or taxes?