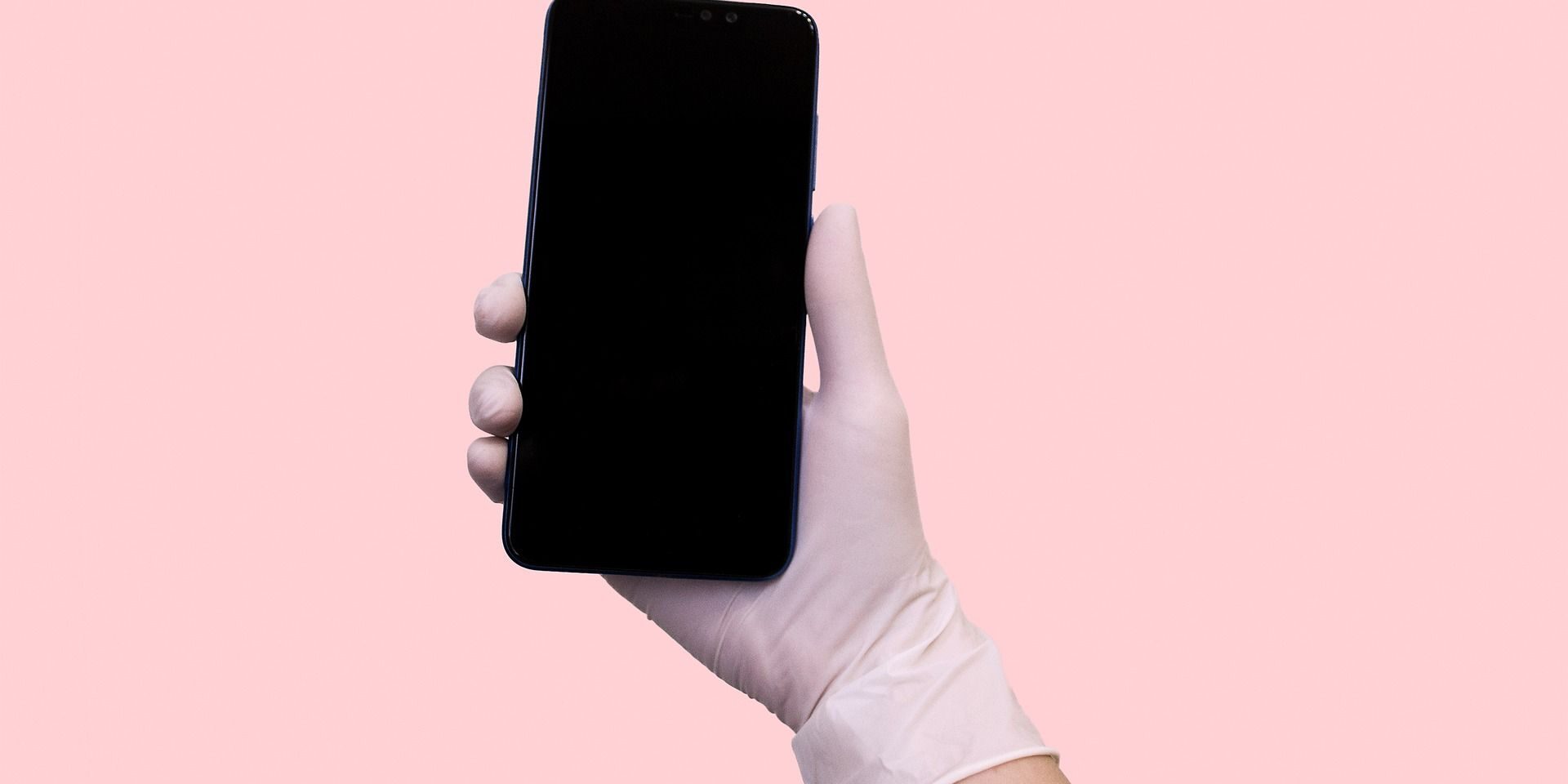 Whereas the fintech sector is certainly a lucrative business for Africa, the healthcare industry and healthtech do not lack too far behind. Already in 2016, did the African health care sector measure a worth of $35 million with Goldstein Market Intelligence having predicted a 6% CAGR growth trajectory from 2017-2030. More recent prospects have reemphasized that CAGR increases will occur rapidly. In South Africa the healthcare market has earlier been estimated to experience a CAGR increase of 4.7% from 2017 to 2022, namely in 2020. This article will provide a few insights about Africa’s health(tech) industry both for investors and start-ups. Most importantly, it intends to encourage them to learn from industry leaders!

While South Africa’s healthcare sector has received praise by some including for the fact that the public sector provides healthcare for 80% of the population, the majority of Sub-Saharan Africa’s poor population has been relying on private healthcare. This, alongside the truth that South Africa’s other 20% make up for 50% of the country’s healthcare spending reemphasizes why healthcare and healthtech start-ups could make a significant impact in Africa, especially during the COVID-19 crisis. Change is much needed to combat inequality of access to and the quality of healthcare – not only in South Africa. In Kenya, only 3% of the poor have access to health insurance coverage. In Guinea-Bissau, 50% of the population lives in rural areas from where healthcare is inaccessible. In Equatorial Guinea, as the Borgen Project lays open, there are only three doctors per 10,000 people and the high cost of modern medicines makes anything but traditional medicine unavailable to local people.

According to the 2016 Healthcare Access and Quality (HAQ) Index, which measures the performance of 195 countries worldwide, sub-Saharan Africa battles with the most challenges in terms of healthcare worldwide. Whereas regional differences were not explained in greater detail (i.e. with regard to intra-regional inequality), Ethiopia, Equatorial-Guinea, Mozambique, Somalia and Guinea-Bissau were found to be coping with grave struggles in terms of healthcare quality and access. Africa’s vulnerable position in relation with healthcare might have motivated McKinsey & Company to discuss whether it should manufacture its own drugs. Whereas such an ambition could in any case not be realized overnight, McKinsey & Company’s lessons might be a useful inspiration for start-ups and investors:

Africa Health Holdings is a series A start-up which was founded in 2017 by Sangu Duelle in Accra, Ghana. Working together with eight investors, the start-up has attracted investments amounting to $32 million. More than half of its investments were obtained through a funding round led by Asia Pacific Land and Natural World Limited, wherein investors such as Breyer Capital, Valiant Capital and SUNU Capital joined in. Beyond offering its mobile health services in Ghana, Africa Health Holdings will also expand to Kenya and Nigeria. As the team has announced via LinkedIn, it cares about the social impact of its work, “value[s] teamwork and the enthusiasm to become a contributor to the development and success of local communities across Africa”. More concretely, its MyCareMobile app will enable online consultations, 24-hour emergency response and access to test results.

Yodawy – an “Egypt-based online pharmacy marketplace” as Wamda explains – was founded by Ahmed ElGazzar, Karim Khashaba, Ramy Mikhael, Sherief El-Feky and Yasser AbdelGawad in Cairo in 2018. Only in July 2021 did the start-up raise $7,5 million in its Series B funding round, which was supported, among others, by Middle East Venture Partners (MEVP), Global Ventures and Algebra Ventures. While Algebra Ventures is often referred to as Egypt’s leading venture capital firm, Dubai-based Global Ventures’s mission is to connect local entrepreneurs to international investors and MEVP is known for “helping bold entrepreneurs scale exceptional companies”, especially in the fields of eEducation and e-health.In a nutshell, their support might aid Yodawy in its mission “to streamline the medication value chain and make sure the consumer gets the medication in the simplest and cheapest way possible”.

Concretely, this is aimed to be achieved by connecting insurance companies, pharmacies, consumers and distributors of pharmaceutical products for an optimal outcome. Based on the knowledge that the “digitalization of medical records” in the Middle East and North Africa (MENA) region is “almost non-existent” and that receipts often maintain paper-based only, as Karim Khashaba emphasizes, Yodawy fills a relevant societal gap. One particular goal, which the start-up has been targeting is the transformation of health insurances. Through the digitization of services, patients can simply claim what they need from home without filling in paper-based forms to reclaim their money for covered products. Doctors can register subscriptions online and directly get an overview of the availability of certain medicines at pharmacies. For pharmacies Yodawy is particularly attractive, because it allows them to gain new clients.

3X4 Genetics was founded by Jason Haddock and Yael Joffe in Cape Town in 2018. Being ranked 7th by startuplist.africa in the domain of healthtech, the start-up has secured a $2,5 million worth of funding in its Series A round. With the start-up providing personalized nutrition advice based on nutrigenomics, which has been defined as “the integration of genomic science with nutrition and, when possible, other lifestyle variables such as cigarette smoking and alcohol consumption”, it is aiming to “prevent, delay or reverse disease”. Thereby, 3X4 Genetics goal to find the root cause of health issues seems particularly innovative, because modern Western medicine is still majorly focusing on treating symptoms. Especially, because Dr. Yael Joffe has gathered extensive expertise in the fields of nutrigenomics with her team bringing together valuable knowledge across different medical fields, nutrition science and molecular biology, it is not surprising that 3X4 Genetics truly is a service for both patients and doctors as well as a start-up with exponential growth potential.

It has so far been supported by HAVAÍC, a South African investment company which supports “early-stage, high-growth and post-revenue African businesses driven by technology with global prospects”, and Alethea Capital Management, a California-based investment firm with the philosophy to fund ‘unconventional’ ideas. With Michael Hubbard having been announced as CEO of 3X4 Genetics in July 2021, the start-up is ready for the US market. The only criticism, which one may want to remark on, is that for optimal outcomes in Africa the start-up should partner up with local health insurance companies – both for increasing accessibility to the company’s proprietary genetic test and related treatment. With the US and Africa both facing tremendous challenges with regard to the affordability of healthcare, 3X4 Genetics should really make sure that it’s method does not become another extra service.

Drugstoc was founded by Adham Yehia and Chibuzo Opara in Lagos in 2015. Very recently, it gained $4,5 million in a Series A round, whereby support from Asia Africa Investment & Consulting (AAIC), KFW DEG, VestedWorld and Liam O’Connor was secured. With Drugstoc planning to ‘aggressively expand’ and supply 100 million Nigerians with quality pharmaceutical products, its mission has a bit in common with that of Yodawy at least in terms of scope and with regard to the goal to supply patients with what they need. Notably, Drugstoc particularly intends to tackle Nigeria’s long-standing issue with non-quality and fake drugs. With AllAfrica remarking that Nigeria’s 2005 drug policy needs to “back legislation for autonomous procurement agencies”, Drugstoc is setting an example.

However, Drugstoc’s work could not only benefit Nigeria. Whereas a scale-up across various African countries might take time, should Drugstoc intend such once it’s work in Nigeria is reaching a wider target group, it is certainly imaginable that other African countries would profit from its approach. The core principles of the latter include the provision of fairly priced, up-to-date quality medicines. Different than Yodawy, Drugstoc focuses on the provision of drugs to pharmacies, government facilities, hospitals, licenced medical professionals and health maintenance organizations (HMOs) from 400 manufacturers. Keeping in mind how economic hardship might burden pharmacies to restock their supply, Drugstoc also offers instant, flexible loans.

Are you an investor or founder with an interest in healthtech? Do not wait until tomorrow to contact us for an initial consultation! We employ legal experts with knowledge across various African jurisdictions and have experience with giving advice on topics such as labour and immigration, tax and customs, contracts and negotiations, corporate governance and compliance as well as data protection, which means as much as we are here to support your business across continents – especially across Africa and Europe!