Understanding Female Entrepreneurship Across the Globe: Why Women’s Growth Orientation Must Be Rewarded 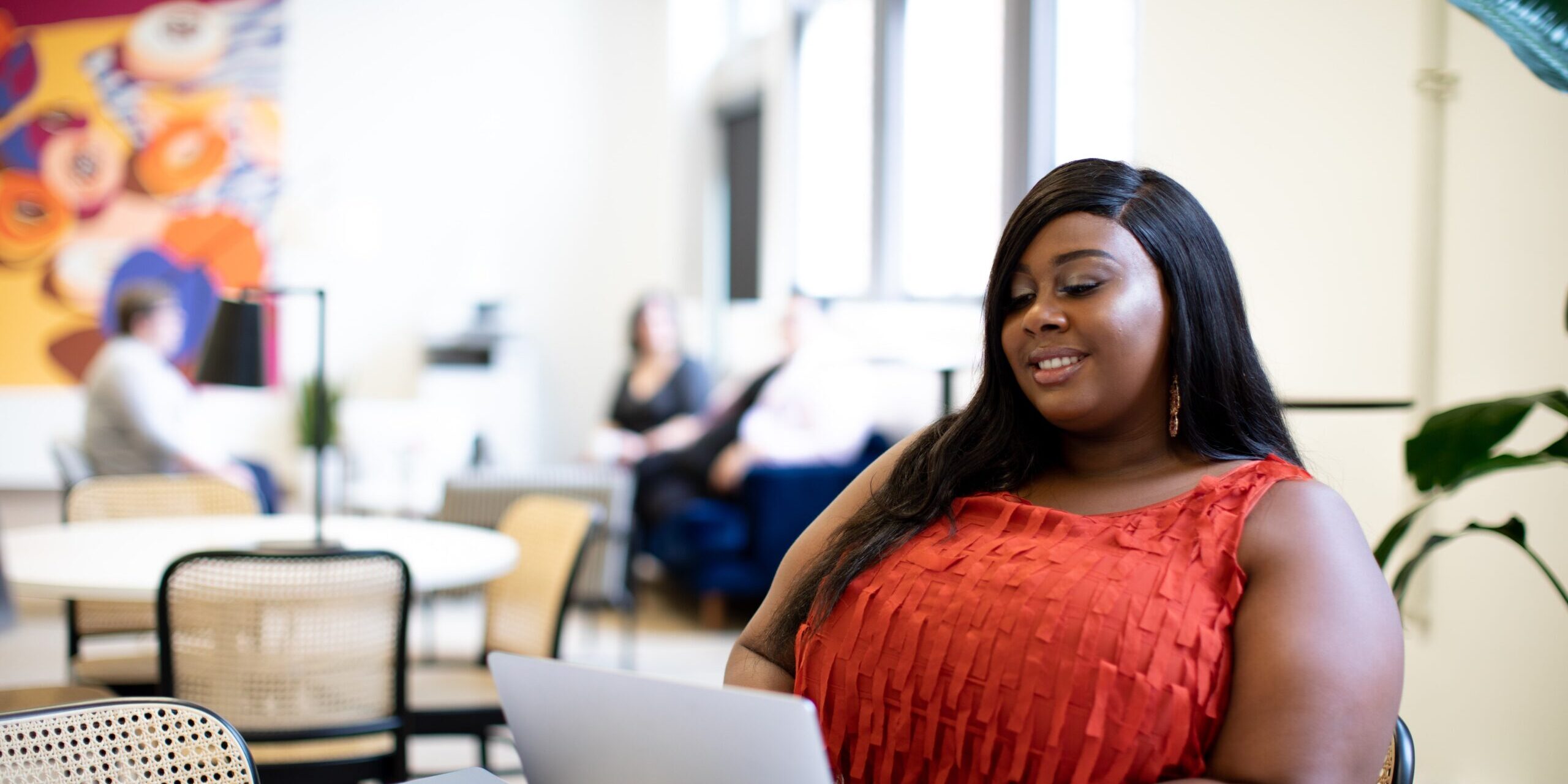 According to the Global Entrepreneurship Monitor (GEM) 2020/2021 Global Report, Italy, Poland and India have “[t]he lowest rates of female early-stage entrepreneurship”, while in Angola and Togo the number of female entrepreneurs outweighs the number of male entrepreneurs with rates of entrepreneurial activity overall skyrocketing. But, what does the badge of early-stage entrepreneurship truly mean? According to the Global Entrepreneurship Research Association (GERA), whose work is to update the GEM which constitutes the only available data source that “enables a comparison of start-up rates across time and space”, it might be less lucrative as expected in the light that only a few women entrepreneurs have been able to transform their start-up into an established business with the COVID-19 crisis having further led to many business closures. However – the GEM also highlights that women are prepared to take risks and face business with bravery…Let’s find out more!

As Schröder, Bobek and Horvat highlight in a 2021 research report on the ‘Determinants of Success of Businesses of Female Entrepreneurs in Taiwan’, entrepreneurship is still a field with fewer women than men, especially in high-income but also in low-income countries. While the COVID-19 pandemic has motivated various women around the world with the intention to start a business, especially in the Latin America and the Caribbean (LAC) region (43%) and the Middle East and Africa (around 39%), female-led established businesses still are overall a minority. However, in Angola, Togo, Saudi Arabia, Oman, Kazakhstan and Indonesia the Total early-stage Entrepreneurial Activity (TEA) rate for women is higher than that for men with women in Angola also being more likely to run an established business. As researchers from the GERA suggest, it could be that entrepreneurship is perceived “as a more masculine activity in countries with a growing gap across stages, but more accepted or even celebrated for women in countries in which the gap does not decline or shrinks”.

While this is not to reject the researchers’ claims, one may want to remark that the binary interpretation of female and male entrepreneurship might be a bit limiting – irrespective of the fact that women have a harder time with certain aspects of starting up a business such as claiming venture capital (VC) funding. Masculinity is not the same as maleness and feminity cannot be reduced to the female sex. Only by overtaking the assumptions that 1) the ‘classical’ entrepreneur is “aggressive, adventurous and self-disciplined”, 2) that the latter characteristics are exclusively connected to the male sex and, 3) that masculinity always plays out in the same way and through the same behaviours – can it be claimed that entrepreneurship is perceived as more ‘masculine’ in certain regions. The researchers’ suggestion might further show that women only received recognition when they acted in accordance with the first assumption – that of aggressively throwing over the norms.

Especially, because styles of business might vary across different geographic locations, socio-economic groups and sectors, it must be reemphasized that – when it comes to discrimination, it must be differentiated whether the latter is based on sex or heteronormative expectations of gender roles. For instance, the fact no female entrepreneurial activity was found in the information and communication technology (ICT) sector in Italy, Luxembourg, Taiwan, Kuwait and the United Arab Emirates could need some further explanations as to how the latter is related with gender stereotypes. Thereby, it would not be enough to analyze why women entrepreneurs might receive no funding or, whether the sectors in which they start up might be economically more profitable. It also needs to be analyzed how these sectors are constructed around a certain ‘prototype’ of an entrepreneur. Standing out seems to be both a good and a bad thing…

Whereas more than 36,5 million women graduated in STEM fields in Europe in 2020, Italy employed only a small amount of them in its ICT sector. As the Global Gender Gap Report 2021 reveals, only 14% of those busy with cloud computing and 32% in data and AI are women. However, these fields are very relevant in the upcoming decades. As the female co-founder and CEO of Live Green Co, Priyanka Srinivas, writes on TechCrunch, in Chile “77% of women entrepreneurs use their own savings as financing, while only 14% have obtained co-financing from state or private programs”. This issue thus is incredibly political. Investors and powerful companies followed by state organizations have a huge say in defining societal ‘norms’ and ‘cultures’ with business culture certainly extending into the private realm.

Probably, this is nothing new, but it just seems that when it shows its worst, entrepreneurship becomes a mirror of an individualist form of capitalism, one – where individual rights can be achieved through the pursuit of ‘toxic masculinity’. While women have traditionally been portrayed as caretakers, thus as group-oriented beings, men’s most archetypal portrayal is probably related to that of a fighter – an individualist being without fear to inflict harm on another for the sake of himself. Extending this interpretation on business is particularly harmful. It implies expecting a lot and supporting very little. What seems relevant to know is that some countries, such as Japan, have more relationship – and group-oriented business cultures. In simple terms, Japan’s business culture values privacy, a gentle approach and trusted long-term business relationships.

Whereas the latter might make Japanese society less open for entrepreneurship, as Kawai, Xheneti and Kazumi might imply by laying open that “the phenomenon of entrepreneurship as a positive career choice is not yet prevalent in the Japanese society”, Japanese business culture could also show the way towards a new compromise, which could establish entrepreneurship as a more group-oriented field thriving on a strongly-networked society rather than exceptionalism. According to the 2019/20 GEM Report, most of the Total early-stage Entrepreneurial activity led by females in Japan is turned into an established business, despite that Japan has fewer and more male entrepreneurs compared to other countries. What will be important in the future is to redefine characteristics such as bravery and assertiveness. Couldn’t it be far more valuable to build a long-term vision and a well-connected network than to create instant revenue?

As implied above, if (some) women make business ‘differently than (some) men’ – this should not scare off investors. Instead, it should motivate them to learn about and transform the world of entrepreneurship together with these women. As the GEM’s Women’s Entrepreneurship 2020/21 Report reveals, female entrepreneurs are growth-oriented (i.e. interested in expanding and hiring multiple employees), perfectly able to deliver innovation and to create benefits for local markets. The fact that they are less likely to scale-up at the international level could hence be seen as an advantage (at least to start with). Women might not only know local markets better than men, but they also contribute to local development in a time where it is much needed for developing countries to become independent – throughout crises. However, this is not to say that female entrepreneurs should stay at home!

Especially, women from low-income countries – who have shown bravery and started up a business during the COVID-19 pandemic possess the drive to inspire others. As the GEM Women’s Entrepreneurship 2020/21 Report reveals, women in Angola had a higher level of entrepreneurship skills than their male counterparts. In addition their experience with starting up a business during times of crisis has taught them to cope with failures. With around 54% of women in the Middle East and Africa having been found to be undeterred by fear of failure, which compares to around 65% in Central and East Asia, around 45% in Europe and North Africa, and around 50% in Latin America and the Caribbean, women need to be supported in different ways.

Whereas women in Europe and North America might have to build overall confidence and a view for business opportunities, women in Latin America might particularly benefit from approaches which limit their fear of failures and make business opportunities more transparent. While women in the LAC region already are motivated by their capabilities, their fear of failure is the highest across regions and it should be addressed whether this relates to the fact that women fund their businesses out of their pockets. Similar to the latter, in the Middle East and Africa must be consulted to find out how their fear of failure is motivated. Especially, because women in all other regions than Europe and North America were actively spotting business opportunities, which motivated them to start up a business, they could also be trained by women from other regions to add additional business skills!

Indeed, what investors should do is support female entrepreneurs in: 1) breaking gender stereotypes, 2) transforming sectors, 3) becoming role models for others, 4) strengthening local markets, 5) involving them in international scale-ups and, 6) transforming business etiquette across the globe. The LAC region witnesses high rates of female entrepreneurial activity, high-growth activity and women’s participation in manufacturing and the transport sector, both of which are described as typically male-dominated – which implies that it’s female entrepreneurs are ready to contribute their skills and new perspectives on best practises if investors allow them to do the latter. Despite that Italy has a low TEA rate, its women have been reporting higher start-up skills than its men. Why not use this knowledge to fund their contribution to a sector, which excludes them – namely, ICT?

Next to the above, women in Colombia were more likely to succeed in selling an innovative product, women in Brazil were more likely to report a high export rate, and women in Panama were more likely to start up with a huge team from day one. All of the latter prove that women navigate their way across societal gaps which exclude them. However, while the LAC region is home to many innovative female entrepreneurs, it also has experienced a significant amount of female business closures. Whereas the female business closure rate was 20% higher than the male business closure rate before the COVID-19 pandemic, the rate skyrocketed for both genders during this time. In fact, no other region worldwide had to cope with such a huge decline, despite that the rate of female-led, innovation-based entrepreneurialism in Panama still amounted to 29,1% in 2020 as data published by Statista reveals. Some of which the data tells us is that women’s intention to contribute to the growth of local start-up scenes needs to be rewarded. It is worth it, because women do not only have better skills in some areas, but they also show bravery despite having little access to capital.

Whether you are an investor with the aim to support female entrepreneurs or whether you are a woman with a clearly-defined mission, our team would like to support you and your business as effectively as possible. We employ legal experts with knowledge across various African jurisdictions and have experience with providing support on topics such as labour and immigration, tax and customs, contracts and negotiations, corporate governance and compliance as well as data protection. Next to our knowledge of the African market, we are also active in Germany and open to support your ambitions across other geographic locations. Contact us to find out more!