From Germany to South Africa 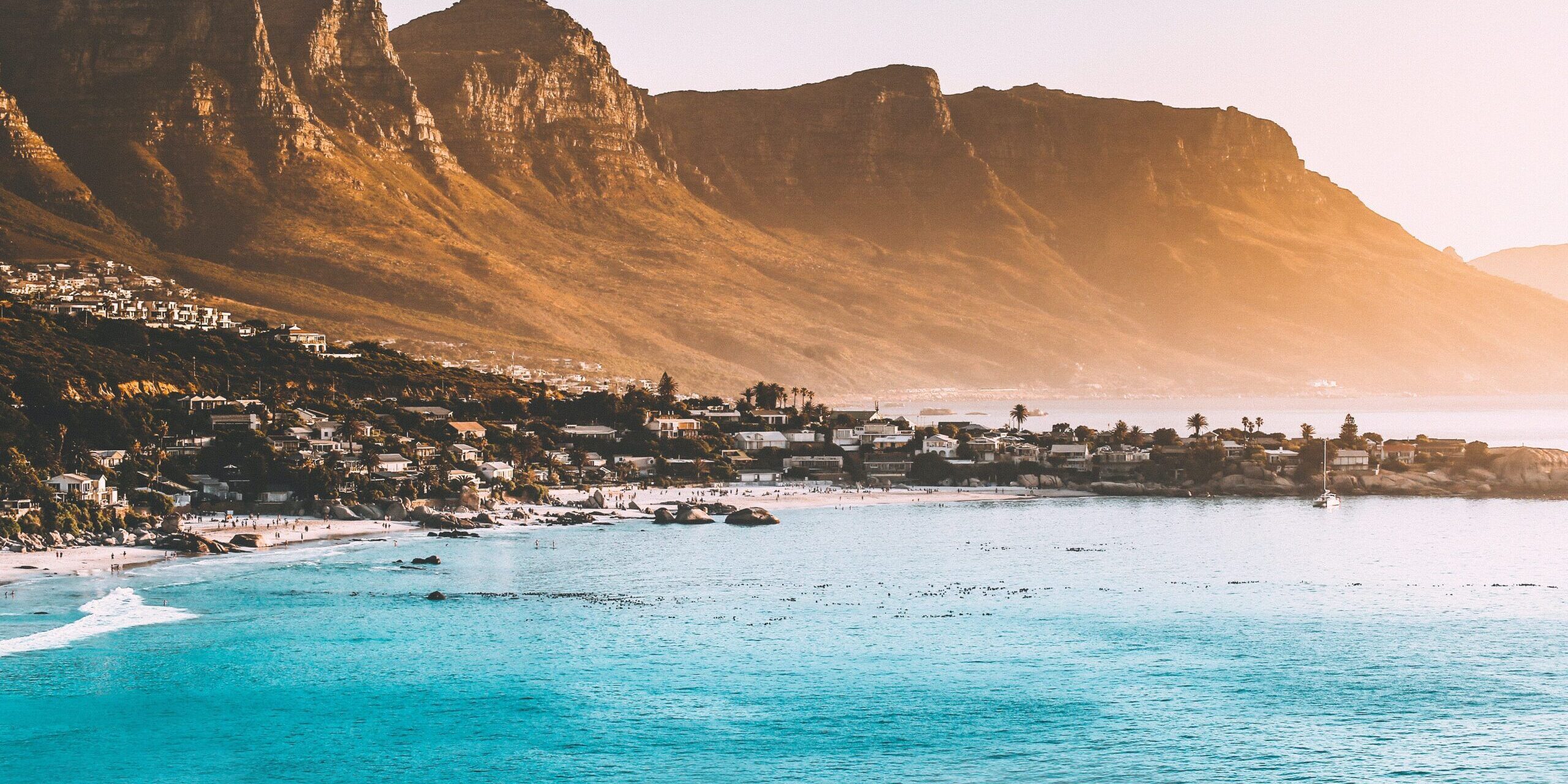 Starting Up A Business In The Rainbow Nation – Cape Town

Are you an entrepreneur from Germany, the EU or another African country with an interest in starting up in South Africa? Then this article might be for you! In a nutshell, it will provide a few arguments why starting up in South Africa can not only be quite exciting, but also beneficial. Focusing on findings from different start-up ecosystem reports and similar sources, this article and the next one will particularly shed light on the benefits of starting up a business in Cape Town and Johannesburg. It has been said the latter cities are not only the most populous spots in South Africa, but also emerging start-up ecosystems in the African entrepreneurship space. Curious? – Then read on below!

Why South Africa? – Solidarity is Not Charity – Fostering Real Transformation…

According to the ‘2018 Startup Ecosystem Analysis South Africa: Venture Finance in Africa Research’ report by VC4A, which was established in cooperation with the Mastercard Foundation, “South Africa[‘s] startup ecosystem is one of the most robust and developed on the continent thanks to several strengths, including significant consumer and business markets, sophisticated entrepreneurial talent, and [a] strong corporate sector”. The latter was affirmed by the results of ‘The Global Startup Ecosystem Report 2021 (GSER 2021)’, which identified Cape Town as one of the 100 top emerging ecosystems and stated that Johannesburg offered one of the top 5 ecosystems on the African continent. Whereas this article will focus on Cape Town, in the next article we will provide a few winks about starting up a business or expanding to Johannesburg!

Anyways, what is it that makes it beneficial to invest in South Africa by setting up a business there in general? Whereas South Africa certainly has many benefits to offer – such as an inspiration natural habitat; a more lucrative corporate tax rate than other African countries; a progressive tax regime for digital nomads – both in the mid-term and temporary;  an educated workforce to support foreign start-ups and SMEs; a well-connected network of accelerators; a track-record of investments including in tech; and an environment with other inspiring entrepreneurs; it need not be forgotten that it is probably the most beneficial to invest and build up something new somewhere, where innovation is much-needed to tackle societal and environmental challenges. With South Africa having been reliant on coal for a long time and witnessing high rates of unemployment, investing in South Africa certainly could be a chance to promote changes at the local level and in turn build-up long-term trade relationships also in terms of knowledge transfers, which will keep getting more important as a consequence of the digitalization of various sectors and society overall.

This also is exactly what is meant by ‘solidarity is not charity’. For a long time, it has been taken for granted that countries in the Global South and on the African continent provide natural resources without receiving adequate investments to compensate for such transfers. Today, as challenges with regard to the renewable energy transition are affecting both the Global North and the Global South, it has become more obvious to many nations that supporting local capacity building, the building up of local infrastructures for the implementation and use of new technologies and the promotion of local independence etc. deliver a very much needed impact. For start-ups who come to South Africa and Cape Town, this means to consider not only what they can get out of this unique location, but also what this location might allow them to build! Indeed, for a technology to be tested, it needs the right environment and for a business idea to be lucrative it needs the right target group and context. Which impact could you make in South Africa and Cape Town, which you could not make at home? This is the question, which start-ups and SMEs should be asking themselves right now! However, we also encourage you to find out more about Cape Town below!

As the GSER 2021 found, Cape Town is not only “Africa’s digitech hub”, but also is “home to almost two-thirds of all start-ups in South Africa”. With an ecosystem value of $1,2 billion and a total early-stage funding sum of $105 million,  Cape Town may lie below the global average, however it is ahead the top 5 performers in Africa on #1 – with Lagos ranking 2nd, Johannesburg ranking 3rd, Nairobi ranking 4th and Accra ranking 5th . The latter proves very well that the monetary value of different start-up ecosystems has to be compared in consideration of living standards, average incomes, exchange rates, economic well-being etc. As indicated in a 2019 report, which was published by Invest Cape Town and established by the Economic Research Unit at the Organisational Policy and Planning Department of the City of Cape Town, Cape Town “typically produces 70% of the provincial GDP” in the Western Cape (GDP 2019: R436,643 million/ €27,598.79 million). The latter fact demonstrates that the Western Cape relies on Cape Town as a business hub – which is not to say that a better regional network should not be supported by investors and entrepreneurs.

That the GDP per capita is also slightly higher in Cape Town than that in other municipalities in the Western Cape, makes sense considering that “Cape Town is the [2nd] most populous city in South Africa behind Johannesburg” in 2022 as the World Population Review revealed through its research. Cape Town is indeed not only a business hub, but also a point of attraction for tourists and international travellers. Lastly, this may explain why sectors such as trade are particularly dominant in Cape Town, whereby the city has also been particularly strong in output on finance, community services and manufacturing. Well-known fintech companies in Cape Town are, for instance, Jumo, Yoco, Retail Capital, Stitch and Wealth Migrate as Traxcn points out. In the future, the tech boom in Cape Town could be taken to a new level as long as its internet penetration of 63% maintains the same or becomes better. Indeed, the reason why Cape Town might be so popular among founders is because of its ‘startup infrastructure’, which includes more reliable internet access than some rural areas in the Western Cape, a large network of accelerators and co-working spaces to accommodate entrepreneurs as well as various supporting institutions ranging from universities (i.e. the University of Cape Town, Stellenbosch University etc.) and venture capital firms (i.e. Naspers) to government initiatives (i.e. the Technology Venture Capital Fund by the DTIC).

Especially since South African start-ups, alongside other start-ups from Nigeria, Kenya and Egypt, let themselves not get discouraged by the COVID-19 crisis and raised $4 billion in 2021, as The Africa Report has underlined in an article from the end of the last year, one reason to relocate to Cape Town could be the motivation to support these efforts. Nowadays start-ups oftentimes orient themselves at the UN’s Sustainable Development Goals (SDGs) or at the least strategize on making a positive environmental impact (i.e. by reducing their carbon footprint) and minimizing environmental, social and governance (ESG) risks. Such efforts should certainly also include a view for solidarity interpreted at a broad scale. Whereas solidarity might sometimes be understood in financial terms (i.e. VC funds with a focus on supporting founders from minority groups etc.) and in terms of trade (i.e. supporting local production in the Global South while keeping a close eye on global value chains), it might also have to be looked at differently- namely in terms of supporting local content, knowledge and, based on the latter two, also local production. By relocating to a new location and becoming a customer of the services of other start-ups as well as by entering partnerships to scale up the impact of local start-ups at the global scale or in another national context, it can be assured that other companies do the same.

Wherever relocations and partnerships multiply, chances will also become higher that international investors are confident to invest into projects in relation with the more general infrastructure of foreign countries and municipalities (i.e. for better electricity provision based on renewables etc.). In other words, the simple act of relocation can go a long and mutually beneficial way provided that international businesses inform themselves about how to strategically create an impact together. As mentioned earlier, in Cape Town especially fintech, but also edtech are dominant sectors, which consequently have created well-connected networks. At the same time, it has been said that Cape Town’s 4 most reputable universities “produce more than 12,000 STEM graduates and more than 500 coders a year […with] [s]oftware developers in Cape Town [being] 40–80% less expensive than in developed markets”. The latter should particularly raise the attention of start-ups and SMEs with a drill for the digital universe. Whether your work is in renewables, transportation, smart agriculture, recycling or waste management – South African professionals would be ready to support your company while digitizing your operations from Cape Town and the Atlantis Special Economic Zone (ASEZ) covers all these domains aiming to promote circularity.

If you are a start-up or an SME from Germany, the EU or another African country with an interest to start or scale up in South Africa, then we will happily assist you with regard to all your questions regarding the relocation of your business, business strategies and legal matters. Our team is specialized on supporting businesses between Germany and Africa and has knowledge across various African jurisdictions. Notably, our support starts with providing help on immigration and relocation matters, but it does not stop there – taxes, tech, intellectual property and much more is all part of our expertise and services! Contact us today to ask us business-related questions about Cape Town and discuss your (potential) plans in (South) Africa!